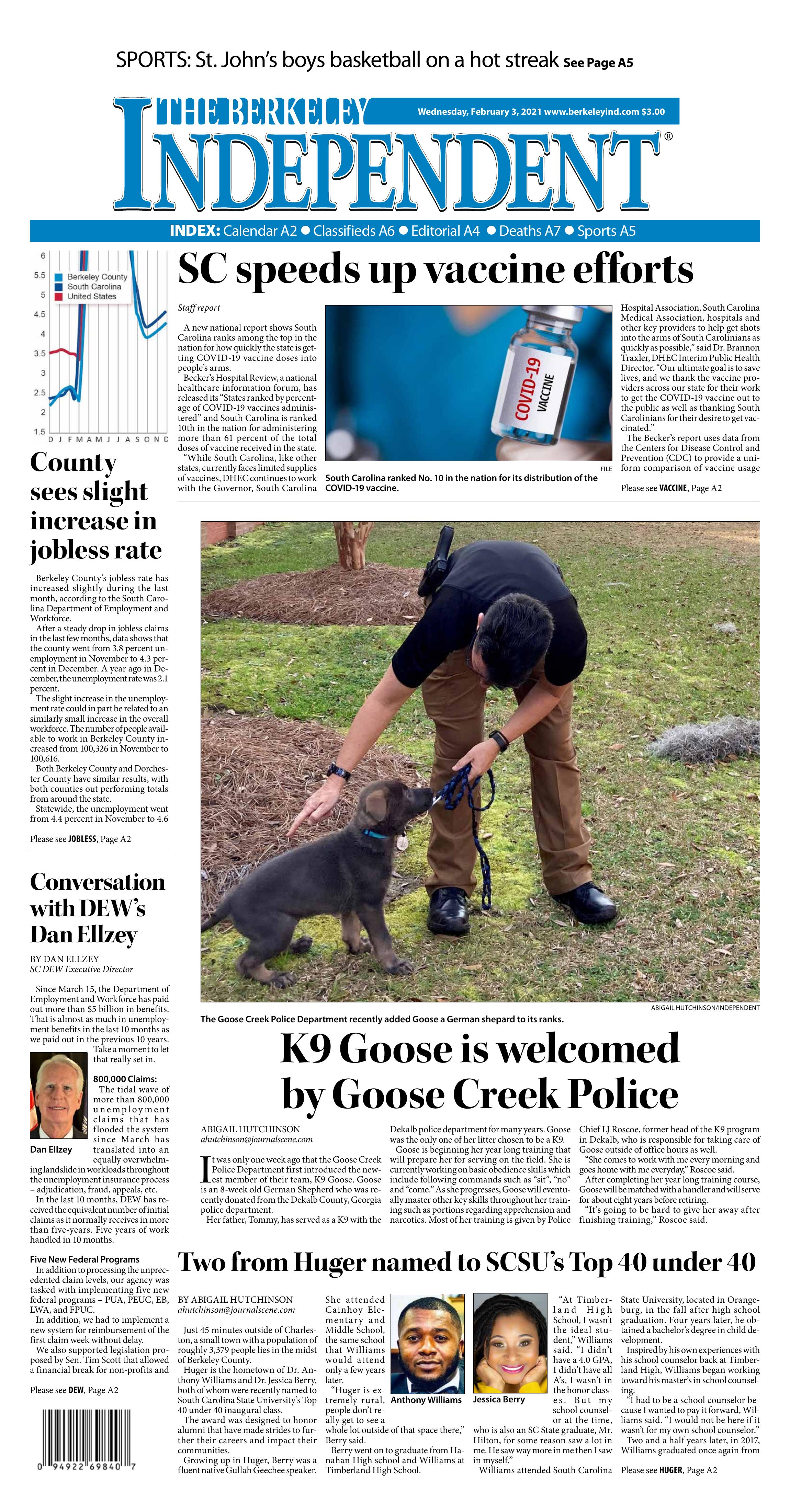 South Carolina ranked No. 10 in the nation for its distribution of the COVID-19 vaccine.

A new national report shows South Carolina ranks among the top in the nation for how quickly the state is getting COVID-19 vaccine doses into people’s arms.

Becker’s Hospital Review, a national healthcare information forum, has released its “States ranked by percentage of COVID-19 vaccines administered” and South Carolina is ranked 10th in the nation for administering more than 61 percent of the total doses of vaccine received in the state.

The Becker’s report uses data from the Centers for Disease Control and Prevention (CDC) to provide a uniform comparison of vaccine usage among states. It shows the rate at which doses are used based on the total number of shots given out of total doses received.

In mid-January, the CDC had indicated South Carolina was among one of the lowest states for rates of doses distributed and of shots given per 100,000 people, but that reporting failed to include the more than 200,000 doses South Carolina has dedicated in lump-sum to a statewide effort for vaccinating every long-term care facility resident and staff member in the state.

The CDC’s Data Tracker does not calculate a utilization rate showing the doses administered relative to doses distributed. The manner in which the Becker’s report shows the rate of vaccine use is a much better way to report vaccine utilization, especially when drawing comparisons between states.

“We continue to make great progress in our vaccine rollout across South Carolina and the biggest challenge has been and continues to be the limited doses of vaccine available,” Traxler said. “All states are dealing with the challenges of ensuring every drop of vaccine is administered to those most vulnerable to COVID-19.”

Until enough vaccine is available for everyone, South Carolinians should continue to take the daily disease prevention precautions that work, as COVID-19 is still spreading across our state at high levels, according to a prepared statement from DHEC.

Even after receiving the vaccine, residents should wear a mask and physically distance from others until enough of the population is vaccinated against this deadly virus, according to DHEC.

It was only one week ago that the Goose Creek Police Department first introduced the newest member of their team, K9 Goose. Goose is an 8-week old German Shepherd who was recently donated to Chief LJ Roscoe.

Her father, Tommy, has served as a K9 with the Dekalb County Sheriff's office for many years. Goose was the only one of her litter chosen to be a K9.

Goose is beginning her year long training that will prepare her for serving on the field. She is currently working on basic obedience skills which include following commands such as “sit”, “no” and “come.” As she progresses, Goose will eventually master other key skills throughout her training such as portions regarding apprehension and narcotics. Most of her training is given by Chief LJ Roscoe, former head of the K9 program in Dekalb County, who is responsible for taking care of Goose outside of office hours as well.

After completing her year long training course, Goose will be matched with a handler and will serve for about eight years before retiring.

“It’s going to be hard to give her away after finishing training,” Roscoe said.

Just 45 minutes outside of Charleston, a small town with a population of roughly 3,379 people lies in the midst of Berkeley County.

Huger is the hometown of Dr. Anthony Williams and Dr. Jessica Berry, both of whom were recently named to South Carolina State University’s Top 40 under 40 inaugural class. 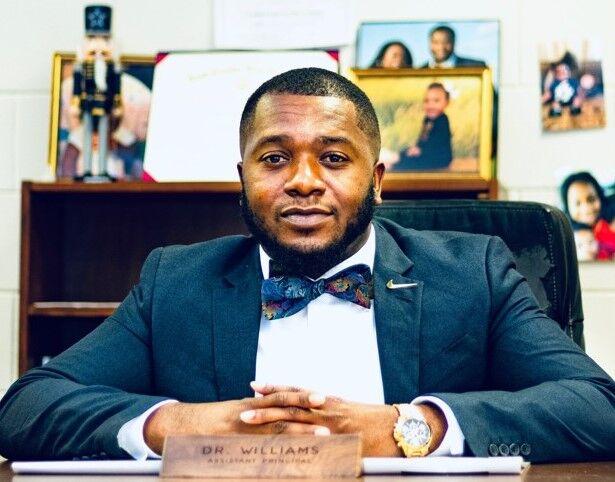 The award was designed to honor alumni that have made strides to further their careers and impact their communities.

Growing up in Huger, Berry was a fluent native Gullah Geechee speaker. She attended Cainhoy Elementary and Middle School, the same school that Williams would attend only a few years later.

“Huger is extremely rural, people don’t really get to see a whole lot outside of that space there,” Berry said.

Berry went on to graduate from Hanahan High school and Williams at Timberland High School.

“At Timberland High School, I wasn’t the ideal student,” Williams said. “I didn’t have a 4.0 GPA, I didn’t have all A’s, I wasn’t in the honor classes. But my school counselor at the time, who is also an SC State graduate, Mr. Hilton, for some reason saw a lot in me. He saw way more in me then I saw in myself.”

Inspired by his own experiences with his school counselor back at Timberland High, Williams began working toward his master’s in school counseling.

Two and a half years later, in 2017, Williams graduated once again from SC State University with an administration degree. For a final time in July 2020, Williams completed his doctoral degree at SC State and since has been serving as an assistant principal at Sumter High School.

Today, Williams uses his personal experience of growing up in Huger as a testimony to what students can become despite any current circumstances.

“Being from that community, I understand there’s a lot of difficult situations and that circumstances aren’t always ideal,” Williams said. “Sometimes when you’re in it, you can’t see out of it. When I was a school counselor I used to say, ‘your grades are your get-out. Continue to pour into your school work and you will get out. If you want to be a lawyer or a doctor or a dentist or a principal, it is possible.’ I could have been a principal with just my master’s degree but my doctoral degree is to show the kids that you can do it. It’s not that far fetched. Go get it,” Williams said.

After completing her undergraduate degree at Winthrop University, Berry began pursuing her master’s at SC State University. It was during this time that her passion for educating the next generation on cultural biases that exist and advocating for people who don’t speak mainstream English was first sparked. 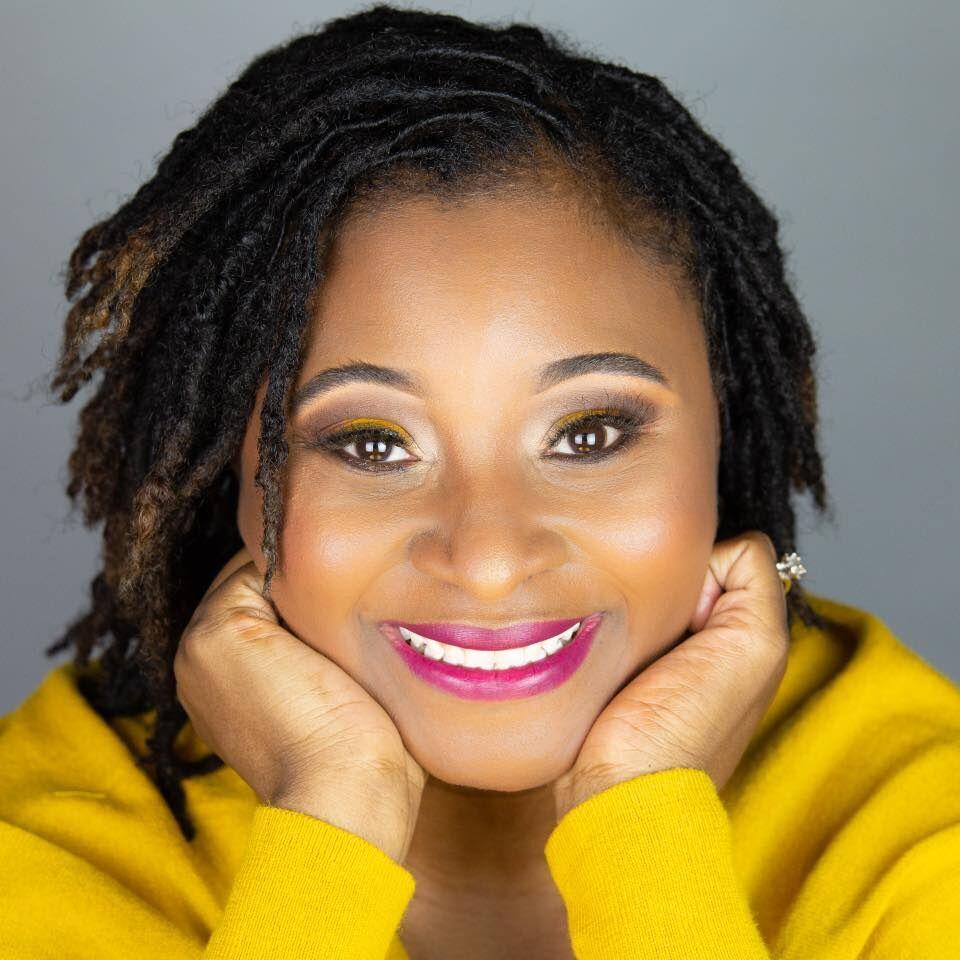 After receiving her doctoral degree from Louisiana State University, Berry returned to the state to serve closer to home.

Today, Berry continues to partner with school districts promoting this advocacy and even writing a book titled “The little Gullah Geechee: A Guide for the Come Ya (2019),” in an ambition to educate others on the Gullah Geechee culture.

Since 2017, Berry has served as an assistant professor with SC State in the speech pathology department.

Growing up unsure if she would ever have the opportunity to obtain a degree as grandiose as her own, she now leads the same department where she was once a student.

“My hope is that there’s another little girl in my area who sees me get this award and serve the community and educate people about who we are as Gullah Geechee and decide that I am worth it,” Berry said.

Berkeley County’s jobless rate has increased slightly during the last month, according to the South Carolina Department of Employment and Workforce.

After a steady drop in jobless claims in the last few months, data shows that the county went from 3.8 percent unemployment in November to 4.3 percent in December. A year ago in December, the unemployment rate was 2.1 percent.

The slight increase in the unemployment rate could in part be related to an similarly small increase in the overall workforce. The number of people available to work in Berkeley County increased from 100,326 in November to 100,616.

Both Berkeley County and Dorchester County have similar results, with both counties out performing totals from around the state.

Statewide, the unemployment went from 4.4 percent in November to 4.6 percent in December.

“The latest release shows a slight uptick to 4.6 percent in December 2020 from November’s revised unemployment rate of 4.4 percent. Unfortunately, we lost 3,646 jobs from the ranks of the employed,” said S.C. Department of Employment and Workforce Executive Director, Dan Ellzey.

Ellzey also said that December 2020 was filled with uncertainty as the CARES Act federal programs came to an end.

“We all watched and waited to see if federal extensions would be signed into law,” he said. “Now that our agency has swiftly implemented the FPUC, PUA and PEUC extensions, we are encouraging claimants to look at opportunities in the new year.”

The state agency’s Project Job One initiative continues to promote the 75,000 jobs posted in the SC Works Online Services (SCWOS) portal, according to Ellzy.

“These are great jobs, and those who are quick to take action and apply for these positions will get the best jobs,” he said. “Not only that, they will be receiving additional perks such as medical benefits and retirement opportunities. Waiting could mean missing this opportunity.

According to the most recent report provided from DEW, industries reporting employment gains were trade, transportation and Utilities (+6,900); professional and business services (+5,300); leisure and hospitality (+2,300); construction (+900); and government (+500).

Ellzey said DEW has tools to help match jobs with the unemployed or under employed.

“Conducting a few work searches each week can increase someone’s chance of finding a job exponentially, and by doing the work search through the SCWOS app at the same time they certify their UI claim in the SCDEW app, they engage in a habit that could be the key to employment,” Ellzey said.

With 2021 upon us, the S.C. Department of Employment and Workforce is looking back over the last ten months to see not only how far we have come, but also a look to what’s in store for the new year. This pandemic, unlike more typical economic recessions, has brought unforeseen challenges and while there are certainly lessons learned and things we could have done differently, the truth is, our agency has done a lot of things right.