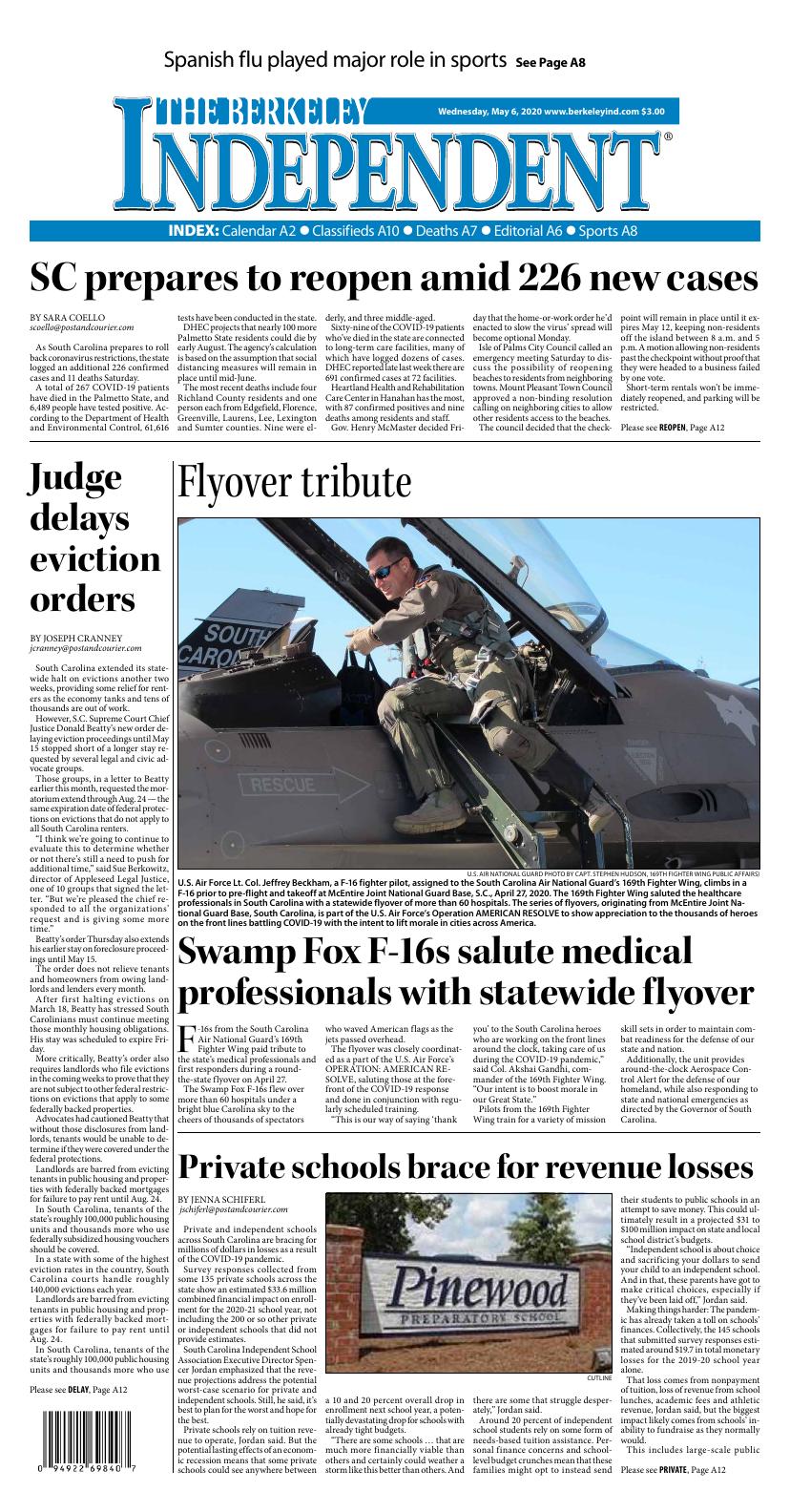 U.S. Air Force Lt. Col. Jeffrey Beckham, an F-16 fighter pilot, assigned to the South Carolina Air National Guard’s 169th Fighter Wing, climbs in a F-16 prior to pre-flight and takeoff at McEntire Joint National Guard Base, S.C., April 27, 2020. The 169th Fighter Wing saluted the healthcare professionals in South Carolina with a statewide flyover of more than 60 hospitals. The series of flyovers, originating from McEntire Joint National Guard Base, South Carolina, is part of the U.S. Air Force’s Operation AMERICAN RESOLVE to show appreciation to the thousands of heroes on the front lines battling COVID-19 with the intent to lift morale in cities across America.

U.S. Air Force Lt. Col. Jeffrey Beckham, a F-16 fighter pilot, assigned to the South Carolina Air National Guard’s 169th Fighter Wing, climbs in a F-16 prior to pre-flight and takeoff at McEntire Joint National Guard Base, S.C., April 27, 2020. The 169th Fighter Wing saluted the healthcare professionals in South Carolina with a statewide flyover of more than 60 hospitals. The series of flyovers, originating from McEntire Joint National Guard Base, South Carolina, is part of the U.S. Air Force’s Operation AMERICAN RESOLVE to show appreciation to the thousands of heroes on the front lines battling COVID-19 with the intent to lift morale in cities across America.

The Swamp Fox F-16s flew over more than 60 hospitals under a bright blue Carolina sky to the cheers of thousands of spectators who waved American flags as the jets passed overhead.

The flyover was closely coordinated as a part of the U.S. Air Force’s OPERATION: AMERICAN RESOLVE, saluting those at the forefront of the COVID-19 response and done in conjunction with regularly scheduled training.

“This is our way of saying ‘thank you’ to the South Carolina heroes who are working on the front lines around the clock, taking care of us during the COVID-19 pandemic,” said Col. Akshai Gandhi, commander of the 169th Fighter Wing. “Our intent is to boost morale in our Great State.”

Pilots from the 169th Fighter Wing train for a variety of mission skill sets in order to maintain combat readiness for the defense of our state and nation.

Additionally, the unit provides around-the-clock Aerospace Control Alert for the defense of our homeland, while also responding to state and national emergencies as directed by the Governor of South Carolina.

Private and independent schools across South Carolina are bracing for millions of dollars in losses as a result of the COVID-19 pandemic.

Survey responses collected from some 135 private schools across the state show an estimated $33.6 million combined financial impact on enrollment for the 2020-21 school year, not including the 200 or so other private or independent schools that did not provide estimates.

South Carolina Independent School Association Executive Director Spencer Jordan emphasized that the revenue projections address the potential worst-case scenario for private and independent schools. Still, he said, it’s best to plan for the worst and hope for the best.

Private schools rely on tuition revenue to operate, Jordan said. But the potential lasting effects of an economic recession means that some private schools could see anywhere between a 10 and 20 percent overall drop in enrollment next school year, a potentially devastating drop for schools with already tight budgets.

“There are some schools … that are much more financially viable than others and certainly could weather a storm like this better than others. And there are some that struggle desperately,” Jordan said.

Around 20 percent of independent school students rely on some form of needs-based tuition assistance. Personal finance concerns and school-level budget crunches mean that these families might opt to instead send their students to public schools in an attempt to save money. This could ultimately result in a projected $31 to $100 million impact on state and local school district’s budgets.

“Independent school is about choice and sacrificing your dollars to send your child to an independent school. And in that, these parents have got to make critical choices, especially if they’ve been laid off,” Jordan said.

The pandemic has already taken a toll on schools’ finances. Collectively, the 145 schools that submitted survey responses estimated around $19.7 in total monetary losses for the 2019-20 school year alone.

That loss comes from nonpayment of tuition, loss of revenue from school lunches, academic fees and athletic revenue, Jordan said, but the biggest impact likely comes from schools’ inability to fundraise as they normally would.

At Pinewood Preparatory School, a pre-K through 12th grade private school in Summerville, school leaders made the decision to not eliminate positions this school year, said Head of School Dan Seiden.

Seiden estimated the school has lost somewhere around a few hundred thousand dollars in revenue this school year as the result of the pandemic, mostly from after school childcare and meal services.

The school is still taking precautions, including halting staff raises next year.

Still, Seiden said, Pinewood Prep isn’t forecasting a steep decline in enrollment next year. In fact, he’s optimistic that the school could see higher than average new student admissions in the fall.

“What we’re hearing time and time again is the reality that families are telling us ... that their schools have failed them, point blank and provided insufficient guidance, instruction, support and communication,” he said, referencing frustrated public school parents.

As a result, he expects that Pinewood could see some sort of a “summer surge” in student enrollment.

“I think families that are super frustrated with their current options are ... looking at other options,” he said.

One space where the school does expect to see a drop in enrollment is from its international students, who paid somewhere around $19,000 in tuition for the 2019-20 school year, according to the school’s website.

Fortunately, he said, the school isn’t dependent on international student tuition revenue to operate. Also a benefit: some families have stepped up and made donations to help offset some of the pandemic’s financial impact.

“I really do feel like the knee jerk reaction is to suggest that it is going to be all doom and gloom,” he said. “If you’re really really rock solid on your mission and your product and your value proposition, we’re kind of standing here, looking around and saying, ‘Maybe we’re the optimist here, but we actually think there’s a potential for a boomerang effect.’” 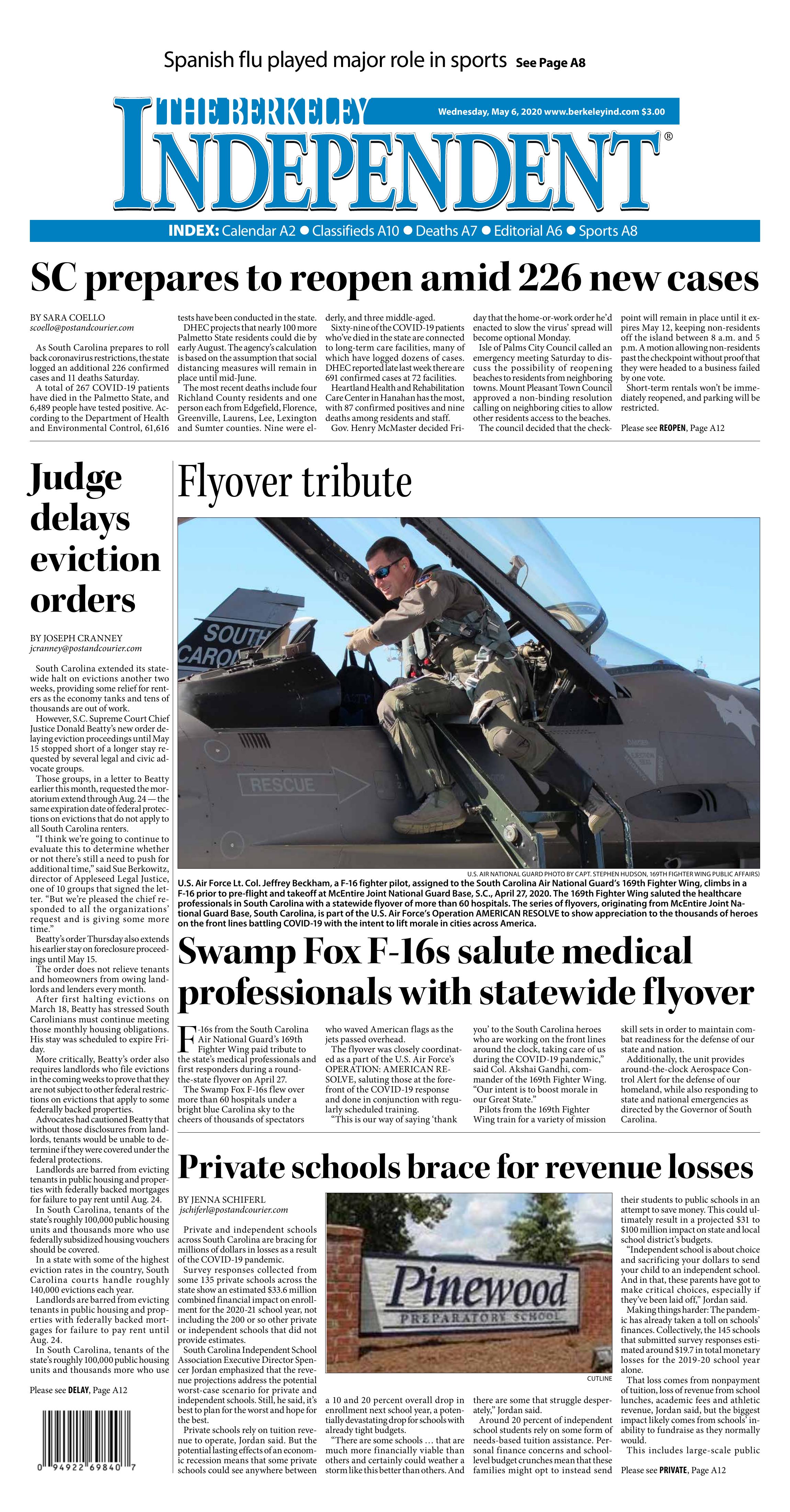