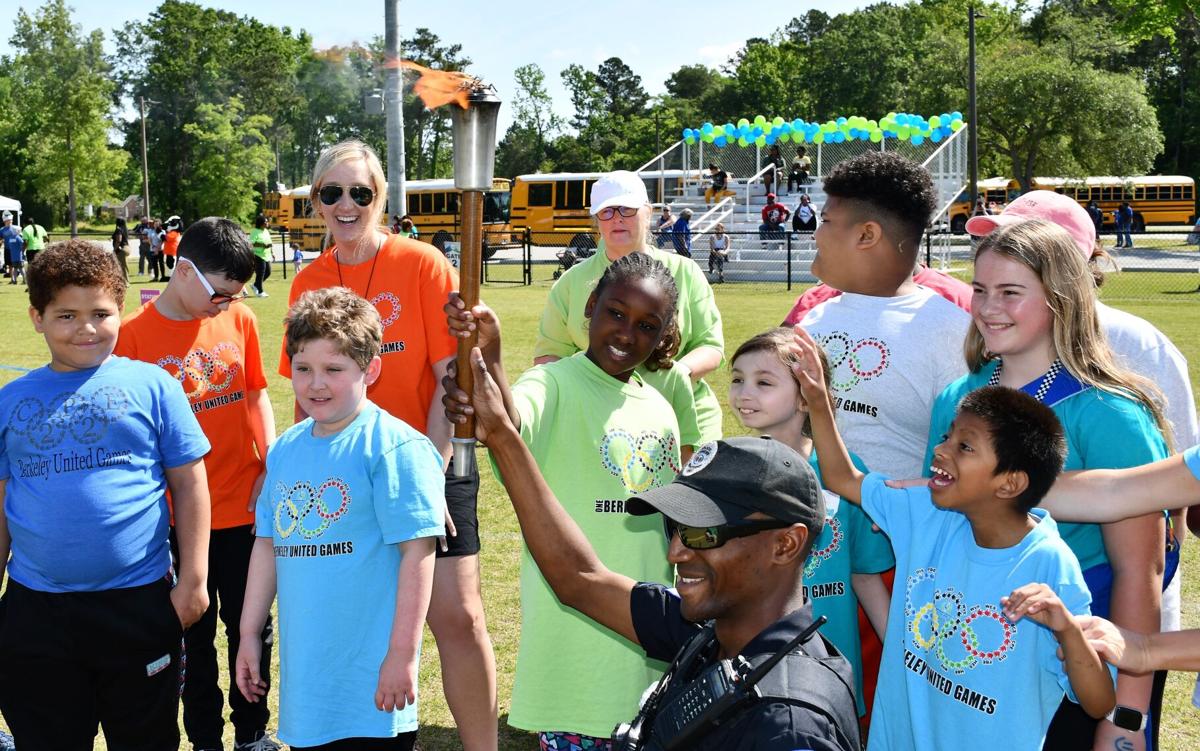 Moncks Corner Police Officer Keaun Thompson, with participants and volunteers after lighting the torch to start the inaugural One Berkeley United Games on April 21. The event was held for Berkeley County School District students with disabilities at the Moncks Corner Recreation Complex. 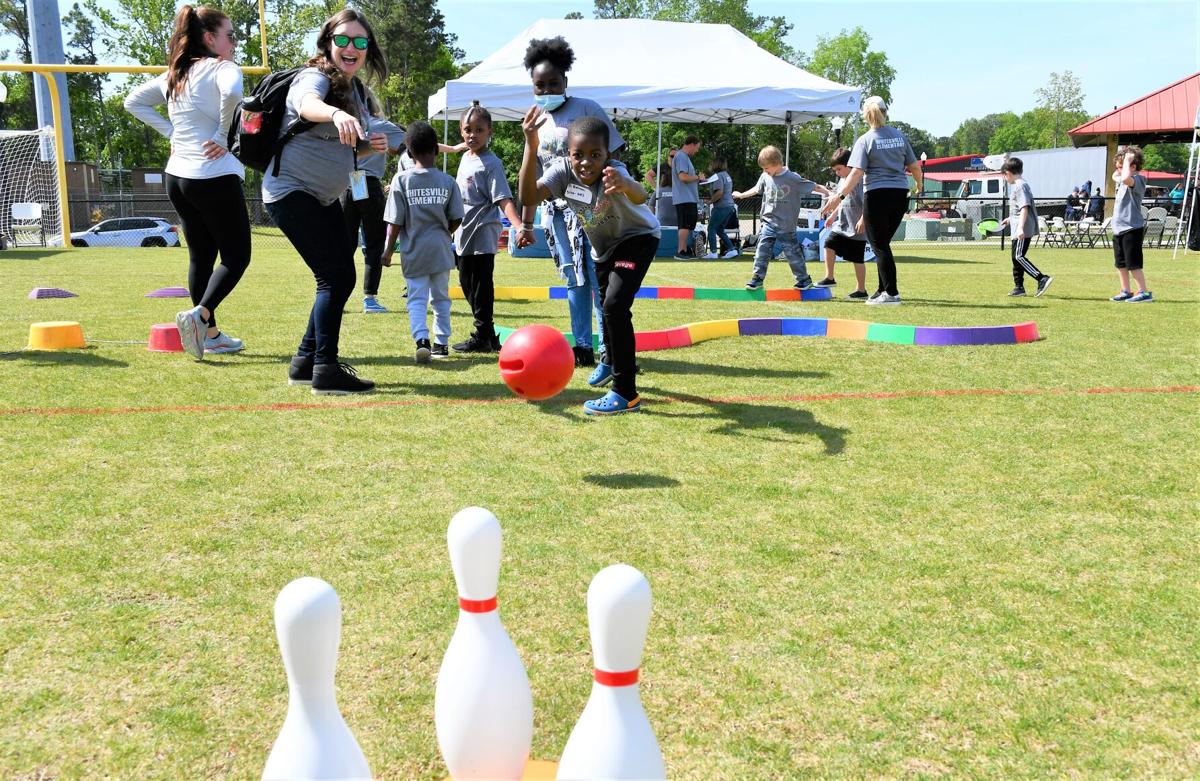 Whitesville Elementary student Eli Rahvon participates in one of several activities at the Moncks Corner Recreational Complex on April 21.

Moncks Corner Police Officer Keaun Thompson, with participants and volunteers after lighting the torch to start the inaugural One Berkeley United Games on April 21. The event was held for Berkeley County School District students with disabilities at the Moncks Corner Recreation Complex.

Whitesville Elementary student Eli Rahvon participates in one of several activities at the Moncks Corner Recreational Complex on April 21.

On the morning of April 21, a convoy of buses carrying students from 14 Berkeley County schools rolled into the Moncks Corner Recreation Complex. Complete with an Honor Guard and a ceremonial torch lighting, the One Berkeley United event had finally come to fruition.

One Berkeley United started as an idea that included about half a dozen schools. But as word spread, the grassroots effort flourished, fed by things the pandemic created a hunger for — normalcy, community and inclusion.

The event, held for Berkeley County School District's students with disabilities, had to be pushed back a couple of weeks due to weather. But on April 21, an abundance of outdoor activities took place under perfect skies and a subtle breeze, a fitting scene for an affair held to celebrate children who spread the most sunshine.

The site offered wide open spaces for the kids. The day allowed them to be together in large fields filled with painted cubes, each offering a different activity, from things like parachute exercises and bowling to small obstacle courses. Students who participated in the activities received medals at the end.

Megan Sanders, a Berkeley County parent with a child in the special needs program, said it was great to hold accessible activities for kids.

“I think these kids make everyone else happy and I think they deserve a spotlight and a day that completely includes things that are adapted for them,” Sanders said.

It was also a special moment for the school administrator who first got the ball rolling on the plan.

“It really gives you chills to see the kids coming. That is special,” said Natalie Lockliear, principal at Fox Bank Elementary. “It was all just a process until they started getting off those buses. That’s when it really became real.”

The event took a lot of planning. Administrators began to meet about One Berkeley United back in July. Other school districts have held similar events for students in the special education programs, and Berkeley County is now big enough to hold one of its own.

“Today is a day of activities for our students with special needs," Lockliear said. "We have games planned and we have small groups, and it’s an opportunity for them to mingle with other kids within our district.”

Hundreds of students participated in the day, which took the combined planning efforts of the county, BCSD, the town of Moncks Corner and an army of volunteers.

“It started off with like eight schools and it blossomed into all this,” said district superintendent Deon Jackson. “It was just a real organic grassroots effort as far as this program is concerned, and you look around and here we are. This is fantastic.”

The event was one that the parents of the district's special needs students had been waiting for: a day for their kids to be reminded that they belong and they matter.

“It makes me feel really good. A lot of kids don’t get to experience a lot of inclusion like this, so it’s good to get them out here and get the community involved,” said Sanders.

In total, 300 elementary school children participated in One Berkeley United. And like sunshine, it was their time to shine at an event organizers hope to continue into the future — a future they hope includes more unity between students.

The school district is holding a similar event for high schools and middle schools. It will take place at Cane Bay High School on April 28.