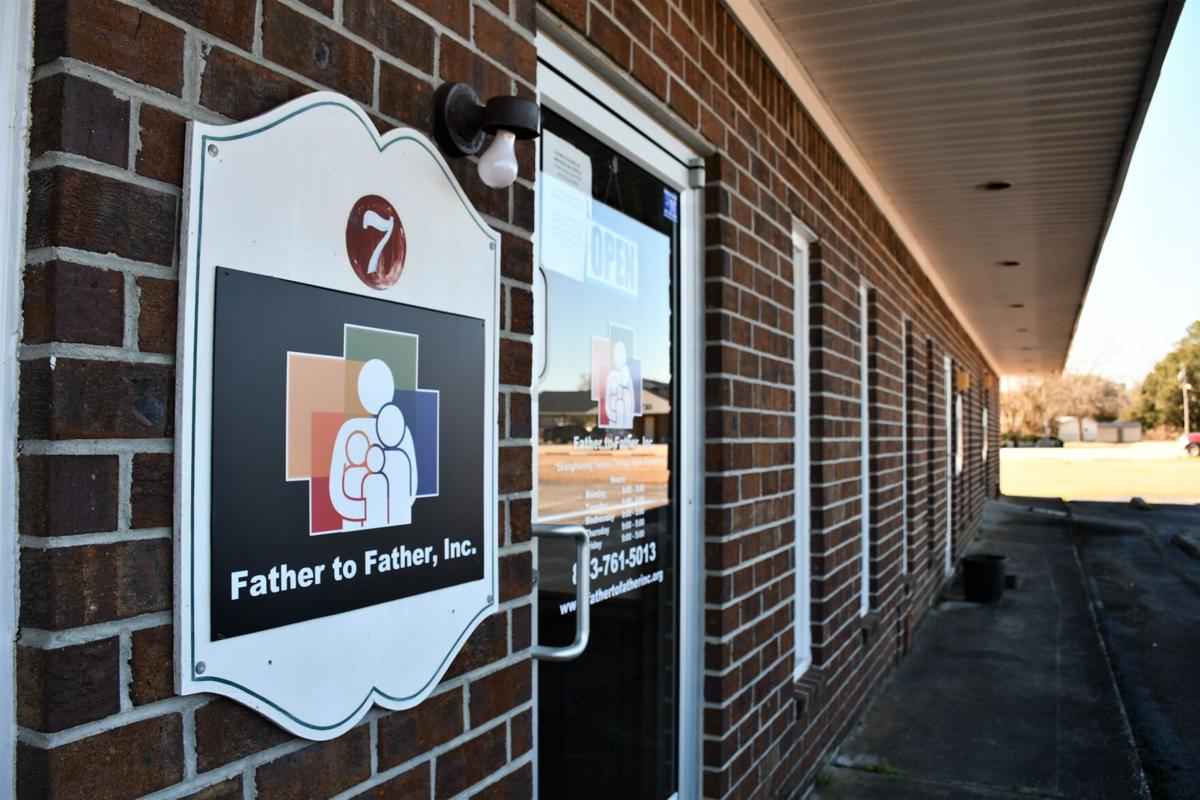 Outside of Father to Father, where participants gather to attend weekly meetings and courses. 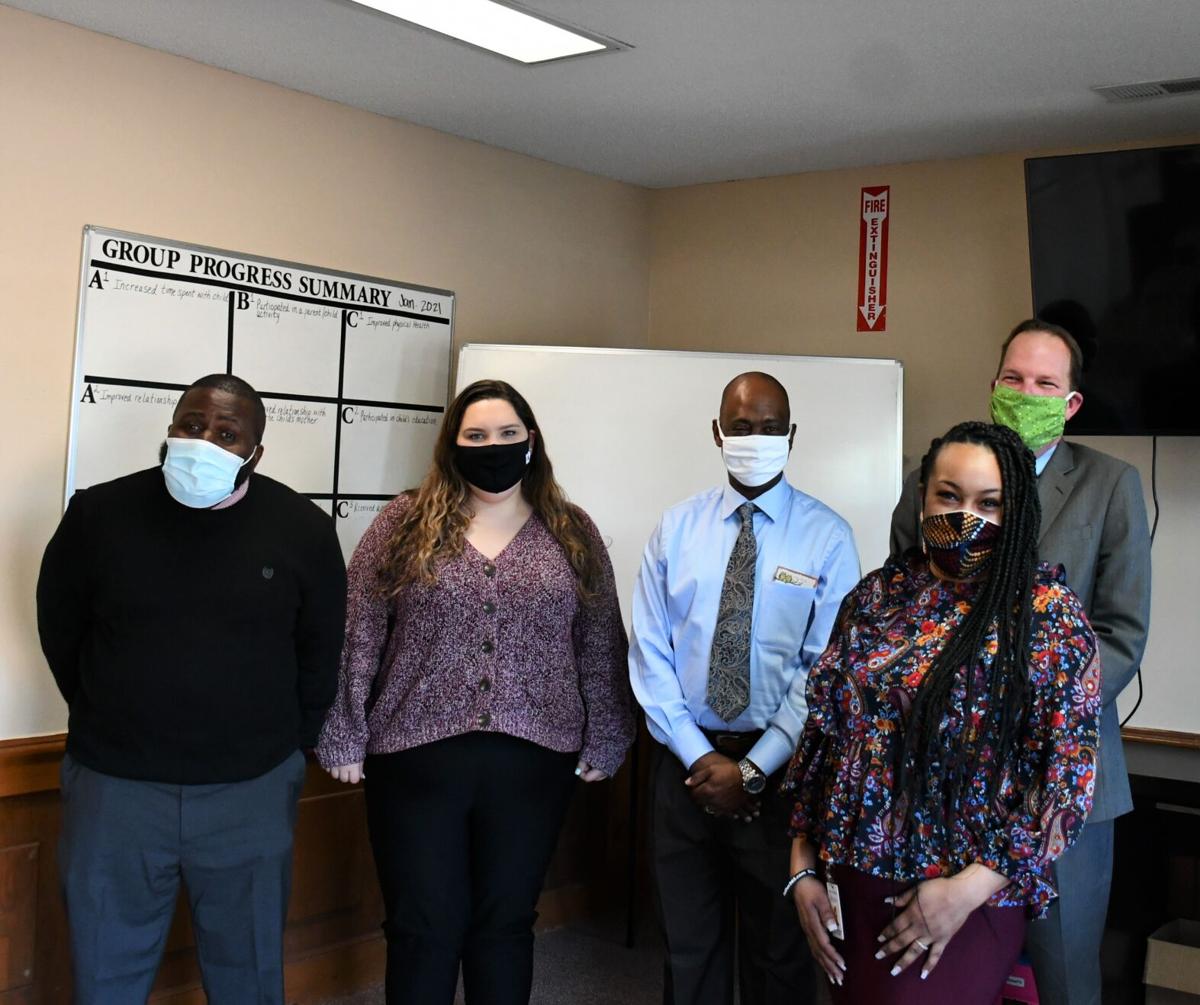 Staff at Father to Father assist participants in repairing relationships with their children. 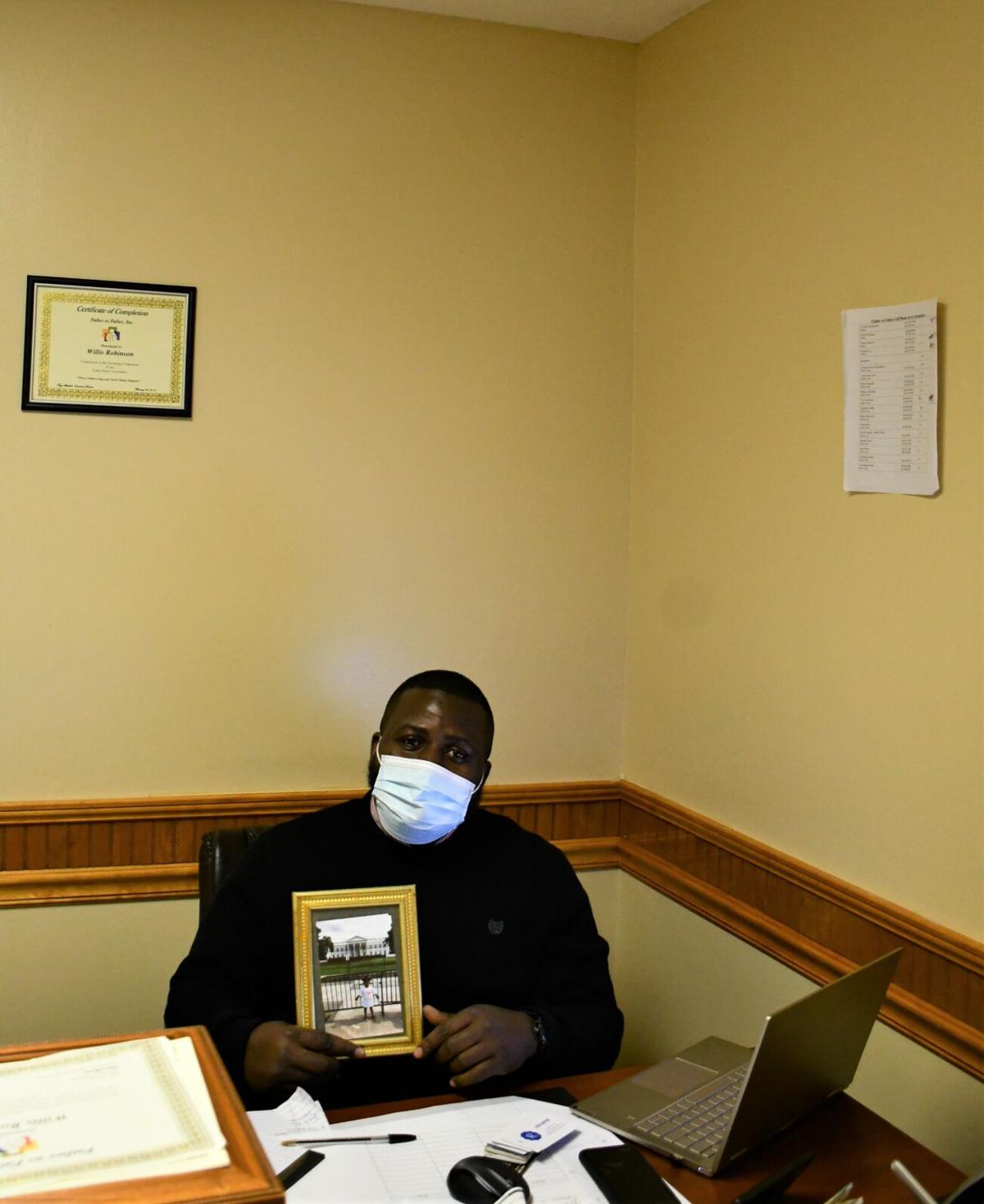 Willis Robinson, outreach coordinator, holds a photo of his own child in his office.

Outside of Father to Father, where participants gather to attend weekly meetings and courses.

Staff at Father to Father assist participants in repairing relationships with their children.

Willis Robinson, outreach coordinator, holds a photo of his own child in his office.

The address 255 North Highway 52. That is where Willis Robinson, Outreach Coordinator, instructed me that the Father to Father Moncks Corner location is based out of. This particular office, which opened in 2016, is one of two in South Carolina. The second office is located in North Charleston.

The non-profit organization has pursued reconnecting and rebuilding the relationship between fathers and their children since 1998, in an attempt to confront the growing issue of absentee fathers in the state.

When the Sisters of Charity Foundation of South Carolina offered local community groups the opportunity to kick start programs, like Father to Father, by providing planning grants, members of the St. Peter’s AME church and other local organizations came together to form a collaboration and seize the chance to create space for change. Today, the program is considered part of the South Carolina Center for Fathers and Families, which involves a network of many fatherhood programs in the state all advocating for the same goal: providing the resources and opportunities for fathers to become part of their children’s lives.

Before moving to Charleston to accept his new position as executive director of Father to Father in late December, Tom Swanciger worked extensively with non-profits in several different fashions including through the YMCA for 25 years. As a result of COVID and other life changes, Swanciger found himself imparting on a move from New Jersey all the way to Moncks Corner, South Carolina, to begin his time with the organization.

Among Swanciger, four other staff members work together at the Moncks Corner location creating a powerhouse team that is devoted to doing what it takes for fathers in the community to become part of their child’s life again.

“The team is very invested in every single one of these folks. Follow up calls to participants if they miss something, they are relentless,” Swanciger said.

For some, the program is an alternative to incarceration. However the majority of participants choose to come to the program on their own.

“Only 39% of the people that enter our program are folks that were in jail and then agreed to go through this program so that they didn’t have to be in jail anymore, the rest are all voluntary,” Swanciger said.

Participants of the program are placed in cohorts as they go through a series of several courses which instruct and prepare the fathers for getting back into their child’s life. The 24 week long program involves education and training on employment skills, managing money, healthy relationships, co-parenting, men’s health and more. In addition to the courses, participants are placed in peer group sessions and meet one on one with a staff member to create what they call their “One Man Plan.” On average, the program takes 6-8 months to complete.

“We are step one before having any interaction with their kids or in touch with their family. The process is not that we are going to rehabilitate you so that you can pay your child support, it’s that we are going to repair relationships with the child’s mother, or whoever has custody of that child. In some cases we have to repair the relationships between the father and the child,” Swanciger said. “It’s really about having them [participants] understand how valuable having a father in a child’s life is because the statistics don’t lie, having that mentor that there is great.”

The organization is working to form more partnerships with colleges and businesses in an effort to offer fathers who have graduated from the program with more employment opportunities. By providing the supplies necessary for rehabilitating and repairing relationships, Father to Father aspires to be a resource which inspires the celebration of fatherhood for fathers of all ages.

“Instead of having these men in jail, let’s give them this opportunity to get back on the right track and be productive members of society and get them a job so that they can pay back their child support. Because jail is not rehabilitation,” Swanciger said.