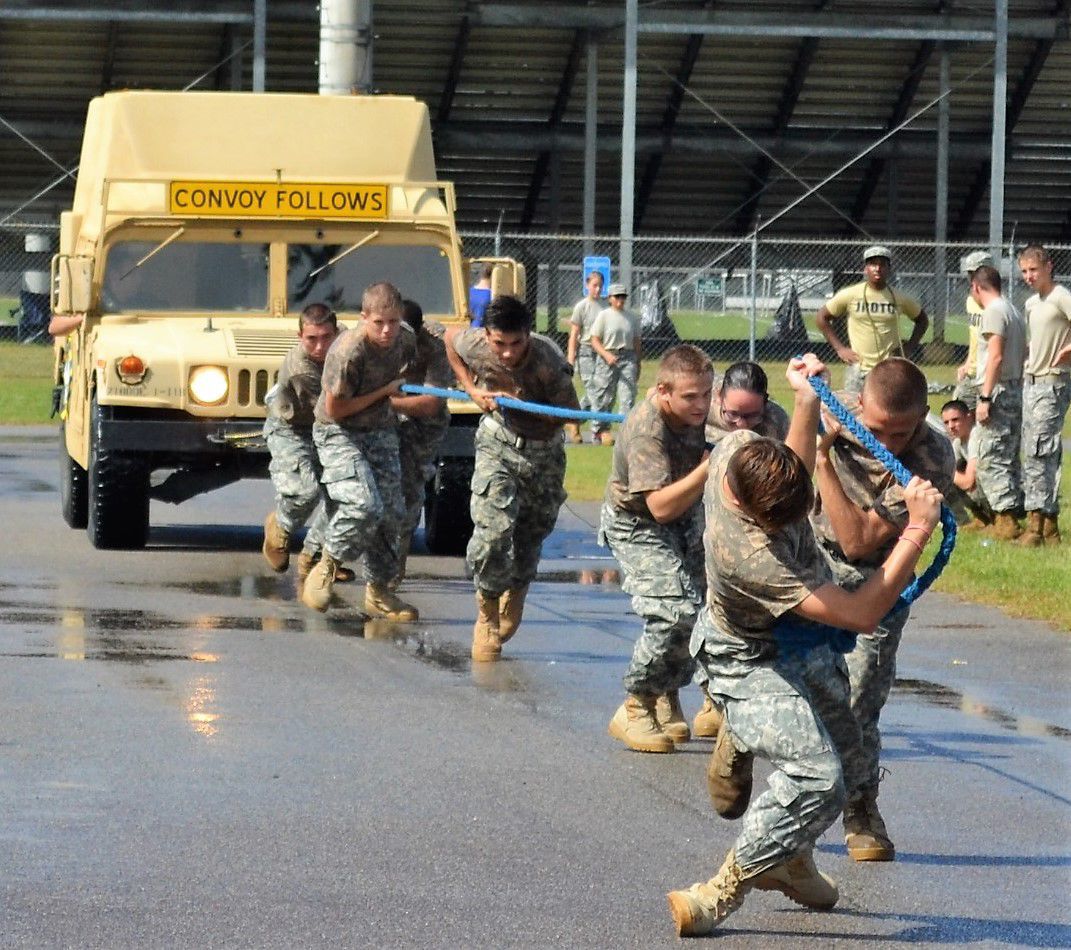 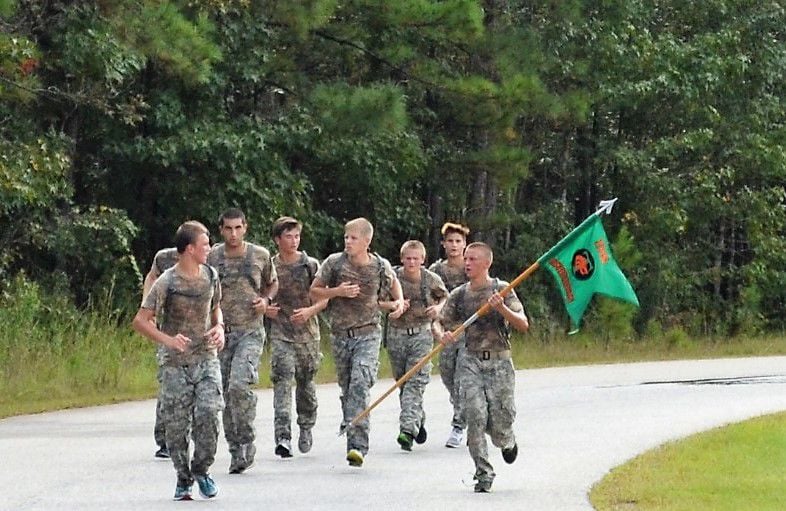 For Cadet Command Sergeant Major Ethan Felts, a junior at Timberland High School, the Wolf Challenge Raider Cup is all about giving 100 percent.

“You have to push yourself to the limit,” he said.

Felts and other Timberland JROTC cadets competed Saturday in the first Timberland Raider Cup. JROTC programs at Hanahan, Lugoff-Elgin, Blufton, Blythwood, Cross, Lake Marion, Fort Dorschester, and Westwood arrived during hours of darkness to compete. The schools came with their strongest and fastest cadets to test their discipline, strength, endurance and team cohesion.

“The competition is a chance for the teams to work out some kinks before larger competitions leading up to the Best of the Best for South Carolina State and later for the National Title of Best of the Best,” said SFC Fritz Hodges the Timberland JROTC Raider Team Trainer.

“This is our first meet of the season,” Hodges said. “It gives them something to look forward to.”

The event also is good practice for the teams as they prepare for the National Raider Championships.

Each school competed in five events — A modified Army Physical Fitness Test, a vehicle pull, one-rope bridge, aid and litter relay, and a 5K team race. Students are timed on how quickly they make it through the event.

At the end of the day, Lugoff-Elgin High School came in First place, Timberland was second place and Bluffton High School placed third. All of the cadets came away as winners because each one of them gained a better appreciation for what its is like to push yourself to the limit. In the punishing humid heat, intermittent downpours, slips, scrapes, and tumbles teams cheered each other on. Groaning and complaining took a far back seat to the reveling enthusiasm and charge forward attitude.

Hodges said the seniors were a little bit more motivated because they have been asking to sponsor a Raider meet since their ninth grade year. Cadet Lieutenant Colonel William Wilkins said it’s like laying the foundation for future teams to follow.

C/CSM Felts said the event was a good starter for new cadets and helps them get a feel for what Raider competitions are like. The best thing is that their first one was on their home turf. They are now more excited than ever about moving onto Strafford, Blythewood, and North Carolina.

Felts has been part of JROTC all three years.

“It’s been a betterment for myself,” he said.

He said he was a bit of a “runt” when he was younger, but when he found the JROTC program at Central, it straightened him out and changed his life.

Ethan’s team placed first in two of the five events, including the First Aid Litter Carry and the simulated river crossing rope bridge. We got the entire eight person team across in one minute, fourty seven seconds.

“I would say upper body conditioning is my favorite, but I have a feeling that half the team would disagree,” he said.

Cadet 2nd Lieutenant Rebecca Martin is the only female on the Wolf Team. She says she likes the opportunity to get physically fit. She also enjoys inspiring other cadets to overcome their obstacles. Rebecca’s late grandfather (a career Marine) always encouraged her to step up and challenge herself.

Blythewood High school entered its first all female team this year. They were formidable and tenacious competitors. Perhaps before Martin graduates there may be an all female raider team in the lowcountry.

“It requires strength, physicality, teamwork and a little strategy,” he said.

Hale said JROTC has helped him develop as a leader. He’s a Squad leader this year in Alpha Company, and has his eye on higher leadership positions next year.

At Thursday’s practice, he liked the way his team worked together to improve their technique to negotiate the obstacles and reduce their time for the Litter Carry.

“Everyone knew their role and performed their role,” he said.

Cadet Wilkins, the cadet Battalion Commander would like the see the team go to Nationals this year, but first, they have make it through the Best of the Best qualifications at the State level.

So the team members pushed themselves at the meet, coming in second after Wando in the 5K Team Race. Wando’s team came in first place with a time of 25 minutes 47 seconds and Timberland came in second with 28 minutes and 12 seconds. The former members are pushing the team to get back to their first place winning time of 23.36. There is much team building and hard work ahead. The team is confident that their best performance is within sight.

Their goal is to place at Nationals.

“C/CSM Felts says he likes the things he is learning about how to get the most out of himself and motivating other teams members to push themselves to do more than their best.