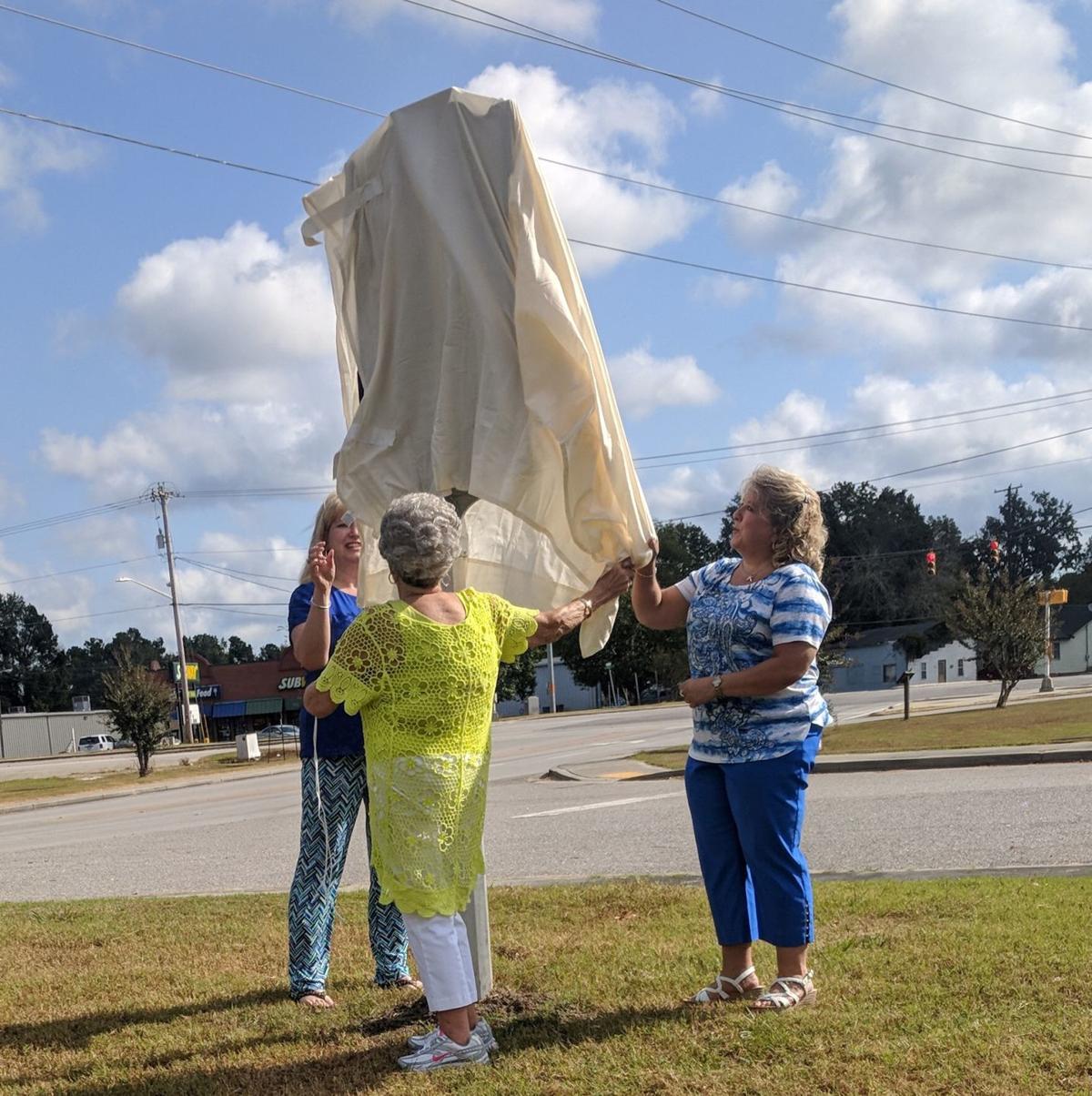 The Historical Marker is unveiled on Sept. 28 to mark the former St. Stephen High School for White Students. 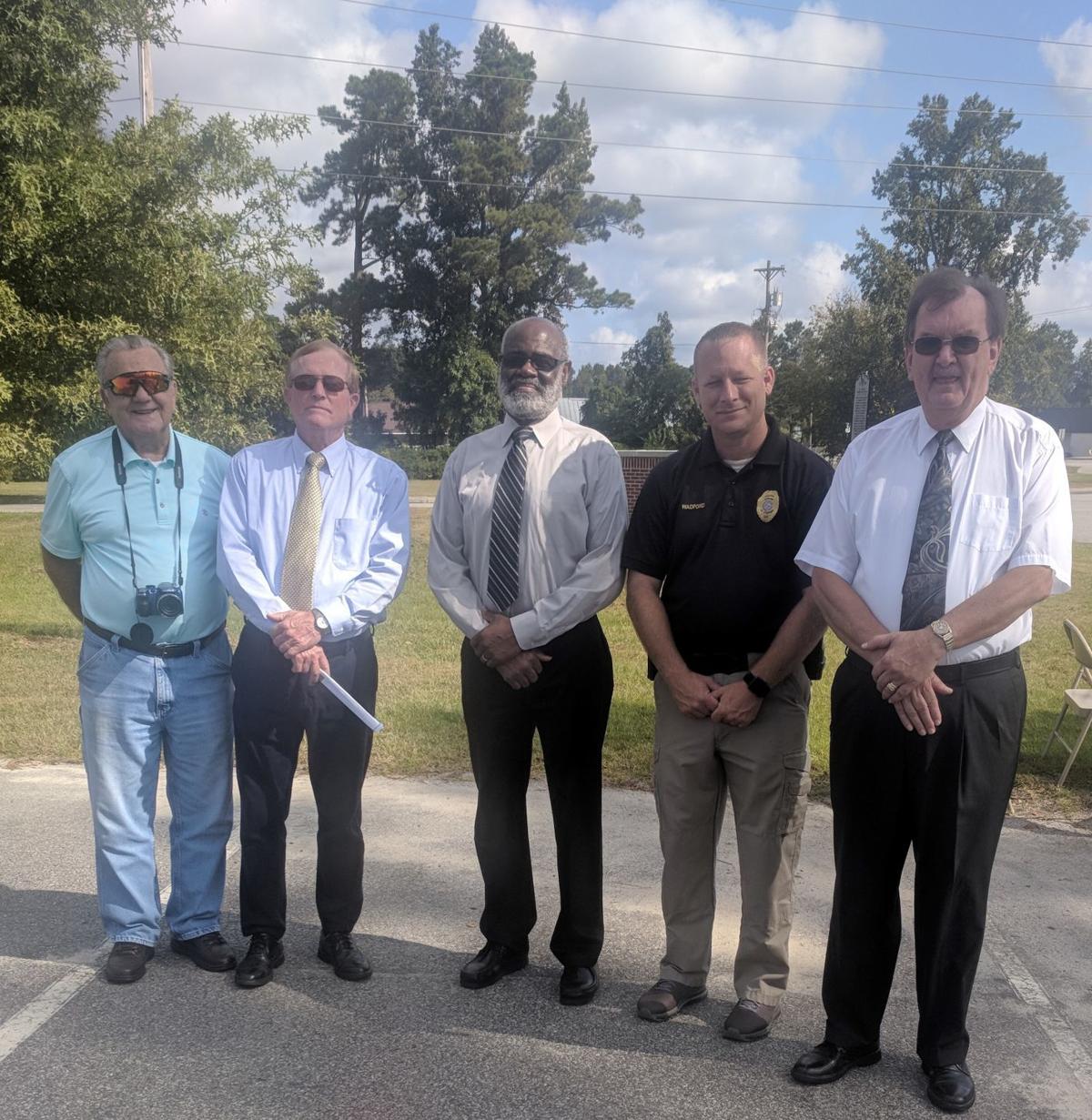 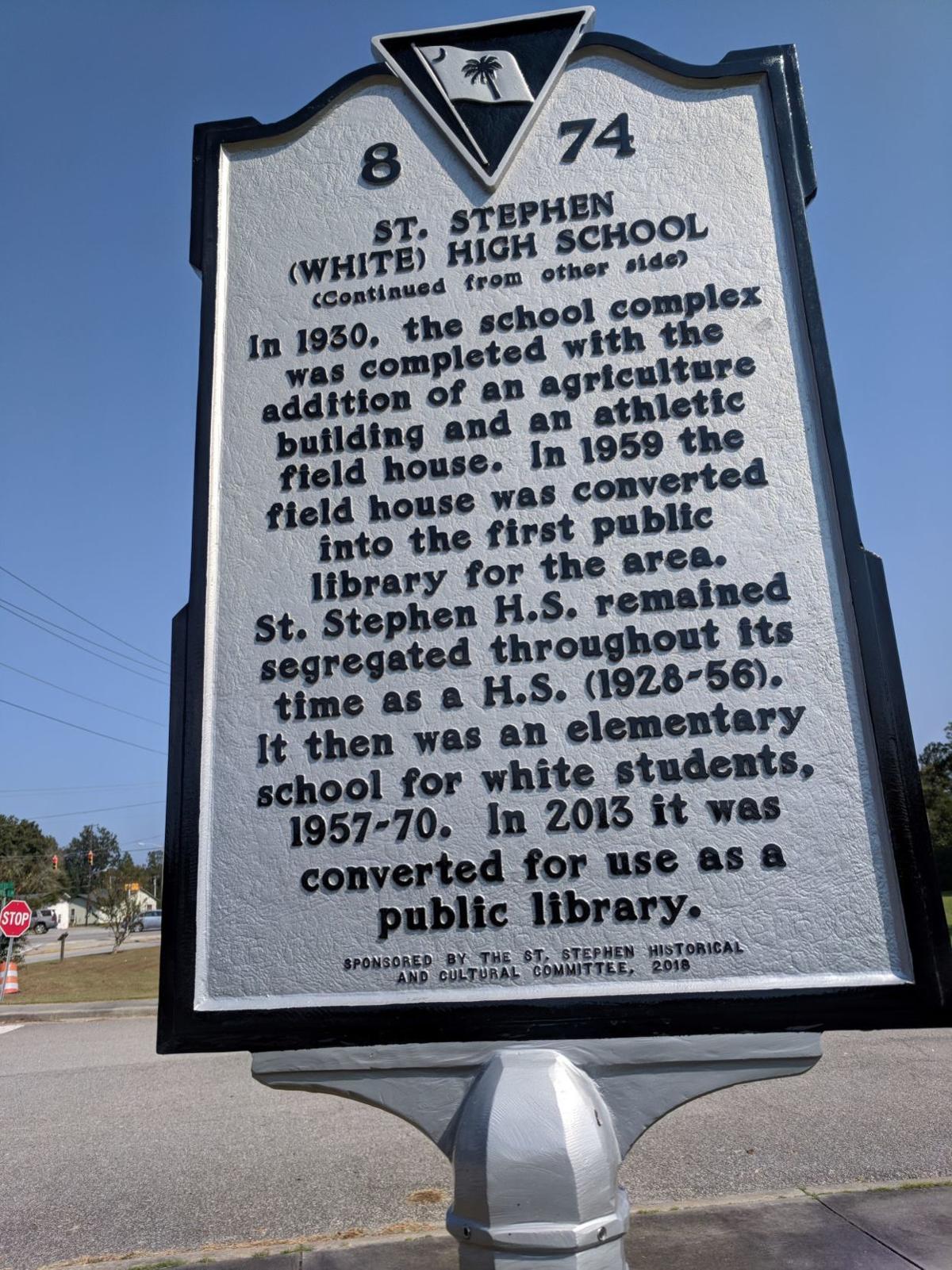 This historical marker was dedicated on Sept. 28 to mark the spot of the first high school for white students. 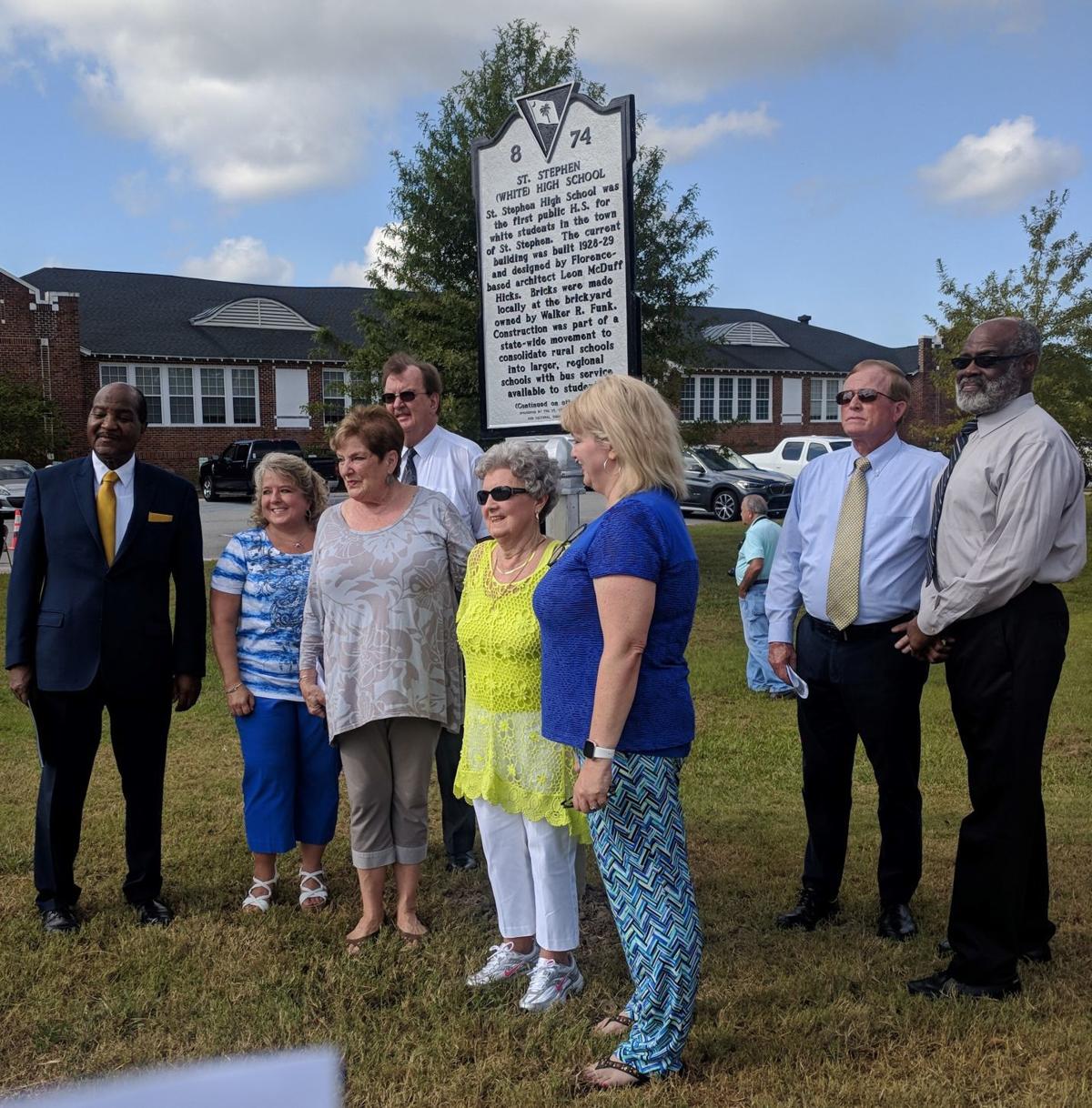 Local dignitaries pause for a photo during the dedication of a historical marker recognizing the first high school for white students in the area.

The Historical Marker is unveiled on Sept. 28 to mark the former St. Stephen High School for White Students.

This historical marker was dedicated on Sept. 28 to mark the spot of the first high school for white students.

Local dignitaries pause for a photo during the dedication of a historical marker recognizing the first high school for white students in the area.

Local officials and community members gathered on Sept. 28 on the grounds of what was once, St. Stephen High School for White Students, located at 113 Ravenell Dr., to dedicate a historical marker in memory of the school.

The current building was built 1928-29 and designed by Florence-based architect Leon McDuff Hicks.

Bricks were made locally at the brickyard owned by Walker R. Funk. Construction was part of a state-wide movement to consolidate rural schools into larger, regional schools with bus service available to students.

In 1930, the school complex was completed with the addition of an agriculture building and an athletic field house.

In 1959 the field house was converted into the first public library for the area. St. Stephen High School remained segregated throughout its time as a high school (1928-56).

It then became an elementary school for white students from 1957-70. The facility also served as an integrated early education center for St. Stephen students, and as the Thomas Myers Head Start Center, prior to its conversion again in 2013, as part of the Berkeley County Library System.

The dedication of the historical marker began with the presentation of colors by Timberland High School’s JROTC Honor Guard, and the singing of the National Anthem by Mary VanWyk.

A brief history of the school and its transition history was presented by Elizabeth (Libba) Carroll. Remarks were then given by Jefferson, Betty Shealy, president of the Berkeley County Historical Society and St. Stephen Mayor John Rivers.

The marker was unveiled by Barbara Kibler Phillips, daughter of the late J.O. Kible, Principal/Superintendent of St. Stephen High School, along with former school instructors and attendees.

The program closed with prayer from Williams. Program participants and attendees were invited to continue the historic event with refreshments in the St. Stephen History Room.

A room filled with historical materials (clothing, articles, items, pictures, furniture, books, trophies, etc.) from the far past. A future article dedicated to the fascinating History Room will be submitted in a later column.

The work of the Berkeley County Historical Society is to be commended.

In 2008, a different historical marker was dedicated, this one in recognition for the the former St. Stephen Colored High School.

The St. Stephen Colored High School was the first public school for African American students in St. Stephen and began as a Rosenwald School in 1920. Minnie Price served as the first principal.

The land for the school was donated by Amos Howard, a St. Stephen native. That historical marker is located at Russellville Road and Cedar Drive, St. Stephen. The site is now a playground for children.

There will be numerous resource personnel available to provide updates, share opportunities, provide information regarding areas of support and assistance, along with other important updates.

Residents are encouraged to attend to receive information regarding activities and events occurring in their communities.

The vigil is a domestic violence awareness event. Your support is requested, and your attendance would be greatly appreciated. Hester Gadsden, is corresponding secretary and Anne Johnson, is event chair.

Expressions of sympathy are being sent to the families of the late Rev. Jack C. Washington and Ethel Gethers Davis.

They were outstanding members and representatives of our communities. They gave freely and willingly of themselves for the good of others.

They will be deeply missed by many. The world was made a better place because they lived.

Special get well wishes are being sent to Eartha Middleton Dingle as she recovers. Your many supporters are lifting you in prayer for a speedy recovery.

Find an interactive map of the historical markers throughout Berkeley and Dorchester counties at http://bit.ly/3286hib.