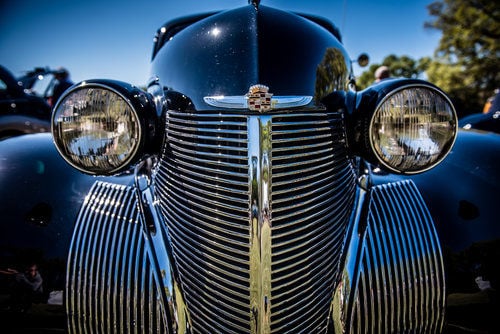 The season opening My Classic Car will feature the 2018 Cars on Kiawah. Next year's show at Kiawah's Ocean Park will be May 4. Provided 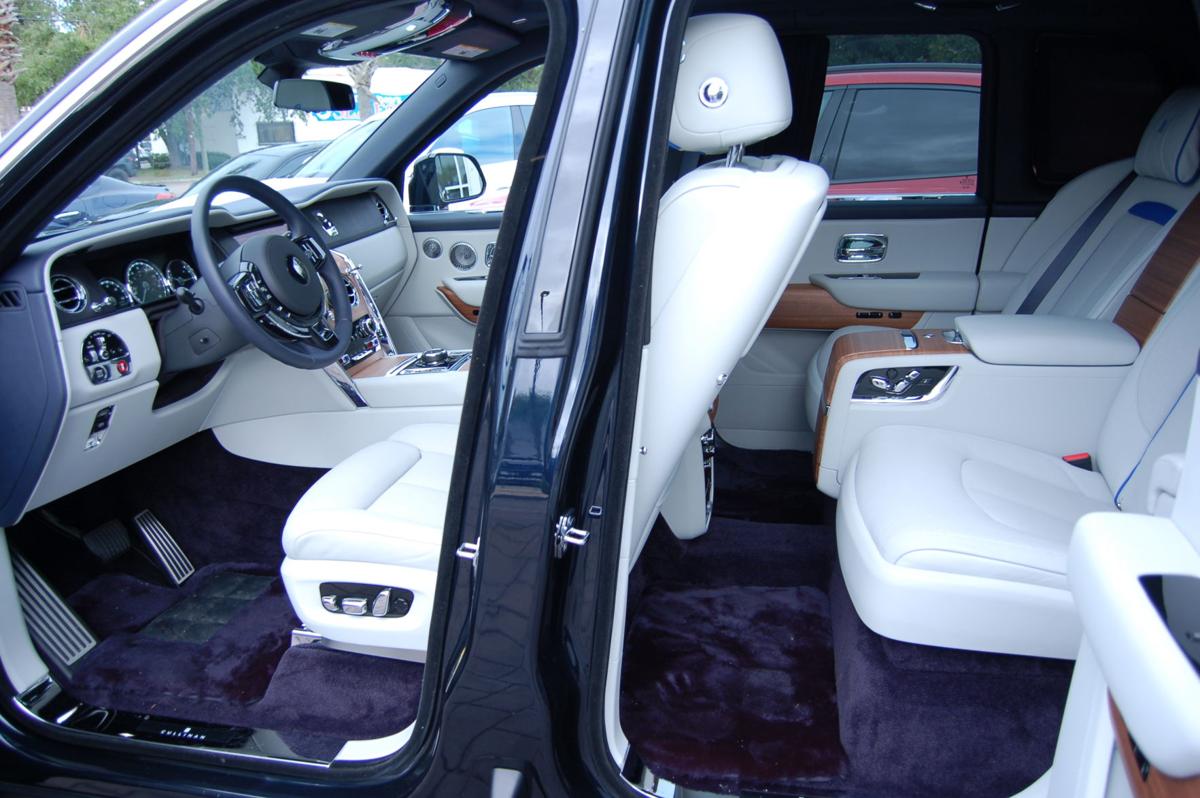 The new Rolls Royce Cullinan has a rich interior. 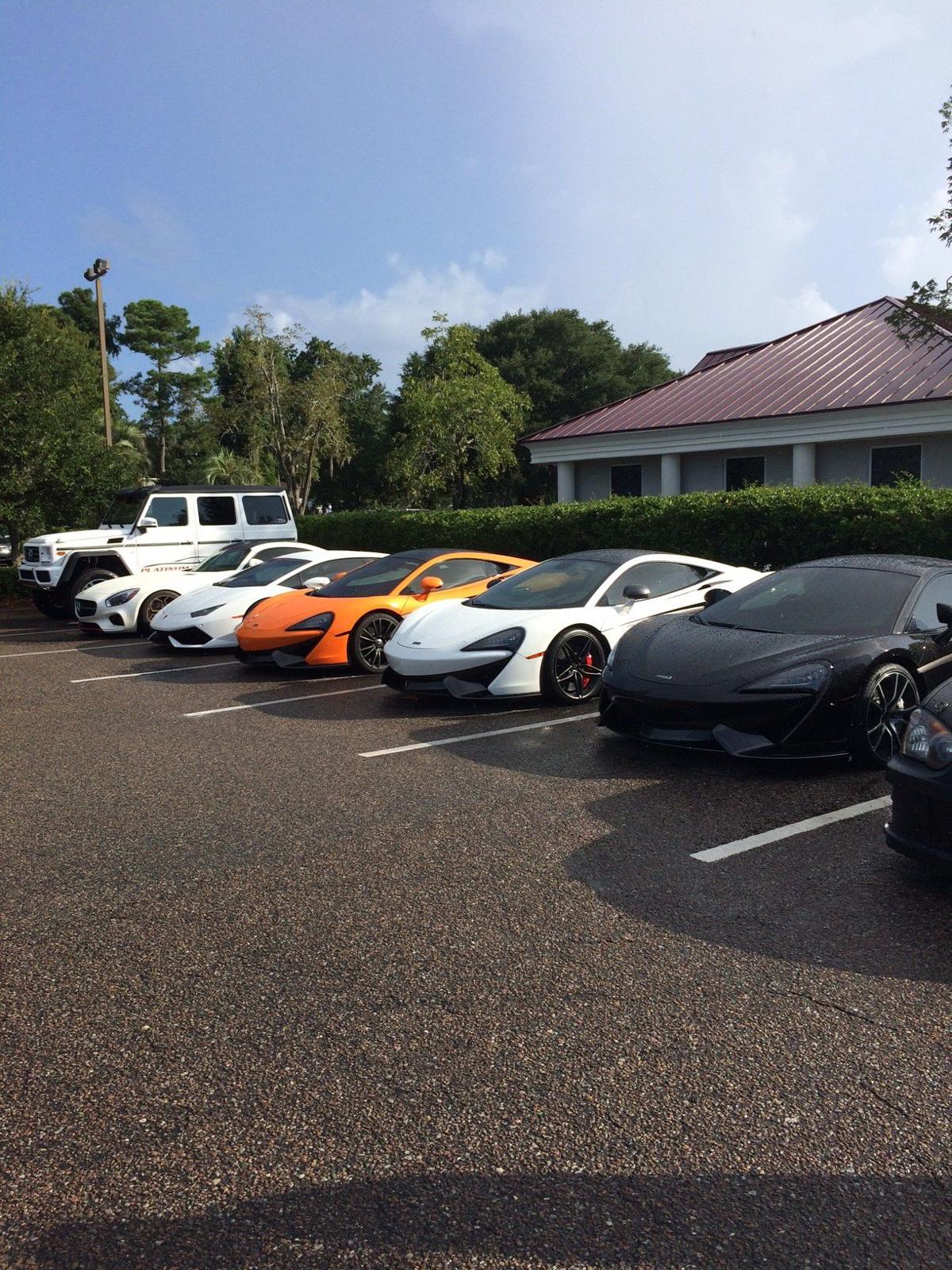 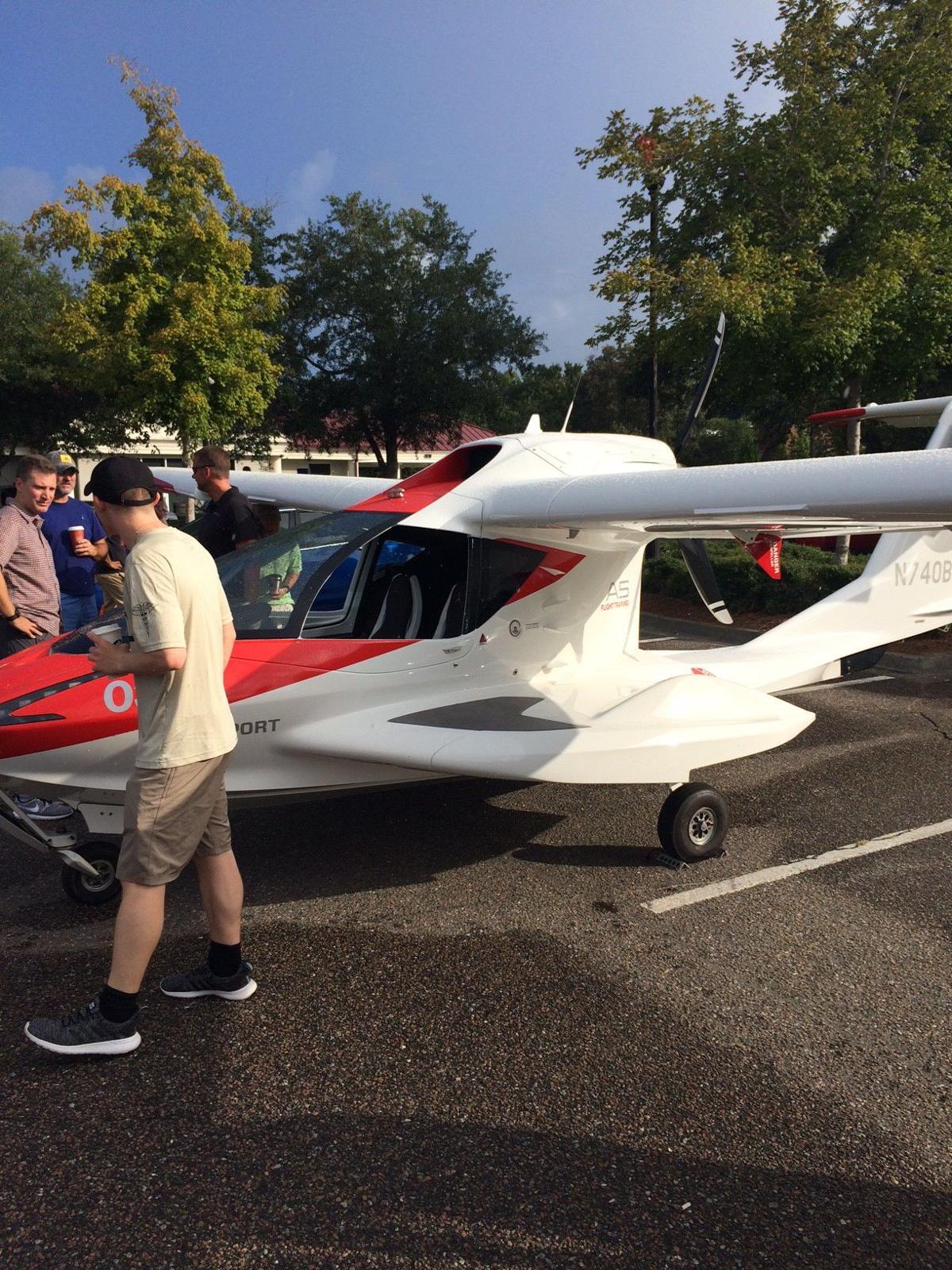 A plane at a car show? That was in September at a Mount Pleasant cruise-in. Provided 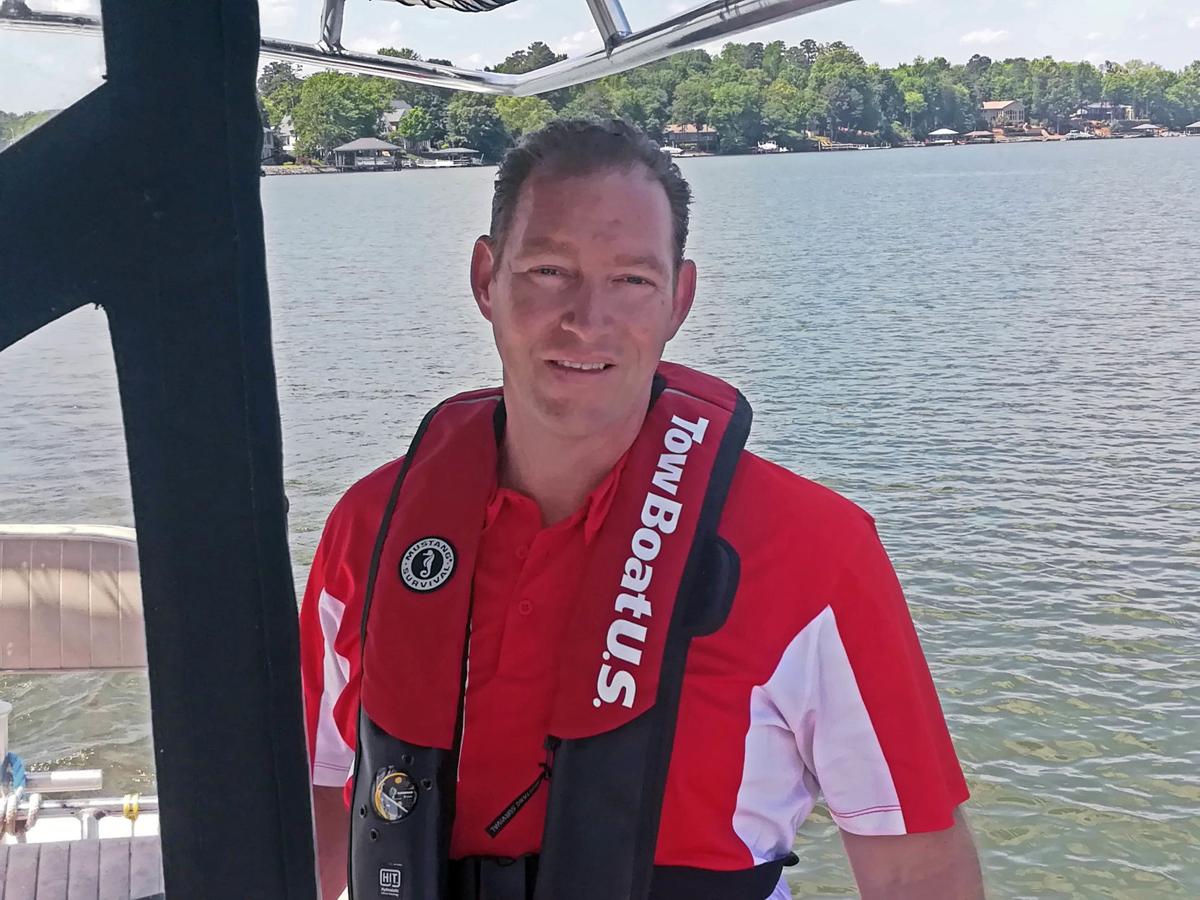 Adama Huth is a new owner of a BoatTowUS operation on Lake Wylie. Provided

The season opening My Classic Car will feature the 2018 Cars on Kiawah. Next year's show at Kiawah's Ocean Park will be May 4. Provided

The new Rolls Royce Cullinan has a rich interior.

A plane at a car show? That was in September at a Mount Pleasant cruise-in. Provided

Adama Huth is a new owner of a BoatTowUS operation on Lake Wylie. Provided

When Dennis Gage took part in Cars on Kiawah auto festival last spring, he had said the show was being recorded for his TV special "My Classic Car" to run early in the 2019 season.

And he really meant early.

The episode will be the first of the year, to air Saturday, Jan. 5 on Motortrend Network, formerly Velocity, at 8:30 a.m., according to a note from Gage to Car on Kiawah organizers. People can watch a promo at http://www.myclassiccar.com/episode/23/01/A. Yes, My Classic Car is in its 23rd season on myriad networks.

And all the networks will repeat the show six months from the original dates.

If that's not enough, Rev’n multimarket over-the-air network will run the episode "numerous times" throughout the year starting in April on a random schedule, Gage said. And after Motortrend Network airs the episode, it can be found on the YouTube channel at https://www.youtube.com/user/MyClassicCarTV.

A trend these days involves high-end sports car and luxury auto makers unveiling an SUV, typically as a still fancy complement to its mega-lineup. Rolls Royce is among the latest to join the craze, unveiling its Cullinan SUV in the fall and expecting to bring the models out for sale in early 2019.

In late October, a few Cullinans steered into the Rolls-Royce Motor Cars Charleston dealership on Savannah Highway. The outlet, one of Baker Motor Co.'s stable of locations, held a test drive for customers and interest parties.

"Enter new terrain. Explore every possibility. Experience Cullinan," the brand said in a promo. "The all-terrain SUV that opens up a world of unprecedented luxury. The one that exceeds the extraordinary. Come drive and explore a wealth of masterful innovations," Rolls Royce said.

The full-sized luxury SUV fits between the Ghost and the Phantom in Rolls-Royce's line-up. It will have a starting price in the U.S. of around $325,000, according to published accounts.

The venture opened a retail outlet, Bintelli Powersports, earlier this year on Savannah Highway about a mile west of its plant.

"With every vehicle we sell — every golf cart, scooter, ATV, dirt bike, ATV, motorcycle, moped, low speed vehicle, go kart — we will donate a month’s worth of meals to the Lowcountry Food Bank for a local child or adult in need," said Justin Jackrel, president. "This will remain in place for as long as this dealership has its lights on, because it’s the right thing to do.” he said.

Bintelli Powersports said it looks to donate more than 50,000 meals in the next year with the Lowcountry Food Bank. The company will accept donations from customers at its store at 2137 Savannah Highway. Its partner, Lowcountry Foodbank, launched 35 years ago and and has distributed 28.1 million pounds of food to 10 coastal counties in South Carolina.

Jackrel said his interest in battling hunger kindled when he taught a marketing class at RB Stall High School in 2017. He said he learned then just how many local students live their lives in hunger. "I knew that something had to be done to help our local community,” he said. "It was devastating for me to hear my students tell me that they don't get fed when they aren't in school. There's no excuse for that," he said. After completing the purchase of the new retail locale, Bintelli Powersports focused on ways to help the community, "Our team reached out to the Lowcountry Food Bank and we are thrilled to be working alongside them to fight hunger," he said.

Fender Mender of West Ashley., Inc., gained the honor by "maintaining the right tools, equipment, training and facilities necessary to repair the participating Automaker brand vehicles according to the manufacturer's specifications." The outlet became officially recognized by Assured Performance; FCA, which makes Chryslers and Fiats; Nissan; Hyundai; and Kia.

"We've worked hard to stay ahead of the curve in the collision repair industry. This official Certification demonstrates that commitment to our customers. We take pride in our highly trained technicians who use the latest tools and equipment to deliver a top quality repair and the best customer service," said James Gabrish, Fender Mender of West Ashley president.

Assured Performance noted that less than 5 percent of body shops across the nation are able to meet the stringent requirements to become officially certified and recognized.

"Consumers need the confidence and peace of mind to know their vehicle is being repaired by a shop that has what it takes to ensure the vehicle safety. Fender Mender of West Ashley, Inc is officially a Collision Care Provider," said Scott Biggs, chief executive of Assured Performance Collision Care. "They represent the standard by which all other body shops are measured."

The future of Charleston Cars and Coffee cruise-in Saturday mornings for years in Mount Pleasant has been up in air since its prime spot for eats and drinks, Atlanta Bred Co., closed. But in its heyday, almost any type of car, bike — and at least one flying machine— landed at the gathering at Mount Pleasant Towne Centre.

On Labor Day weekend, an ultra-luxury racing car 5 McLaren parked at the cruise-in. So did an airplane, according to photos sent by car buff Charlie Jones.

A second boat towing place is open on Lake Wylie in the Upstate, according to TowBoatUS.

"On Lake Wylie when a boat breaks down, runs aground, runs out of fuel, or needs a tow to the launch ramp, TowBoatUS Lake Wylie is ready 24-hours a day to help. Captain Adam Huth, the new owner of the on-water towing and assistance service, has added a second location to help manage the lake’s increasing recreational boating activity," according to TowBoatUS, a division of Virginia-based Boat Owners Association of the U.S.

“We’ve got a lot of new boaters with the recent explosive growth on Lake Wylie,” said Capt. Huth. “Including myself, we have four local captains stationed on Lake Wylie, greatly reducing response times and ready to help boaters 24/7.” All of the company’s professional captains are US Coast Guard-licensed with years of experience on the waterway, he said.

“I got into TowBoatUS to give a great experience to people who’d otherwise be having a pretty bad day on the water,” Huth said.

Boaters can reach TowBoatUS Lake Wylie by hailing on VHF channel 16 or calling the company at 803-681-0911.