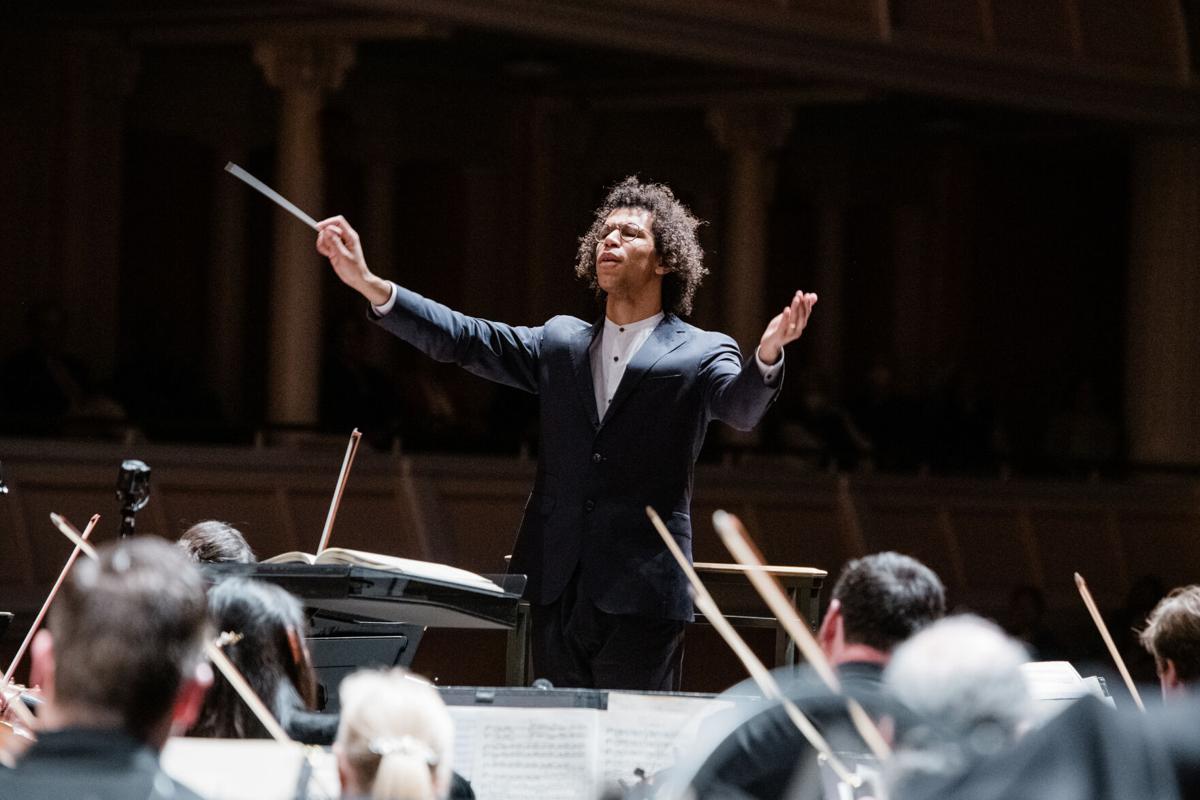 Charleston native Jonathon Heyward conducts the Charleston Symphony at the Gaillard Center on Jan. 5. Heyward was recently named music director designate of Baltimore Symphony Orchestra and is the first Black conductor in the top role of a major American orchestra. Charleston Symphony/Provided 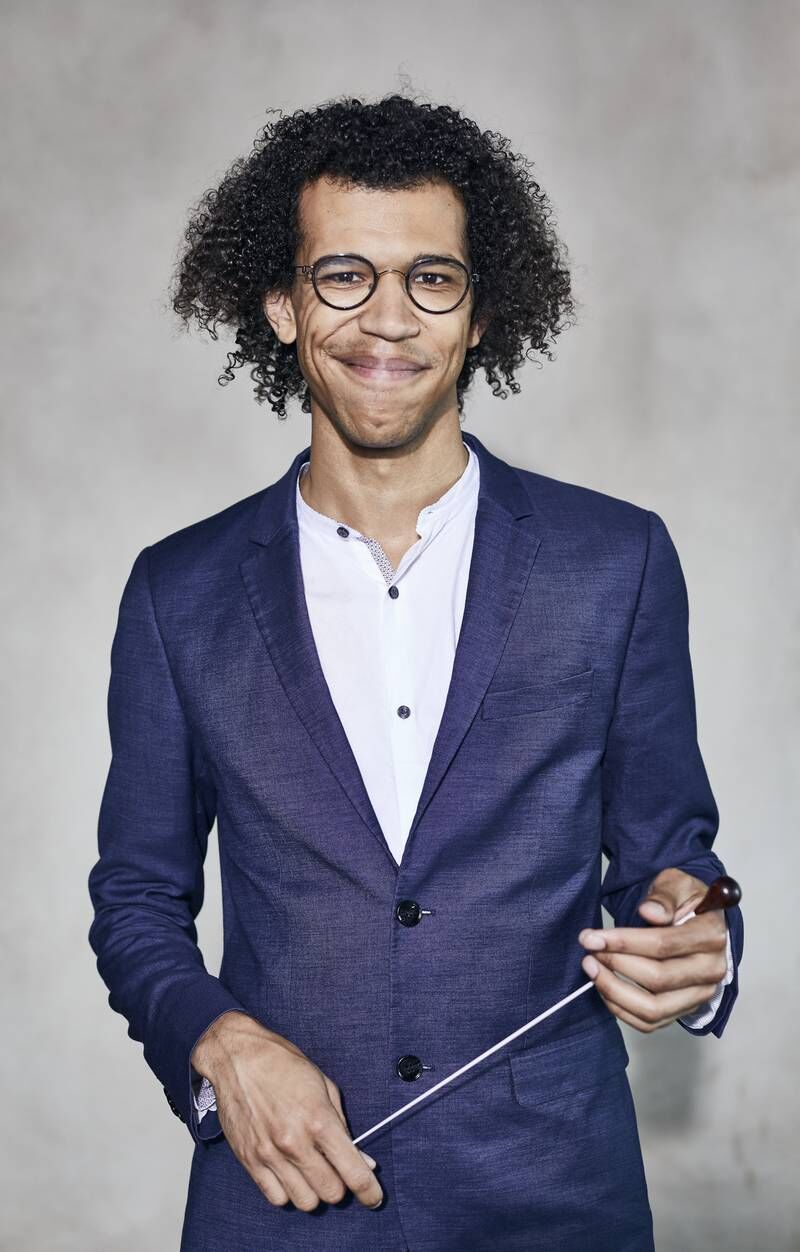 Jonathon Heyward, who grew up in Charleston, was named conductor of the Baltimore Symphony Orchestra, making history as the first person of color to be elected to the position. File/Laura Thiesbrummel/Provided 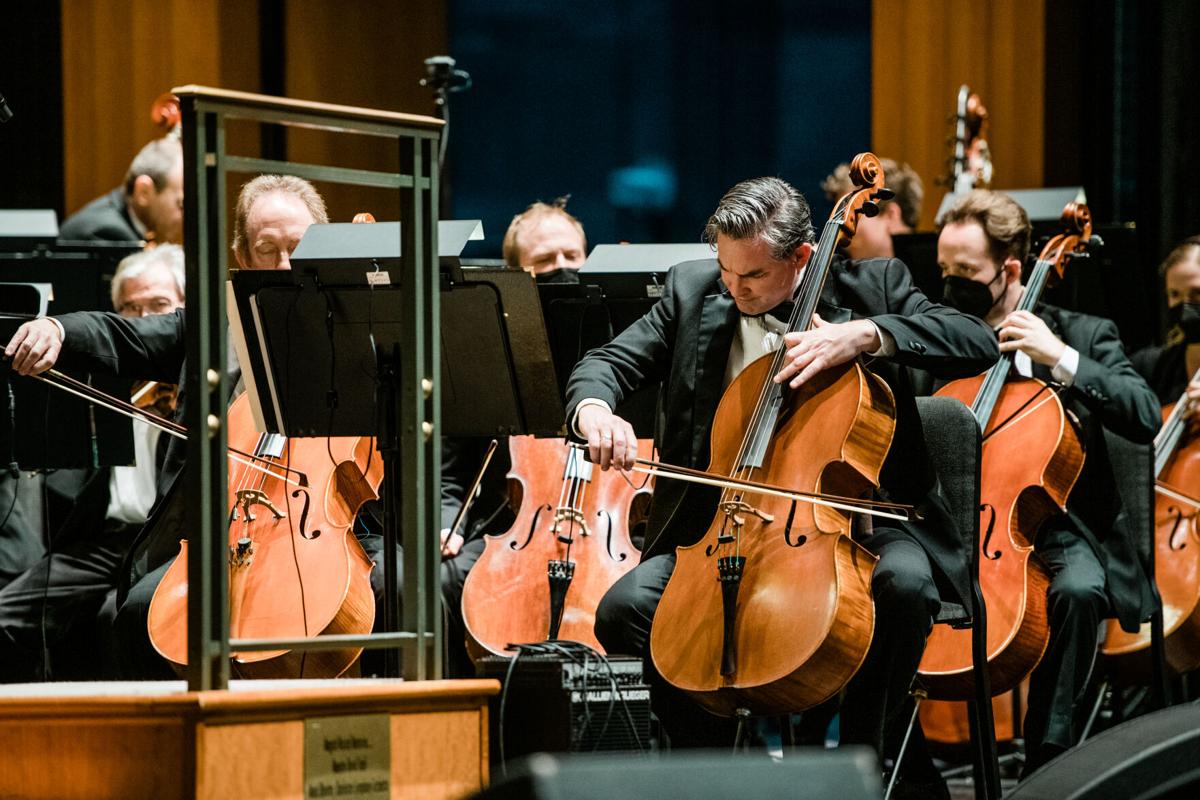 Charleston native Jonathon Heyward conducts the Charleston Symphony at the Gaillard Center on Jan. 5. Heyward was recently named music director designate of Baltimore Symphony Orchestra and is the first Black conductor in the top role of a major American orchestra. Charleston Symphony/Provided

Jonathon Heyward, who grew up in Charleston, was named conductor of the Baltimore Symphony Orchestra, making history as the first person of color to be elected to the position. File/Laura Thiesbrummel/Provided

In the most highly anticipated homecoming of Charleston’s cultural season, conductor Jonathon Heyward swept onto the stage of the Martha and John M. Rivers Performance Hall at Charleston Gaillard Center, bringing with him the mega-wattage charisma of a symphonic conductor in meteoric ascent.

His first sweep from the wings through the orchestra and to the podium, and the rousing response from the audience, made it resoundingly clear we were witnessing a meaningful moment for the city’s contribution to artistic excellence.

A scant 12 years ago, Heyward was a Charleston teen on that self-same stage. He had spent his younger days soaking up anything he could glean as a member of Charleston Symphony Youth Orchestra, playing the cello and studying conductor David Stahl with such rapt ardor he was said to have skipped a French class or two for the chance.

He has clearly not squandered a second since graduating from Charleston School of the Arts. Blazing a trail through conservatories here and across the pond, Heyward has conducted on both sides, too.

His latest star turn is on the horizon, with the announcement of his role as music director designate of Baltimore Symphony Orchestra, starting in fall 2023. He is the first Black conductor in the top spot at a major American orchestra.

But on Jan. 5, he was back at the Gaillard for the first of three Masterworks performances. The lanky, convivial Heyward inhabited his former stomping grounds with an ease that washed over the packed hall.

And while we mainly saw the back of his curly mane of hair topping off a slim, kinetic form trained on a mesmerizingly precise baton, he harnessed all his magnetism to shine light on the musicians.

Among them, poignantly, were current members of Charleston Symphony Youth Orchestra, enlisted to perform the first offering on the program. They were interspersed with the Charleston Symphony musicians on stage. At Heyward’s behest, the young artists stood, beaming, until the orchestra rose to join them.

And the joy commenced. First up was Florence Price’s “Dances in the Canebrakes.” The first African American woman to have a symphony performed by a major orchestra, the composer’s 1953 work arranged by then-young African American composer William Grant Still embodies all the grand stuff of the American Dream — its jaunty, brassy optimism, its 20th century confidence.

Off and running with a ragtime-infused first movement, “Nimble Feet,” it then segued languidly in a second, sultry movement, “Tropical Noon,” before finishing off in the third and final movement, “Silk Hat and Walking Cane.” It was a moment, to be sure, the seasoned and aspiring musicians forming a glorious, seamless union that was crisp and assured, beguiling and wistful, landing emphatically on a note of happy hope.

Okay, it’s clear. Heyward can shepherd an orchestra through a vibrant, smiling work befitting of his own demeanor and of his own story. Now, can he rise to the occasion of another musical groundbreaker?

That would be Beethoven’s Violin Concerto in D Major, considered the first grand work for the violin. At this performance, a guest artist, acclaimed violinist Vadim Gluzman, took the stage and took a stance, squaring his frame as if to keep his violin from taking off for the heavens.

Within a few feet of each other, the powerhouse musician and conductor plied their art, with Gluzman tearing into the work with staggering relentless virtuosity. Heyward commandeered the orchestral ballast, tapping his baton like a mystical wand over this section and that.

The effort was sufficiently outsized that after the first movement the audience rose, erupting in applause. Heyward, eyes twinkling, held up double fingers to remind all there were still two movements left to go.

And the violinist played on and on, against any reasonable expectation of artistic stamina, channeling in those cadenzas the full complement of human emotions, soaring, wending, racing, lilting, commanding, cajoling, yearning, triumphing. The orchestra marched in increasing charge, from the progressive plunking of strings to the intensifying, foreboding percussive advance.

Concert Countdown: 11 January concerts in Charleston to kick off 2023

It was as if the single violin were a wayward bird in flight, holding strong in the headwinds of a tempestuous storm. At times Charleston Symphony’s Yuriy Bekker from his concertmaster seat looked so ecstatic he may well have levitated.

It was a soul-fortifying, smashing success, this convergence of conductor, soloist and symphony to galvanize a performance hall into a transcendent, cathartic experience.

But what about the program’s final offering? It was the famously complex, frequently dark work by Tchaikovsky, “Symphony No. 6 in B Minor, Op. 74 or “Pathetique.”

For Heyward, this work came with it a bit of backstory, too. It was the first symphonic score ever given to him, and by Charleston Symphony second bassoon Kathy Schuh St. John.

Before beginning, Heyward looked out into the audience with sparkling eyes. “It’s so nice to be home.” He spoke of Tchaikovsky’s conflicted emotions during the creation of his last symphony and how it’s a testament to his true self, inhabiting both profound sorrow and the persistence of joy.

Through its four movements the work time and again ingeniously shape shifted its themes from the dark to the light, at times violent, at times celebratory. The first-movement mournfulness gave way to a fetching, flowing second movement as if to belie the former sorrow — as if to say, go on, have yourself a good old pity party, but lightness will out.

The story of David Drake, an enslaved potter

Then trouble whipped up in the score again, but then that whip went giddy, with forlorn wind swept asunder by swaggering brass as if a party animal just sauntered onto a funeral. At the podium, Heyward, gently, deftly gestured to a section or soloist to navigate the epic twists and turns.

By the end, Heyward made his case resoundingly. Classical music still has a phenomenal pulse, and a vital part, in how we navigate this tricky terrain called life. By the range of feelings it unleashed in me, I can pronounce my pulse is going too.

So welcome home, Maestro Heyward, and, Bravo, Charleston Symphony today and tomorrow too.

Review: Pure's production of 'Hangmen' lures audiences from the lurid to the laughable

All in all, with a brilliant work and effective ensemble, “Hangmen” leveled a sure hand — and a gripping chokehold, too. Read moreReview: Pure's production of 'Hangmen' lures audiences from the lurid to the laughable

Review: Heyward conducts Charleston Symphony in a 'soul-fortifying' success of a concert

Classical music still has a phenomenal pulse, and a vital part, in how we navigate this tricky terrain called life. By the range of feelings it unleashed in me, I can pronounce my pulse is going too. Read moreReview: Heyward conducts Charleston Symphony in a 'soul-fortifying' success of a concert