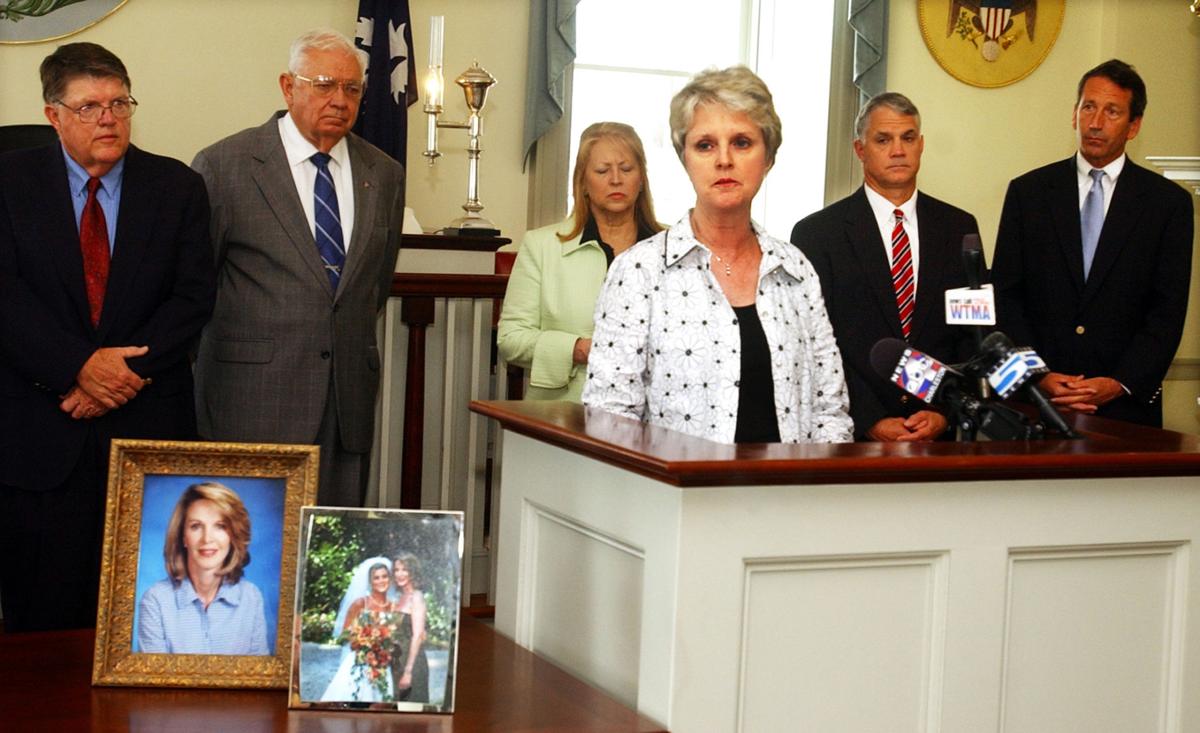 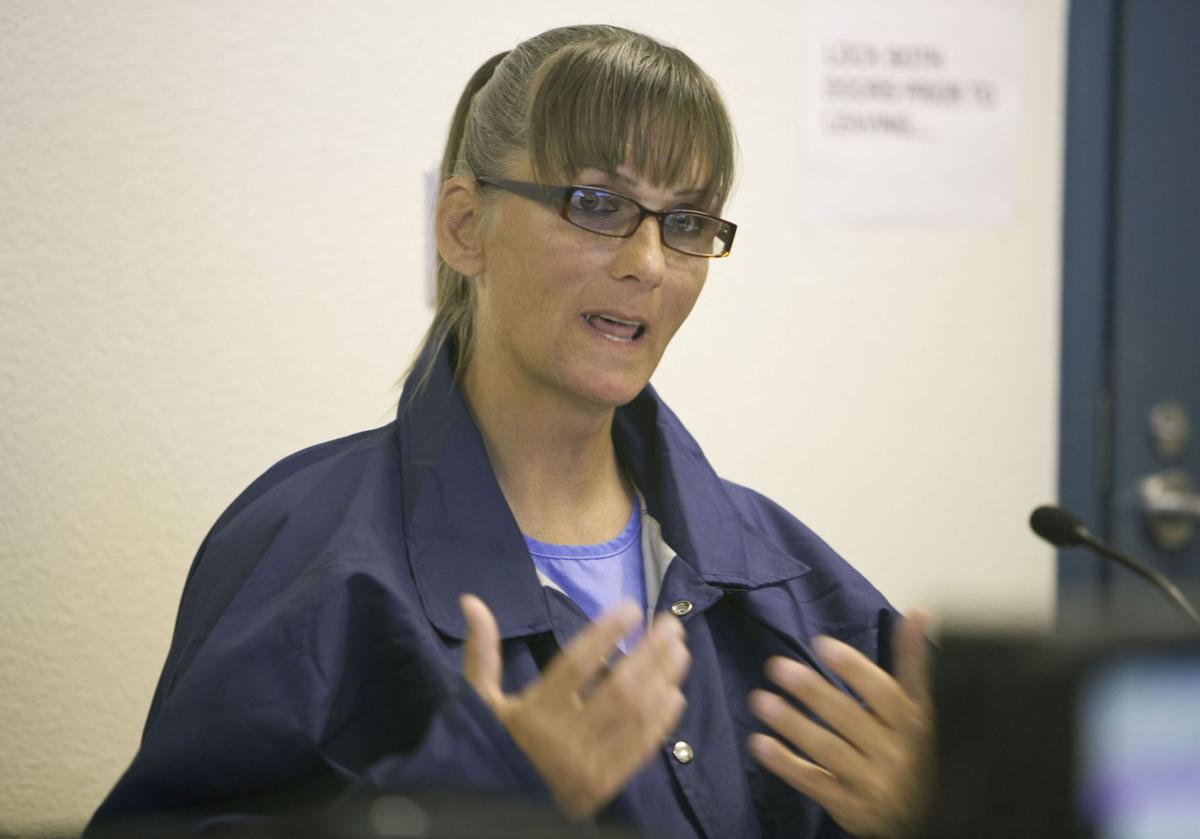 Katheryn Brown has been locked behind bars for 13 years for the murder of a Charleston woman, with little hope of ever going free. But she says her real prison is the male body she has been trapped in since birth.

She is better known as Edmonds Tennent Brown IV, a 44-year-old inmate serving a life sentence for the notorious 2003 strangling of a popular French teacher in the affluent South of Broad neighborhood. The case grabbed headlines for months and fueled various true crime features on national television. But Brown insists all of that coverage missed a key thread in her narrative: the desire to become a woman.

“I truly believe my outward appearance does not match or correspond with my inner self,” she wrote in a recent letter. “But as a female I would be complete and a productive member of society because I would actually be comfortable in my own skin.”

Brown wants the state Department of Corrections to help her make that transformation — a request the agency has so far denied. Though she is serving a sentence of life without parole, Brown said she hopes to live out her days in a manner that reflects her true self.

Brown is one of two South Carolina prisoners seeking sex-change assistance from the state. The other, according to Corrections, is an unidentified inmate on Death Row.

Brown told her story in a series of letters to The Post and Courier, marking the first time she has spoken publicly about the November 2003 killing of 53-year-old Mary Lynn Witherspoon. The Corrections Department bars the press from interviewing inmates by phone or in person, making the written word the only legal way for prisoners to communicate with the media.

Among other things, Brown, who pleaded guilty to the murder, now insists she had nothing to do with the killing. Brown said she blames her public defender, in part, for resisting her efforts to dress as a woman and reveal her gender identity issues in court.

“If I had not been such an emotional basketcase I would have pled ‘not guilty’ and taken my chances with a jury trial,” she wrote. “If I had been able to dress the way that I would have felt more confident, I would have been dressed in a cream-colored Chanel skirt-suit with a pair of 4½-inch spike heel Jimmy Choos and make-up.”

Brown’s former public defender declined to comment for this story, but the lead investigator on the case and Witherspoon’s sister said they harbor no doubts about Brown’s guilt. Witherspoon’s sister, Jackie Olsen, also questioned whether Brown’s quest for a sex change was genuine or a ploy for publicity.

“I really don’t know if it’s a real thing with him or if it’s just some sidebar he’s come up with to draw more attention to himself,” she said.

At the moment, Brown’s petition for sex change assistance is locked in an administrative grievance process while an Upstate senator pushes a bill that would ban the use of any state money for hormone therapy or gender reassignment surgery.

The dispute comes as the nation wrestles with addressing transgender rights. A number of events have drawn mainstream attention to the movement, from former Olympian Caitlyn Jenner going public to the Pentagon announcing plans to lift a ban on transgender soldiers. But a backlash also has occurred, with deep division in North Carolina over a new state law restricting protections for transgender people, including a provision that blocks them from using bathrooms matching their gender identities. Similar legislation is pending in South Carolina.

Corrections officials declined to provide a copy of Brown’s grievance paperwork or discuss specifics about her request, saying that federal health privacy laws prevent them from talking about the matter. Corrections spokeswoman Stephanie Givens only had this to say: “Corrections officials will abide by the state law regarding use of state resources for procedures while inmates are in SCDC custody.”

For now, the state provides continued hormone therapy to inmates who enter prison with the treatment already underway. But the Corrections Department, like its counterparts in many states, won’t green-light new treatments or provide gender reassignment surgery to inmates under its care.

Brown said she has identified as a female for many years and began hormone therapy long before she was implicated in Witherspoon’s death.

Brown’s father had dated the teacher from Charlestowne Academy several years earlier, but Brown continued to show up unexpectedly outside Witherspoon’s home long after the relationship ended, Olsen said. Witherspoon considered the youth more odd than alarming at first, she said.

Witherspoon finally pressed charges after Brown, then 32, broke into her laundry room and stole her underwear in June 2003. While in jail, Brown put together a rambling to-do list that included plans to get a stun gun, “take care of MLW” and put her “on ice,” according to investigative records obtained through a Freedom of Information Act request.

On Nov. 10, 2003, Brown left jail to undergo outpatient mental health treatment as part of a plea to the burglary charge in the county’s Mental Health Court. A screening determined Brown had bipolar disorder, schizophrenia and gender dysphoria, a condition in which one does not identify emotionally or psychologically with their biological gender. Brown gave the treatment center Witherspoon’s address when asked for a place of residence, then walked out the door and roamed free, authorities have said.

Witherspoon had asked to be notified if Brown was released from jail, but an automated victim alert system used by the county Sheriff’s Office didn’t reach her.

Witherspoon was apparently unaware Brown was free until Brown showed up at her home, investigators said. Once inside, Brown reportedly bound Witherspoon’s hands and feet, raped and strangled her, and then left her naked body in a bathtub full of water, according to court documents.

Brown was arrested after returning to Witherspoon’s home on the evening her body was found.

Charleston police investigators said they found Brown’s driver’s license had been changed to list Witherspoon’s address and Brown was carrying the slain woman’s panic alert button, as well as keys to her home and car. He also wore a pair of her slacks and underwear, police said.

Brown pleaded guilty a year later after prosecutors agreed to take the death penalty off the table. As part of the arranged plea, Brown agreed to explain to Witherspoon’s family exactly what happened on the day she died, said Barry Goldstein, a veteran homicide detective who led the investigation. Brown, however, failed to deliver on that promise, he said.

“He told his attorney, ‘Tell them to figure it out,’ ” Goldstein recalled. “And that was the end of it.”

At a post-conviction relief hearing in 2007, Brown claimed to have no recollection of killing Witherspoon. And Brown now says she had nothing to do with Witherspoon’s death. She insisted that Witherspoon was a friend and mentor who “kept an open mind” and let her stay at the Tradd Street home after Brown left jail. Brown said she suspects Witherspoon was killed by someone angry because the French teacher was planning to move to Paris.

“I believe that someone and I do not know who, saw me leave the house and confronted her about her upcoming move to Paris, France,” she stated. “I don’t know who would want to hurt her.”

Brown contends she pleaded guilty to the killing under duress during an emotionally difficult time that she likened to “P.M.S.” Had people known about her gender identity issues, Brown said, “I would not be here in prison for a crime or crimes that I did not commit.”

Former Public Defender Jennifer Shealy said she could not comment on the case because she no longer represents Brown. But during the 2007 post-conviction relief hearing, Shealy insisted she did everything possible to defend Brown.

“It was definitely not a situation where I was making Mr. Brown plea,” Shealy testified at the time.

Goldstein, the detective, doesn’t buy Brown’s version of events. Police found no evidence to indicate Brown and Witherspoon were friendly — or even communicated — before the killing, and Witherspoon’s friends indicated she was terrified of Brown, he said. What’s more, ample evidence, including DNA, tied Brown to the murder, Goldstein said.

Olsen, Witherspoon’s sister, called Brown’s claims of innocence “such hogwash.” She said her sister would not have taken Brown in and helped him with his plans for a sex change. Witherspoon didn’t believe in that sort of thing, Olsen said.

“She was probably the only person who was ever nice to him. Mary Lynn was kind to everybody. She was good to the core. She loved people and was truly kind to people,” Olsen said. “But she would never have assisted him with having a sex change.”

Guilt aside, there are clear signs that Brown had struggled with gender identity for years. Investigative documents include several letters and lists Brown penned while in jail in 2003, some of which detail her efforts with hormone therapy and her desire for a sex change operation. During a traffic stop in North Charleston earlier that year, Brown volunteered that she was planning to undergo a sex-change operation when asked about purses lying on the front seat of the car.

After Brown’s arrest for murder, investigators discovered that the suspect had used Witherspoon’s credit card to purchase foam breasts and women’s clothing from a shop in New York, police documents show. At the time, Brown said, she was about seven months away from having sex-reassignment surgery.

Olsen recalled that the late state Rep. John Graham Altman approached her at the Statehouse about Brown when she was pushing for passage of an anti-stalking law in her sister’s name several years ago. Altman told her Brown had asked for help in getting a sex change, but the lawmaker wasn’t sure whether Brown was serious, she said.

Brown’s father, Edmonds Tennent Brown III, would not discuss his son’s gender issues when contacted by The Post and Courier.

“I have no statement at all,” he said. “That’s totally beyond me. I have no involvement in that whatsoever.”

Katheryn Brown said her efforts to change genders led to her being assaulted when she first arrived in prison. Inmates generally leave her alone now, though she continues to press for treatment and gender transformation surgery.

“I wish I could put into words the emotions that I am feeling always being uncomfortable in this body,” she wrote in a February letter. “Not being able to have my outside appearance match what I feel like on the inside.”