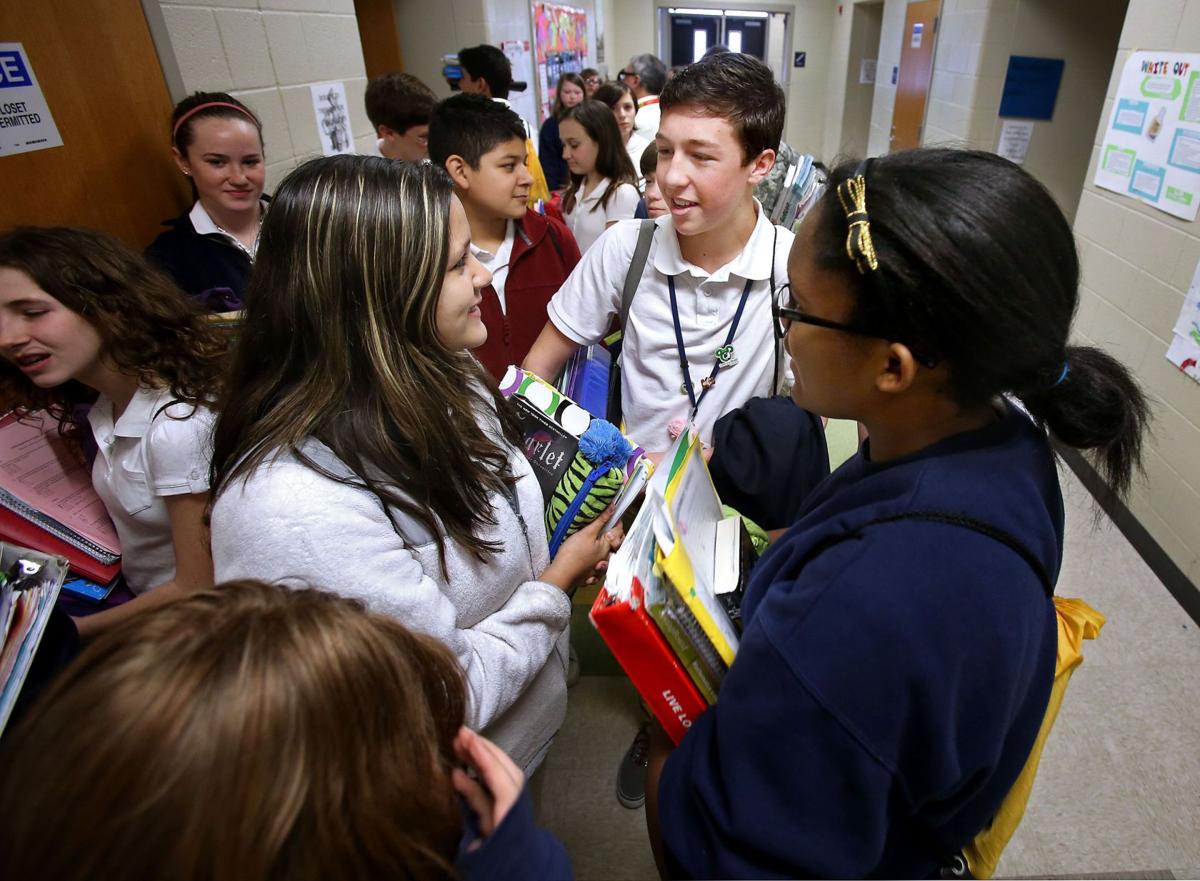 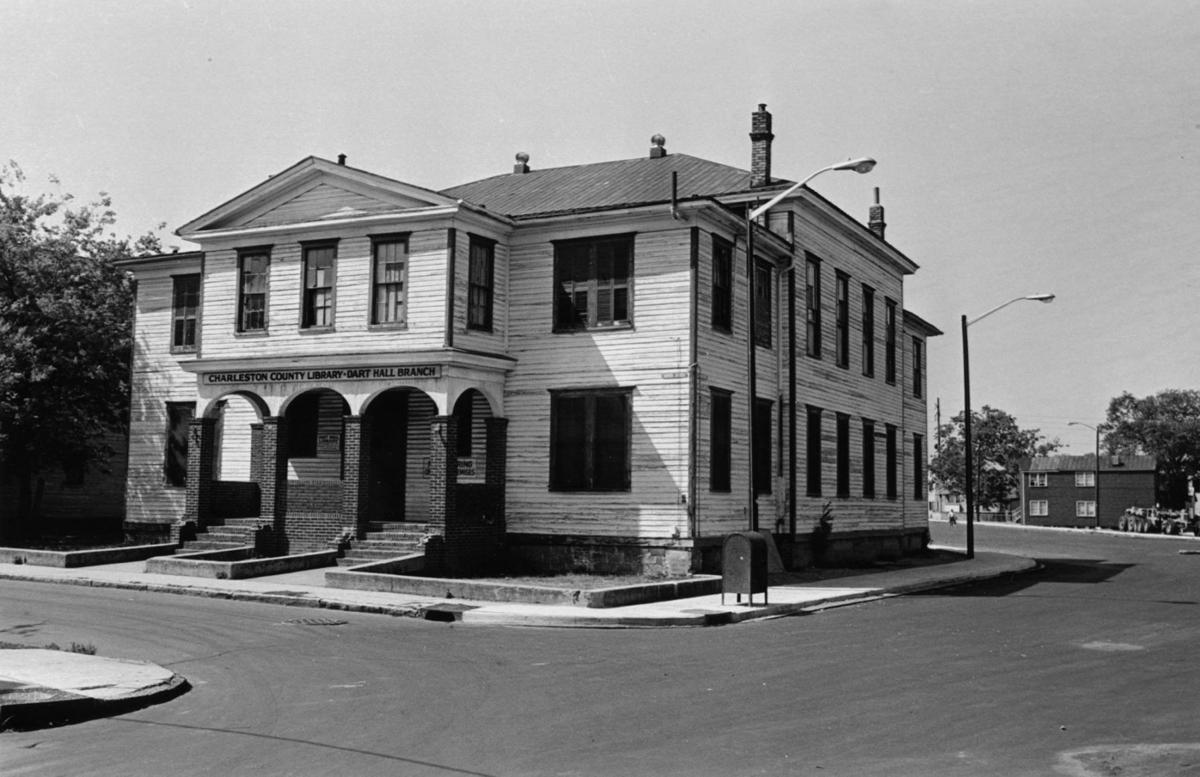 On Charleston’s peninsula, home to some of the area’s richest and poorest families, the public schools were separate and unequal.

Two schools had no white students. The high school had just one. Few had more than a sprinkling of white kids in buildings full of black children.

Yet, this isn’t a history lesson about pre-civil rights era segregation. Those numbers were tallied two months ago when the Charleston County School District counted its 45-day enrollment figures.

More than 50 years after desegregation, Charleston County School District students remain largely separated by race in their quest for quality education. And their schools are not always equal when it comes to performance. All of the district’s high schools ranked “At Risk” or “Below Average” by the state are predominantly black.

In that reality, many see the cancers of yesteryear still festering.

In the fall of 1963, Millicent Brown and other high school students integrated Charleston’s public schools. Yet today, de facto segregation is the norm in many areas.

Brenda Nelson, director of the school district’s Office of Community Outreach, said racial segregation in the schools is, in some ways, worse today than when she attended Charleston High School in the 1970s. Now defunct, the school drew students from across the peninsula.

“We had relationships with other students,” Nelson said. “But in Charleston (today), you don’t see that kind of diversity.”

And what is lost cannot be counted on 45-day enrollment spreadsheets, said Cindy Bohn Coats, chairwoman of the Charleston County School Board. “We forget that diversity is a great educator.”

At a symposium last month, people black and white gathered at the College of Charleston to discuss school diversity and performance.

Among the panelists was William Pugh, one of 16 black students at Academic Magnet High School, which ranks among the nation’s top-performing public high schools.

Pugh entered the diversity fray last fall when his school’s football team was accused of racial insensitivity for smashing watermelons with caricature faces drawn on them after their games. While many students argued the team intended no racial overtone by the ritual, Pugh took them to task on the school newspaper website.

“Racism may not be the appropriate word to use, but ‘cultural insensitivity’ is,” wrote Pugh, a junior.

A few months later, he told the College of Charleston audience that diversity could ease the stereotyping he experiences daily.

“Because of a lack of diversity,” he said, “whites can’t always realize the magnitude of their offenses toward blacks.”

When it opened its doors in 1988, Academic Magnet was a program housed inside Burke High School, and through the 1990s it was relatively diverse, with a black student population of around 25 percent, according to school district data. Academic Magnet moved to the Old Navy Base in 1996 to become a stand-alone school. Its demographics held firm until the mid-2000s, when U.S. News & World Report and Newsweek began to rank it among the best nationwide. Talented white students applied, and got in en masse, leaving less room for others.

“Who wants to go to a school where nobody looks like you and can’t relate to you?” Padron asked.

The vast Charleston County School District, 100 miles long, is diverse on the whole. About 46 percent of its students are white, 43 percent black and 8 percent Hispanic. But only eight of the district’s 84 schools come close to mirroring that racial makeup.

In other districts throughout the United States, busing was a tool used to help desegregate the schools. But in 1990, U.S. District Judge Sol Blatt Jr. ruled in a 1981 case that the county’s size and segmented terrain made full integration impossible. When the 4th U.S. Circuit Court of Appeals agreed, the federal courts couldn’t force the issue by, say, requiring a school busing solution.

The imbalance today is especially acute in downtown Charleston where the growing ranks of white parents are opting for private schools, home schooling and the district’s many magnet, charter and Montessori options.

Burke High School has just one white student. So does Sanders-Clyde Elementary. Charleston Progressive and Charleston Development academies both have none. Mitchell Math and Science Elementary has five, the district’s 45-day school enrollment figures show.

And it’s not just downtown. In North Charleston, Mary Ford Elementary has five white students. Chicora Elementary has four. On the flip side, Sullivan’s Island Elementary has just two black students amid a sea of white faces. East Cooper Montessori has three.

Yet, in surrounding school districts, diversity is far more of the norm. Berkeley County has only one school with such a homogenous student body. Rural J.K. Gourdine Elementary has four white students out of 171. Dorchester District 2 doesn’t have a single school so lacking in diversity.

Those districts also offer far fewer school choices than Charleston County with its myriad magnets and charter schools, not to mention an option to voluntarily transfer to other neighborhood schools.

To Dot Scott and some other black leaders, it comes down to one thing: Too many white parents in Charleston County don’t want their children going to predominantly black schools. Once a school’s population becomes close to half black, white families flee.

“They will find reasons to keep their children out of those schools,” said Scott, president of the Charleston NAACP branch. “There are those out there whose goal is to make sure my kids don’t have to go to school with those kids.”

In the 1970s and ’80s, many white families on the peninsula moved to the suburbs. That left schools downtown primarily black, as most remain.

“White families are unwilling to send children to schools like that,” Nelson said.

Padron agreed: “I think there’s some truth to that. Not everybody, but there is a comfort zone.” He knows first-hand. He is among principals who have overcome it.

Padron oversaw the transition of Haut Gap Middle from a low-performing, shrinking school to a diverse partial magnet on Johns Island.

When he arrived seven years ago, the mostly black school had 196 students, down from 400, and a high suspension rate. It sat in a diverse area, “yet the school didn’t reflect that,” Padron said.

With input from the community, he pushed for Haut Gap to become a partial magnet, with a section of more academic rigor to draw higher-performing students who were transferring to other schools.

“If your highest level of thinkers aren’t there, you are depleting the school of that thinking,” Padron said.

He actively recruited parents, urging them to trust his vision and the school’s academics and safety. As parents came and liked what they saw, they reported back to friends, and soon Haut Gap was growing.

“We have seen now a very diverse general population,” Padron said. “I strongly believe the school needs to represent the community around it. But it’s not easy to do.”

Today, Haut Gap is among the bright spots of diversity in Charleston County:

But those numbers don’t tell the whole story. At partial magnets such as Haut Gap, the advanced studies magnet programs have more white students while “traditional” classrooms are filled with more minority students. Haut Gap’s magnet portion is about 23 percent black; the traditional program is about 51 percent.

This sort of internal segregation can be found at other schools, too. Take the Montessori students at Murray-LaSaine Elementary on James Island who are predominantly white while “traditional” students mostly are black, according to school officials.

At Haut Gap, students tend to study separately and with different curriculums. But they play on the same sports and other teams, which helps bridge divides. “You are still part of one team,” Padron said. “We are all part of the school.”

In the Lowcountry, blacks and whites still live mostly apart, whether due to choice or persistent income disparities. And most public schools serve the neighborhoods around them. Mount Pleasant is mostly white, and so are its schools. Areas of North Charleston are mostly black; so are those schools.

But no longer does geography alone dictate school enrollment, not given the advent of school choices.

In Charleston County, parents can request to transfer their children to other public schools. They can apply to magnet and charter schools. They can home school their kids, or send them to private school or sign them up for online classes.

Those choices, while lifting some boats, have re-segregated schools, some experts and observers said.

“The whole choice thing bothers me. I’m enough of a dinosaur to remember segregation,” said the Rev. Joseph Darby, first vice president of the Charleston NAACP. “This is still Charleston.”

School choice has obvious benefits for many students, but for others it’s an empty promise.

Because poverty and race track closely in Charleston, black families are more likely to face transportation and other socioeconomic hurdles to sending their children to schools outside of their communities. For instance, there is no door-to-door bus service for students who transfer from their neighborhood schools. So not having access to a regular car ride can mean not having access to a better school.

That’s why Brown, a retired history professor who integrated the Charleston County schools, wants more focus on strengthening neighborhood schools so that all students benefit. “Choice caters to those with the best ability to make choices,” she said.

“Then it shifts,” she said, and the students who tend to gain from reform the most are white.

This happened with the Academic Magnet, which was born in 1988 as a sub-campus of Burke High School but moved to North Charleston in 1996 and gradually became more white, King said. It also happened at Buist Academy in 2007 when enrollment rules changed. Buist’s black student population once was 40 percent. Today, it is 11 percent.

And the same is happening at Murray-LaSaine now, King said. The school board recently approved a plan to make it a full Montessori school even though that approach “is not for everybody,” she said.

“I am much less concerned with diversity than I am with equality,” King said. “I want black and brown children to have the same opportunity white children have.”

Deputy Superintendent Lisa Herring agreed that issues of race and socioeconomics can filter into parents’ decisions about where to send their children. But she doesn’t think they rank among the top priorities.

When she looked at her own daughter’s education and chose a magnet school, “I never thought about color,” she said. “I thought about performance.”

To tease out perception from fact, the school district recently hired marketing firm Rawle Murdy to survey parents anonymously about their choices. Are decisions about their children’s educations made, even partly, based on race?

To that question, Interim Superintendent Michael Bobby sighed. “I’ve got to believe some of that exists.”