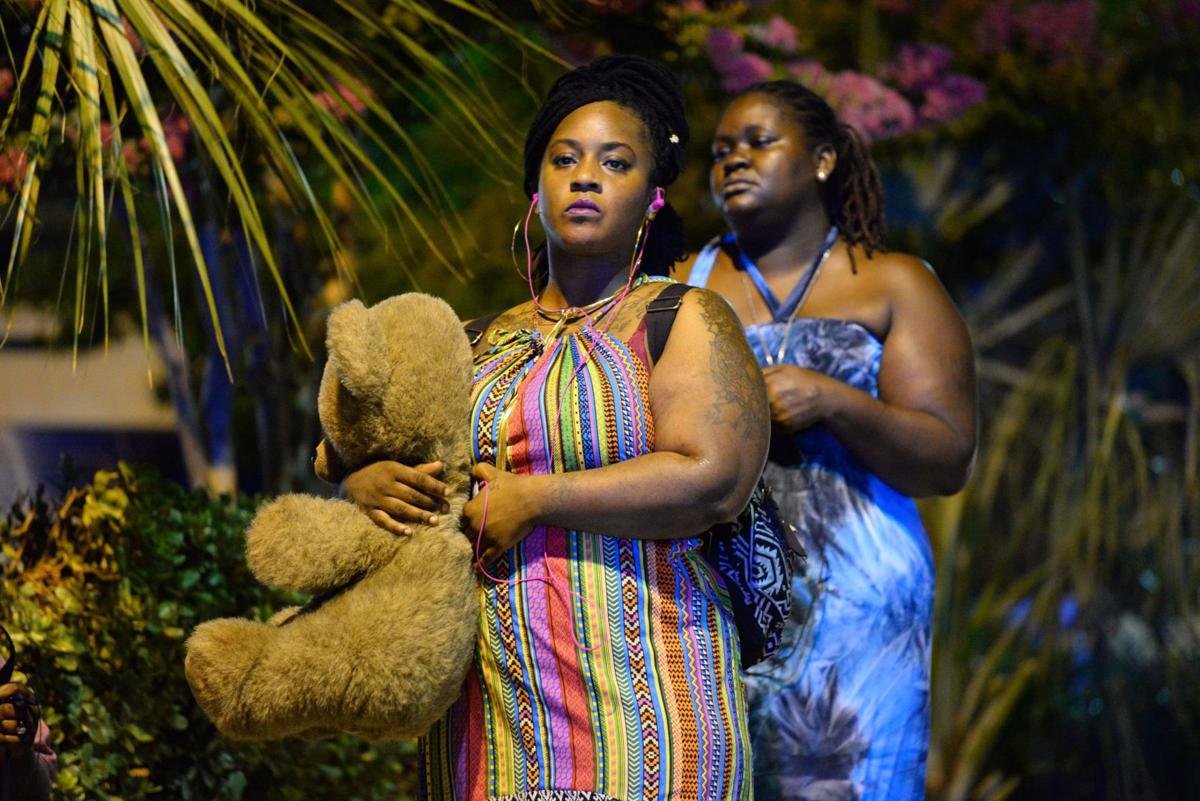 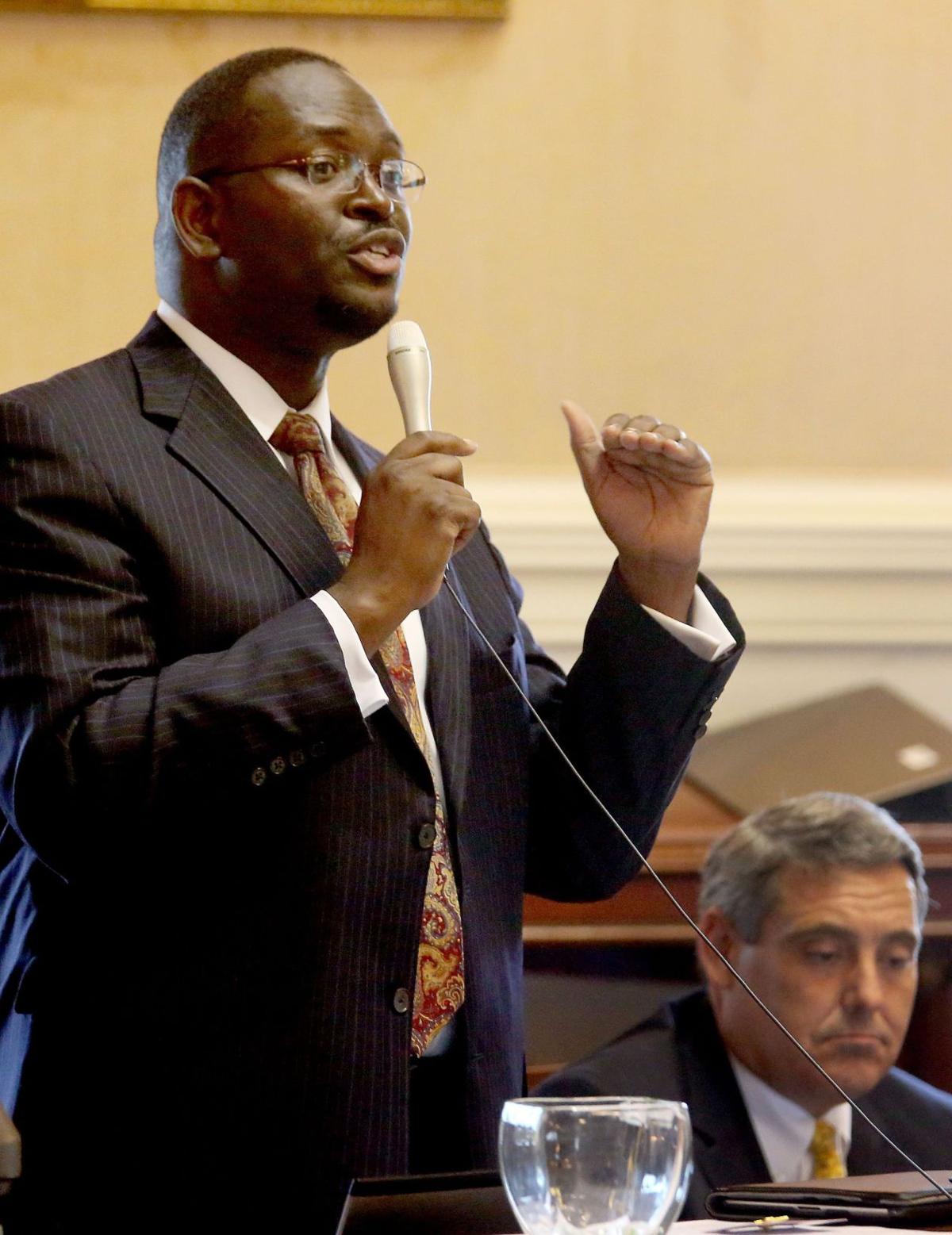 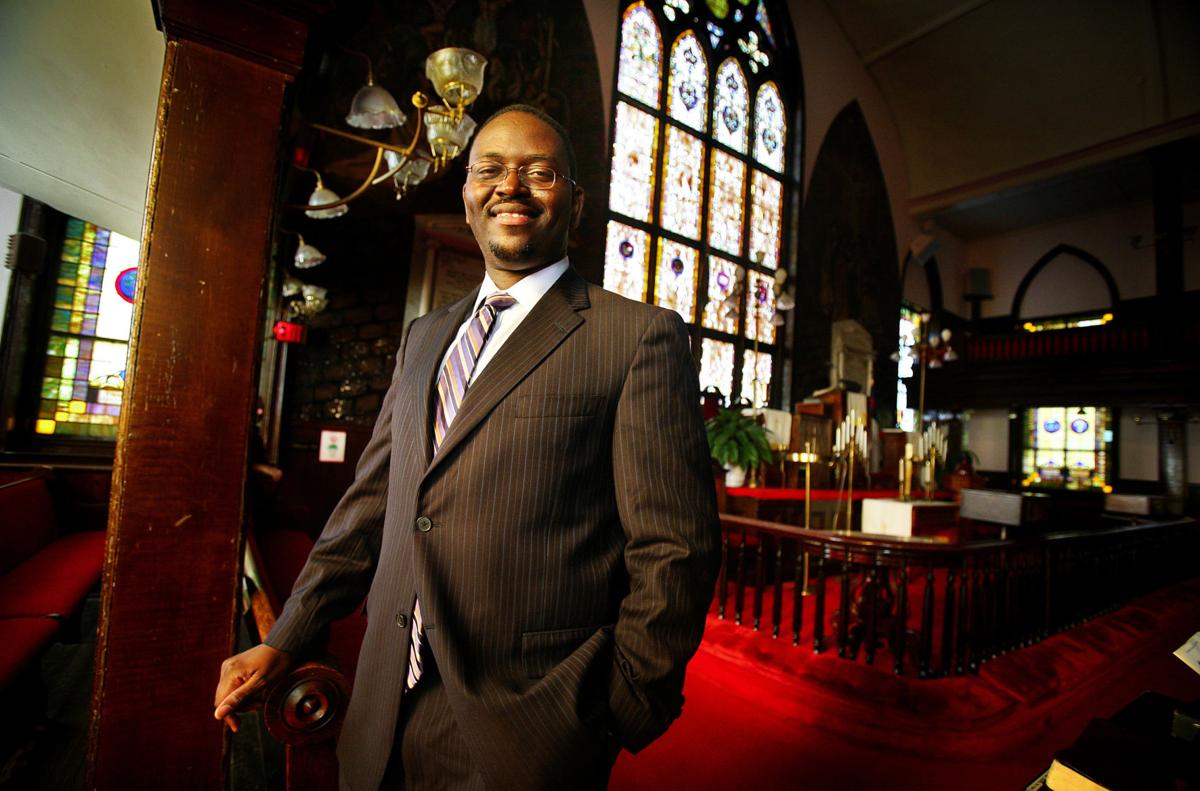 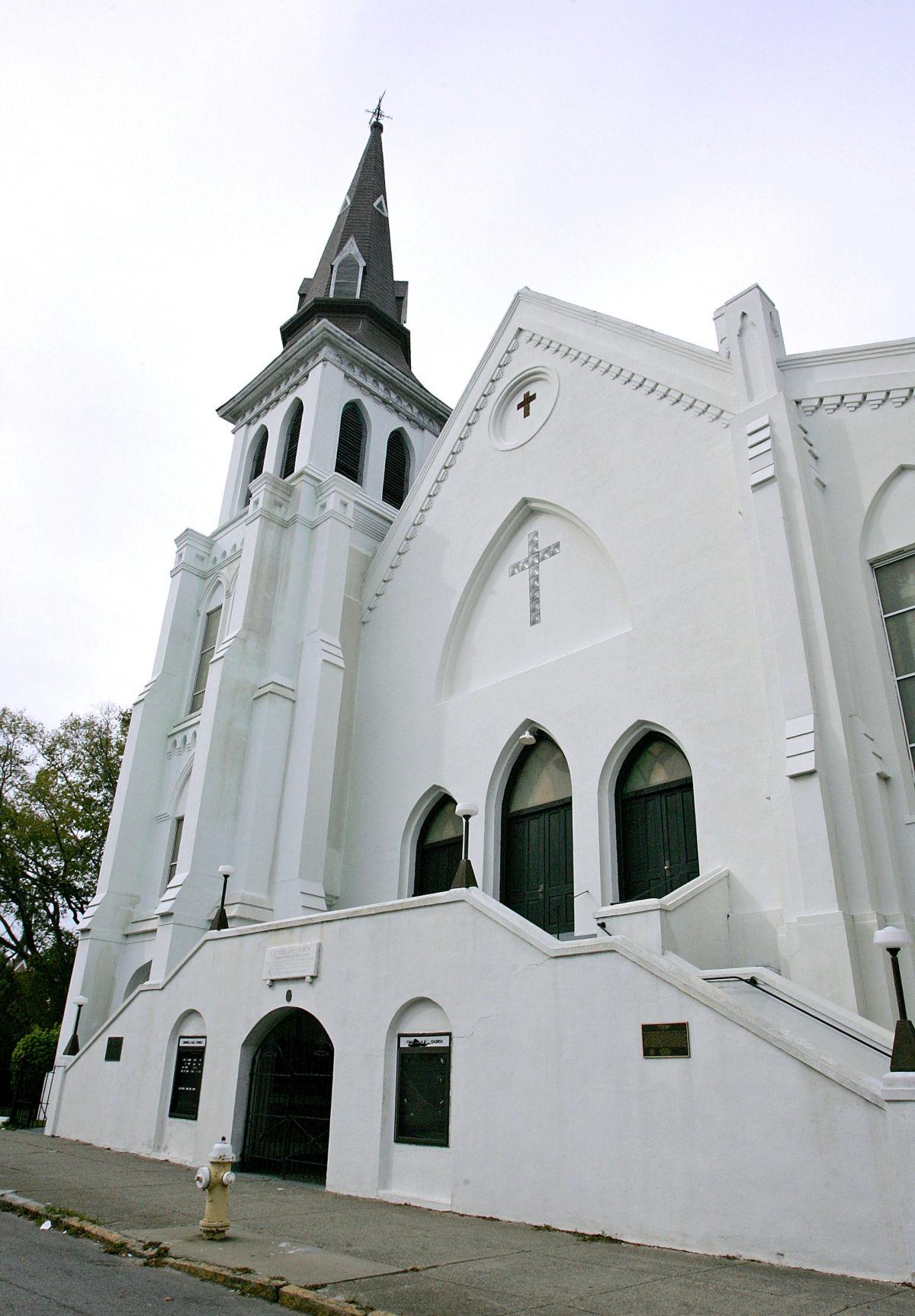 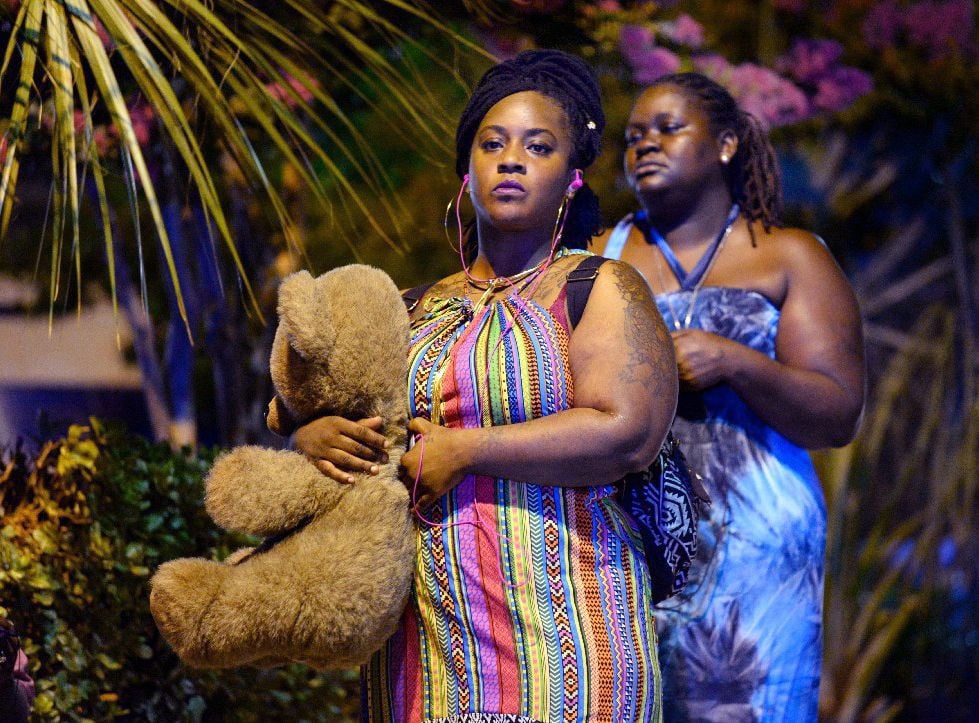 After a night of fear and grief in downtown Charleston, authorities in North Carolina arrested a young white man on charges that he gunned down nine people at Emanuel African Methodist Episcopal Church, ending a vast search but leaving the city and the nation reeling.

The Holy City struggled to comprehend why the gunman police identified as 21-year-old Dylann Storm Roof would sit down for an hour at a Bible study in the historic black church on Calhoun Street and then open fire, wiping out most of the clergy. The U.S. Justice Department is investigating the killings as a hate crime.

To President Barack Obama, the shooting stirred up “a dark part” of American history when racially motivated violence was more prevalent. U.S. Attorney General Loretta Lynch declared that such acts have “no place in a civilized society.”

The emotional weight of the ordeal also brought local activists, Charleston’s police chief and South Carolina’s governor to tears as they fought to find words to ease community members who fear further violence in a city with a long and complicated history involving race.

“We woke up today, and the heart and soul of South Carolina was broken,” Gov. Nikki Haley said, her voice trembling. “We have some grieving to do. ... Parents are having to explain to their kids how they can go to church and feel safe. That’s not something we ever thought we’d deal with.”

After a massive manhunt, Roof, who has shown interest in racial segregation and the Confederacy, was caught during a traffic stop Thursday morning in Shelby, N.C., 250 miles north of Charleston. A motorist there recognized Roof’s 15-year-old Hyundai from wanted posters distributed by police.

A resident of Eastover, a rural town near Columbia, Roof smiled at television cameras Thursday afternoon as Shelby officers led him to a waiting cruiser, his mop of blond hair hanging in his eyes and a ballistic vest covering his torso. He waived extradition, and South Carolina flew him back to Charleston County to face charges in what has been called one of worst hate crimes the United States has seen in decades.

Meanwhile, the community mourned and searched for answers, with hundreds packing prayer vigils in a show of solidarity and support for the fallen and the families they left behind.

In all, six women and three men died after gunfire sprayed through Emanuel’s basement. Among the dead were a state senator who served as the church’s primary pastor, a beloved county librarian, a dedicated girl’s track and field coach and a young college graduate. The victims ranged in age from 26 to 87.

Their deaths marked the second fatal shooting in the past three months that has drawn the nation’s eyes to the Charleston area, roiling racial tensions and prompting federal investigations. The FBI has been examining potential civil rights violations in the April 4 killing of Walter Scott, a black man shot in the back by a white North Charleston police officer. FBI agents also are looking into what motivated Wednesday’s bloody attack in Emanuel AME Church, Columbia-based spokeswoman Denise Taiste confirmed.

The tragedy also renewed politicians’ focus on reform of the nation’s gun laws. Obama said Thursday during a press briefing in Washington that the Charleston shooting should spark national introspection about the availability of guns.

The tragedy unfolded on a hot, steamy night after about a dozen clergy and church members gathered for a regular Bible study and prayer service. They met in the basement, a ground-level floor beneath the sanctuary that housed the pastor’s office and other rooms.

A young white man, not part of the congregation, came in around 8:15 p.m. and sat down quietly. He stayed for 40 to 50 minutes as the session continued.

“But since they have no root, they last only a short time. When trouble or persecution comes because of the word, they quickly fall away ...”

Suddenly, the young man rose, uttered remarks that betrayed his contempt for blacks and opened fire with a gun.

A female trustee, who hid under a table, was among the survivors. The gunman told her he would let her live so that she could tell the story of what happened. Two other survivors, including a young girl, played dead, church members said.

The gunman slipped out of the church as dozens of police officers descended on the area armed with military-style rifles, teams of police dogs and helicopters that circled overhead.

Area residents locked the doors and bolted their gates, fearful after news spread that a gunman was on the loose. Activists from local black communities expressed fear of being targeted next.

Johnson has spoken out for years about civil rights concerns in Charleston-area policing. He had recently joined Clementa Pinckney, the slain AME church pastor, for a summit about the Scott shooting in North Charleston.

But Johnson had never coped with anything like this, he said, and he worried that it would discourage people from talking about racially charged problems.

“We feel that we’re not safe,” he said. “They could do the same thing when we speak out against this injustice. We must be mindful.”

As Johnson and others grappled with such thoughts, the gunman, who had slipped out of Charleston, put distance between himself and the carnage he’d left behind.

Investigators soon broadened their hunt, deploying local and statewide police agencies and top agents from the FBI and the U.S. Bureau of Alcohol, Tobacco, Firearms and Explosives. They also circulated surveillance camera images of a young man with a bowl haircut who appeared to be the gunman they were looking for. A bulletin included pictures of the gunman’s 2000 Hyundai Elantra and a telephone tip line for people to call if they saw the car or its driver.

Tips started rolling in soon after the bulletin went out. By mid-morning, investigators named Roof as the suspected gunman and a call went out for his arrest. Shortly after 11 a.m., authorities announced he had been nabbed in North Carolina.

“We had a number of tips that were coming in,” Mullen, the police chief, later said. “It was amazing. Whenever we got a lead ... we sent out teams. It was a tremendous effort. ... I am so pleased that we were able to resolve this case quickly ... so that nobody else is harmed by this individual.”

A picture soon emerged of a troubled young high school dropout who had talked about blacks in racially inflammatory terms and had been arrested in recent months on drug and trespassing charges.

He had been banned from a Columbia mall in February after employees of two stores alerted police that Roof, dressed in all black clothing, was asking odd questions about their operations and when workers left for the night, an incident report stated. He was arrested on a trespassing charge in April after returning to the mall, records show.

Friends said something seemed to be bothering him, but he stayed out of trouble until he walked into Emanuel AME Church Wednesday night.

Obama and Vice President Joe Biden called Charleston Mayor Joe Riley on Thursday to relay their condolences. They praised the efforts to track down the suspect, Riley said.

“It’s a wonderful sign that we don’t let these people get away with these dastardly deeds,” he said.

But further rattling people as they mourned the losses, someone called in bomb threats to another downtown AME church where residents and leaders had gathered for a vigil and to the office building where Charleston County’s coroner announced the names of those who were slain.

Emotions already were raw this week from the anniversary of another tragedy that also claimed nine lives. The shooting occurred on the eve of the eighth remembrance of the June 18, 2007, Sofa Super Store blaze in West Ashley that killed Charleston firefighters.

County Coroner Rae Wooten said the anniversary made her team’s response to the shooting more difficult.

“It all came back,” she said. “It was somewhat disbelief that we could ever face something that horrific again.”

But people from local leaders to the president expressed resolve to overcome the latest carnage.

U.S. Sen. Tim Scott, R-S.C., called it “absolutely despicable” for such violence to occur in a place where people come together to “laugh, love and rejoice in God’s name.”

Obama said Emanuel AME and its congregation have risen before from flames, an earthquake and other dark times to give hope to Charleston, “and with our prayers and love and buoyancy, it will rise now as a place of peace.”

“Acts like this have no place in our country and no place in a civilized society,” Lynch, the attorney general, added during a Thursday morning news conference in Washington. “I want everyone in Charleston and everyone who has been affected by this tragedy to know that we will do everything in our power to help heal this community and make it whole again.”