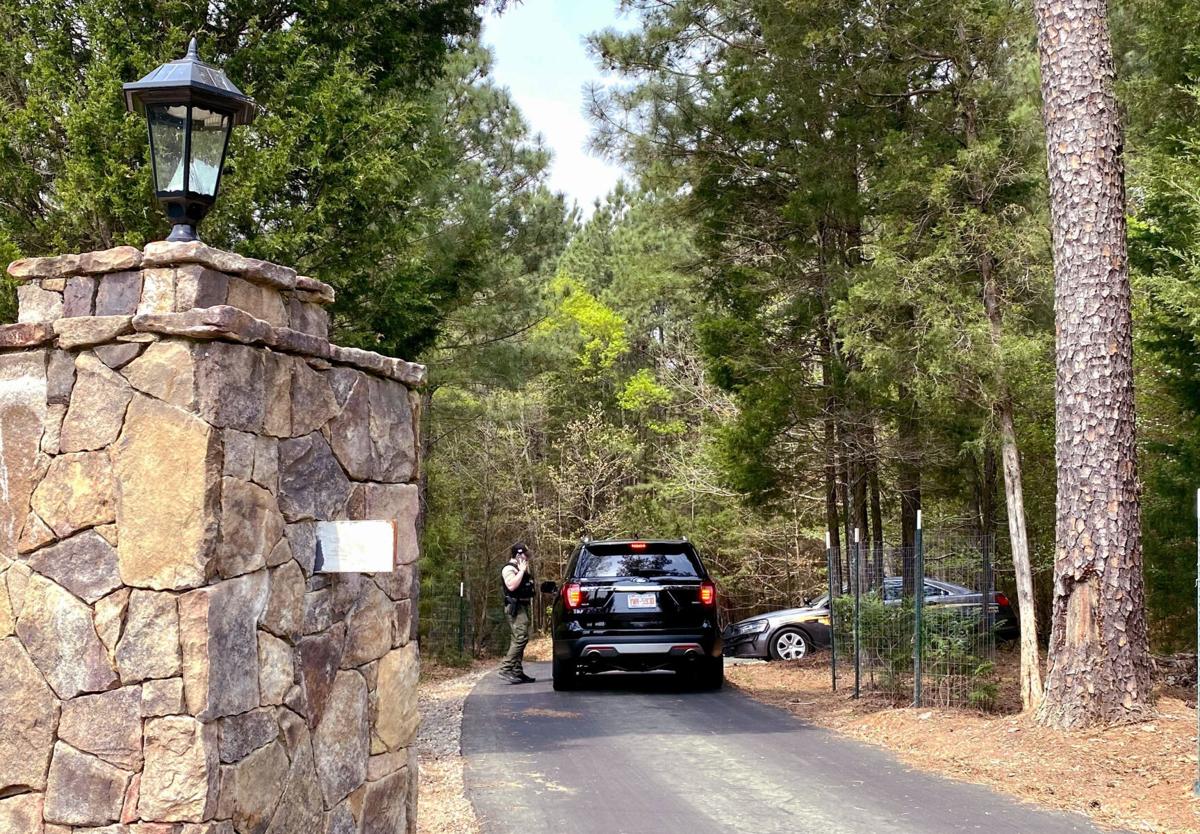 York County sheriff's deputies are seen on the property where multiple people, including a prominent doctor, were fatally shot a day earlier April 8, 2021, near Rock Hill. Natalie Waters/Staff 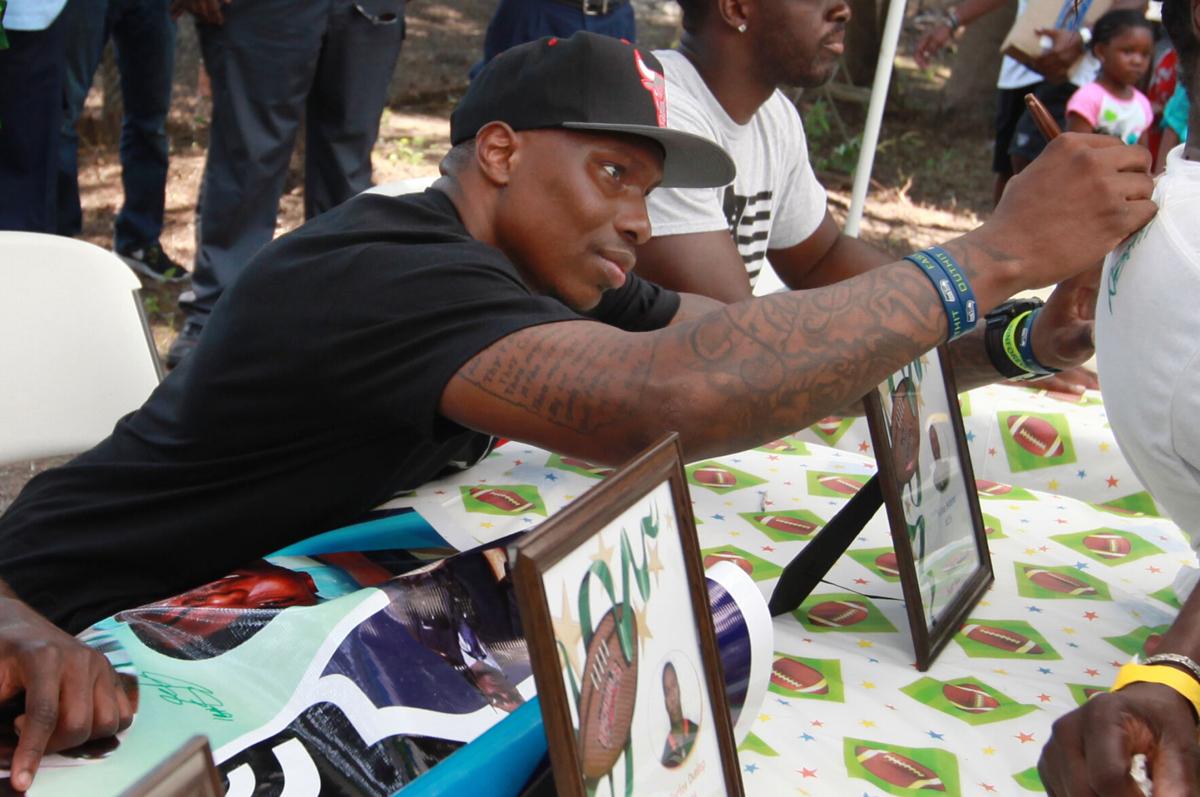 Former NFL player Phillip Adams signs autographs on June 21, 2014, in Hollywood. Adams attended an event in Hollywood with Byron Maxwell, an NFL star who grew up in the small town before moving to North Charleston. The Associated Press reports that Adams was the gunman who killed five people, including a prominent doctor, near Rock Hill, then killed himself on April 8, 2021. File/Staff 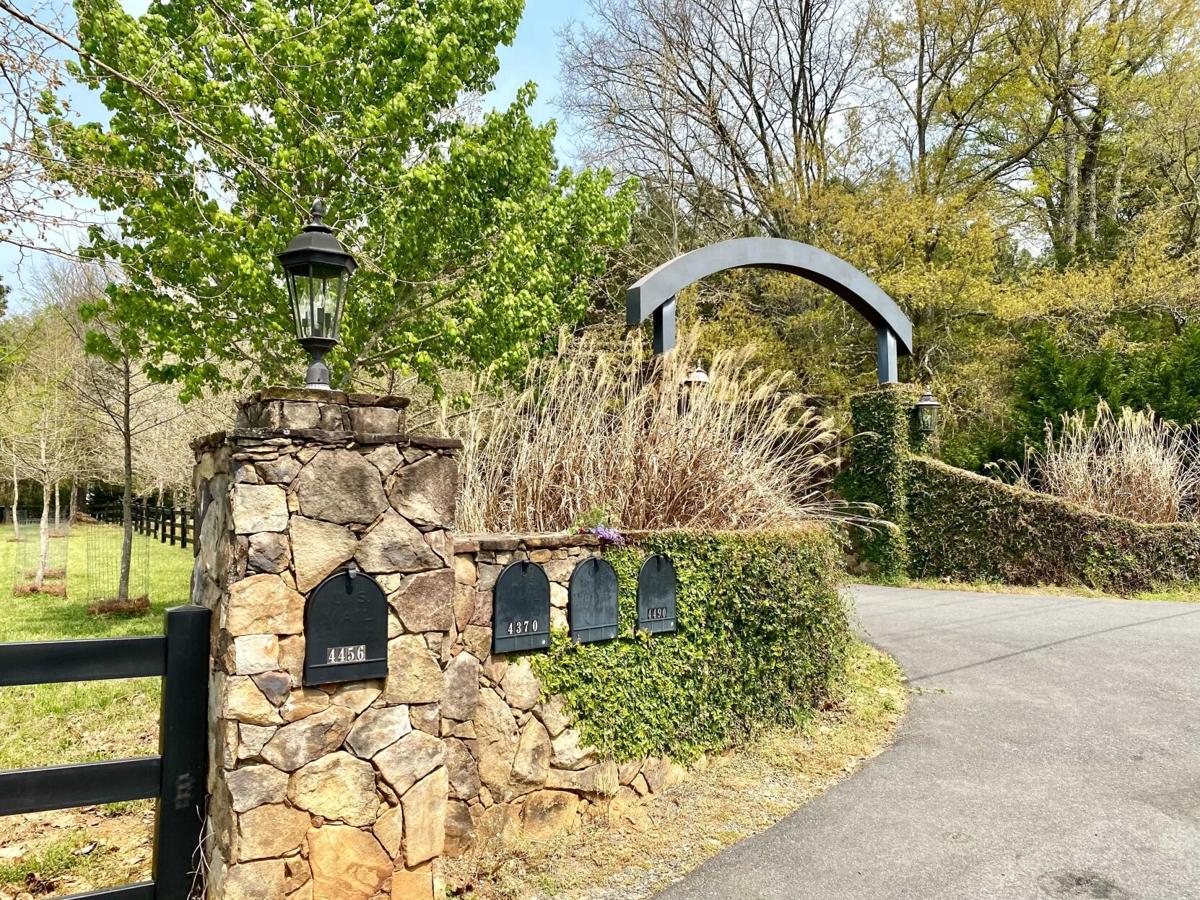 In this neighborhood outside Rock Hill, five people were shot and killed on April 7, 2021, at the home of a prominent local doctor. Natalie Walters/Staff 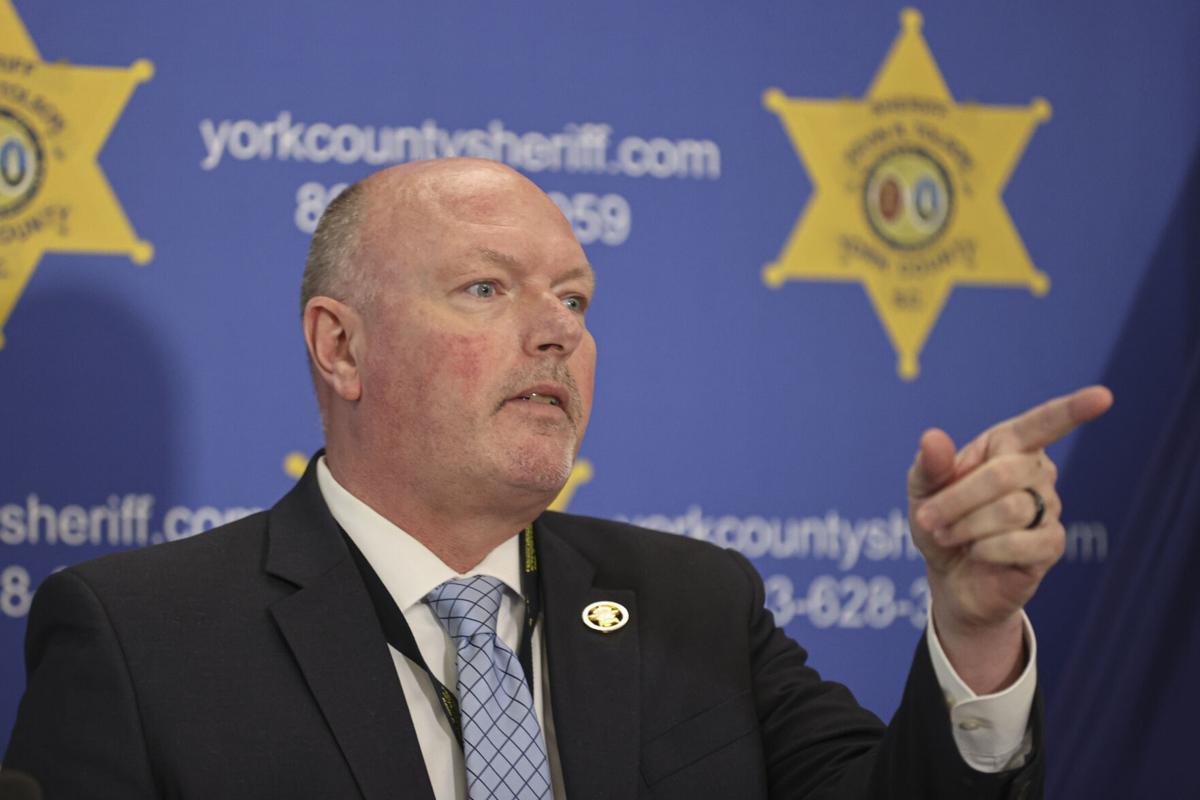 A pair of 911 calls directed York County sheriff's deputies to a quiet neighborhood on the outskirts of South Carolina’s fifth largest city in the late afternoon hours of April 7. What they found shattered the community.

Five people lay slain: A prominent doctor, his wife and two young grandchildren, and a worker on their property. Hours later, deputies found the suspected gunman dead as well — a former NFL player who lived nearby and took his own life.

Five people were killed and one wounded at a prominent doctor's home on April 7, including two young children, in an exclusive neighborhood. 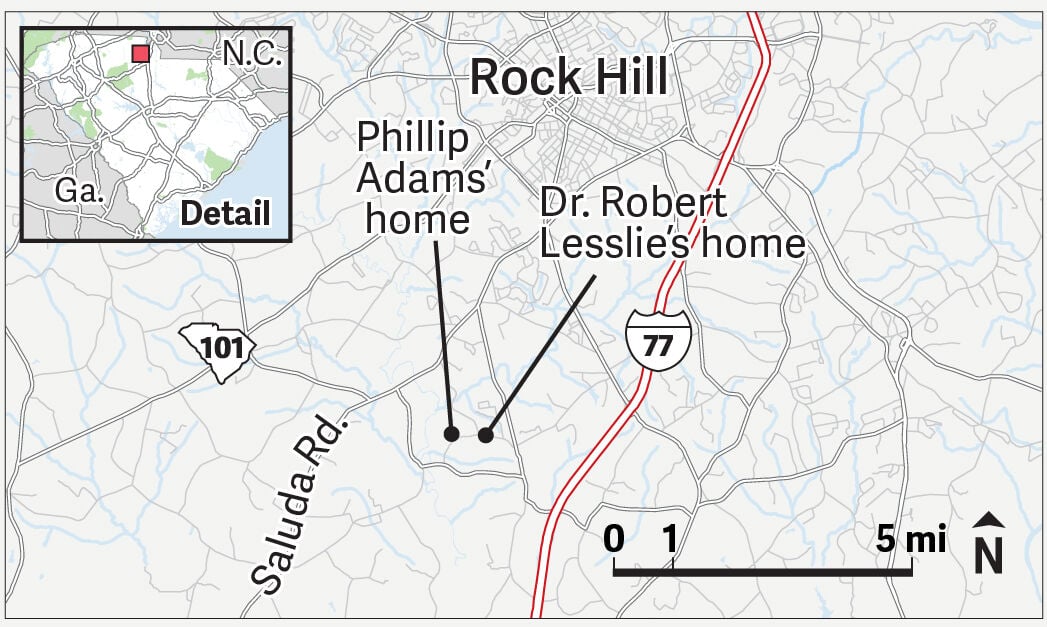 "There's nothing about this right now that makes sense," York County Sheriff Kevin Tolson said the day after the shooting.

Marshall Road, on the periphery of Rock Hill, was home to two hometown heroes.

Dr. Robert Lesslie, 70, founded Riverview House Calls and Riverview Hospice and Palliative Care. Over the years, he'd cared for many in the upper reaches of South Carolina's Midlands.

The longtime physician and author lived on a sprawling tract of forested land with ponds and homes he shared with his family. He was known for not hesitating to help others, even walking through the snow to treat a neighbor's children. He was beloved in Rock Hill and across York County.

Another family lived about a quarter-mile down Marshall Road.

Phillip Adams yearned to play in the NFL. Living near Rock Hill, a community billed as "Football City USA," that dream would become a reality.

Adams, 32, played for Rock Hill High School before enrolling at S.C. State where he played four years. His neighbors said he was a wonderful young man.

From college, he was drafted and played for six teams over five seasons in the NFL, ending his pro career with the Atlanta Falcons in 2015. He suffered several game injuries, including concussions and a broken left ankle.

“I can say he’s a good kid — he was a good kid, and I think the football messed him up,” Alonzo Adams told a reporter after the shooting. “He didn’t talk much and he didn’t bother nobody.”

First responders learned of the violence about 4:45 p.m. April 7, when two people called 911, reporting that as many as 20 shots had been fired. The first caller said one of his colleagues had called him from the Lesslie home, saying he and a coworker had been shot.

The second caller had been mowing the lawn when he heard gunfire sound from the neighboring property, he told a 911 operator. Once the shots died down, he saw a man leaving the home.

Evidence left at the scene led investigators to identify Adams as the gunman, Tolson said, without elaborating. He said officers used a drone and helicopter in their pursuit.

Later that evening, investigators tracked Adams to his nearby home and evacuated his parents. But, by the early hours of April 8, according to Tolson, Adams had killed himself inside his bedroom. "We did not hear gunshots," Tolson said. "We did try to negotiate his surrender."

Up the street, investigators were already at work documenting the grisly scene.

Lesslie; his wife Barbara, 69; and two grandchildren, 9-year-old Adah and 5-year-old Noah, lay dead from gunshot wounds in a back room of their home on the family's compound of three houses.

A fifth person was found dead at the home, James Lewis, 38, of Gaston, who was working on the air conditioning outside.

The sole survivor, an air-conditioning worker who was not identified, was hospitalized with "serious gunshot wounds," a York County Sheriff's Office's spokesperson said.

"We are working hard to provide some answers, obviously one answer, why?" Tolson said in an afternoon news conference on April 8. "That is one answer we are probing as we speak. Dr. Lesslie was a pillar in this community, with what he was able to give back."

On the afternoon after the deadly shooting, the Lesslies' neighborhood was quiet, even as a police helicopter flew overhead.

Phyllis Ferguson, who lives across Marshall Road from the Lesslies', said her niece, Sarah Louise Craig, was walking the dog when she heard the gunshots. Police came by and asked Sarah if she had seen a man with a gun, but she hadn’t.

Ferguson then got a call from the county to lock her house down.

SC police 'doing all they can' to hunt suspect in shooting that killed 2, wounded 8

While waiting for an update, she saw Robert and Barbara Lesslie’s daughter at the end of their driveway, unable to get through. She invited her inside to use the restroom and sit down.

“She didn’t say much,” Ferguson said. “I just hugged her and let her cry. She was in shock.”

Rock Hill is closely knit and the Lesslies' were beloved, she said.

“He’d give you the shirt off his back,” Ferguson said. “They were the kindest, sweetest people.”

Neighbors said it was the Lesslies' daughter's birthday. The couple was watching their grandchildren while their daughter went out to dinner.

Before moving across from the doctor and his family, Ferguson said she lived across Marshall Road from Adams' family.

Phillip used to come play at her house and the 50-year resident of the community was shocked to learn he was the suspected shooter.

“He was the most precious, darling young man,” she said. “I don’t know what happened.”

Allison Hope, who lives across from Adams, said she saw authorities searching the heavily wooded area with dogs. Law enforcement came by to ask if they had seen a man in camo pants and a black hoodie.

Authorities surrounded the Adams’ house about 9 p.m. April 7. Hope and her daughter sat on their screened porch, watching as police tried to lure the former NFL player outside.

Over speakers, lawmen said everything would be fine and that they wouldn't harm his mother, a former teacher who's paralyzed from a car wreck, the neighbor said.

Adams lay dead inside his parents' home. The standoff was over but the grief and questions were only beginning to unfold.

"This community is older and everyone knows everyone," Hope said. "This doesn’t happen here."

Adams seemed to be on a good path, she said. He had started a produce stand nearby about a year ago and was often seen riding a four-wheeler with some young children who neighbors thought were his nieces and nephews.

"He was trying to make something different of himself besides football," Hope said.

As news of the killings spread, those who knew the Lesslie and Adams families were stunned.

Adams was one of five Falcons players to meet with more than three dozen members of Charleston’s Emanuel AME Church in July 2015, a month after the deadly massacre there that claimed nine lives.

His life after football isn't well-documented, but as of April, the 32-year-old was living with his parents again at their Marshall Road home. Records show Adams was previously arrested on an assault and battery charge in Orangeburg in 2009, for which he was not convicted, as well as for carrying a concealed gun in Charlotte in 2016.

“I’m in shock right now and I don’t know what to say because I don’t have all the information,” S.C. State football coach Buddy Pough told The Post and Courier. “I’m just so broken-hearted for everyone involved. It’s just so sad for everyone. I really don’t have anything more to say.”

Tolson, the sheriff, said Lesslie was his physician growing up and that the doctor was someone it seemed everyone knew.

State Sen. Wes Climer, who lives in Rock Hill and called the Lesslie family personal friends, took to the Senate floor April 8 asking that the chamber adjourn in their memory.

"A horrible tragedy has befallen the community I serve," a shaken Climer said. He said Robert Lesslie was part of an "incredible family" whose contributions to his neighbors were profound.

"I am grieving. Friends and family are grieving," Climer said.

According to a biography page on his office's website, Lesslie and his wife of more than 35 years raised four children. They had eight grandchildren. For more than 25 years, Lesslie worked in a Charlotte-area emergency room before serving as medical director of Rock Hill General Hospital's emergency department for almost 15 years.

He received his degree at the Medical University of South Carolina and had practiced in Rock Hill since 1981. He was founder and director of Riverview Hospice and Palliative Care.

"Tragic and heartbreaking news from Rock Hill this morning," Gov. Henry McMaster wrote in an April 8 tweet. "Please join [Peggy McMaster] and I in lifting up the Lesslie family in prayer during this difficult time."

On the outskirts of Rock Hill, where the city gives way to the rolling green of the upper South Carolina Midlands, the trail of violence is less than a mile long. Two families, a community and authorities now try to pick up the pieces.

Standing before a battery of cameras and reporters on April 8, Tolson read a statement from the victims' families.

"While we know there are no answers that will satisfy the question why, we are sure of one thing — we do not grieve as those without hope."

Andrew Miller and Malcolm DeWitt contributed to this report from Charleston. Adam Benson contributed from Columbia. Information from the Associated Press also was used.