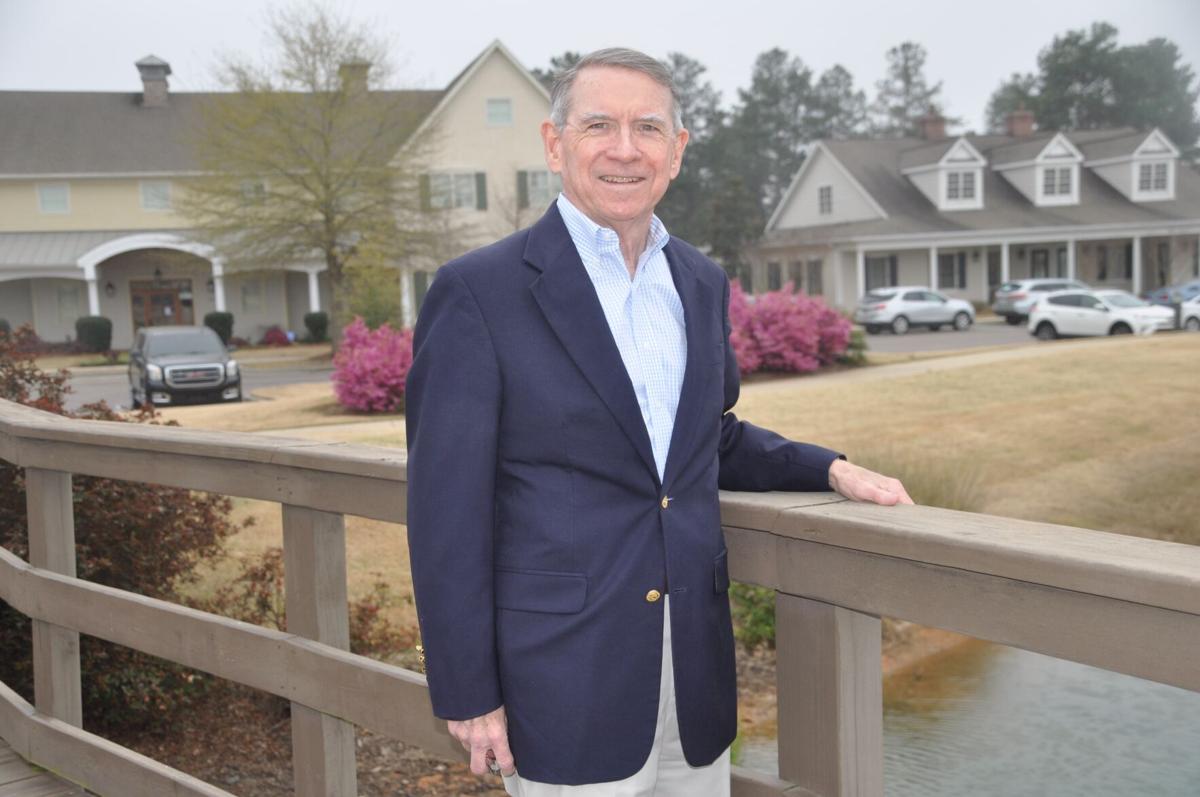 A local business man known for his community service and leadership, Pat Cunning has been instrumental in the development of Woodside Plantation, a large gated community on Aiken’s Southside that represented an unprecedented step forward on the local development scene when the project to construct it began in the 1980s. (Dede Biles/Staff) 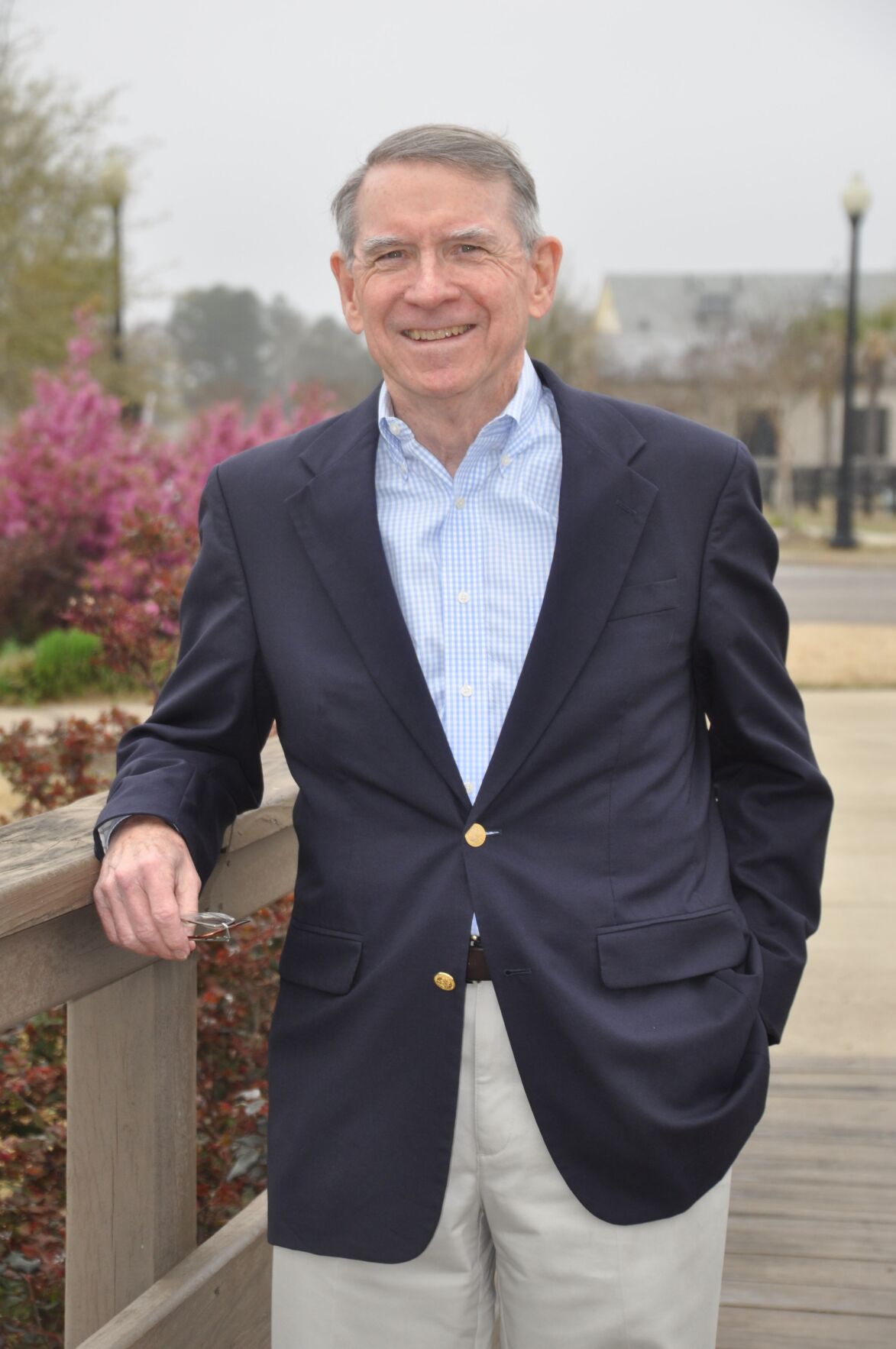 Pat Cunning, shown here in The Village at Woodside, is the president of Woodside-Aiken Realty and also the broker-in-charge. (Dede Biles/Staff) 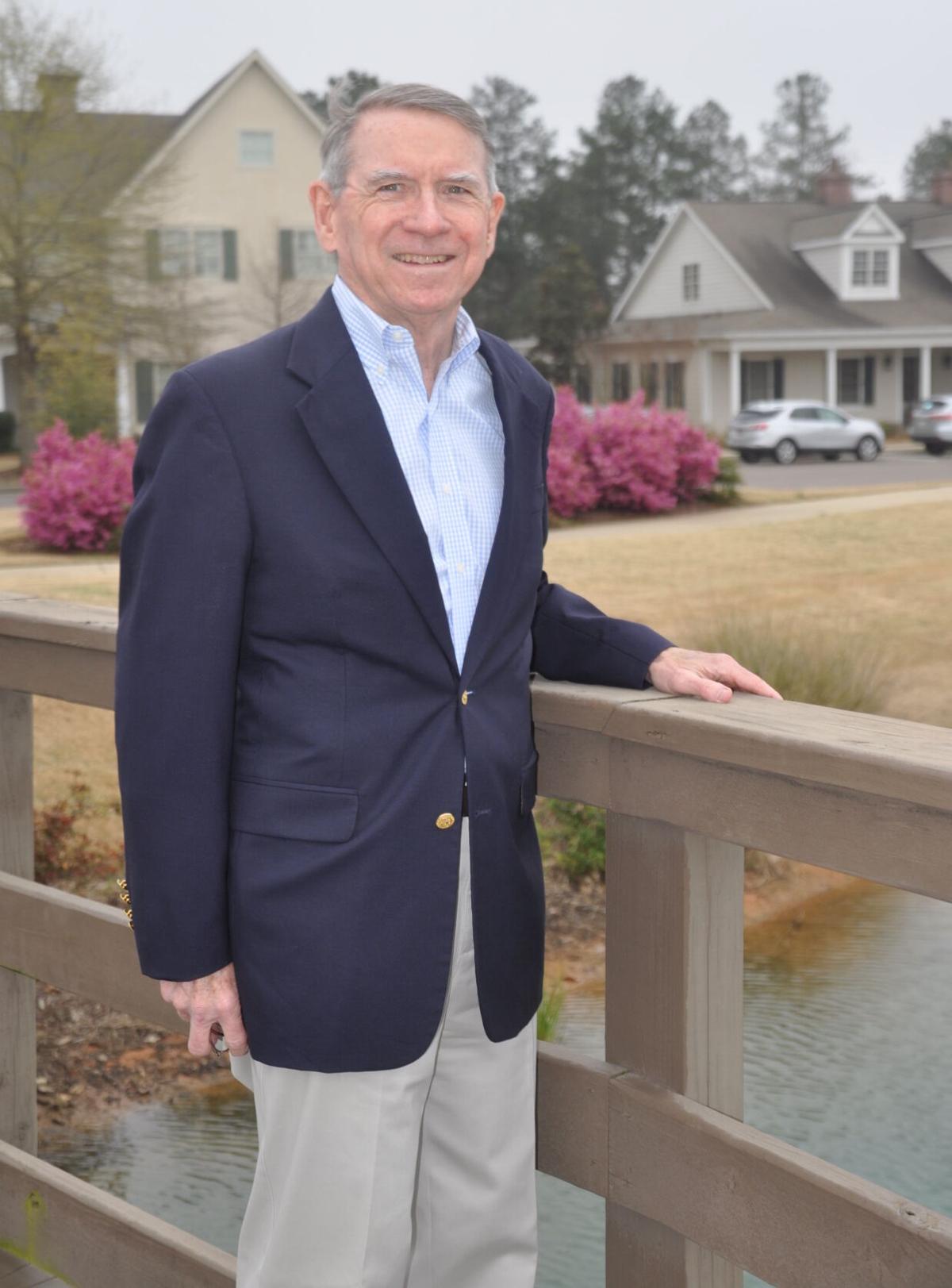 Pat Cunning, shown here in The Village at Woodside, is the president of Woodside-Aiken Realty and also the broker-in-charge. 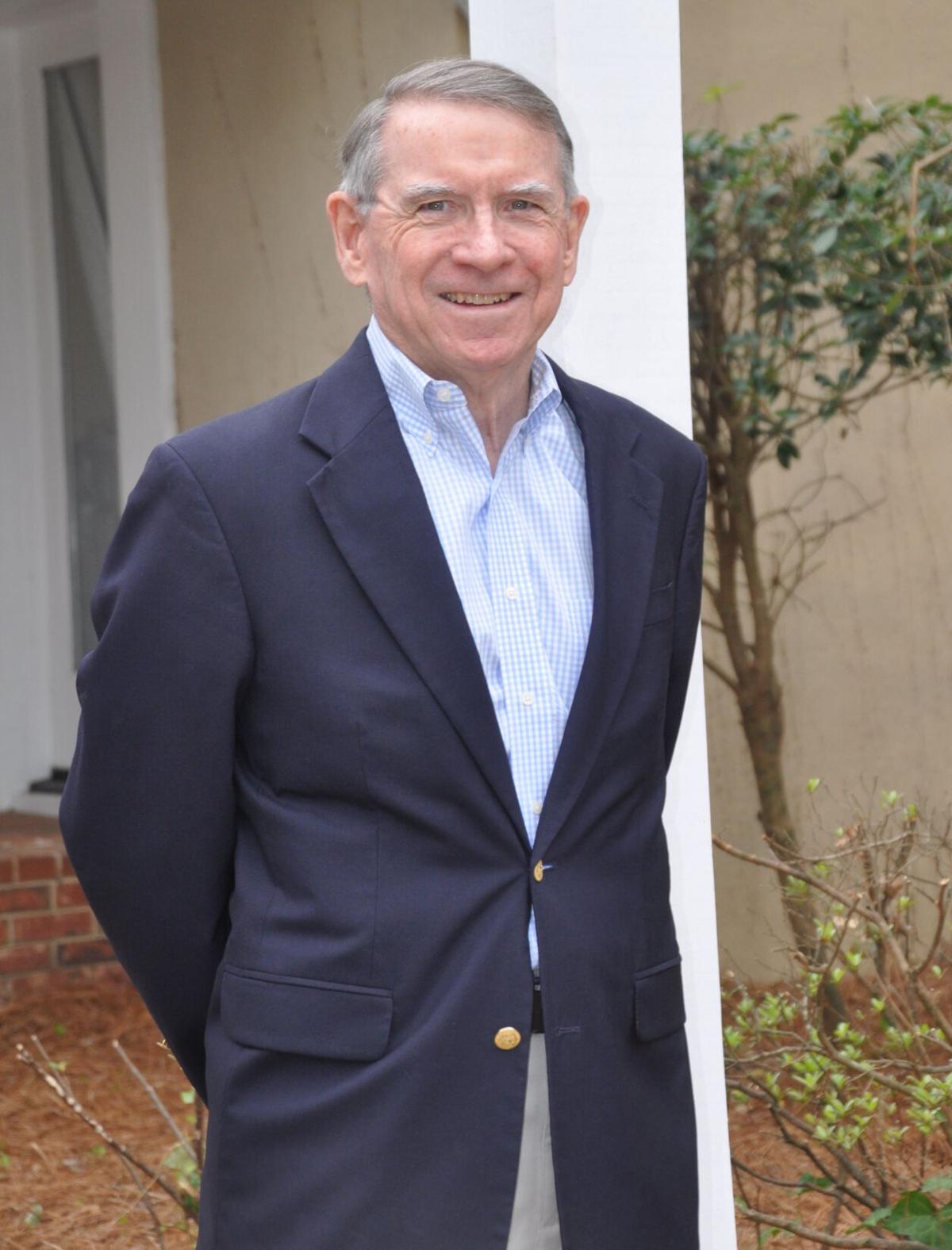 Pat Cunning, shown here outside his office on Aiken's Southside, is the president of Woodside-Aiken Realty and also is the broker-in-charge.

A local business man known for his community service and leadership, Pat Cunning has been instrumental in the development of Woodside Plantation, a large gated community on Aiken’s Southside that represented an unprecedented step forward on the local development scene when the project to construct it began in the 1980s. (Dede Biles/Staff)

Pat Cunning, shown here in The Village at Woodside, is the president of Woodside-Aiken Realty and also the broker-in-charge. (Dede Biles/Staff)

Pat Cunning, shown here in The Village at Woodside, is the president of Woodside-Aiken Realty and also the broker-in-charge.

Pat Cunning, shown here outside his office on Aiken's Southside, is the president of Woodside-Aiken Realty and also is the broker-in-charge.

In at least one way, Pat Cunning is like an accomplished baker because he knows how satisfying it can be to make something from scratch.

But the product of his work isn’t a cake or a pie.

Instead, Cunning’s creation is Woodside Plantation, a large gated community on Aiken’s Southside that represented an unprecedented step forward on the local development scene when the project to construct it began in the 1980s.

The site “was nothing but pine trees and streams and lakes and whatever, and look at what we have now,” said Cunning recently. Within Woodside’s confines are well over 2,000 luxury homes along with four golf courses, two country club-style facilities and miles of nature trails.

In addition, the high-end neighborhood’s establishment led to the launches of such other major real estate ventures nearby as The Village at Woodside, Hollow Creek Preserve and, most recently, Anderson Farms, which made its debut last year under the Woodside Communities umbrella.

“I enjoy building things and having them built in the right way, and there’s still a lot more to do,” Cunning said. “I’m proud of the way everything turned out.”

While Cunning likes to call the late Earle Holley, who co-founded the Palmetto Federal Savings Bank of South Carolina, the father of Woodside, his own role as Holley’s employee also was significant.

Back when the plans were being made for Woodside in the 1980s, Cunning headed up Palmetto Service Corp., which was the real estate arm of Palmetto Federal.

“If Earle was the general, then I was a lieutenant,” he said.

Today, Cunning is the president of Woodside-Aiken Realty and also serves as the broker-in-charge. His boss is Rick Steele, who has been the driving development force in and around Woodside since the 1990s.

The best of Pat Cunning

• Date and place of birth: August 1947 in the Aiken County Hospital in Aiken.

Cunning and his Woodside-Aiken Realty colleagues “handle resales in all of Aiken," he said, “with our major business being inside the gates of Woodside Plantation, any of Rick’s property, and commercial leasing and sales in The Village at Woodside.”

“I think it’s important for any businessman to give back to the community,” Cunning said.

He also is a member of the First Tee of Aiken’s board of directors and has stints as the group’s vice chair and treasurer under his belt.

Cunning has served on Aiken City Council and as the chairman of the Aiken Technical College Foundation’s Board of Trustees in the past.

He is a former member and chairman of the board of directors of the Savannah River Regional Diversification Initiative.

“Pat’s vision for our city has always been to create a business-friendly place where everyone has the opportunity to succeed,” said Aiken Mayor Rick Osbon. “His ability to lead a room in a positive direction is second only to his love for Aiken. His fingerprints are on many positives that have happened in Aiken, and he still remains a leader and a voice of influence in shaping our city’s future. Aiken is a better place because of Pat Cunning.”

A 73-year-old son of Irish immigrants, Cunning was born and raised in Aiken.

His father was a plastering contractor, and his mother was a homemaker.

Tom Hallman: Retired USCA chancellor found his calling and a home in Aiken

Cunning attended Catholic schools locally before heading to Columbia, where he majored in marketing and business administration at the University of South Carolina.

Following his graduation in 1970 in the midst of the Vietnam War, Cunning served in the Marine Corps. But President Richard Nixon had begun withdrawing troops the previous year and that meant fewer new soldiers were needed for combat duty. Cunning spent much of his time in Okinawa and Camp Lejeune in North Carolina.

“Timing is everything in life but, to be honest with you, it’s especially true in the military,” Cunning said. “If I had graduated six months earlier, I would have gone to Vietnam.”

Before leaving the Marines as a first lieutenant in 1973, Cunning trained as a parachutist at Fort Benning, which straddles the Alabama-Georgia border.

“When that light comes on, you’re going out that airplane’s door,” Cunning said. “The noise is just crazy, and then all of a sudden, you jump out. First of all, you check your canopy (to make sure that it has opened completely). That’s the most important thing. Then it’s so quiet that it’s unbelievable. Then you start worrying and thinking, ‘Am I going to land OK?’ It was interesting. I did it five times, and I earned my jump wings.”

After returning to Aiken, Cunning got married and went into real estate, working first for the firm of Dunklebarger & Simpson and then for Eulalie Salley & Company.

In 1975, he became an appraiser for Palmetto Federal.

That set the stage for Cunning’s involvement in the Woodside Plantation development project.

James A. and Elizabeth Leek Burden had acquired the land that is now Woodside in the mid-1950s. Foxhunting, horseback riding in general and quail hunting were popular activities on the property, and it also was the location of a thriving timber business in which pine trees were being planted and harvested.

One day, Tom Biddle of Biddle Realty told Cunning that there was a possibility that Elizabeth Burden would sell the property.

After hearing that news, Cunning immediately went to see Holley to discuss the opportunity.

Maryann Burgess: Serving the community with a heart for those in need

“I remember him saying, ‘If we do it, we’ve got to take it down (buy the land) in parts because to acquire 2,000-plus acres at that time would have been the largest acquisition that we had ever made,” Cunning said. “‘The second thing we’ve got to do,’ he (Holley) told me, ‘is get a market feasibility study done by a national firm and then we’ve got to have a land plan.’ We got a lot of good support from our board of directors.”

Even though it pointed out that “the local market wasn’t strong enough for this kind of investment,” Cunning said, the study also indicated the project could be made economically feasible with a marketing campaign “nationwide” that targeted retirees.

In 1985, the Aiken Standard reported in its May 16 edition that Palmetto Service Corp. would be developing Woodside Plantation’s 2,360 acres in phases.

The following year, people lined up and camped out to become the first purchasers of land in the new community.

And retirees weren’t the only ones who were interested. There were young professionals and families with children in the first wave of purchasers.

“There was another explosion of lots being sold,” Cunning said.

But a threat was looming. The slow-moving, but financially disastrous, savings and loan crisis was wreaking havoc throughout this country, and in the end, Aiken didn’t escape its negative impacts.

There were changes as a result in the banking business, and “we were forced to start diversifying our loan portfolio,” Cunning said.

In a deal that closed Dec. 31, 1993, a limited partnership paid more than $9 million to acquire the Woodside land that hadn’t already been sold to homebuilders and some additional optioned property.

The owners and managers of the partnership were Steve Hovde and Eric Hovde, who were the principals in a Washington, D.C.-based banking and consulting firm, and Rick Steele, a private investor based in Massachusetts.

“Rick Steele has done a great job,” Cunning said, and also “has invested a considerable amount of capital.”

Cunning remained with Palmetto Federal until a merger that officially made it part of the Regions Financial Corp. of Alabama in 1998.

Then, in 2005, Cunning retired from Regions, and Steele hired him as the CEO of the Woodside Development Limited Partnership.

“I am trying to slow down a little bit now, but I’m not the type of person that I think can ever stop,” Cunning said. “When I’m 75, that is probably when I’ll make some adjustments. I still will continue to dabble in real estate. I enjoy working with the Aiken Corp. and the Aiken Partnership, so I plan on keeping active.”

Cunning and his wife, Maureen, have two sons, Brian and Patrick, and four grandchildren.

Both Brian and Patrick played golf for the University of South Carolina, and Patrick is a five-time winner of the City of Aiken Amateur Championship.

“I play golf, too, but I wish I played better,” said their father. “I have probably an 18 to 20 handicap, so I’m not very good. The most fun I have is playing with my boys, and now my grandkids are playing golf. I would like to spend some more time with them.”