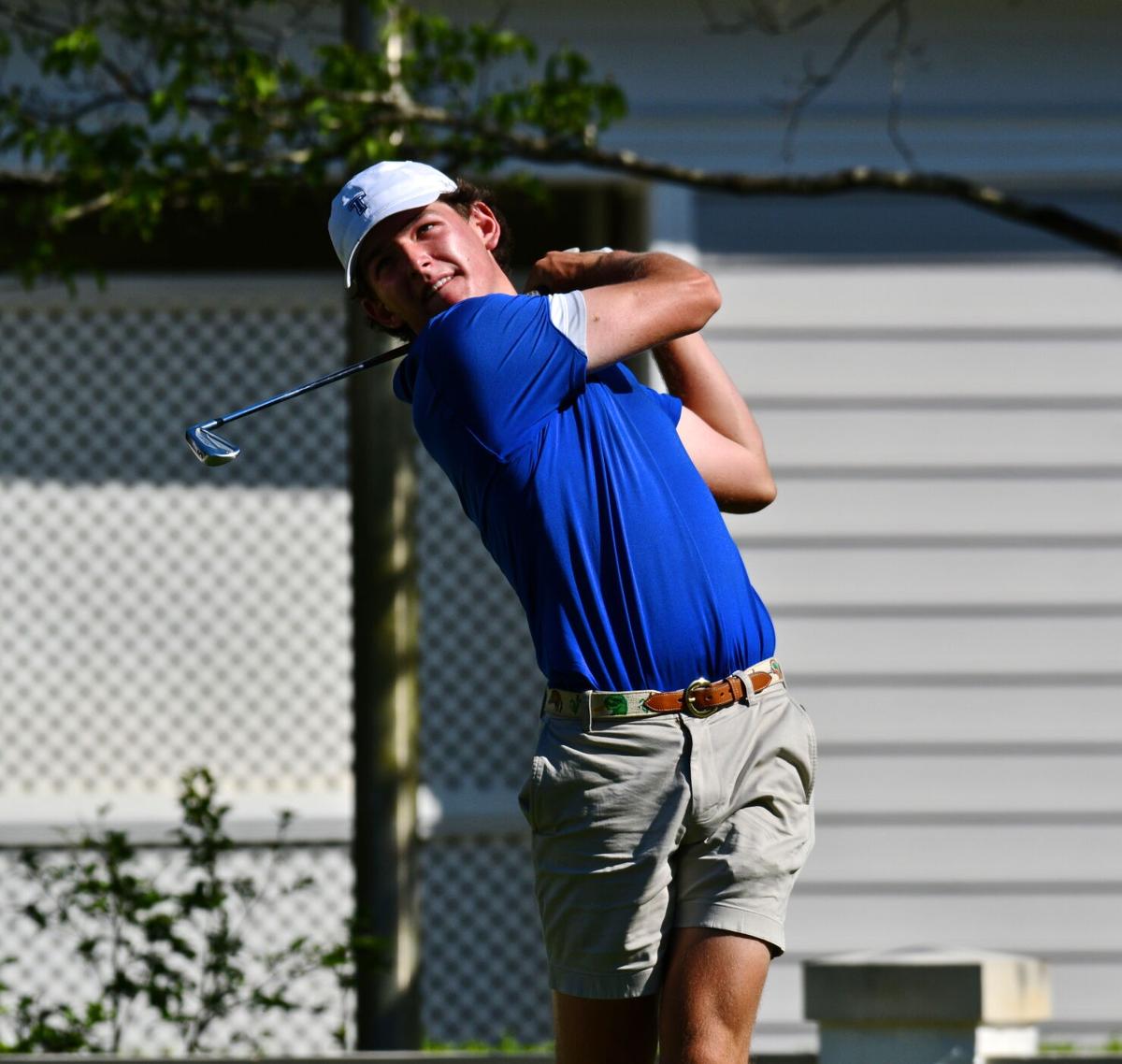 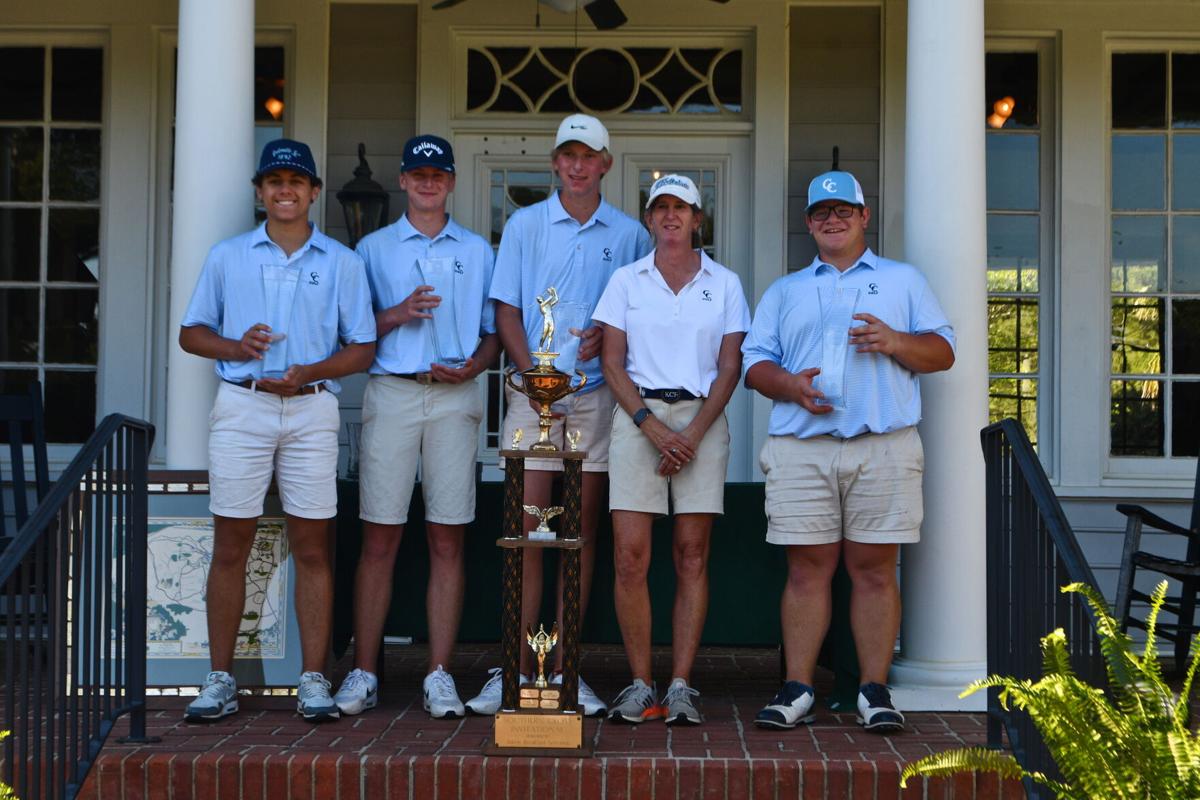 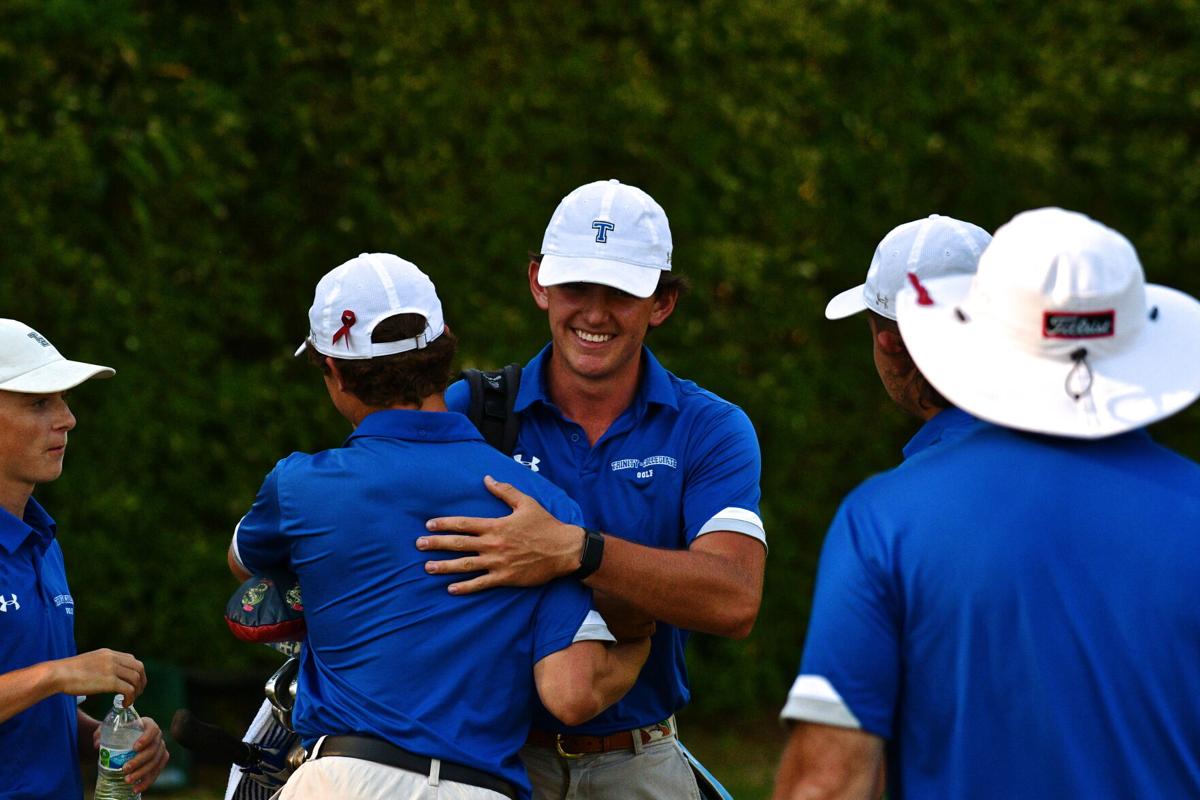 Trinity Collegiate's Gene Zeigler is congratulated by his teammates after winning the Southern Cross in a playoff. 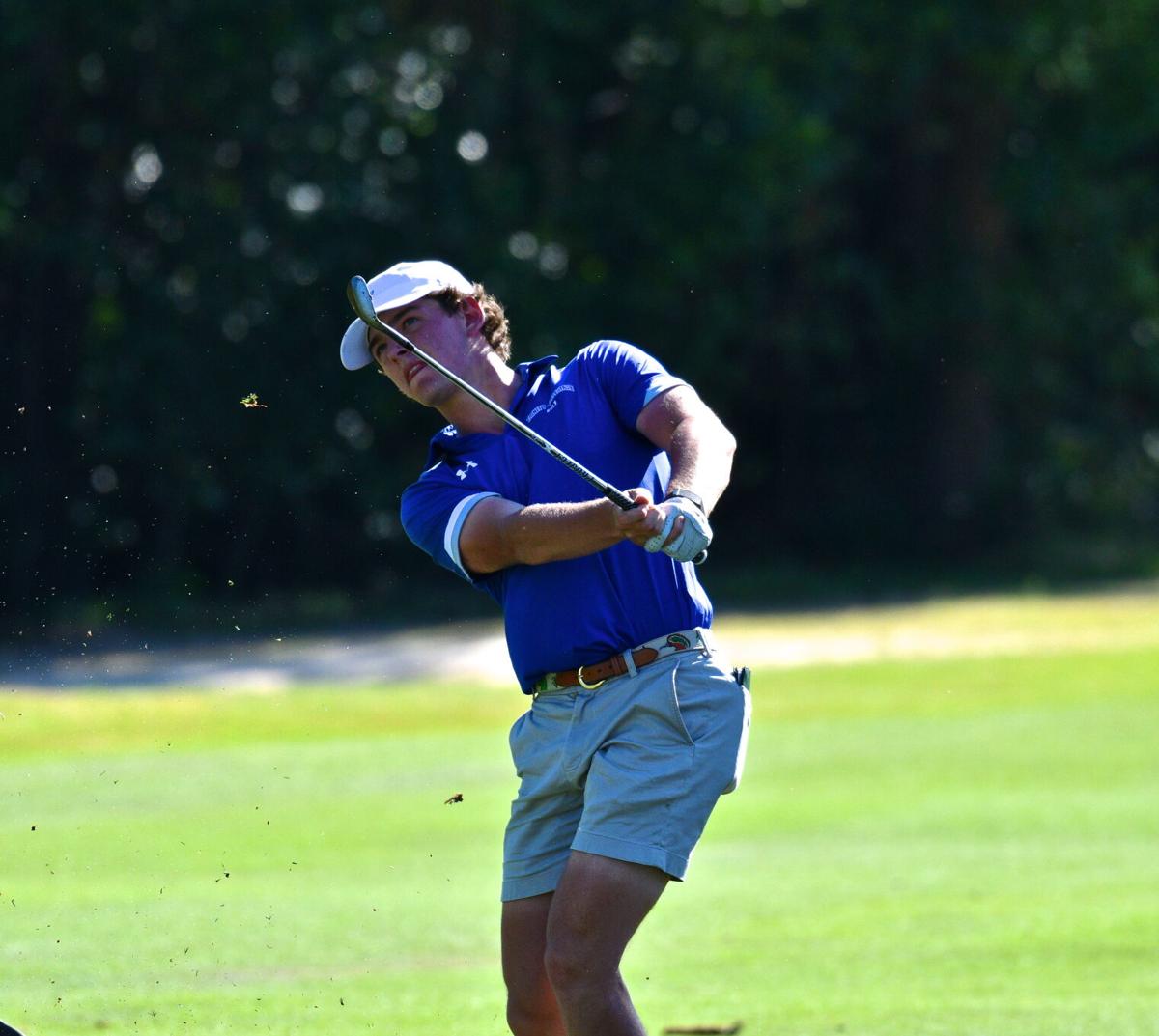 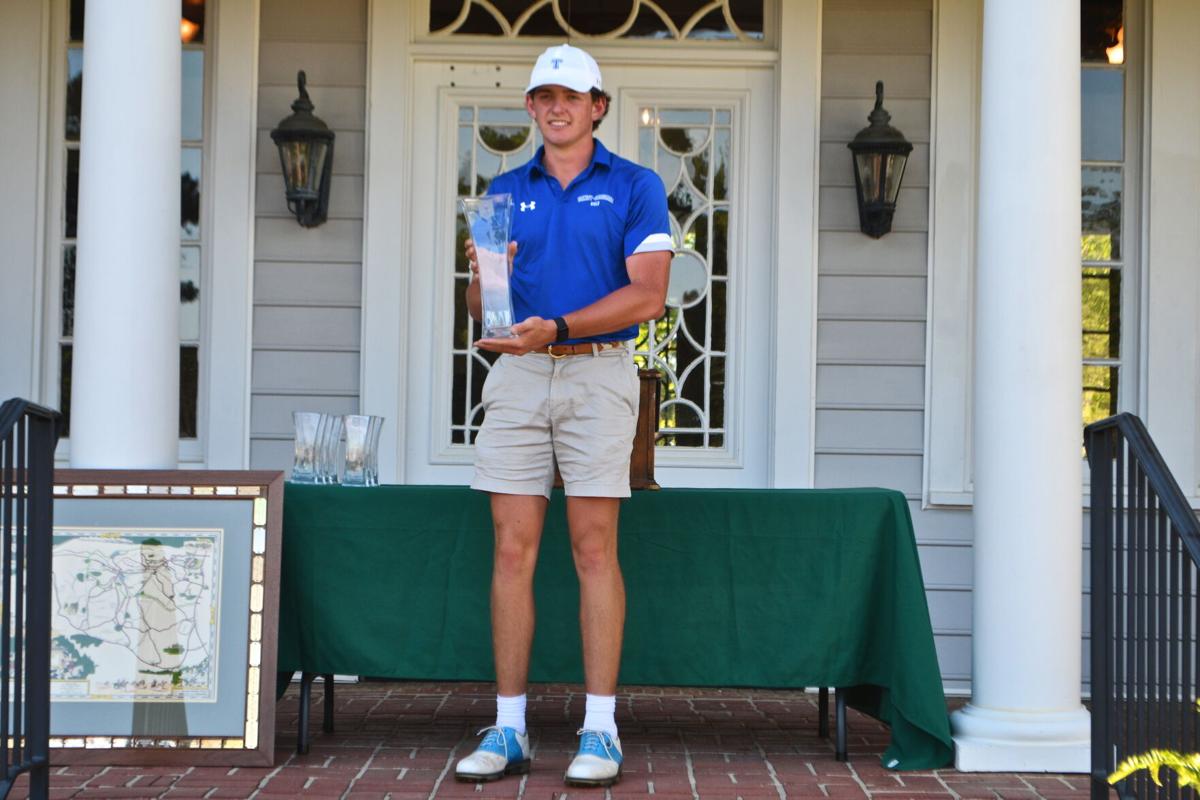 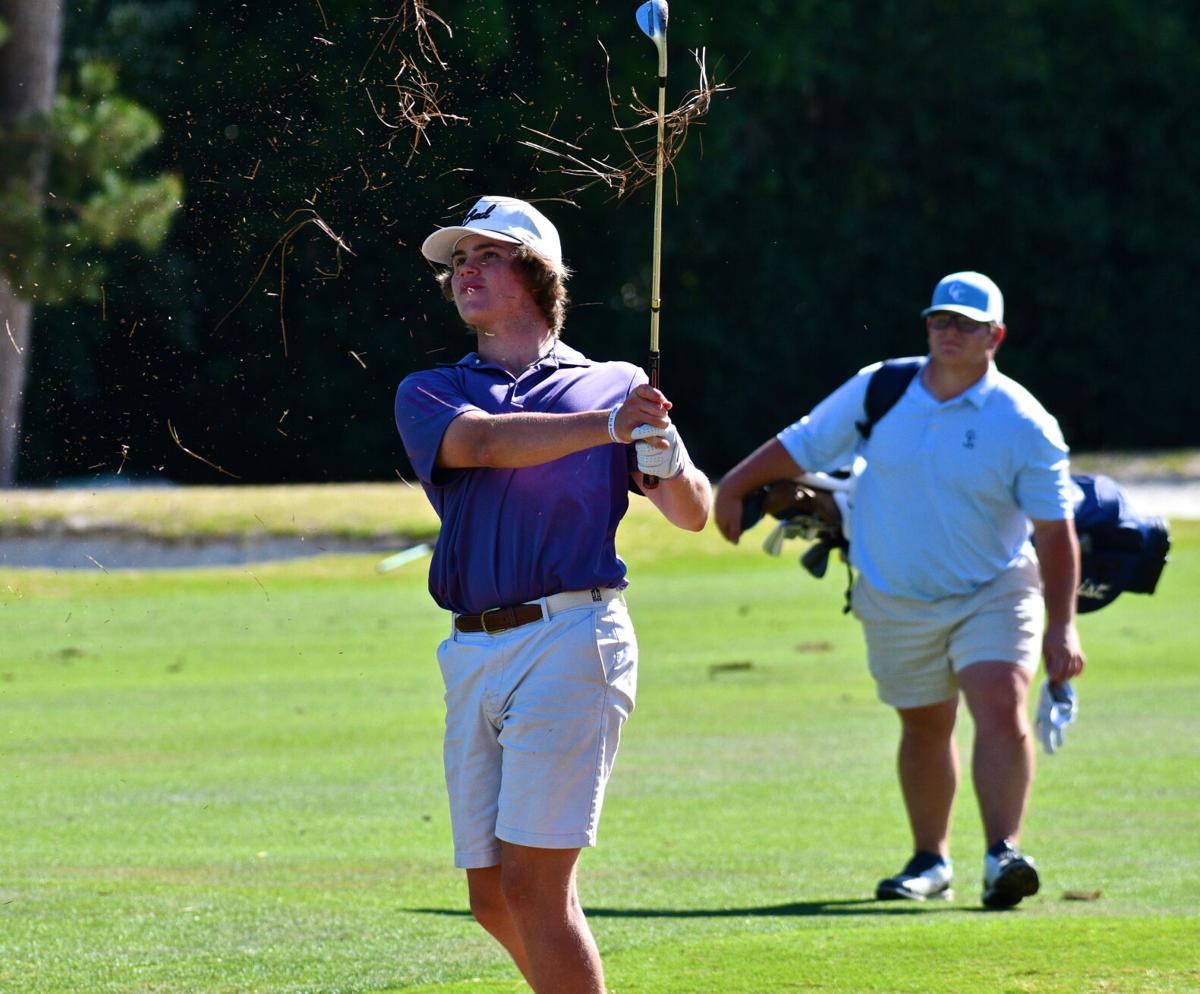 Boiling Springs' Andrew Gregory tied for 10th at the Southern Cross at 5 over. 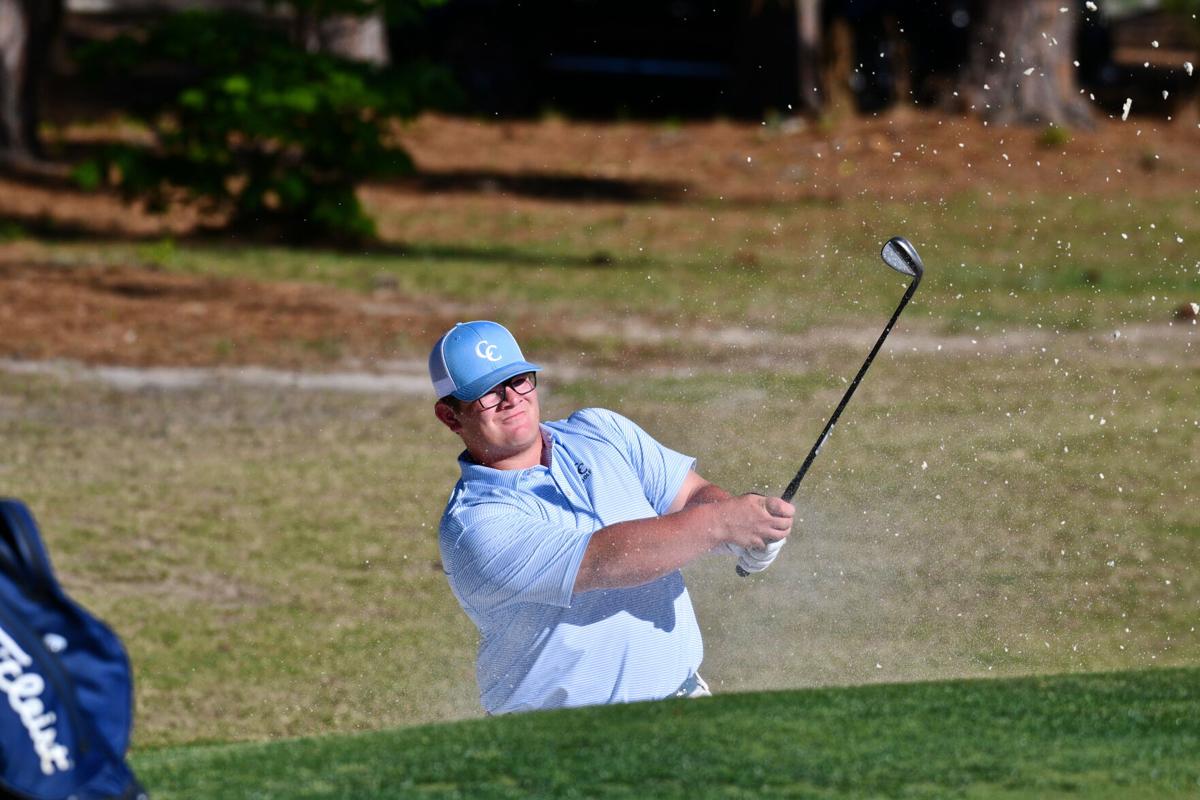 Christ Church's Jack Wofford splashes out of a greenside bunker during a playoff at the Southern Cross. Wofford bogeyed to finish second behind Gene Zeigler. 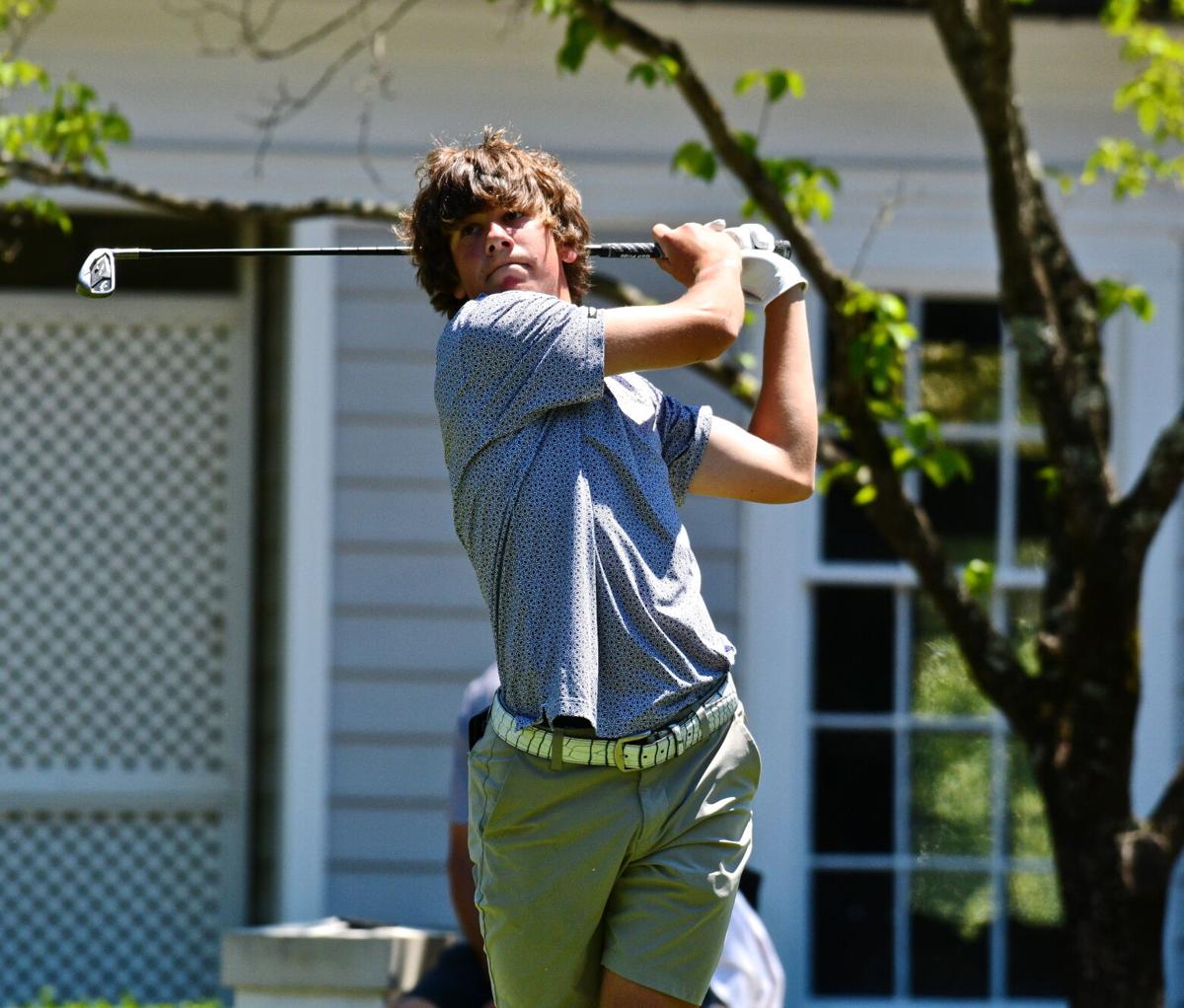 South Aiken's Miles Eubanks was the low local at the Southern Cross, finishing in a tie for 13th individually at 6 over. 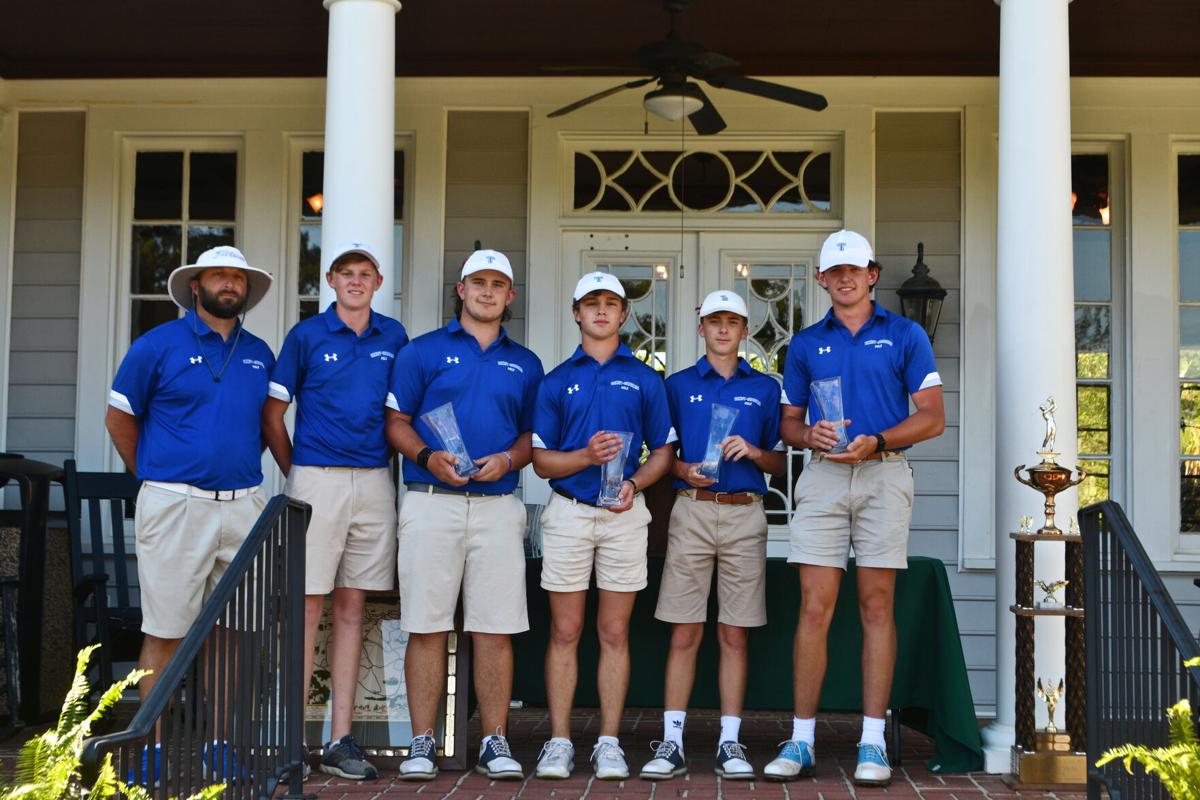 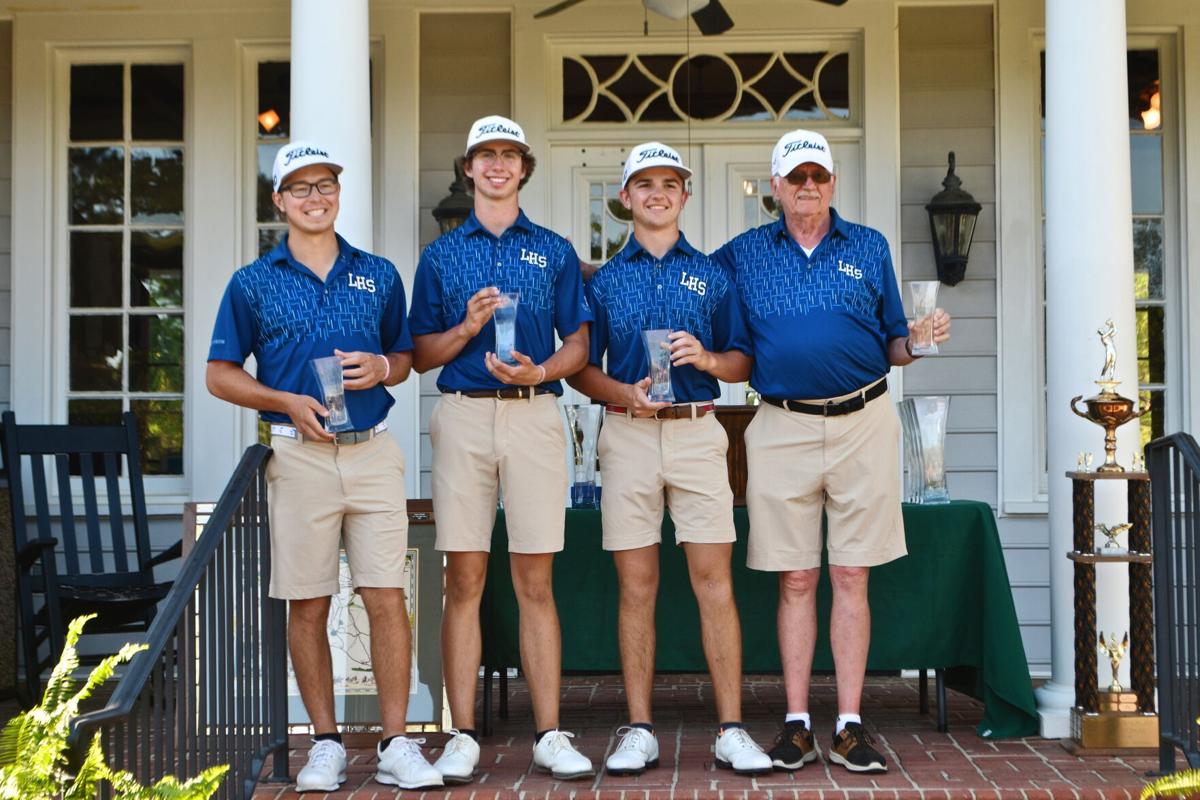 Trinity Collegiate's Gene Zeigler is congratulated by his teammates after winning the Southern Cross in a playoff.

Boiling Springs' Andrew Gregory tied for 10th at the Southern Cross at 5 over.

Christ Church's Jack Wofford splashes out of a greenside bunker during a playoff at the Southern Cross. Wofford bogeyed to finish second behind Gene Zeigler.

South Aiken's Miles Eubanks was the low local at the Southern Cross, finishing in a tie for 13th individually at 6 over.

The Cavaliers, winners of more state championships than any other school in South Carolina High School League history, broke through Saturday to claim their first Southern Cross title at Palmetto Golf Club in its 46th edition.

It wasn't hyperbole when head coach Kristen Rooke said the Southern Cross was the one tournament Christ Church had never won – the Cavaliers really have been that good, for that long.

Now they have the title they've wanted but could never grasp. Their two-round total of 11-over 437 was four clear of Trinity Collegiate School.

"They just really wanted to win," Rooke said. "We had a senior that they wanted to do it for him. We played pretty well yesterday – actually we struggled, but we scored OK. The boys really worked hard for what they got. We had a team meeting last night and talked about what we could do differently and how we could make it work out, and we came out and just took it hole by hole. We were slipping at the end, but I think some of the other teams kind of let us in a little bit."

Christ Church nearly made it a double, but Trinity Collegiate's Gene Zeigler beat Jack Wofford on the first playoff hole for the individual title.

Zeigler, a University of South Carolina signee who's No. 7 in the South Carolina Junior Golf Association rankings, was one of three co-leaders heading into the final round after opening with a 68.

His experience at Palmetto showed, as he was able to avoid a big score in the second round unlike his course debut two years ago. He made three birdies on the front nine and was 1 under at the turn, but then he found some trouble on the back side.

Bogeys at 13 and 14 were followed by a double on 15 dropped him to 2 over for the day and 1 under for the championship, but he steadied himself with a close approach for birdie on the difficult par-3 16th.

He hit a 5-iron to just a few feet then turned and said with a smile, "Easy hole, right?"

He was back on that tee box shortly after to start the playoff with Wofford (70), one of just four players with an under-par final round.

Wofford played first and came up short, finding the greenside bunker. Zeigler again hit the green but was some 30 feet from the cup.

Wofford blasted out of the sand and still had plenty of work left for his par. Zeigler's lengthy birdie try slid around the hole, but he drained a testy putt for par after Wofford's attempt missed the mark.

"It feels good. It's definitely the best high school tournament in the state, by far," Zeigler said. "Having my name on this trophy, this was the most important event to me going into the year. It's pretty sweet to make it happen and win the event."

He admitted he could've played better – he didn't do himself many favors off the tee but was strong with his approaches and play around the green. He said his course management and ability to miss in the right spots was key to his win.

Cardinal Newman's Elliott Pope (70) finished seventh at 3 over, and rounding out the all-tournament team were A.C. Flora's Luke Sullivan (75) and Lancaster's Trey Crenshaw (74) at 4 over.

South Aiken's Miles Eubanks was one of the opening-round co-leaders, but he slipped Saturday with an 80 that put him in a tie for 13th at 6 over. He was still the low local, though, and led South Aiken to a 12th-place finish at 41 over. The T-Breds also counted a 74 from Cameron Biddle and an 83 from Colson McNulty.

North Augusta was 15th at 48 over. Matthew Baxley again led the Yellow Jackets, carding a 76 to finish in a tie for 20th at 8 over. Davis Neal bounced back from an opening 85 with a 77, and Brenden Tigert added an 80.

Aiken was 21st at 94 over. Richard Anaclerio had another solid day, following up his first-round 83 with an 80. Luke Hanna and Zion Sampson also improved from the first round, with each shooting 85.

Rooke and the Cavaliers have their region tournament coming up, too, followed by the Class AA state championship where they're always expected to contend. Winning against an elite field at Palmetto can only help.

"We won't see this kind of competition, so this has got to be a big boost," she said. "I think you can safely say we beat the best teams in the state here. It's exciting. I'm happy for the boys, and I'm happy for the school."