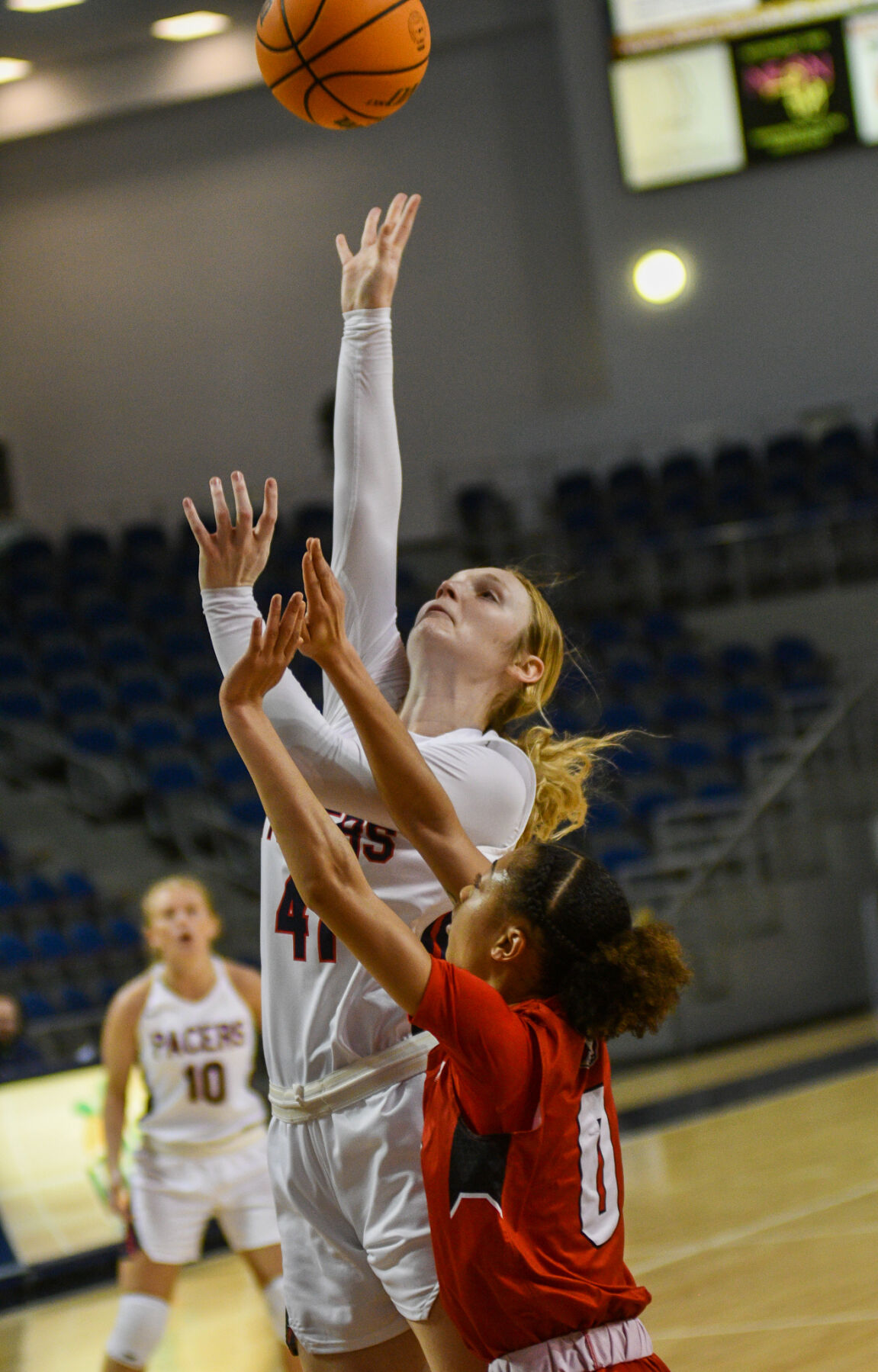 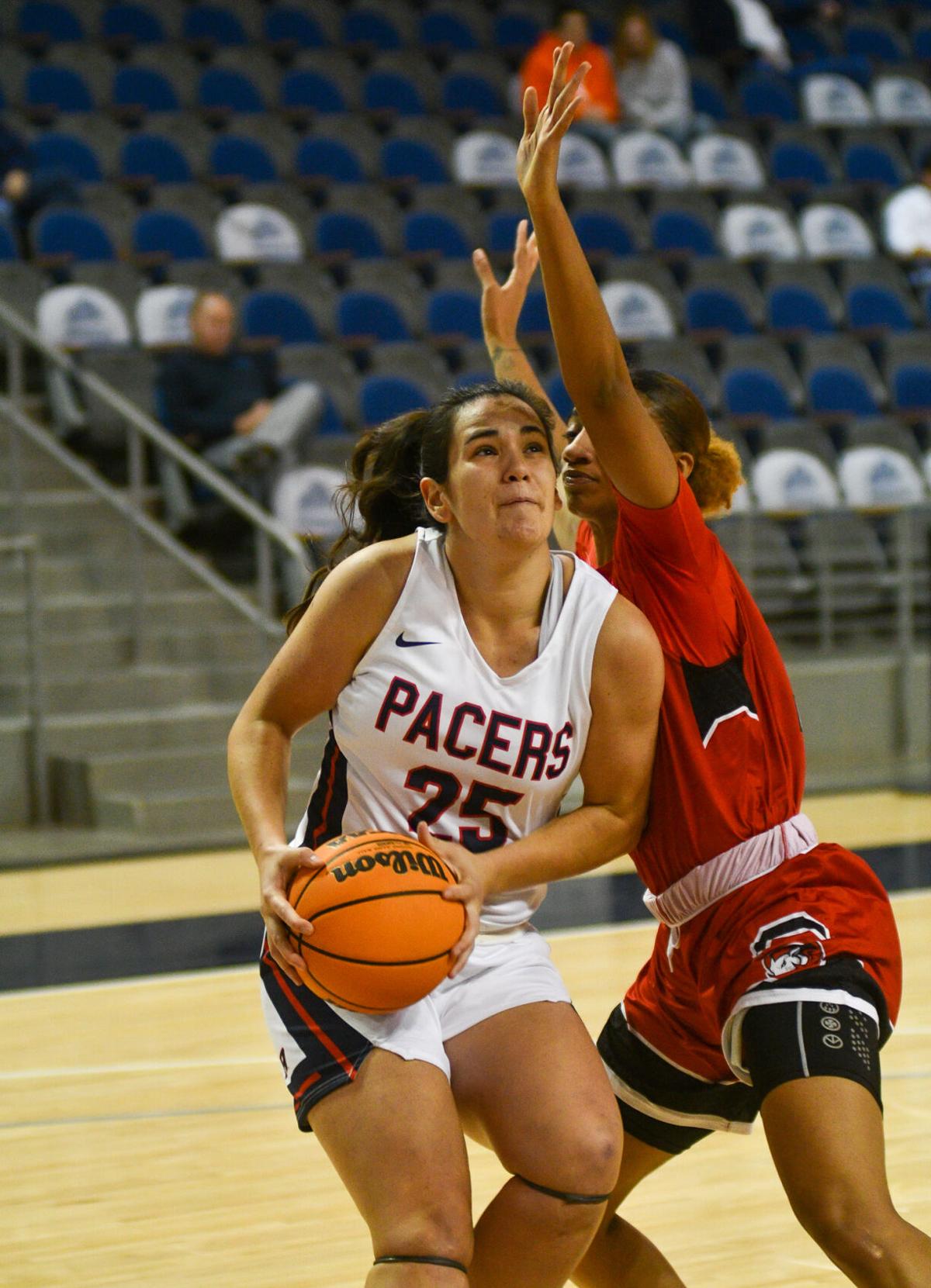 USC Aiken's Marta Rivera (25) absorbs contact on her way to the basket against Winston-Salem State. 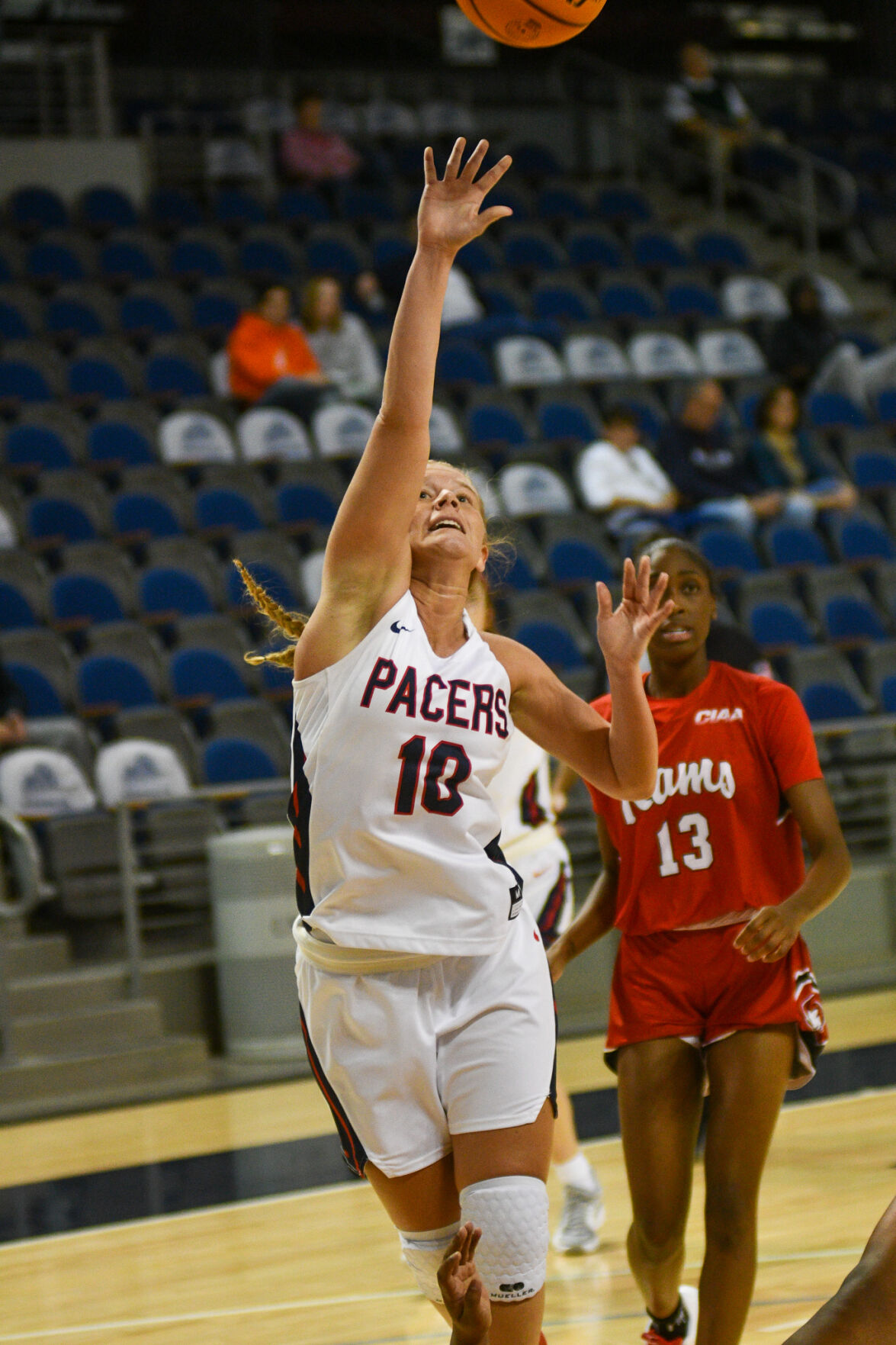 USC Aiken's Jentri Worley (10) lofts a runner after being fouled during the Pacers' win over Winston-Salem State.

USC Aiken's Marta Rivera (25) absorbs contact on her way to the basket against Winston-Salem State.

USC Aiken's Jentri Worley (10) lofts a runner after being fouled during the Pacers' win over Winston-Salem State.

Those conversations are going to keep happening as his young team settles in and starts to form its identity, and that may take until after Winter Break.

But the Pacers will continue to take ugly wins over pretty losses any day. They had another double-digit lead turn into a deficit, only to get the defensive stops and baskets they needed down the stretch for a 75-70 win over Winston-Salem State.

"Really, really proud of our team and how we competed and played hard," Miller said after his team's second consecutive victory. "Again, we made plays down the stretch defensively and we made some big shots offensively down the stretch. That's a really good team, and it's a hard team for us to match up with. But I thought we did it well enough and we boarded well enough to make it difficult for them. We took care of the ball in the second half. They didn't get easy chances in the second half, and we made some big shots late."

Leading the way for the Pacers (2-2) was Emily Trushel, who poured in a career-high 29 points on 10-of-16 shooting. Delaney Trushel joined her in double figures with 16 points, and freshman Breanna Gustave just missed out on a double-double with nine points and 11 rebounds.

Emily Trushel had the jump shot dialed in early, hitting three of her first four 3-point attempts. She continued to shoot the ball well throughout the game, and she made some crisp cuts to the basket to get open in close.

"It was a lot of fun. We just made adjustments to what they were doing," she said. "We noticed they were switching on everything. We have great point guards and great passers on our team, so if I just make that cut I know they're going to find me. And shots fell today, I guess."

The Rams pulled ahead midway through the third quarter, but the Pacers responded and led the rest of the way. Delaney Trushel scored 14 of her 16 points in the second half, helping the Pacers to an 11-point lead with just under 6 minutes to play.

Winston-Salem State countered with a 7-0 run, then got within 3 with 44.5 seconds to play after the Pacers' 18th turnover of the game.

The Pacers didn't allow a good look at the tying bucket and added a couple of free throws to close out the victory.

USCA ran hot-and-cold again at times but came through with the necessary adjustments at the right times. One key example was how they took better care of the ball in the second half after turning it over 12 times to lead to 16 points for the Rams in the first.

That improvement also helped the Pacers have their best shooting quarter (57.14%) of the game in the fourth.

Up next for USCA is a road game at 2 p.m. Wednesday at Shaw, followed by the Pacers' return home Nov. 28 against Claflin.

Miller can already see improvements from his team four games into the season. There's going to be ups and downs, especially considering the number of freshmen that are being thrown into the fire. Annalise Malone (26 minutes) and Gustave (23) both started, with Hailey Unger (17) playing key minutes off the bench. The transition to the college game is already enough of an adjustment for a freshman, much less one that's asked to run the point against a press defense.

"It's going to be that way for us a while," Miller said. "We had different contributions tonight than we did on Wednesday or over the weekend, which was great. Emily had a tremendous game. We're going to be OK. We've just got to get our upperclassmen to lead us and carry us at times and for our freshmen to come in and play roles and at times lead us until we all catch up to each other."