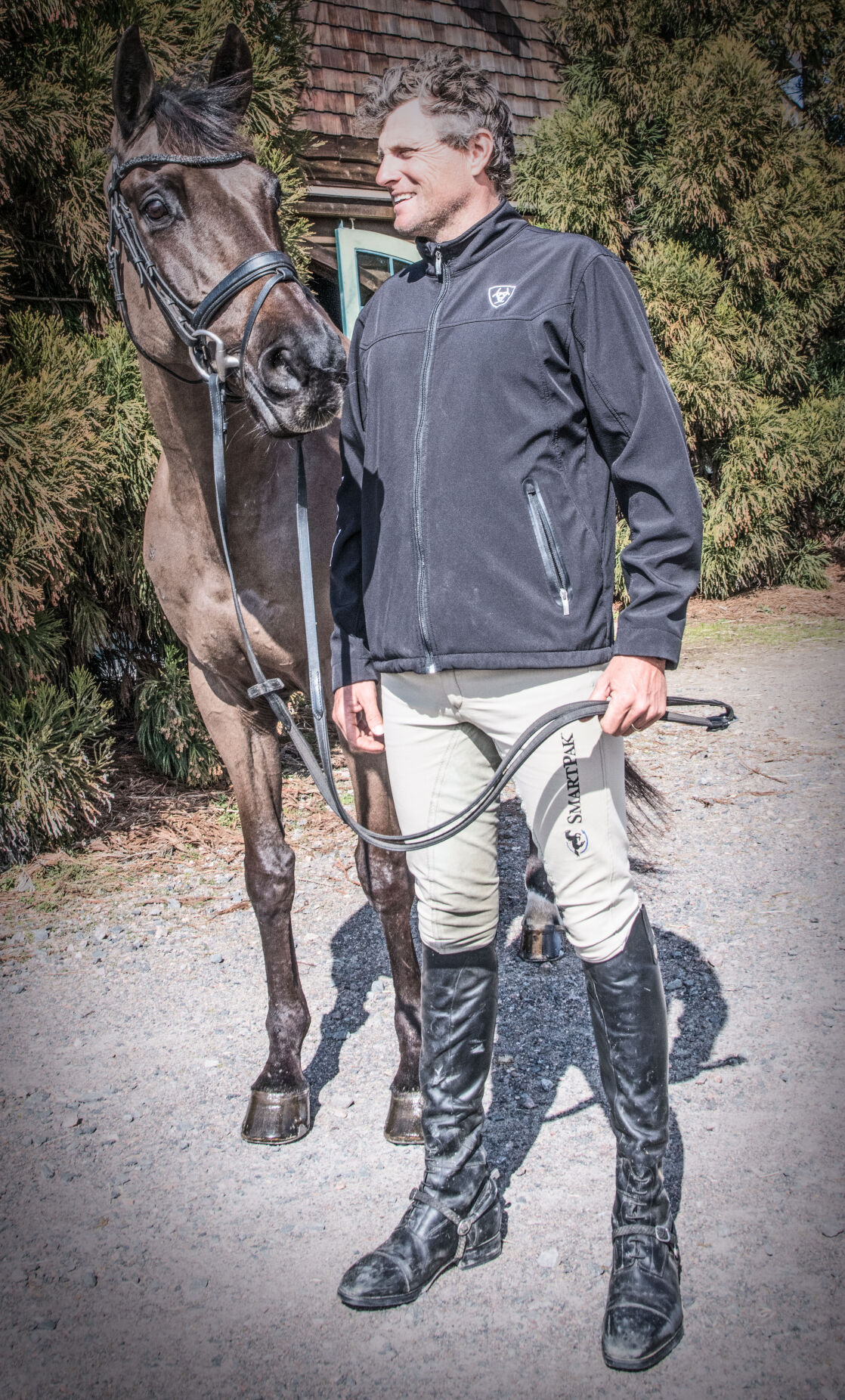 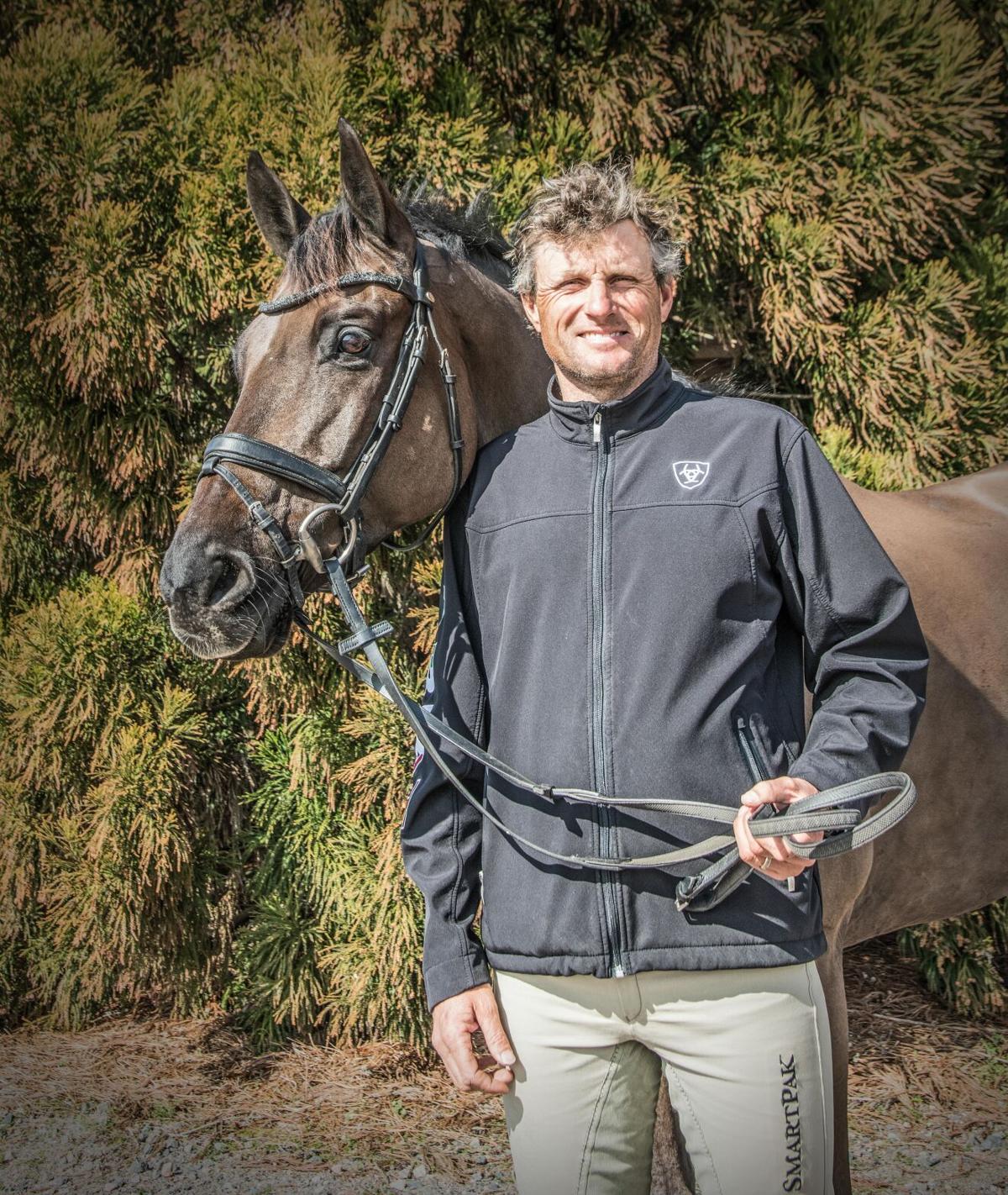 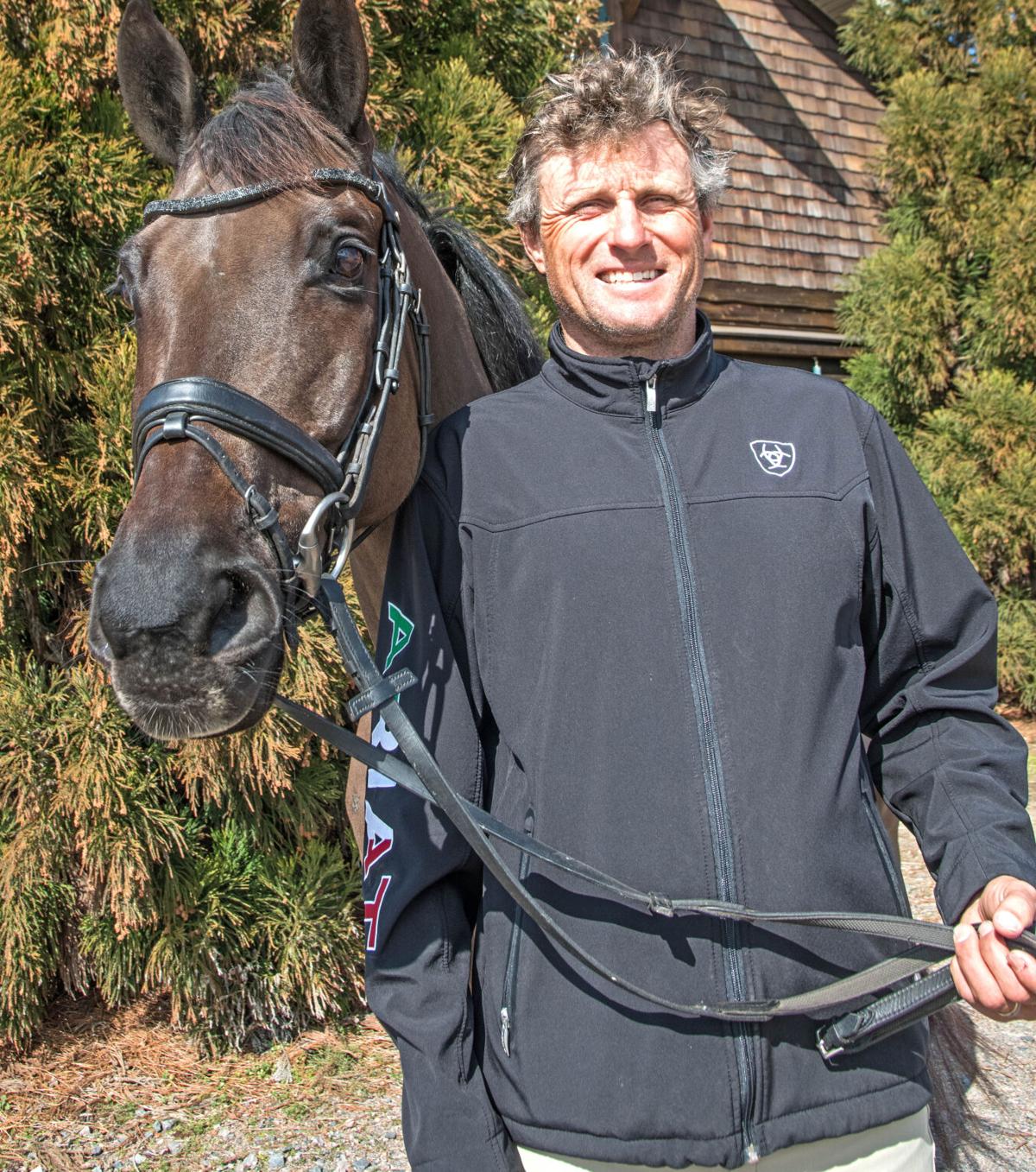 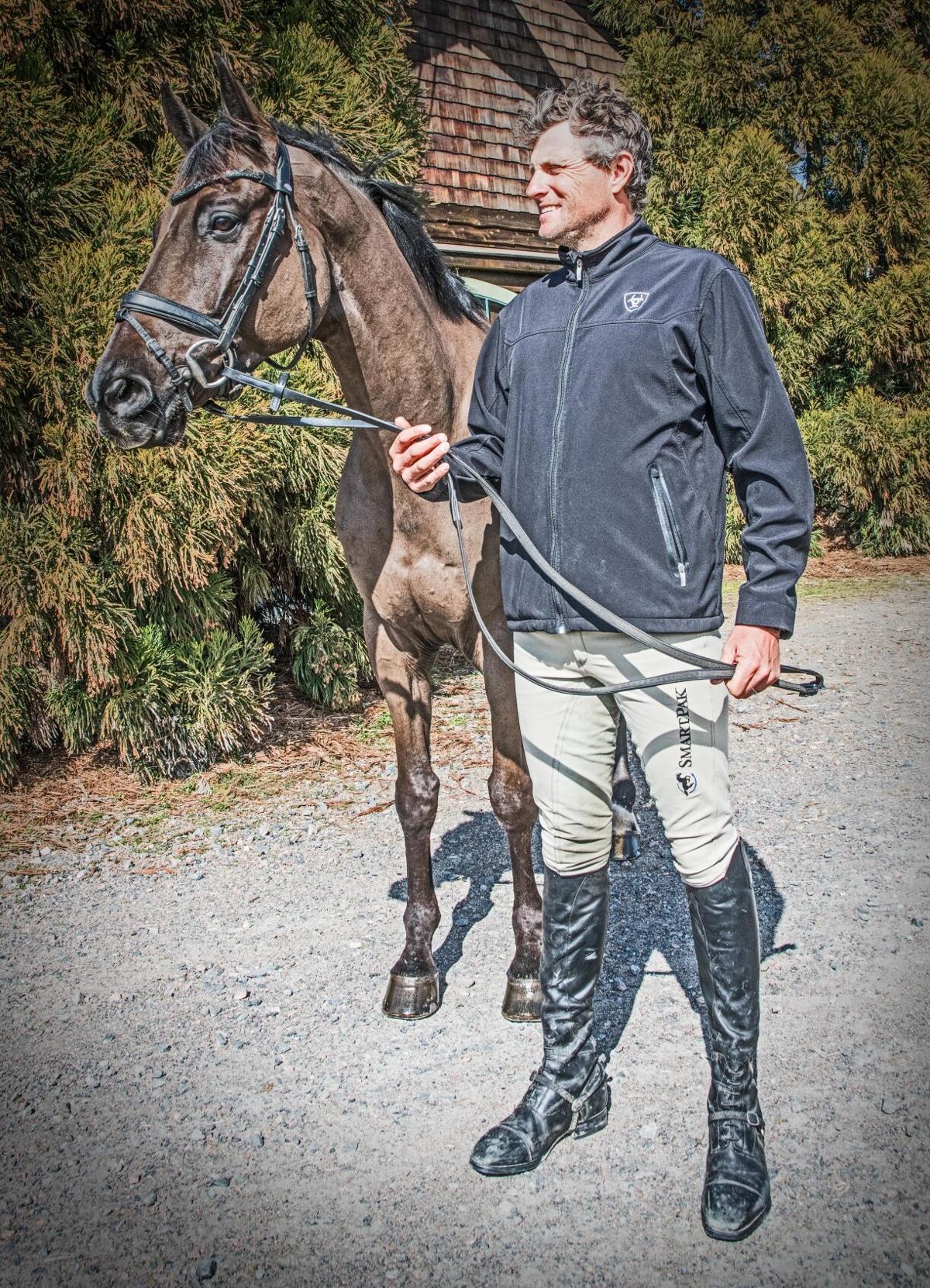 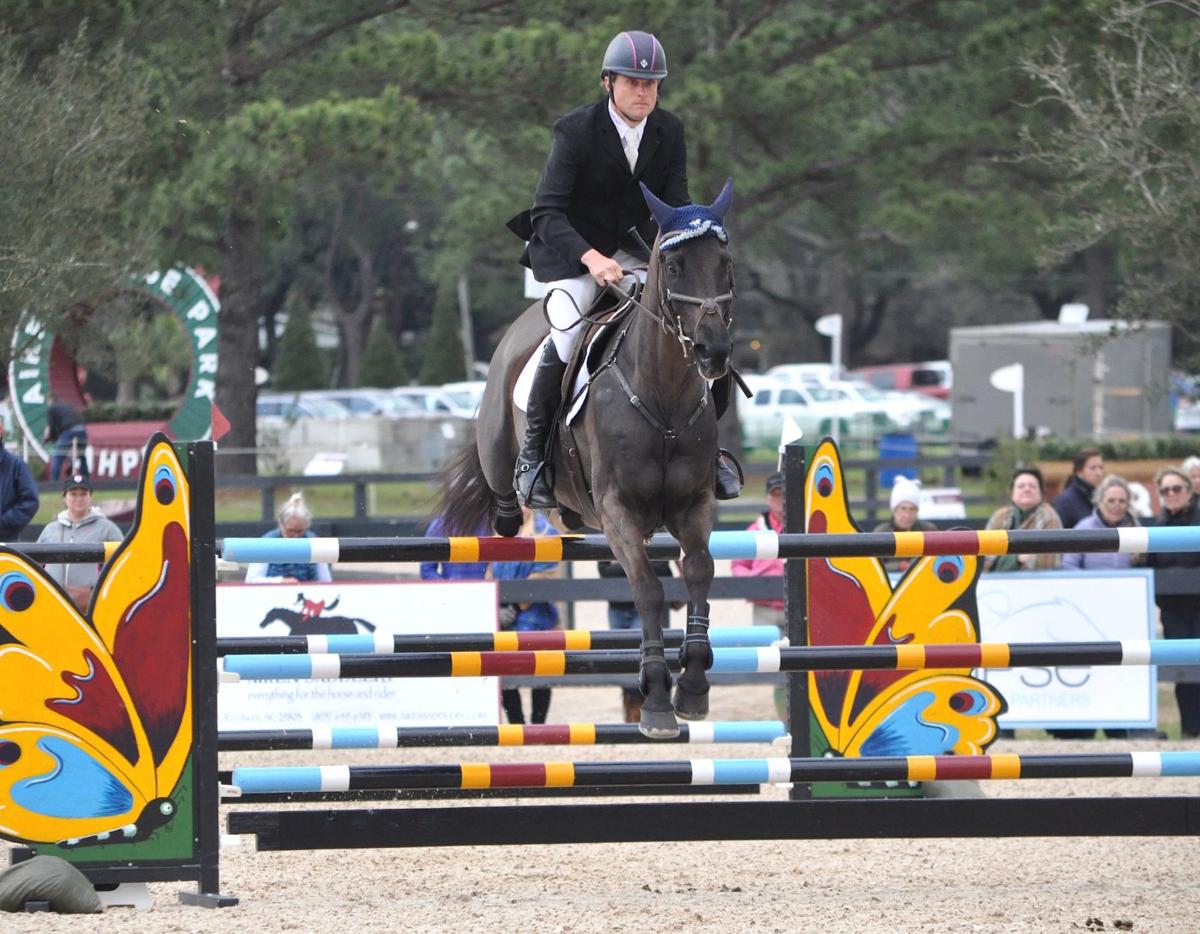 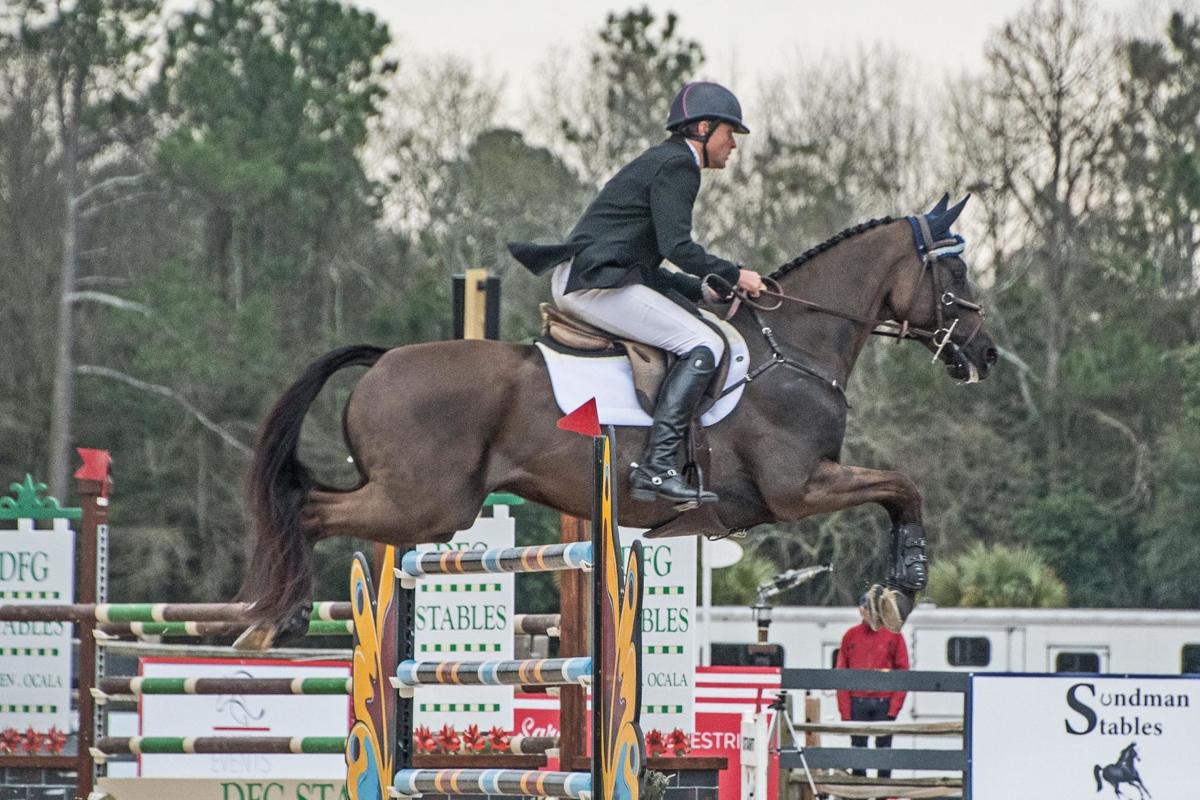 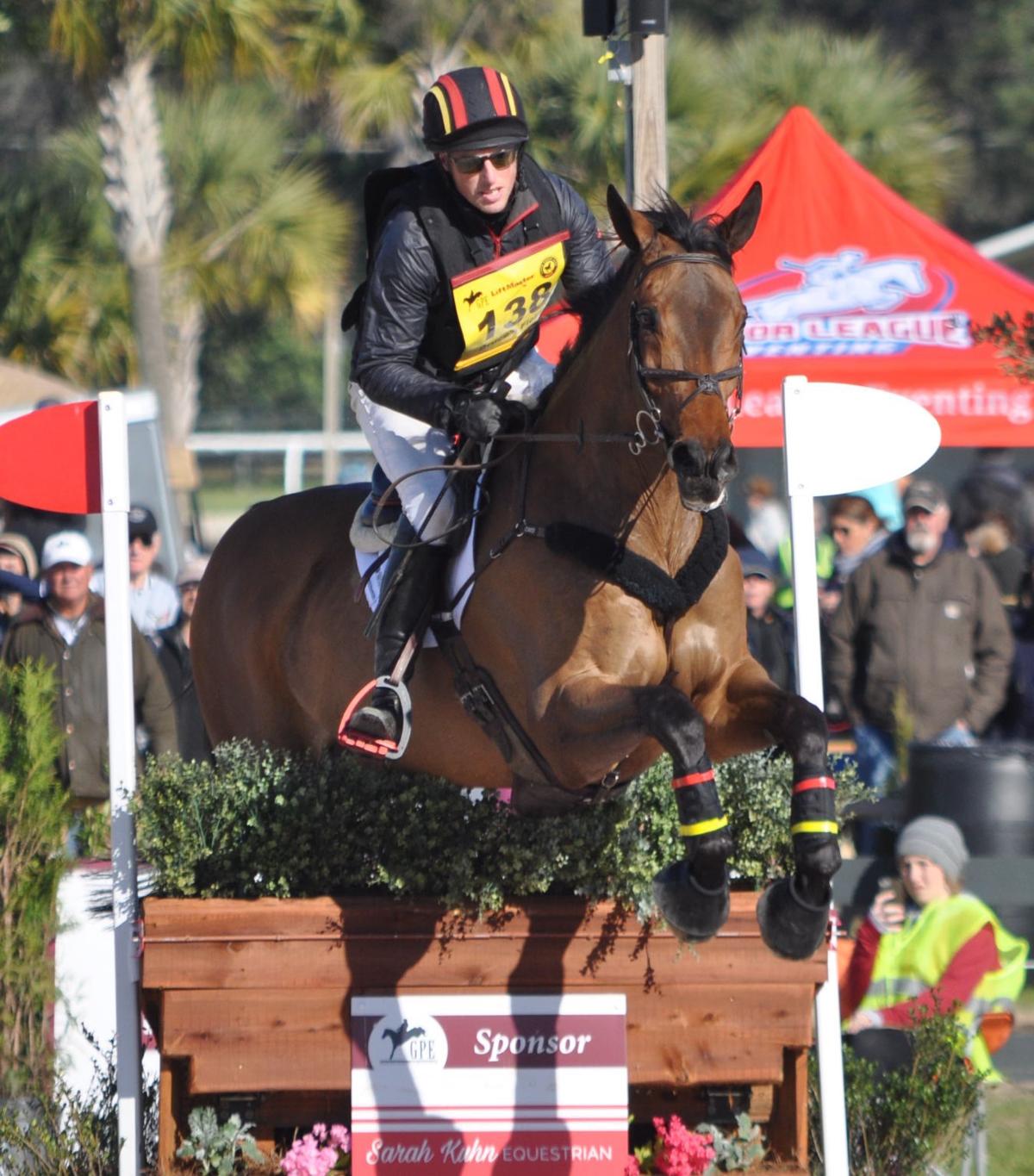 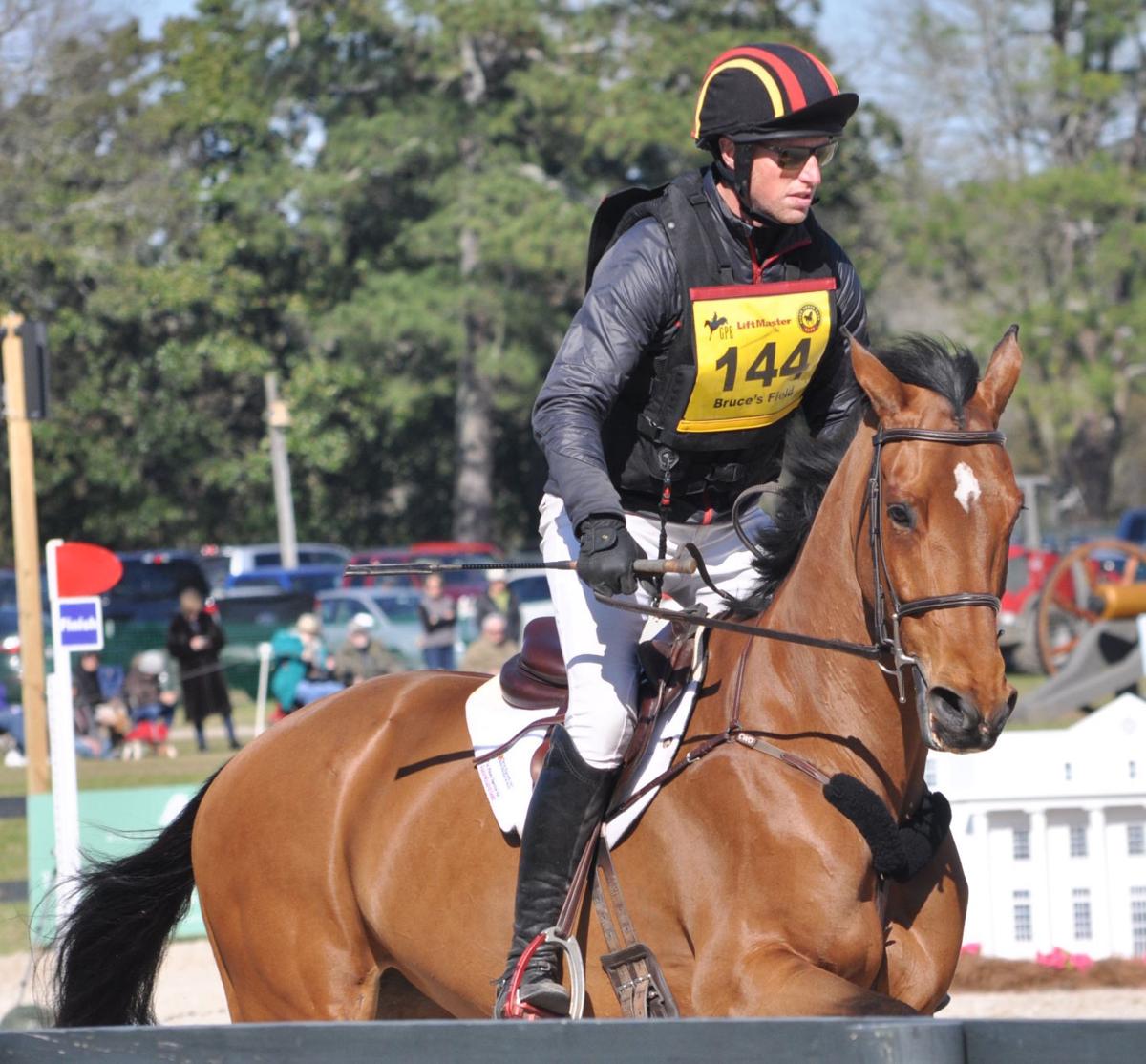 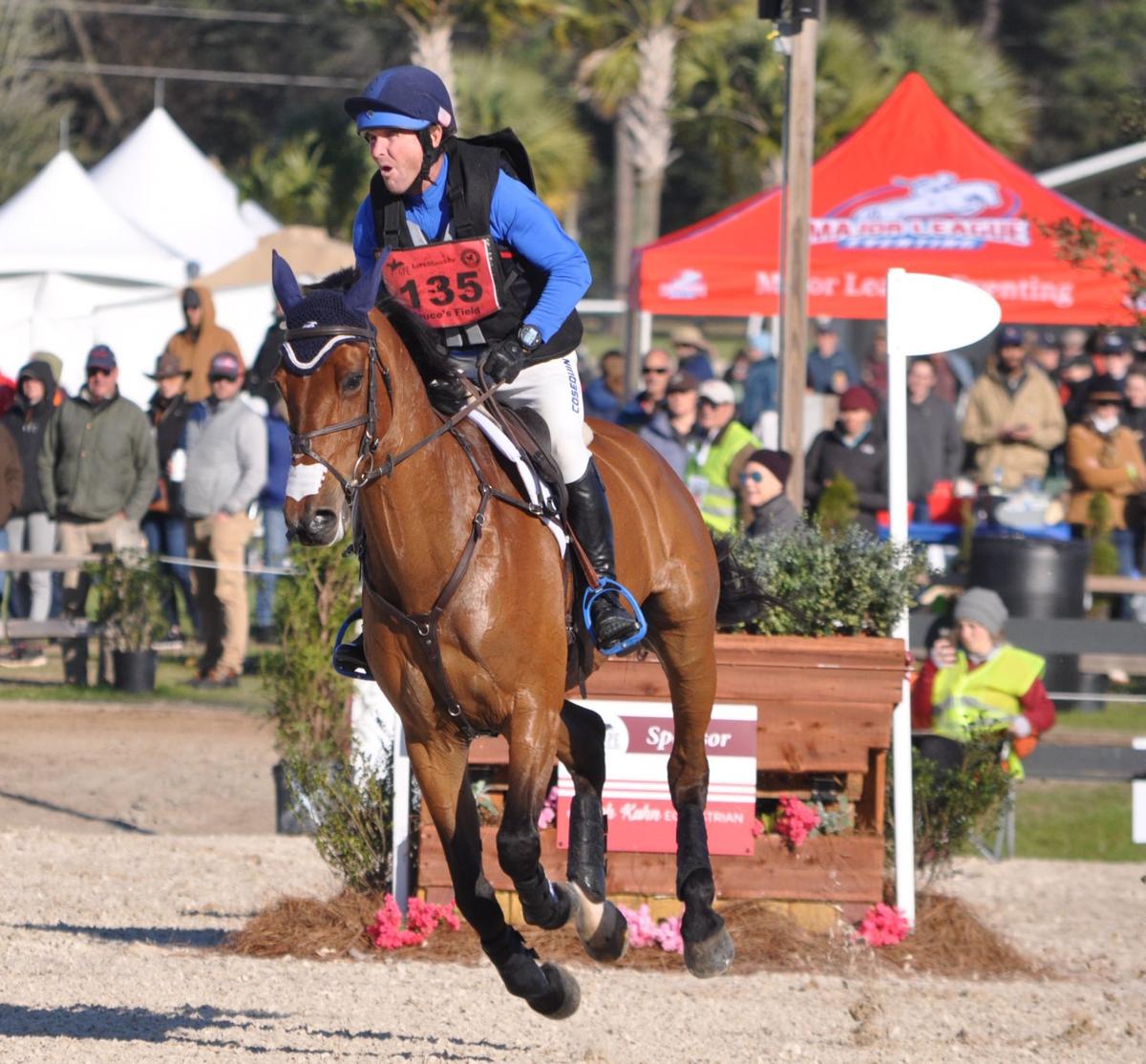 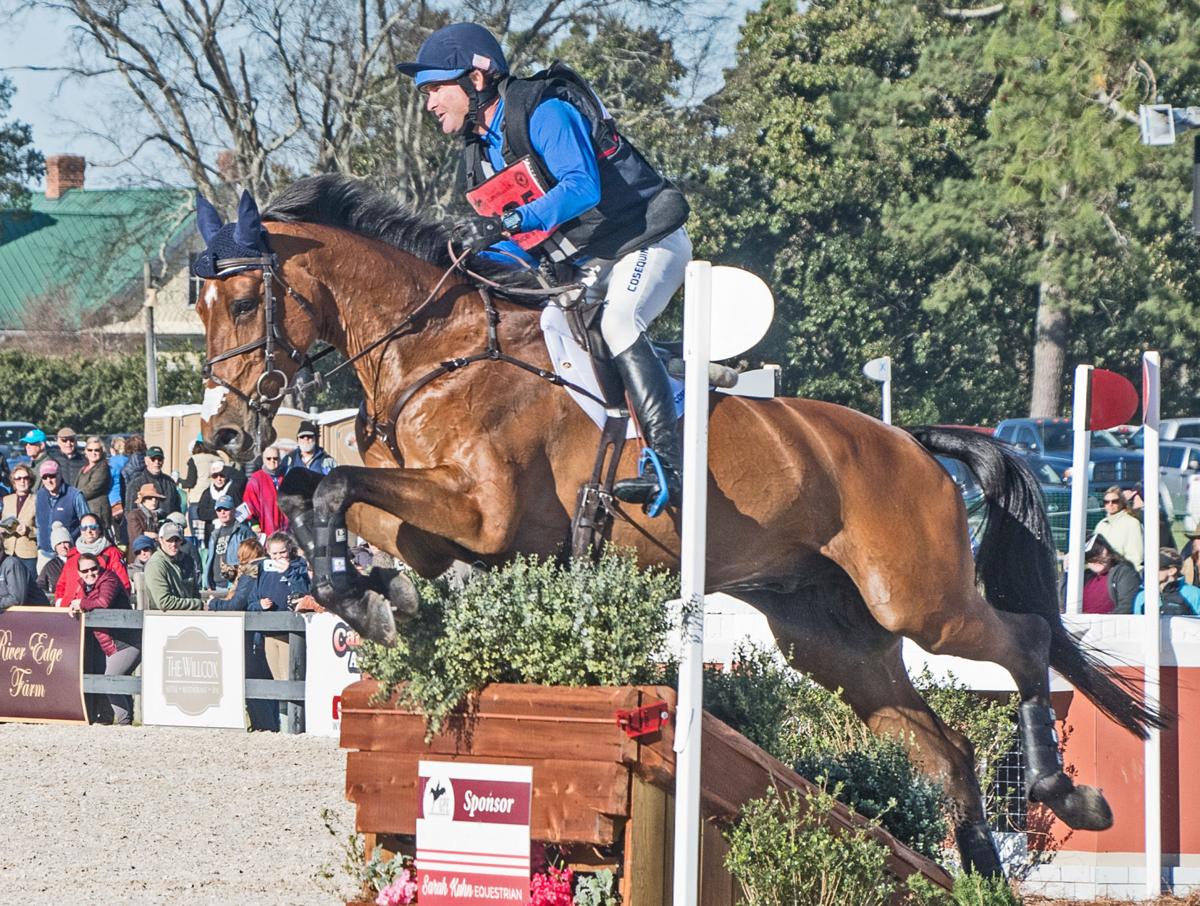 Phillip Dutton and Z soar over a jump during the cross-country phase of the $50,000 LiftMaster Grand-Prix Eventing showcase at the Aiken Horse Park Foundation's Bruce's Field last year. (Photo by Barry Bornstein)

Phillip Dutton and Z soar over a jump during the cross-country phase of the $50,000 LiftMaster Grand-Prix Eventing showcase at the Aiken Horse Park Foundation's Bruce's Field last year. (Photo by Barry Bornstein)

Some of the top riders in the sport of three-day eventing – both nationally and in the world – have close ties to Aiken.

They're also among the athletes scheduled to compete in the $50,000 LiftMaster Grand-Prix Eventing showcase Friday and Saturday at the Aiken Horse Park Foundation's Bruce's Field.

Phillip Dutton, who is spending much of this winter in Florida, has a training facility, Red Oak Farm, in Aiken.

Boyd Martin trains in the winter here at Stable View.

And Doug Payne is a local resident.

He soon will be moving to Hillsborough, North Carolina, but still plans to spend the first quarter of each year in Aiken.

Dutton, Martin and Payne all are on the United States Equestrian Federation’s Eventing High Performance Elite Training List for winter 2021 along with their respective horses: Z, Tsetserleg and Vandiver.

Liz Halliday-Sharp and her horse, Deniro Z, also are on the list.

Halliday-Sharp, who splits her time between Florida and Kentucky, won the LiftMaster Grand-Prix with Dinero Z last year and Fernhill By Night in 2019.

The Elite Training List identifies the horse and rider combinations that demonstrated “the ability to contribute to medal-winning potential” at the World Championship level, according to the federation.

Martin and Luke 140 are on the Eventing High Performance Pre-Elite Training List along with Payne and Quantum Leap.

In three-day eventing, there are three phases of competition – dressage, cross-country and show jumping.

Dutton is a six-time Olympian. In 1996 and 2000, he won a team eventing gold medal while representing Australia.

When Dutton was a member of the U.S. squad in 2016, he earned an individual bronze medal while riding Mighty Nice.

Take our Equestrian Traditions poll for a chance to win a $50 Visa gift card!

Dutton began training in the winter in Aiken in the 1990s.

“Annie Jones had been coming to Aiken and she started supporting me with horses, so it was her suggestion,” he said. “Her family had thoroughbred racehorses, and they played polo a lot. Then she got involved in eventing.”

Dutton, who is the chairman of the organizing committee for the LiftMaster Grand-Prix Eventing showcase, decided to become an Aiken winter regular for a variety of reasons.

“There were a lot of different parts to it,” he said. “Certainly, being in a enjoyable community with like-minded people is always a benefit. And because there is a big horse community here, you have access to all the services you need with horses. You also have access to lots of competition locally, and then there is the soil type (sandy loam), climate and all that kind of stuff.”

In Florida this winter, Dutton changed in the focus of his training regimen.

“I just sort of wanted to do a little bit more intensive show jumping and dressage work, so I ended up here, and I had a couple of clients that I would benefit from being here as well,” he said.

In the future, Dutton plans to be in Aiken in the winter but maybe not as much as previously.

“It will be a little bit of both,” he said. “I’ll spend time in Florida and in Aiken. It will depend on the year and the horses and the people that I’m training, those kinds of things.”

No spectators for LiftMaster Grand-Prix in Aiken, but livestream will be offered

In 2019, Martin was on the gold medal-winning U.S. eventing squad at the Pan American games. While riding Tsetserleg, he also earned an individual gold medal.

“My first winter in Aiken was in 2007,” Martin said. “I got a job working as the assistant rider to Phillip Dutton.”

“I fell in love with the community,” he said. “It’s really got a great horse culture. The fox-hunting guys and the (thoroughbred) racing guys helped make this place famous for horse sports, and then these rowdy eventers moved in.

“For me, Aiken is a wonderful place to base our horses in the winter,” Martin continued. “The weather is always good compared to our normal home base in Chester County in Pennsylvania, and the ground is good.”

Martin spent the winter at several locations in Aiken before relocating to Stable View.

“It is an unbelievable training facility and competition facility,” he said. “It’s world class. Everything you could dream of to have for a horse is right here at Stable View.”

Payne was among Martin’s team members on the gold medal-winning U.S. squad at the 2019 Pan American Games.

New Jersey formerly was Payne’s home base, and Aiken offered him the opportunity to train in warmer weather during the winter.

For more than a decade, Payne has been a seasonal resident or lived here year round.

“I’m still convinced that Aiken is the most efficient place to develop young horses,” Payne said. “The longest you have to drive would be about a half hour to a number of competitions.”

Payne rides and trains three-day eventing horses and horses that specialize in show jumping. Currently, he is working with 25 animals.

“During the first part of the year we focus on the babies (young horses),” Payne said. “You can get them out and expose them to a lot very easily in Aiken. There is always something going on.”

The move to North Carolina, in part, is family motivated. Payne and his wife, Jessica, have two children.

The opportunities for them “outside of horses” are better there, Payne said.

Hillsborough is near the Raleigh-Durham-Chapel Hill area.