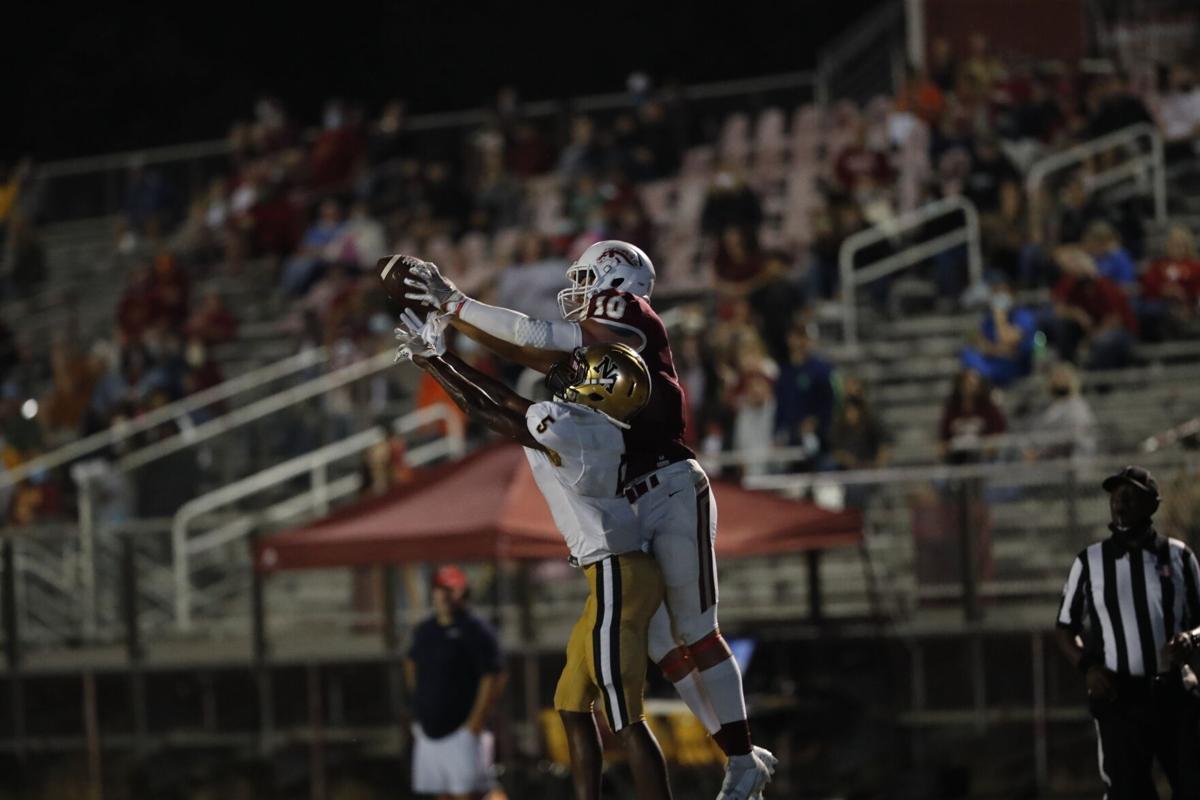 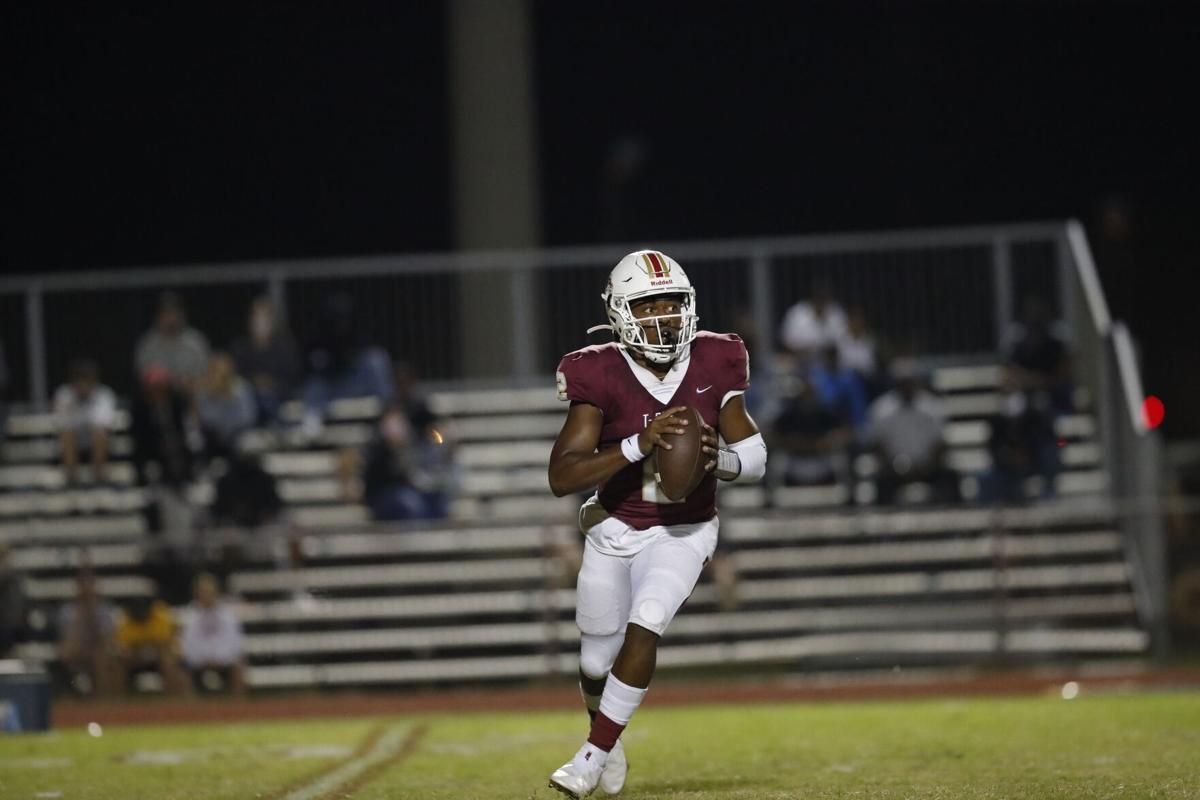 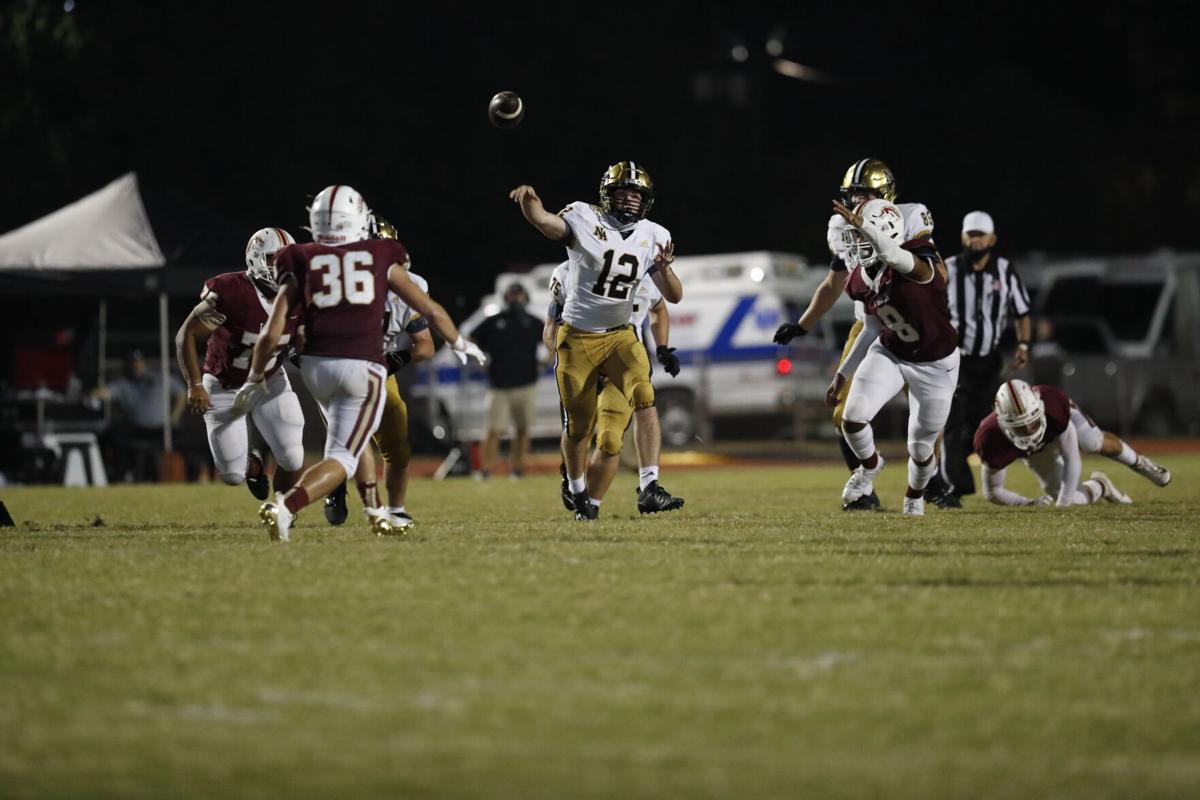 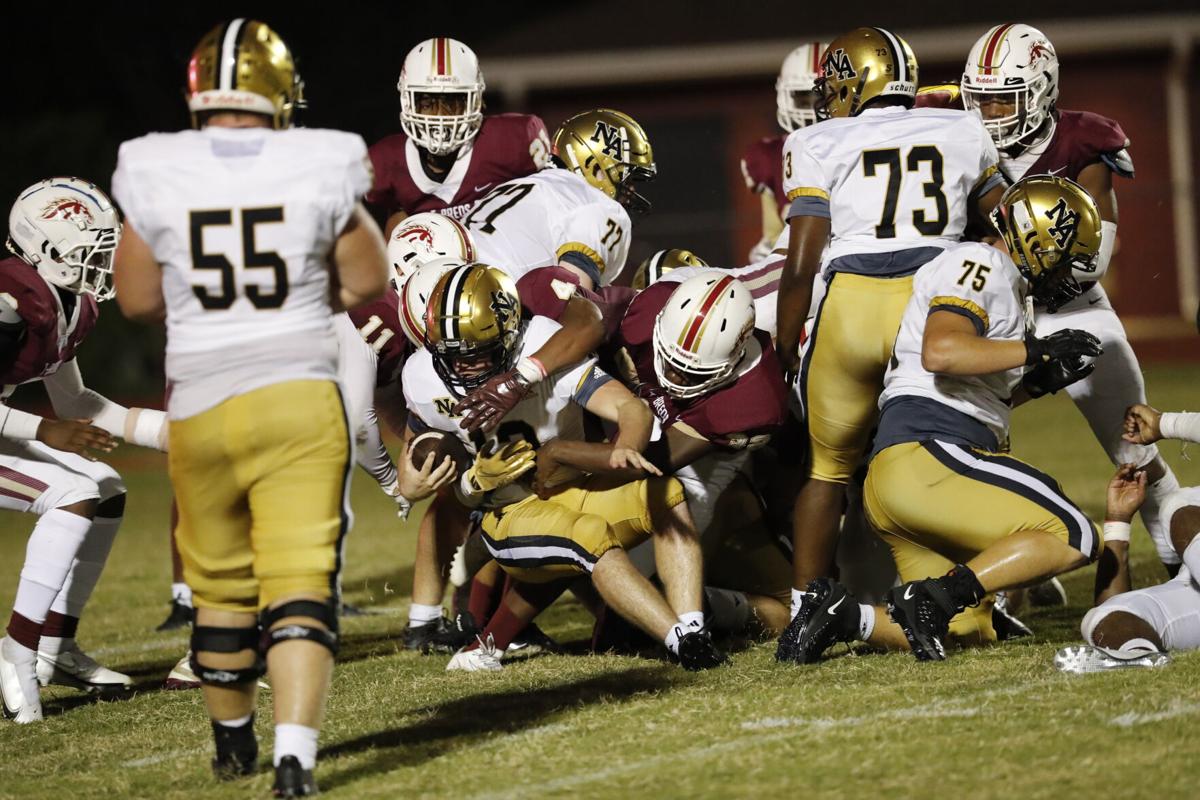 In a game where neither offense could get much going, North Augusta was able to come out on top after a late scoring drive.

DJ Curry had his second touchdown run of the night from 7 yards out to put his team up 21-10 with 1:35 left after the extra point by Grayson Bridgers.

South Aiken then drove down the field and Jonathan Burns caught a touchdown pass but the two-point conversion pass fell incomplete. The T-Breds tried an onside kick, but the Yellow Jackets recovered and ran the clock out.

The game was a defensive battle throughout. After forcing a three-and-out by South Aiken to start the game, North Augusta's offense drove to the South Aiken 19-yard line. However, DJ Curry fumbled and the T-Breds recovered the football.

After some more punts, North Augusta scored first with 8:23 left in the second quarter. Quarterback Austin Harrell ran a quarterback sneak from the 1-yard line. Bridgers' extra point was good, and the Yellow Jackets took a 7-0 lead.

On the ensuing possessions, each team's kicker missed a 25-yard field goal. South Aiken got the ball at the North Augusta 15-yard line and drove all the way to their own 12-yard line thanks to two huge completions from E.J. Hickson to Burns and Jalen Raysor.

Ethan Youmans kicked a 22-yard field goal as time expired to cut North Augusta's lead to 7-3 at the half.

After South Aiken's defense forced a North Augusta punt to open the third quarter, their offense scored immediately with Hickson running for a 43-yard touchdown. After the extra point, the T-Breds took a 10-7 lead.

After a few more punts, North Augusta struck again. Jordan Wilburn caught a 46-yard pass before DJ Curry ran for a touchdown from 2 yards out. The Yellow Jackets retook the lead, 14-10.

On their next possession, the T-Breds thought they had a long touchdown pass but it was called back due to a holding penalty.

Both offenses struggled for several drives before North Augusta got the ball with 5:26 to go in the game. The Yellow Jackets put together a long drive before Curry got his second touchdown of the night.

For North Augusta, Curry ended the night with 57 yards and two touchdowns on 16 carries and lost a fumble. Harrell completed 15 of 28 passes for 264 yards and rushed 18 times for 72 yards and one touchdown. Bridgers caught five passes for 100 yards.

South Aiken will look to bounce back next week against Airport, while North Augusta will host Midland Valley.