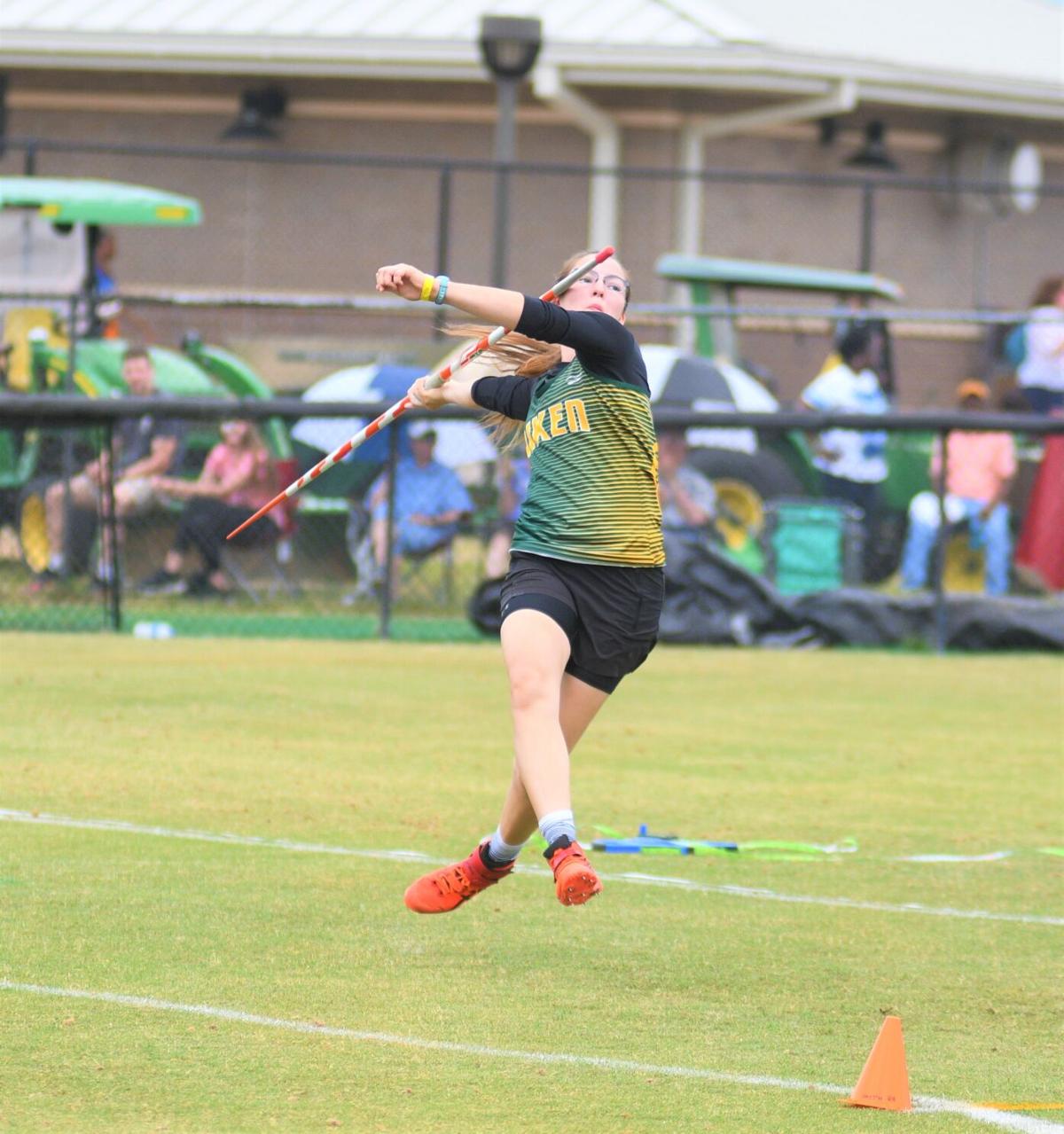 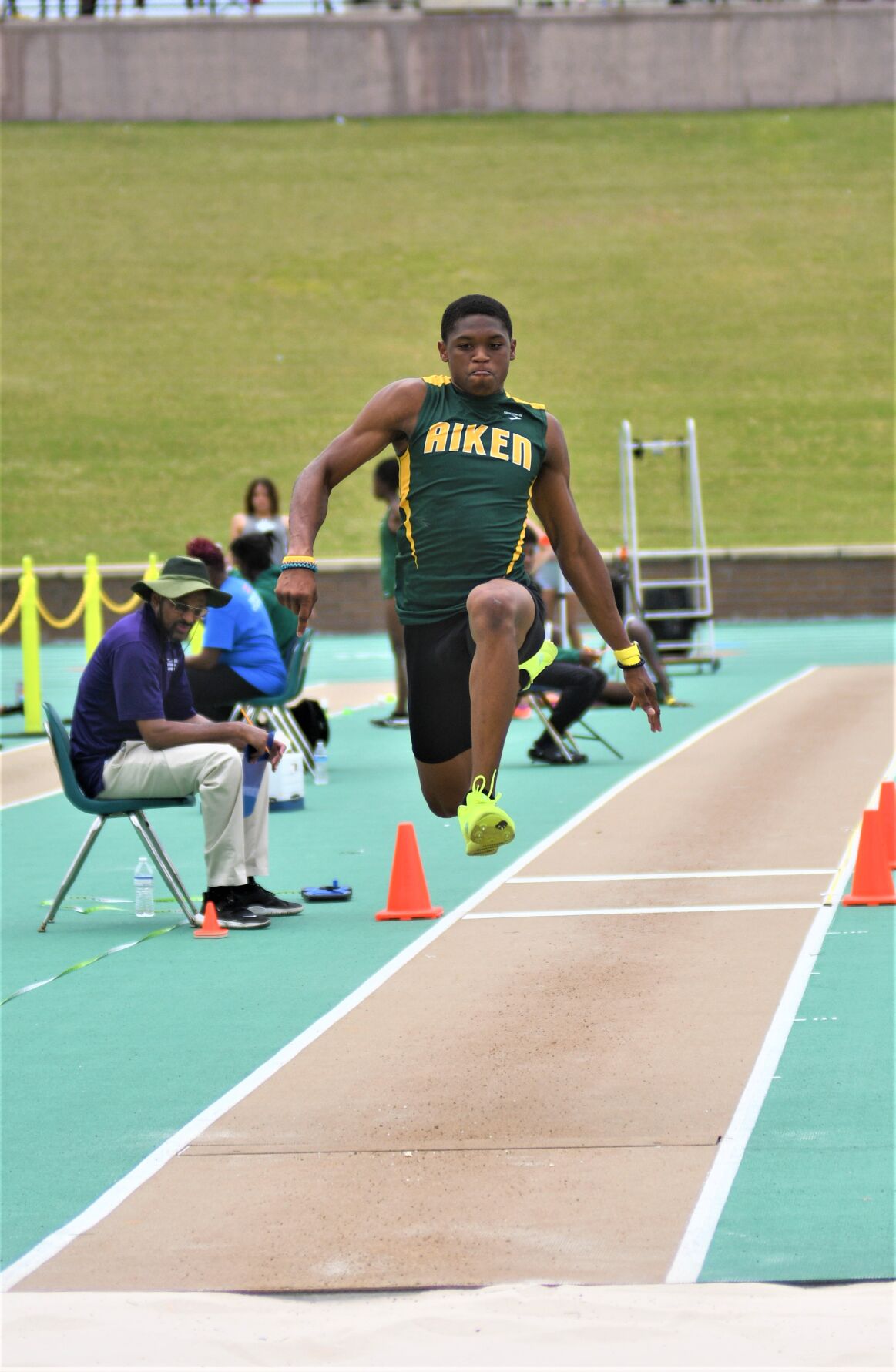 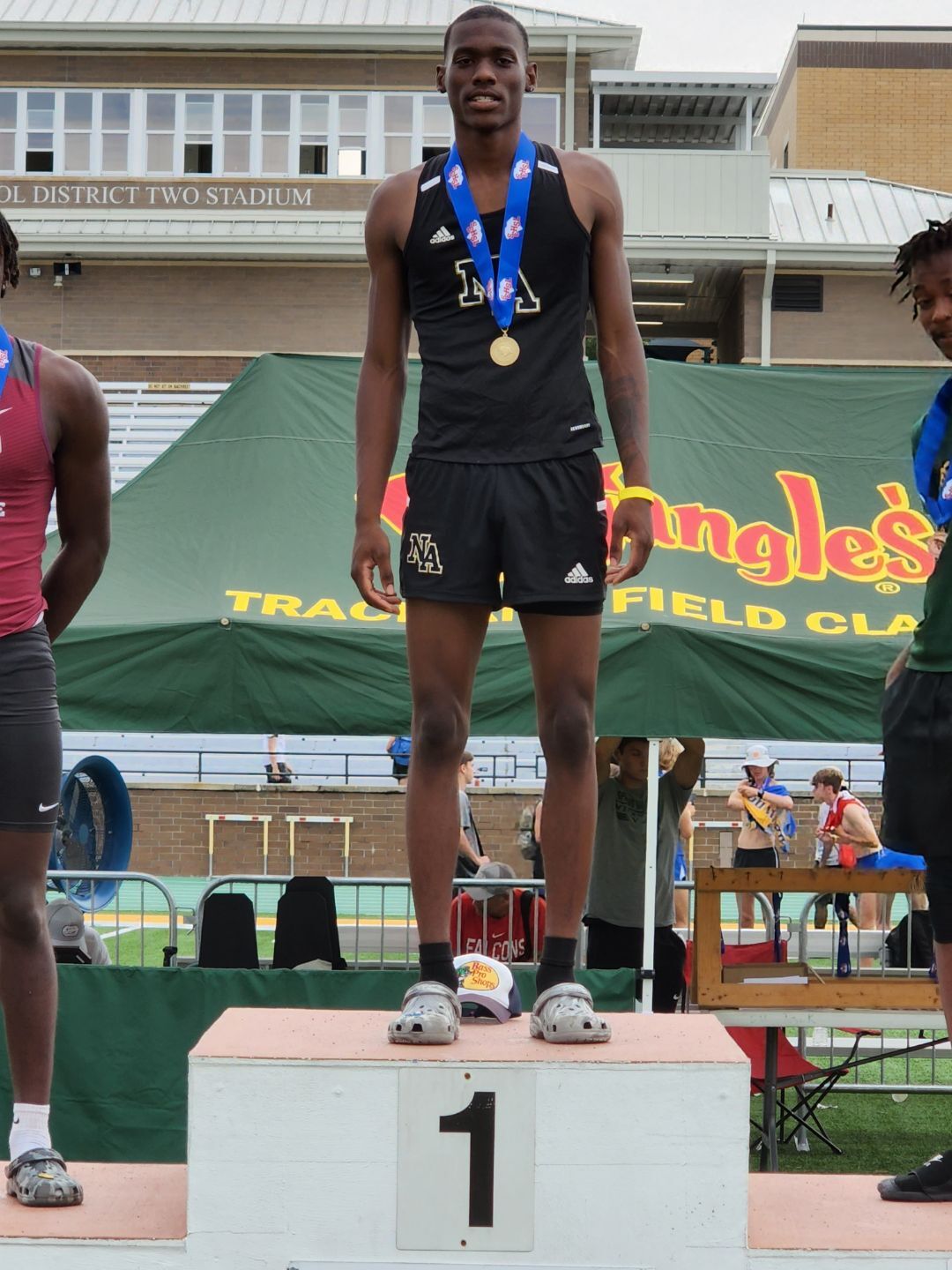 COLUMBIA — Saturday was a day of waiting at the Class AAAA track and field state championships at Spring Valley High School in Columbia.

That's often the case at track meets, which can take up a good chunk of the day even when everything runs on schedule. If not, the slightest hiccup can have a ripple effect, and athletes competing in multiple events may have a lot of time to kill between events.

Then there are weather delays.

The wait was worth it for three area athletes who returned after a lengthy postponement to win state championships in their respective events. Aiken High's Eliza King repeated as state champ in the javelin throw, classmate Braylon Staley won the triple jump and North Augusta's Mekhi Bosket won the high jump.

Each had to find ways to pass the time - stretching to keep loose and eating were obvious choices - before returning to the field for warmups.

King, the reigning champ in the javelin who is chasing down top national marks, was disappointed with preliminary throws that were well below her standard - but still better than anyone else that day. She returned and saw fast improvement, and her final throw of 146'10" was more than 36 feet better than her nearest challenger.

"I'm very pleased to win and beat my distance from last year by 10 feet," she said. "That was the goal I had going into it, just to hopefully set a new state record. That's what my goal was."

King, a sophomore, is geared toward setting personal records each time she competes, but after an atypical start to the day she needed to reset mentally, generate some positive energy and reflect on any other tweaks she needed to make.

Staley, another member of Aiken High's talented sophomore class, was listed last on the heat sheet for the triple jump and had to do a lot of waiting even before the delay. His first jump was a good warm-up at 46'7", then he went for 46'10.5" and waited for the finals to see if anyone could beat him - no one could.

"It feels good. I was a little nervous going into it, but we worked at practice," he said. "It was kind of a light week, but I got my legs prepared and did a lot of recovery for it to get ready."

Like King, Staley came into the state championship week on the heels of a convincing win at Lower State. And, also like King, he'll spend the next two years as the one to beat.

"Better late than never" applied in multiple ways for Bosket, who after years of being asked finally joined the track and field program as a senior. He was one of three to clear 6'4" in the high jump and won on scratches, capping his rookie - and only - season with a state title.

"It feels pretty good. I'm glad I won," he said. "This was my first year at track, so overall I feel pretty good."

Bosket set the bar at 5'10" for his first attempt because he knew he could easily clear it on the first try, then moved on to 6' for his next turn.

"I knew I got that in the bag. I had practiced that all week, so that was slight," he said. "We moved up to 6'2", and I scratched the first time. I had got in my head a little bit, but I rebuttaled and came back and hit it the second time. We moved on up to 6'4", and that's when I knew it was a competition now. I didn't know how I was going to pull it out, but I rebuttaled my jump and I made it."

Midland Valley's Kaiya Wright added to her bronze medal from a year ago with a fifth-place finish in the high jump. South Aiken's Lathyn Voigt was sixth in the high jump, Aiken High's Anaya Jones and North Augusta's Austin Brown each finished seventh in their respective 400 hurdles races, and South Aiken's Marlena Lee (high jump) and Zach Whitson (pole vault) each had an eighth-place finish.