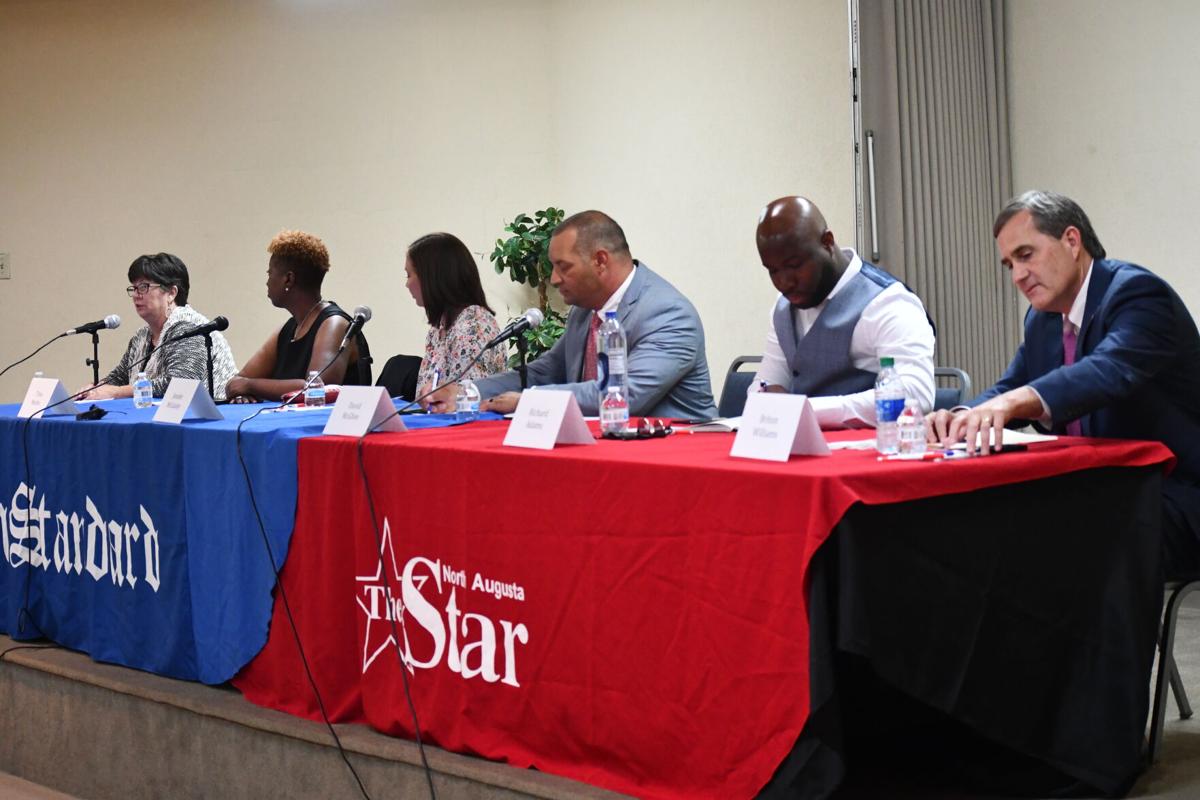 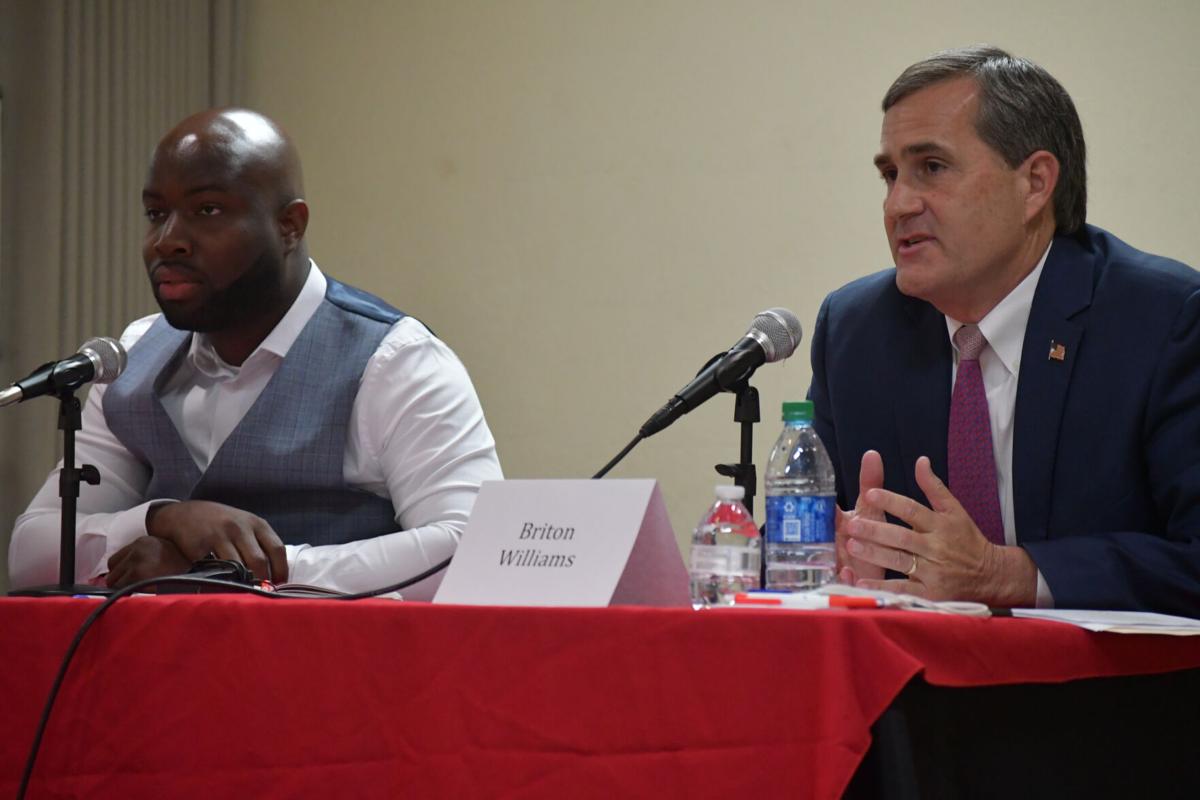 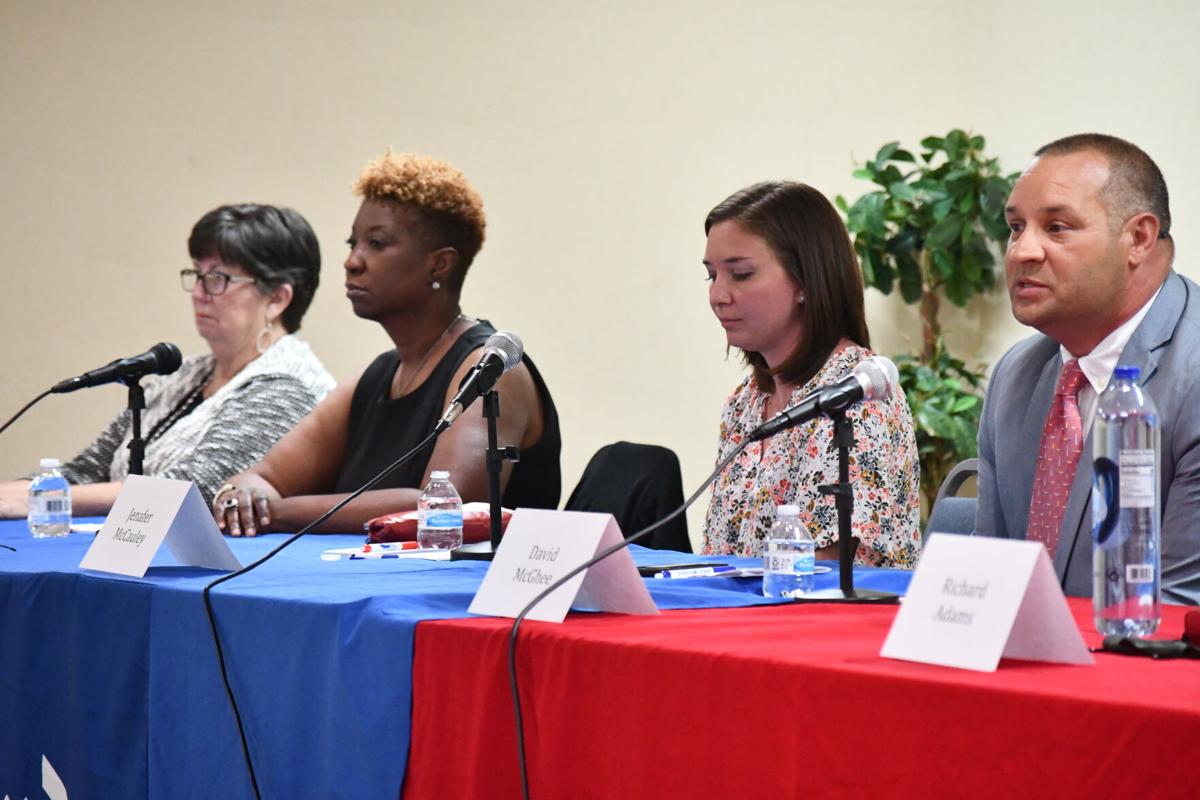 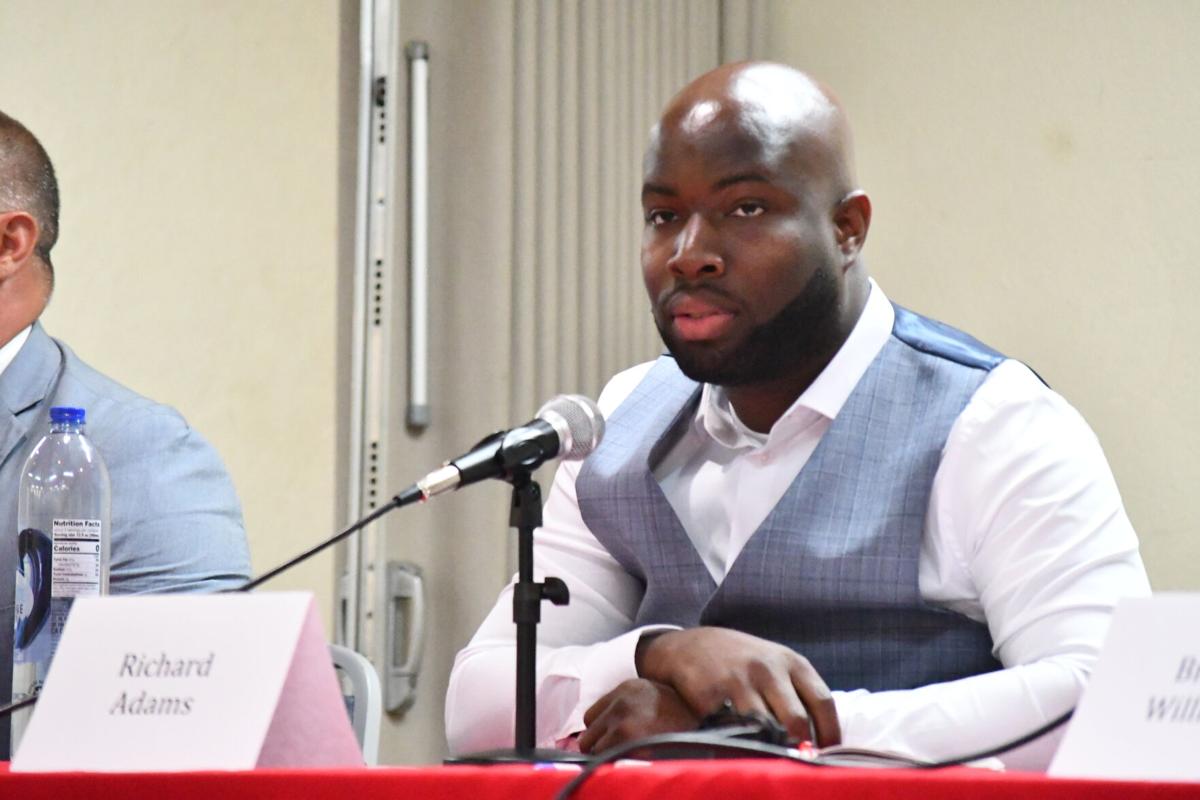 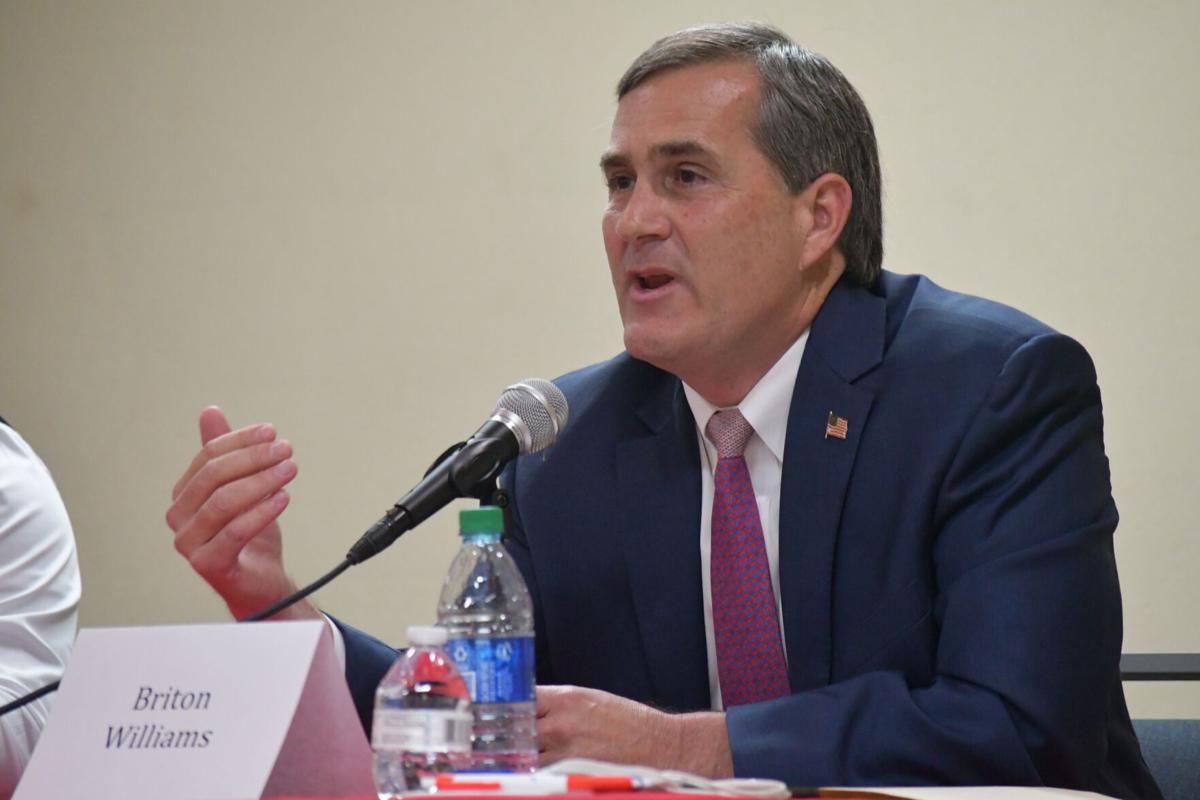 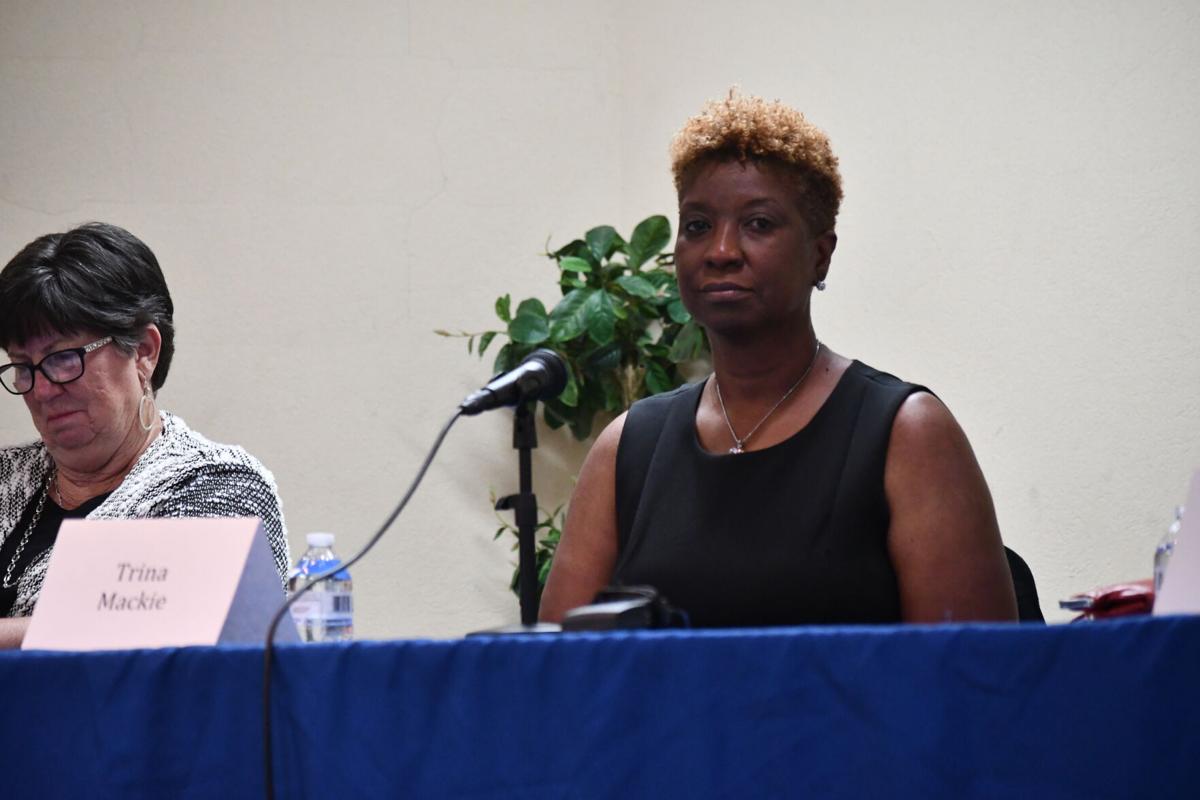 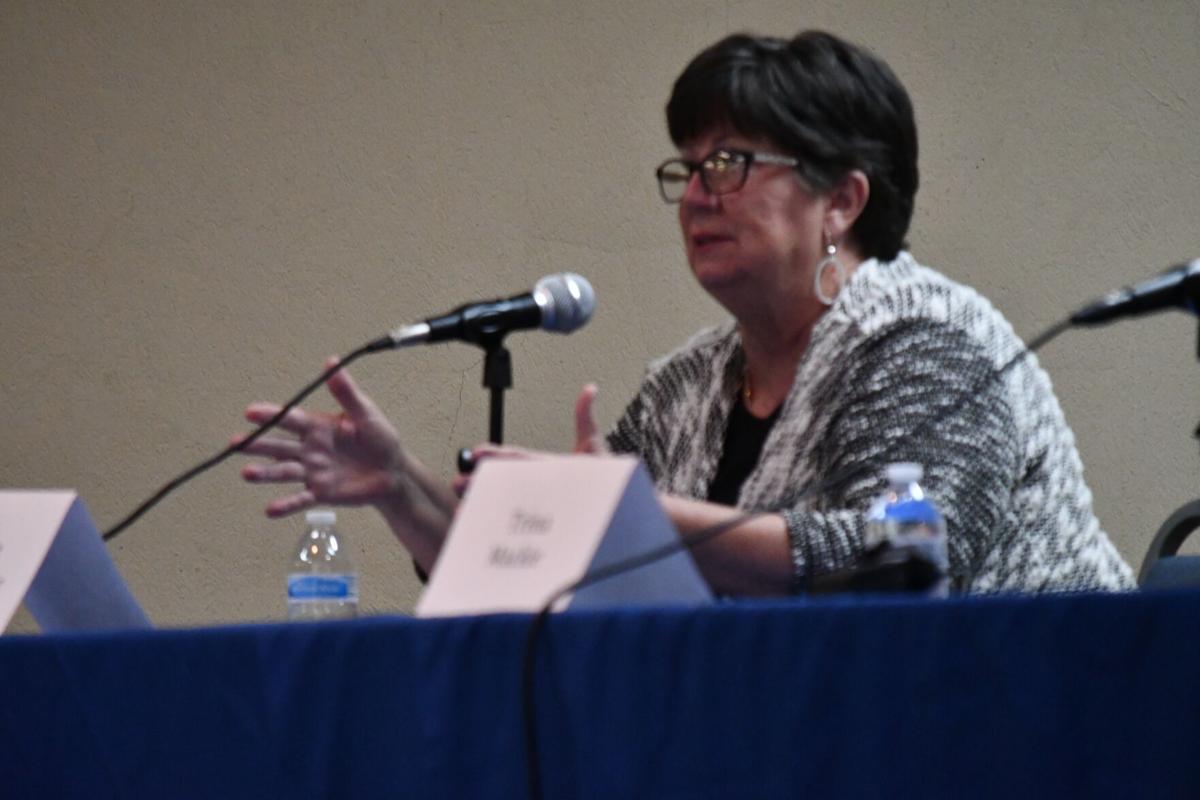 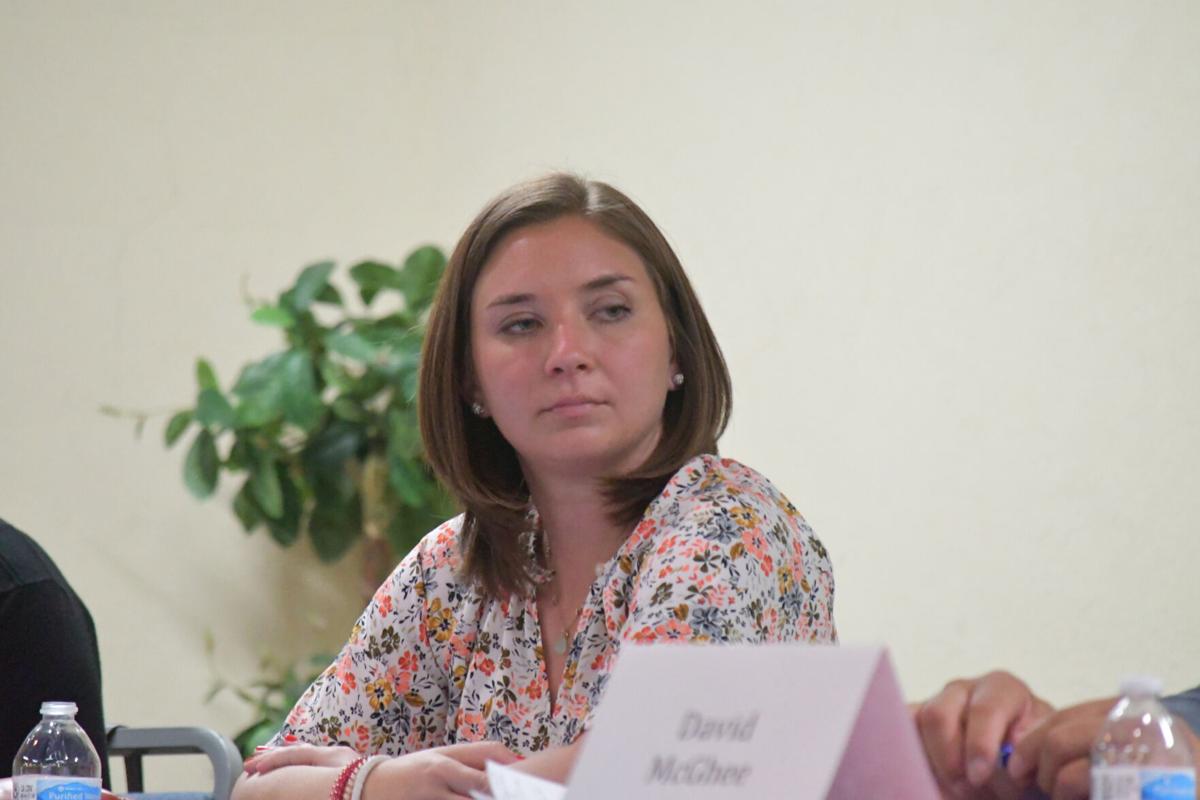 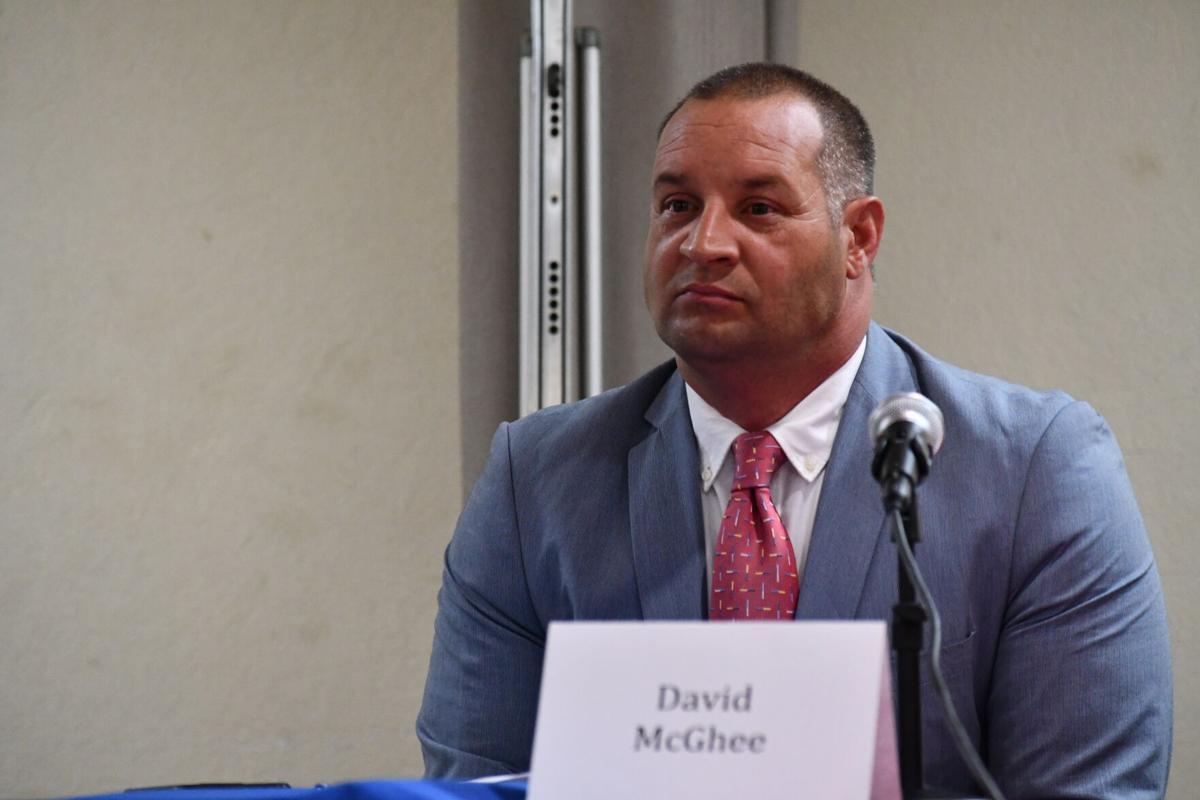 The public joined in person at the North Augusta Community Center and online via Facebook to see what each candidate had to say.

Mayoral candidates Richard Adams (Democrat) and Briton Williams (Republican) had the chance to answer questions from The Star and questions submitted from the public.

The important topics covered were the New Savannah Bluff Lock and Dam, the Meriwether Monument, Riverside Village and North Augustans' voices being heard.

Each candidate had two minutes to answer each question.

When asked about future plans for the Meriwether Monument, Adams said he would continue to push for a solution.

“One of the things I want to see for the city of North Augusta is a museum, a museum that showcases our city’s past, present and future,” Adams said. “North Augusta has a very rich history, and it far surpasses the Meriwether Monument ... I would like to see the monument relocated to that museum; that monument literally encompasses all three, it is an event that did happen in our city, we presently talk about it right now and whatever happens to it is going to be a part of our future.”

Adams said the full true story could be told in the museum where there would be an exhibit for the monument.

Riverside Village was also discussed during the forum.

Williams said North Augusta needs a mayor with a strong financial background, a mayor with contacts on both sides of the river and a mayor who can multitask with looking for other revenue streams while working on the Riverside Village situation. Williams feels that it is important to make information regarding Riverside Village clear to the public with a PDF so citizens can know what is going on without putting the city in jeopardy.

City council candidates were also given a chance to participate in the forum, answering questions about a possible tax increase, Calhoun Park and growth in the city.

"Growth is inevitable. We cannot stay the same, we either grow or we die. As we’re growing, it is important that growth is managed properly ... What I do not want to see is that our roadways become jam-packed as the growth continues. Let’s just make sure as we grow, our roadways can support our growth. It’s great to have new taxpayers to come into our city to help us hopefully provide more services to our citizens,” Mackie said.

McGhee mentioned it is the people who make North Augusta what it is.

“Right now we have a lot of different traffic studies and roadwork projects that are in progress, and hopefully those are going to keep up with what we’re seeing as far as roads (go),” McGhee said. “We are in front of the growth right now, as far as projects (go) and we will see how that catches up to us.”

Growth can also bring changes to taxes, which was another topic discussed. Carpenter, who has been involved with the city for many years, presented her views on tax increases.

“I think every year we should have a tiny tax increase, because I think things are growing, things we need in this city and maybe cannot get. Come next budget time, if I’m there, if it sees fit that we need the money to do projects here in North Augusta, then yes, I think this is something people feel like we need, like projects in this town, then they won’t mind tax raises. Now, just to raise taxes, just to say we’re raising taxes, no, I do not agree with that,” Carpenter said.

The city council candidates were also asked for their views on the Meriwether Monument and what they would do about it.

“I do believe the wording on the monument is offensive and does not represent what our city is today. If it came down to it I would be for the paneling around the monument," McCauley said, “I do know as of right now the state of South Carolina has a hold on the monument so there (aren't) opportunities for moving it or relocating it.”

McCauley said the focus on the moment needs to be about learning the history and educating the city on how terrible the event was.

The forum was streamed live and there is a saved recording of it on the Star’s Facebook.