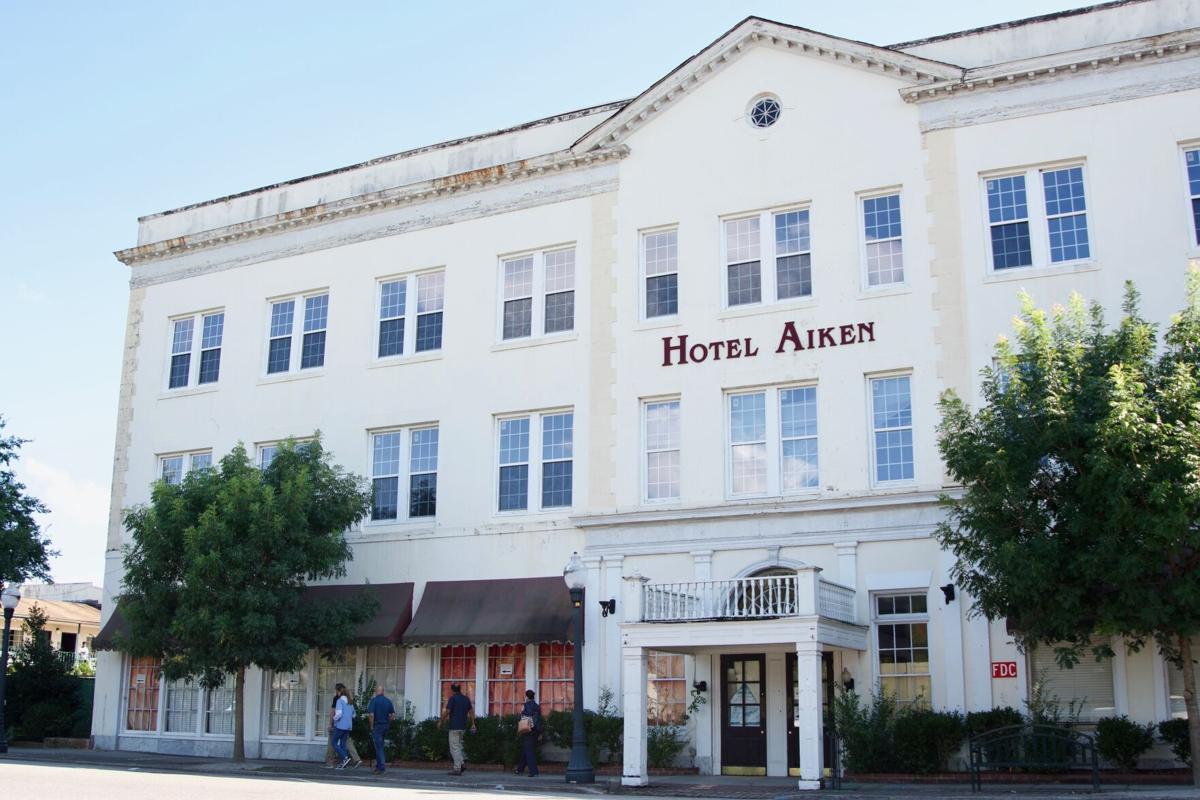 Neel Shah and attorney Jennifer Stone, among others, walk past Hotel Aiken on the way to an Aug. 4 Design Review Board meeting. 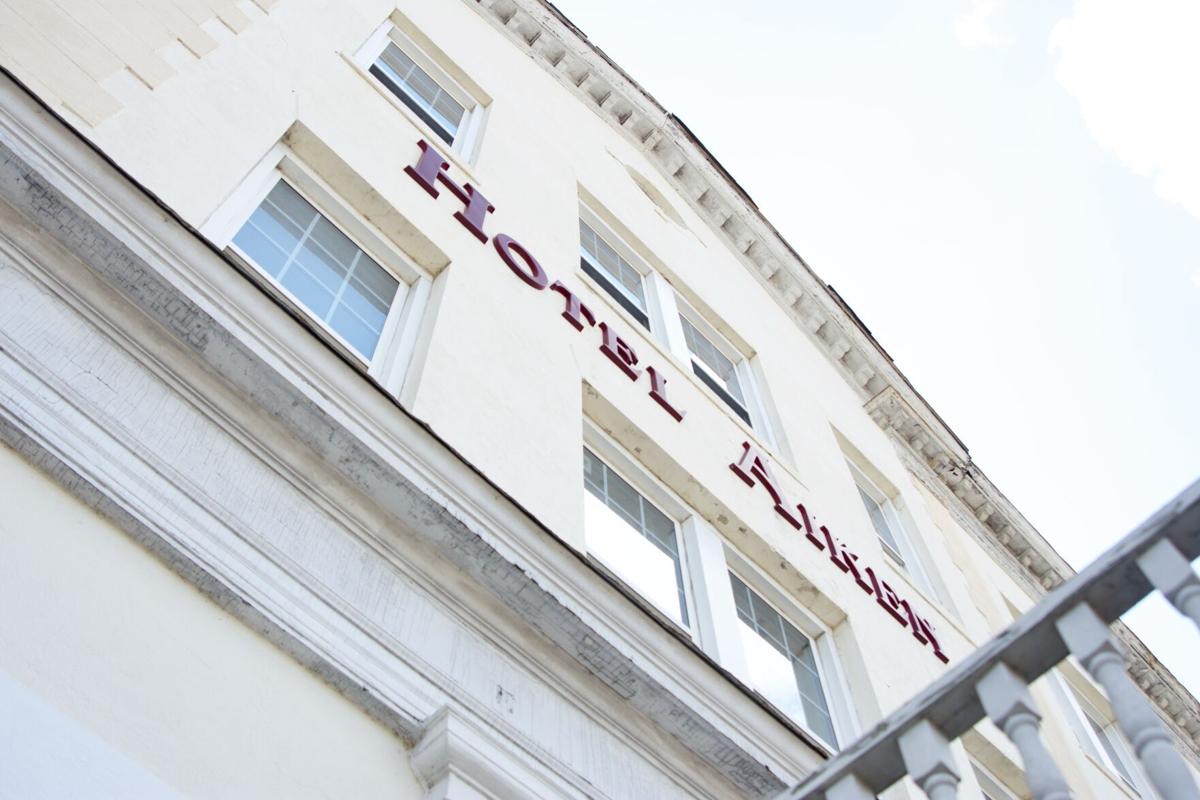 Hotel Aiken sits on the corner of Laurens Street and Richland Avenue in downtown Aiken. It is on the city's register of historic places.

Neel Shah and attorney Jennifer Stone, among others, walk past Hotel Aiken on the way to an Aug. 4 Design Review Board meeting.

Hotel Aiken sits on the corner of Laurens Street and Richland Avenue in downtown Aiken. It is on the city's register of historic places.

What was once slow goings and painstaking interior progress at the Hotel Aiken is now complete dormancy, according to a lengthy statement from the hotel's ownership, as the coronavirus crisis paralyzes the hospitality industry and economies worldwide.

Work on Hotel Aiken, the historic lodging at the corner of Richland Avenue and Laurens Street, has ceased "at this time," Historic Hospitality LLC and the Shah family said Saturday via attorney Jennifer Stone. The limited liability company is registered to a downtown Aiken address.

A restart date, according to the one-page statement, is not available. A formal deal with a general contractor has not been entered into, either, as plans and pricing are still in flux.

"This is a very complicated renovation and not a project that can be completed piecemeal," reads the statement, a rare public acknowledgement and update. "While this has been a long and tedious, and frankly, expensive process, it is important to the Shah family to preserve the historic and cultural elements of Hotel Aiken."

The ownership, commonly represented by point man Neel Shah, said they "have been clear in our communications with the City that we are experiencing delay at this juncture due to COVID-19." The city's most recent walkthrough of the downtown property was in February or March, according to the statement.

The full stop at Hotel Aiken – a structure more than a century old and on the city's register of historic places – is a significant blow to a multimillion-dollar project that was already behind previously publicized schedules.

In December 2017, Shah, at a packed Greater Aiken Chamber of Commerce breakfast forum, announced the hotel would come under the Courtyard by Marriott wing, would be rebooted and fleshed out to the tune of $11 million, and would in a boutique manner mesh the hotel's pedigree with modern accommodations. Local ownership would remain.

At the time, Shah said the hotel would reopen for the 2019 Masters – a tourism magnet that chews through hotel, motel and short-term rental vacancies. The doors at Hotel Aiken, however, never opened.

In 2018, the tiki bar behind the building was nixed. Crews were seen stripping the inside of the hotel, and nearby dumpsters were packed with debris and other odds and ends: carpet, planks, mattresses and what appeared to be wall art.

Malia Koelker, the owner of nearby Malia's Restaurant, in late July contacted City Manager Stuart Bedenbaugh and Planning Director Ryan Bland about "the continuing deterioration and misuse" of Hotel Aiken and adjacent properties, among other concerns. Koelker further inquired about so-called demolition by neglect, a little-known provision the city can use to intervene and compel property owners to address blight and, more broadly, protect historic architecture.

"It doesn't give us any authority to demolish structures. It protects structures," Aiken Design Review Board Chairman McDonald Law has said. The planning director has concurred.

Historic Hospitality LLC and the Shah family have requested a copy of the Koelker complaint but, according to the Saturday statement, have not yet received it.

Koelker's brief message to city officials was included in the Design Review Board's Aug. 4 meeting packet. Shah and Stone, the attorney, attended the meeting and engaged the board, which is seeking a dialogue and rolling updates about the hotel renovation.