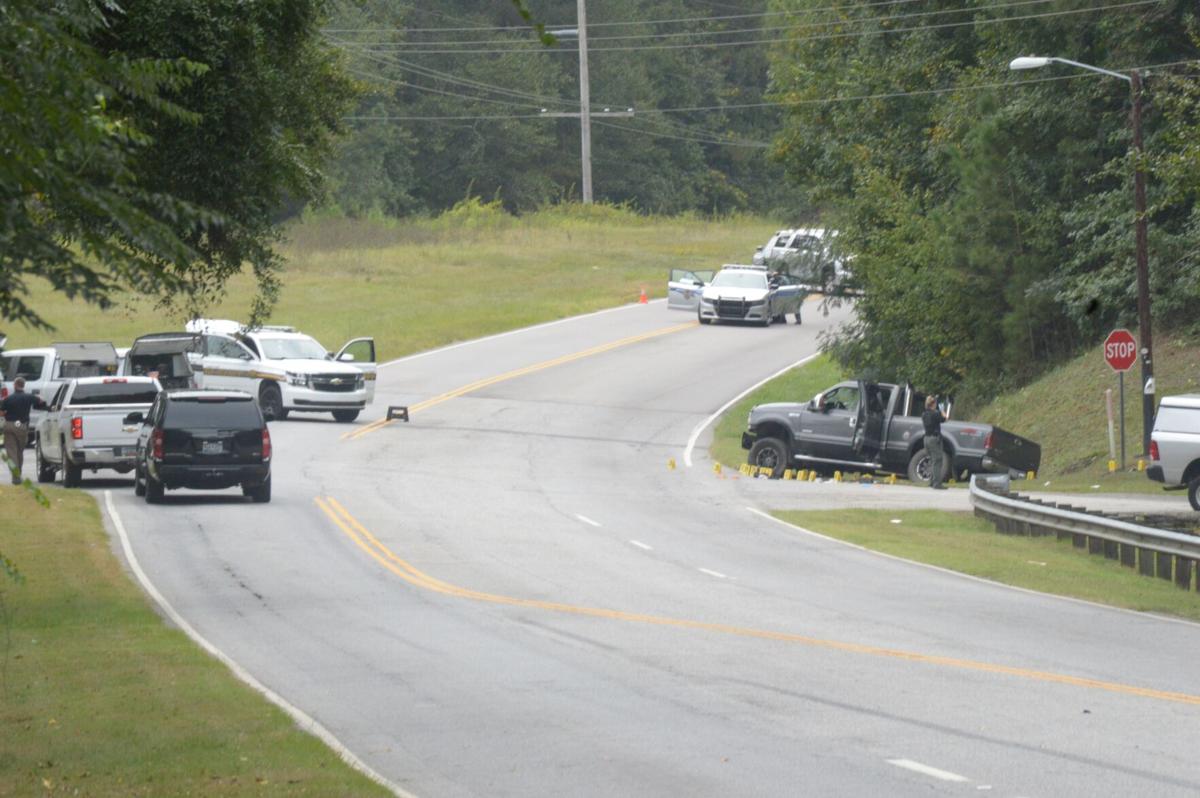 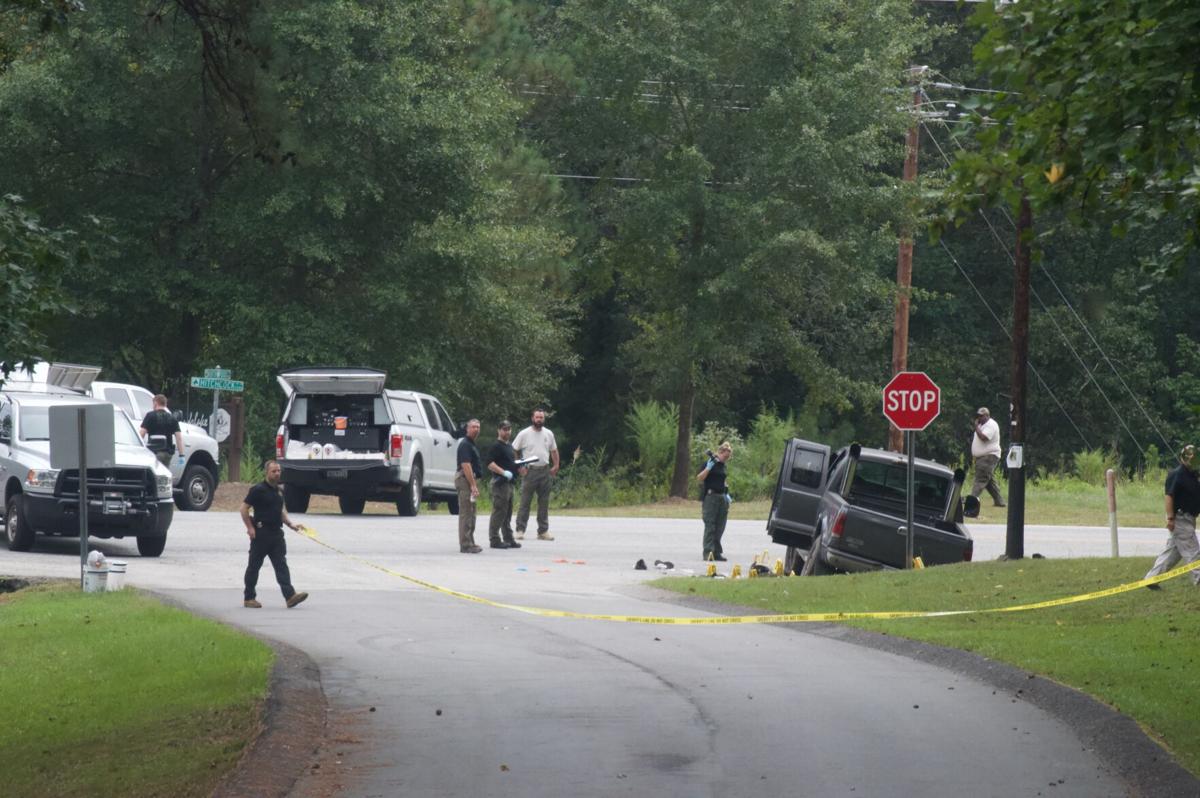 A possible suspect in a Graniteville shooting that left two people dead remains in custody after engaging in a shootout Saturday night with law enforcement officers in Aiken.

Around 7 p.m., deputies with the Aiken County Sheriff’s Office responded to a shooting incident on Louise Street in Graniteville, Lt. Vicky Gaskins with the Sheriff's Office said.

Upon arrival, deputies located two unresponsive victims, a man and a woman. Both were later confirmed deceased by Aiken County EMS and first responders.

One of the victims was identified as 43-year-old Lacy Boyd who resided in the home, Aiken County Coroner Darryl Ables said.

The Aiken County Coroner's Office will release the identity of the second victim once their family is notified.

Both victims will be autopsied Monday morning in Newberry, Ables said.

The shooting incident is believed to have stemmed from an earlier disturbance that occurred at the home.

At 8:57 p.m., deputies located a possible suspect at East Pine Log Road and Whiskey Road and attempted to conduct a traffic stop.

A vehicle pursuit ensued which resulted in the suspect vehicle becoming stuck at East Pine Log Road and Northwood Drive.

The suspect was taken to a near by hospital with non-life-threatening injuries, the South Carolina Law Enforcement Division reported. No other injuries were reported.

The suspect was transported to a local hospital for medical treatment.

The South Carolina Law Enforcement Division was called in to conduct the investigation of the officer involved shooting, the Sheriff's Office said.

A portion of Hitchcock Parkway remained closed most of Sunday as law enforcement continued investigating the scene where the shootout occurred.

Information gathered in the SLED investigation of the incident will be summarized in a case file report to be submitted to prosecutors.

Investigation into the case is ongoing, authorities said.

Check back with the Aiken Standard for updates on this case.