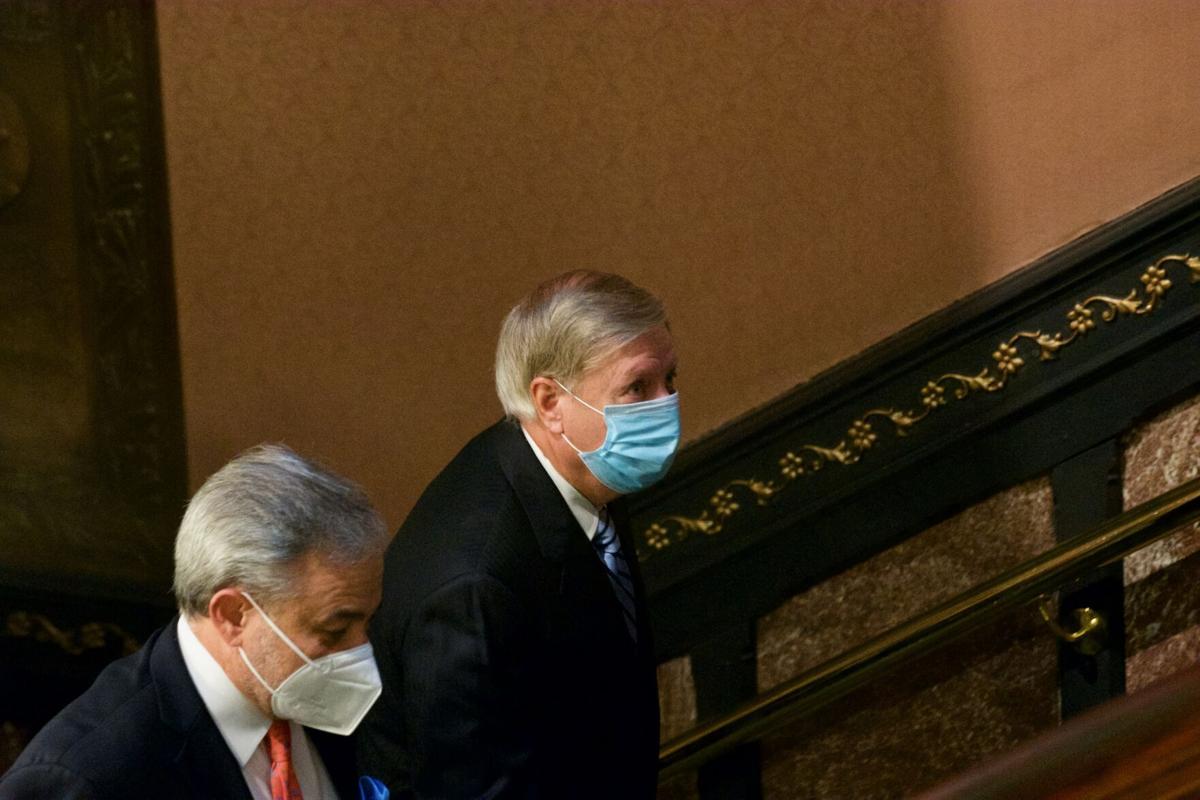 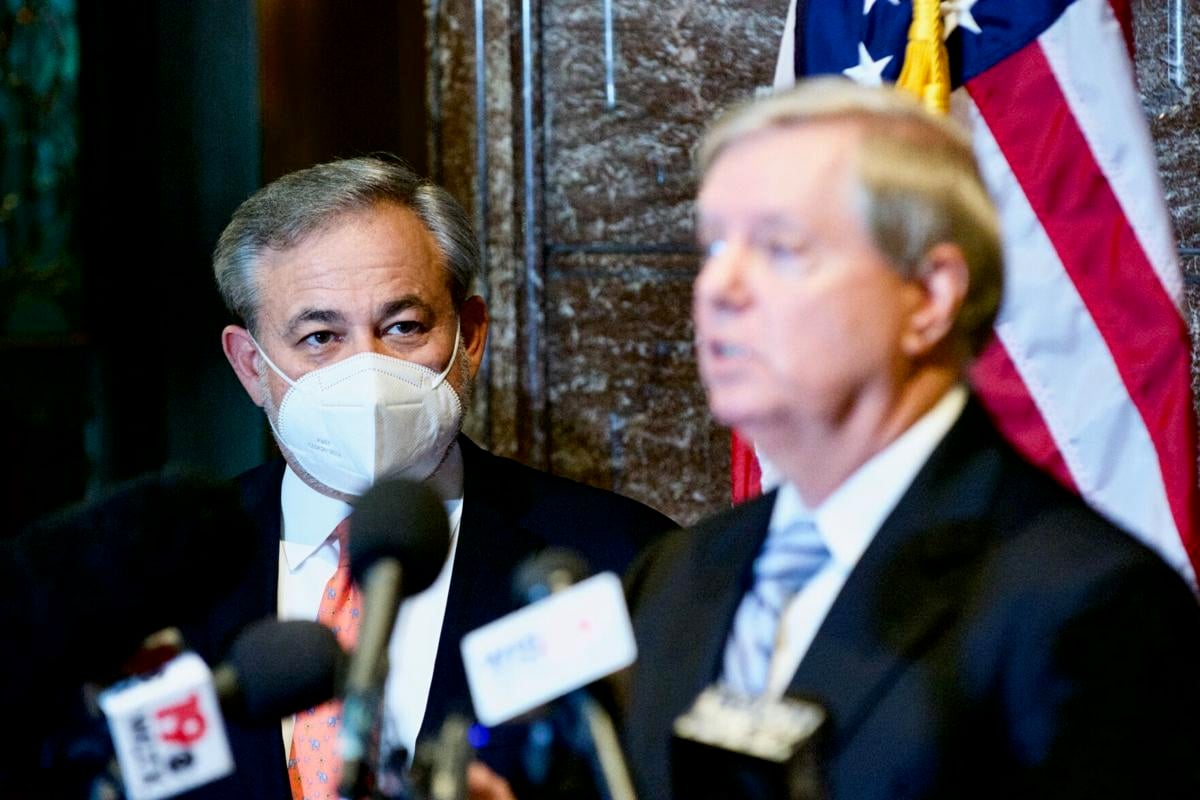 COLUMBIA — U.S. Sen. Lindsey Graham on Monday again lamented the failure of the Mixed Oxide Fuel Fabrication Facility at the Savannah River Site, suggesting the world is in a more precarious position without the nuclear fuel endeavor.

The South Carolina Republican, speaking at a Statehouse press conference with U.S. Secretary of Energy Dan Brouillette looking on, said he was heartbroken by the abandonment of MOX, a project the National Nuclear Security Administration officially axed in October 2018.

"My goal was to keep the program alive," Graham said Monday, "because the world needs this program."

The NNSA – the Energy Department's weapons-and-nonproliferation arm – and the U.S. Department of Defense two years ago recommended repurposing MOX infrastructure for plutonium pit production, the crafting of nuclear weapon cores or triggers.

"But what does that mean?" the senator rhetorically asked. "We'll be making nuclear bombs in the facility that we were going to dismantle nuclear weapons. This is not a good day for the world."

Eighty plutonium pits could be made at the Savannah River Site every year. The goal, per the 2018 joint recommendation, is at least 50 by 2030, an uphill sprint.

"So we've gone from swords, to plowshares, back to swords," Graham said Monday.

The U.S. and Russia roughly two decades ago agreed to eliminate 34 metric tons of plutonium – enough material for thousands of nuclear weapons –from their respective defense programs. The arrangement, known as the Plutonium Management and Disposition Agreement, gave rise to the MOX project at the Savannah River Site south of Aiken.

The U.S. and Russia disagree on the current status of the disposition agreement, according to a study handled by the National Academies, as Moscow suspended its participation in 2016. The Bureau of Arms Control, Verification and Compliance's April 2020 Compliance Report said there was "no indication" Russia has violated the pact. But the pause has raised red flags about Russian willingness to cooperate in the future.

National Nuclear Security Administration chief Lisa Gordon-Hagerty in an interview with the Aiken Standard last summer said the U.S. was not backing out of the PMDA and welcomes a dialogue with the one-time Cold War rival.

Graham on Monday said MOX was meant to make the world safer – and that effort has unraveled.

"We failed to make the world a safer place, because I don't know what Russia's going to do with their 34 metric tons of weapons-grade plutonium they promised to do away with," the senator continued. "We'll see how all this plays out."

MOX was more than a decade in the making, and still incomplete, when it was canceled in late 2018. Costs had ballooned. Progress was flagging. And the venture was disfavored by then-Energy Secretary Rick Perry as well as Gordon-Hagerty.