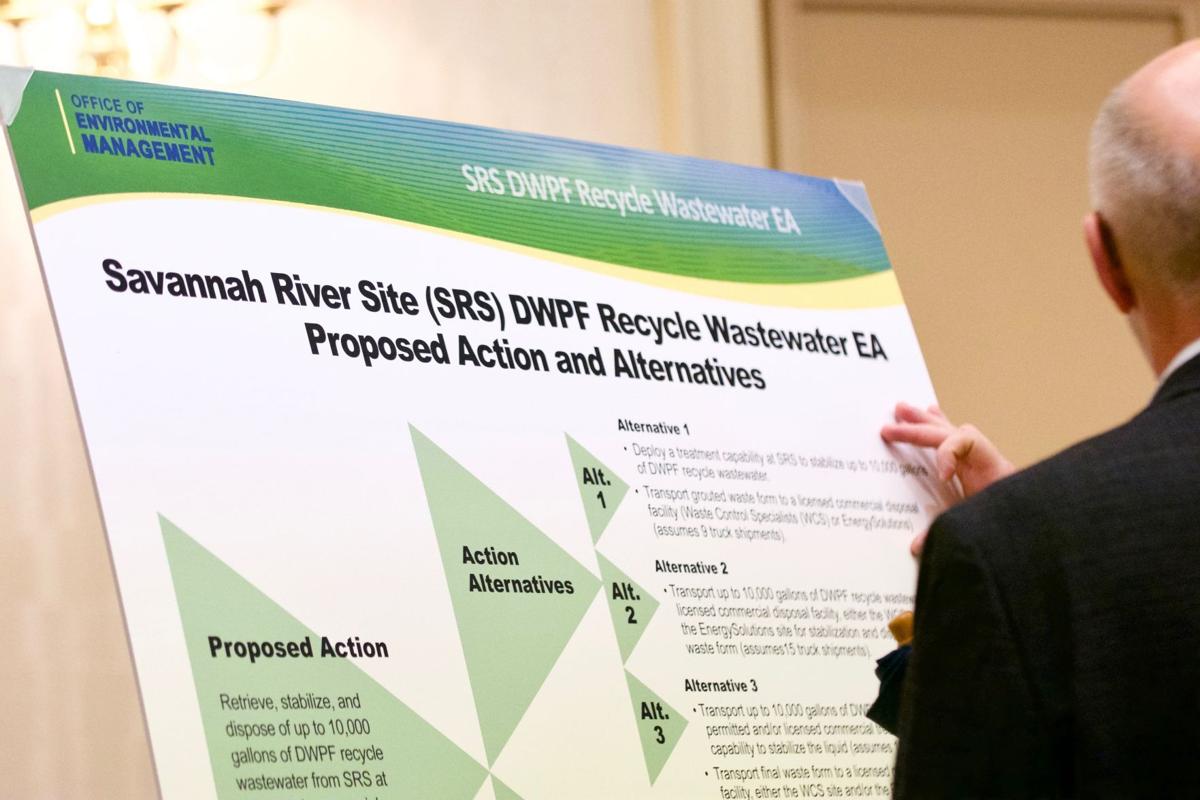 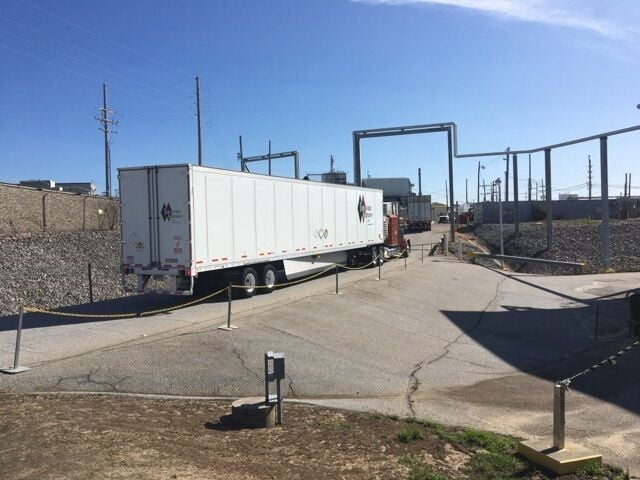 The U.S. Department of Energy this week wrapped its effort to remove from the Savannah River Site and ship out of state a batch of radioactive waste that had earlier this year been categorized as less hazardous.

Eight gallons of Defense Waste Processing Facility recycle wastewater has been trucked to western Texas, to a Waste Control Specialists facility, for commercial treatment and disposal.

There has been no blowback from the Lone Star State, according to DOE Under Secretary for Science Paul Dabbar, who spoke with the Aiken Standard on Thursday. By all accounts, the under secretary said, the pioneering venture was successful.

"The team did a remarkable job of putting together that program, figuring out which material to get, figuring out how to get it out of the tank and ship it off," Savannah River Site manager Michael Budney said. "So well done there."

The wastewater – the product of normal operations at DWPF, where nuclear sludge is encased in glass, rendering it safer for long-term storage and handling – represents the first real-world application of the Energy Department’s revised definition of high-level radioactive waste, toxic material considered too dangerous to be kept anywhere but deep underground.

For years, the department defined waste by its source. Critics denounced that approach as unscientific and archaic.

“The radiological content of what it was, what it is, was not the determining factor,” Dabbar said Thursday. “It just happened to be from which building it came from, which process it came from.”

Under the reinterpretation, the Defense Waste Processing Facility wastewater, plucked from an underground tank at the Savannah River Site, was reclassified as low-level waste.

Characterizing a waste chiefly by its contents – by its radioactivity and the health risks it poses, among other factors – aligns the U.S. with international standards. It could also begin to solve a nationwide nuclear-waste conundrum engendered by a lack of repositories like the always-controversial Yucca Mountain.

Though 8 gallons is tiny step forward in terms of volume, Dabbar said, "it’s a very large step that opens the structure of doing it and proving that we could do it. And it was really important for us to show the state of South Carolina that we could do something different and actually get something shipped out of state.”

Energy Department environmental reviews initially considered the disposal of 10,000 gallons of grouted wastewater. The 8 gallons, a senior DOE official has said, is a start.

Both Citizens for Nuclear Technology Awareness and the Savannah River Site Community Reuse Organization backed the high-level radioactive waste reinterpretation. The Savannah River National Laboratory supported it, as well, according to a letter reviewed by the Aiken Standard.