A drawing of a daggernose shark by Muller & Henle is pictured. 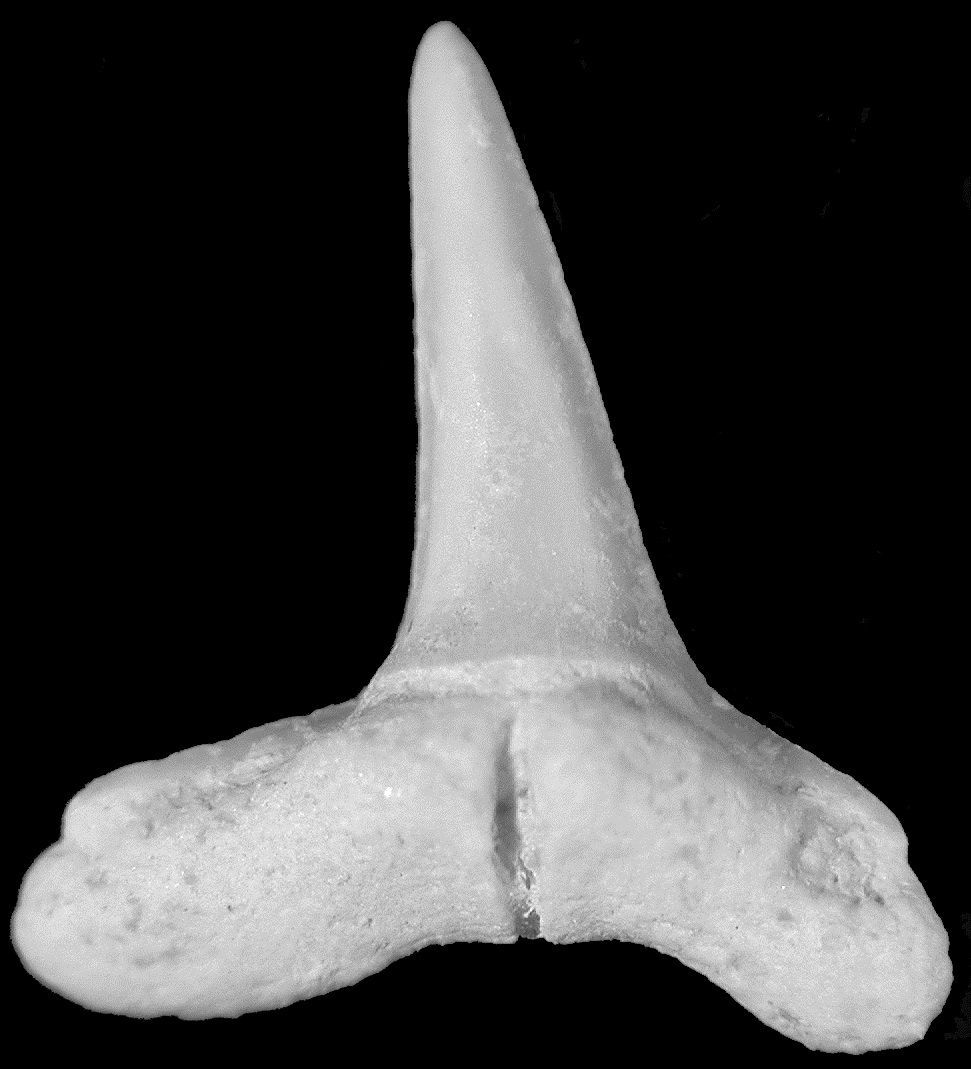 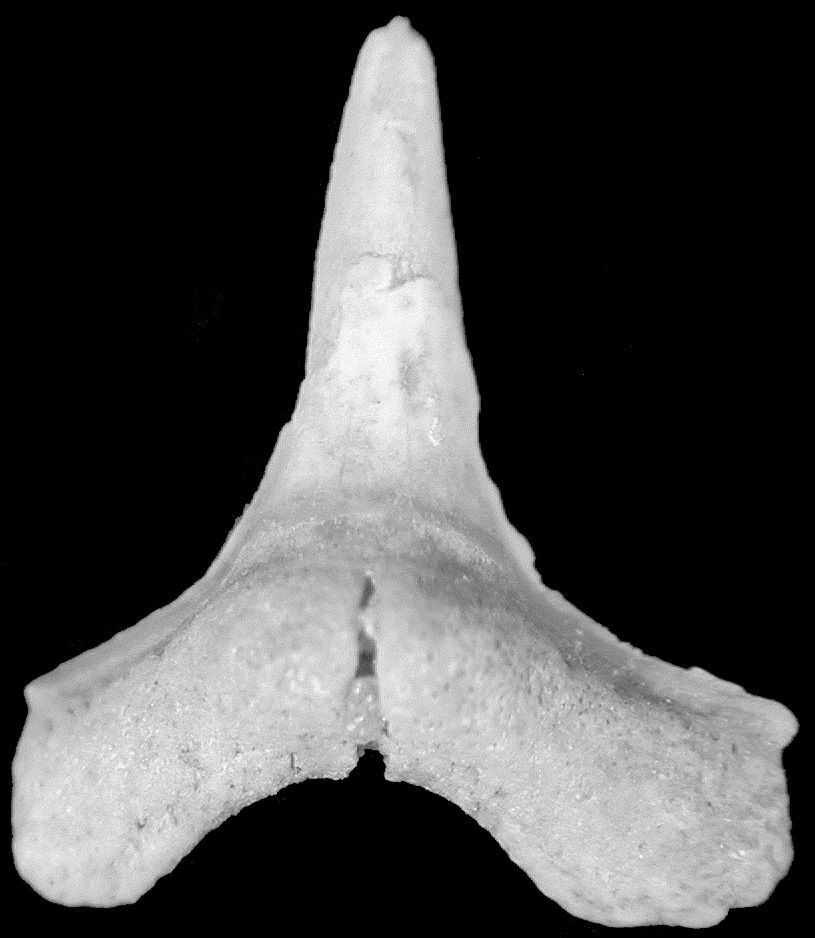 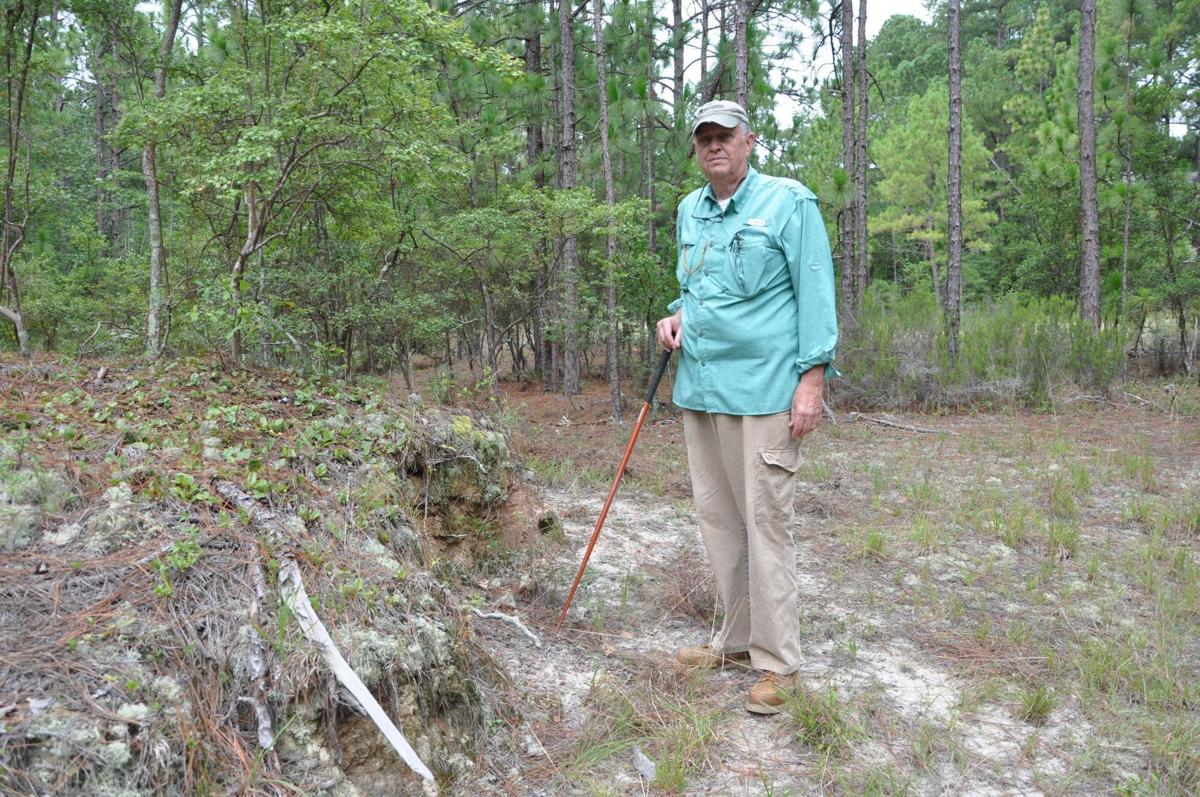 Jim Knight stands at a site on Aiken's Southside where the fossilized teeth of a new species of shark were found. 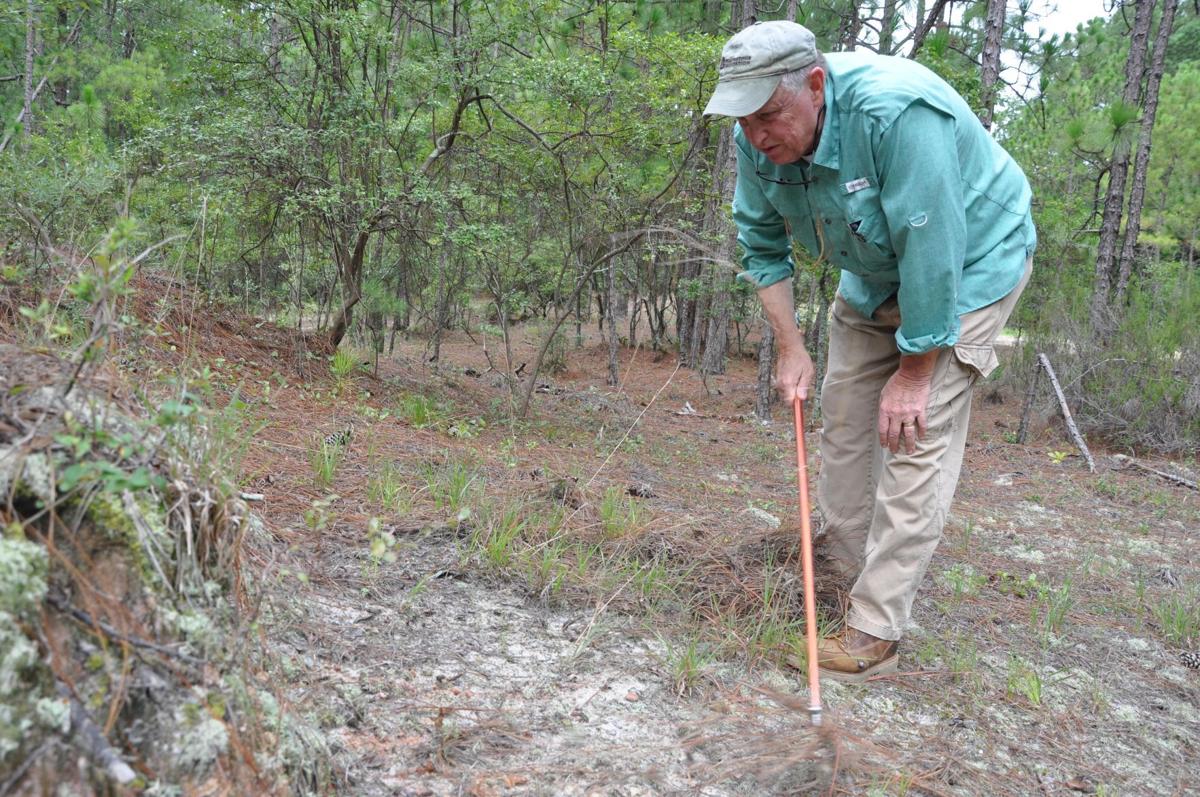 Jim Knight looks for fossils at a site on Aiken's Southside where the teeth of a new species of shark were found.

A drawing of a daggernose shark by Muller & Henle is pictured.

Jim Knight stands at a site on Aiken's Southside where the fossilized teeth of a new species of shark were found.

Jim Knight looks for fossils at a site on Aiken's Southside where the teeth of a new species of shark were found.

More than 30 million years ago, scientists believe that 20 to 30 feet of salt water covered Aiken and much of the surrounding area.

In that sea swam sharks, rays and other creatures, and their fossilized remains can be found here today.

Jim Knight, an Aiken resident, teamed up with Dave Cicimurri to study to those prehistoric animals.

One of the sharks they identified wasn’t previously known to science, and they named it in honor of Aiken and Aiken County.

Information about Knight and Cicimurri’s discovery is included in a scientific paper they wrote that was published earlier this year in PaleoBios, a journal produced by the University of California Museum of Paleontology.

The title of the paper is “Late Eocene (Priabonian) Elasmobranchs from the Dry Branch Formation (Barnwell Group) of Aiken County, South Carolina, USA.”

An elasmobranch is a cartilaginous fish from a group made up of sharks, rays and skates.

“Anytime you can increase the knowledge of paleobiodiversity, it is exciting,” Knight said. “Something like this is what taxonomists and morphologists look for.”

Based on the fossilized teeth they examined, Knight and Cicimurri believe Isogomphodon aikenensis was similar to the modern day daggernose shark, which lives in the shallow tropical waters off of northeastern South America.

The modern daggernose has an elongated, flattened and pointed snout. Its pectoral fins are large and shaped like paddles, and its eyes are small.

Isogomphodon aikenensis adults probably were about “5 feet or so” long, which is about the size of a modern daggernose, Cicimurri said.

The Isogomphodon aikenensis teeth studied by Knight and Cicimurri were thin and small.

They generally measured less than 5 millimeters in height, but some were as big as 7 millimeters, or a little over a quarter of an inch tall.

Isogomphodon aikenensis “didn’t grab and tear off big chunks of meat like a great white shark does,” Cicimurri said. “It probably ate little fish and grabbed them with its small needle-like teeth. Then it gulped them down. It didn’t chew its food.”

So far, remains exactly like those of Isogomphodon aikenensis haven’t been found anywhere else in the world.

“It’s possible that people will come across them if they look in other areas of South Carolina or other places in the Southeast,” Cicimurri said. “From what I’ve seen of sharks and rays in that time period, they were pretty widely distributed, at least in the Southeast. So a lot of things we find here you can also find down in Georgia or over in Alabama and Mississippi. I wouldn’t be surprised if they popped up somewhere else.”

The Isogomphodon aikenensis teeth are among the several thousand fossils from the Aiken area that Knight and Cicimurri have scrutinized.

Knight, his family and Cicimurri collected most of them.

“Many years ago, when I was still working at the Savannah River Ecology Lab, we were doing alligator surveys by helicopter,” Knight said. “We couldn’t refuel at the Savannah River Plant (now known as the Savannah River Site), so we had to fly clear up to the Aiken airport to refuel. Every time we did that, we would follow Highway 1 north, and we flew over this little badlands area in an old kaolin pit on the west side of the road, about a mile or two south of the airport.”

When Knight and his family went out there and looked around, they found fossils.

“Then I got word about a site in South Aiken, when I was working at the State Museum,” Knight said.

He checked it out and picked up fossils like the ones discovered north of Aiken.

The Isogomphodon aikenensis teeth studied by Knight and Cicimurri while writing their paper were from Aiken’s Southside, but the same type of teeth also were found at the other site.

Cicimurri and another colleague who has studied the fossils also identified a new species of ray and named it Pseudaetobatus undulatus.

Turtle, crocodilian and bony fish fossils also have been collected from the two sites in the Aiken area.

In all, Knight and Cicimurri identified 17 species of sharks and seven species of rays in the paper they wrote that appeared in PaleoBios.