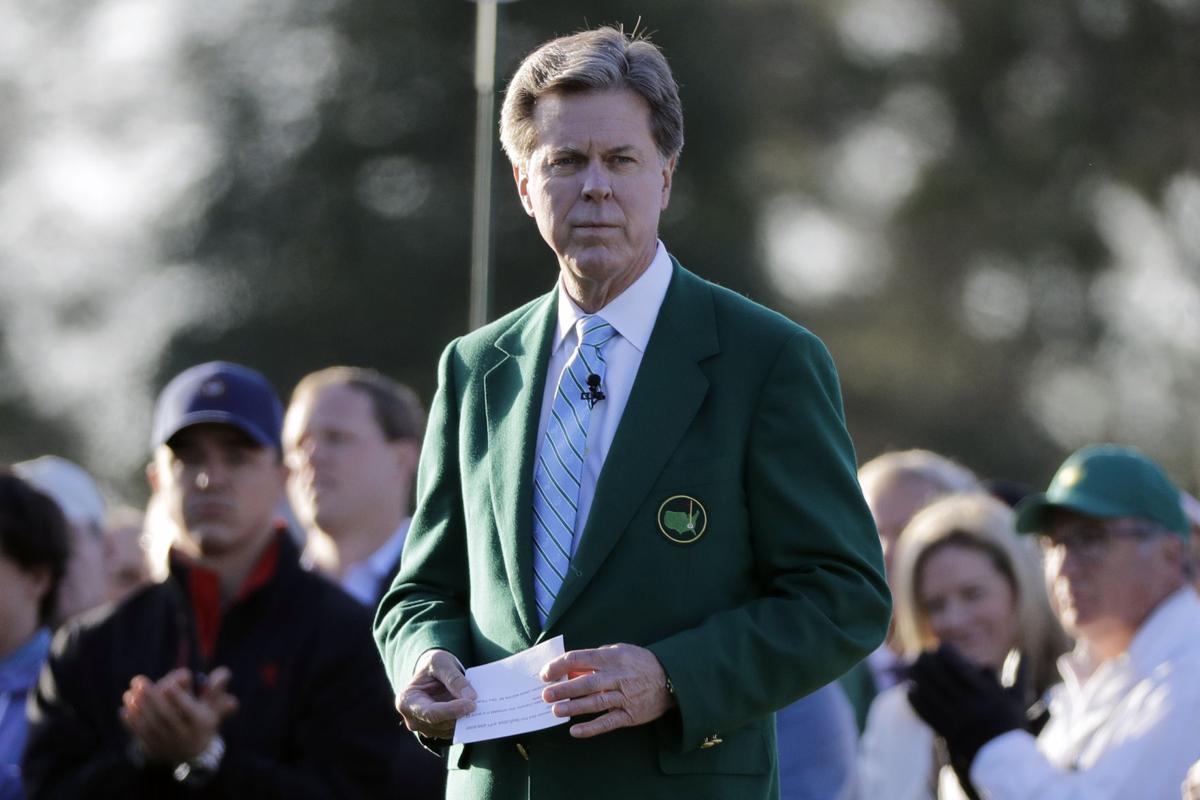 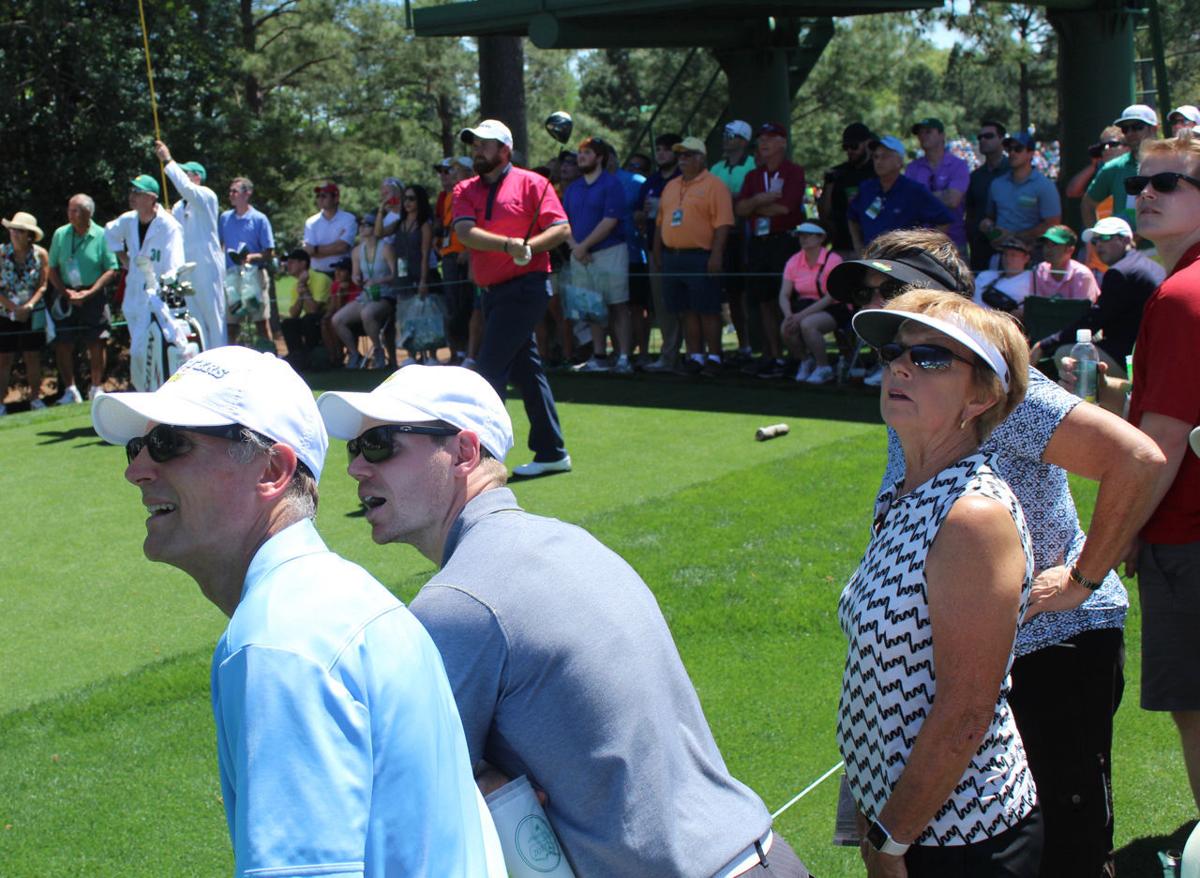 At the 18th tee, fans stare at a tee shot hit by Steve Lowery, back center, during a practice round at a previous Masters Tournament at Augusta National Golf Club. The 2020 Masters will be held in November and will have no spectators. 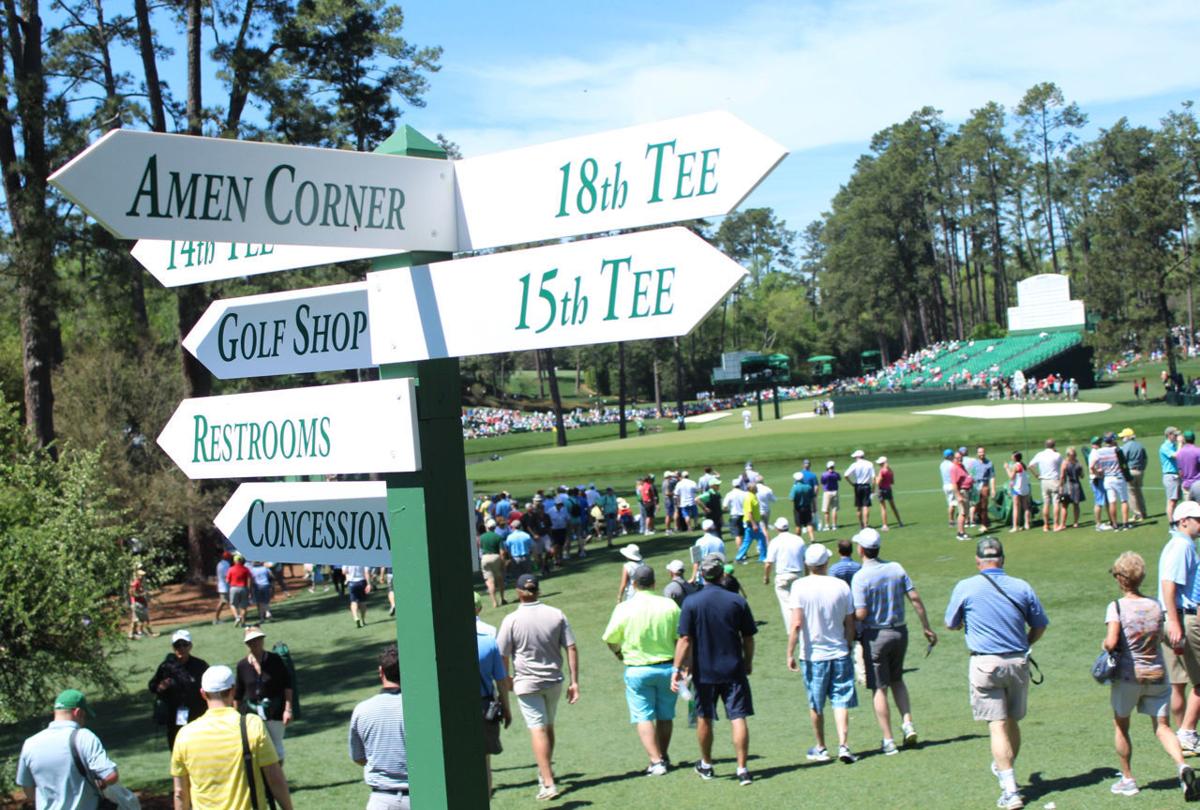 Fans make their way to the 15th green at Augusta National Golf Club during a practice round for a previous Masters Tournament. This year's tournament will be played in November and will have no spectators.

At the 18th tee, fans stare at a tee shot hit by Steve Lowery, back center, during a practice round at a previous Masters Tournament at Augusta National Golf Club. The 2020 Masters will be held in November and will have no spectators.

Fans make their way to the 15th green at Augusta National Golf Club during a practice round for a previous Masters Tournament. This year's tournament will be played in November and will have no spectators.

Get ready for a Masters Tournament unlike any other.

The golf tournament will go on as planned for November but without patrons or guests, Masters and Augusta National Golf Club Chairman Fred Ridley announced Wednesday.

The 2020 Masters, already delayed by several months, will be the first time the event is played without any spectators in attendance.

"That will be eerie," Aiken golfer Kevin Kisner, who will play in his fifth Masters, said via text.

There will be no roars at Amen Corner, no deafening applause at the 18th hole and no watching the leaderboards around Augusta National Golf Club.

At least not from the patrons, many who make the pilgrimage to Augusta each year and help make the Masters “a tradition unlike any other,” the catchphrase often associated with the event.

“Since our initial announcement to postpone the 2020 Masters, we have remained committed to a rescheduled tournament in November while continually examining how best to host a global sporting event amid this pandemic,” Ridley said in a prepared statement. “As we have considered the issues facing us, the health and safety of everyone associated with the Masters always has been our first and most important priority.”

In a separate email to series badge holders, Augusta National announced that annual patrons will have "exclusive access to purchase Masters merchandise online." Additional information, including when and how to access this shopping experience, will be provided in the coming weeks, according to the email.

Also, all 2020 badge payments will be transferred to the 2021 Masters Tournament, the club said. Patrons can keep this year's badges to Augusta National as a souvenir, and no action is required at this time.

As the global coronavirus pandemic has affected sports all over the world, the news wasn’t entirely unexpected. The PGA Tour hit the pause button in March and didn’t resume until June. Plans to have fans attend events were quickly scrapped.

The Masters, traditionally held the first full week of April, was first put on hold in mid-March as concerns over the spread of COVID-19 escalated. On April 6, which would have been the first practice round day, Ridley announced that the tournament would be held Nov. 12-15.

The absence of patrons won't be the only change. The Masters has been played in the spring since it began in 1934, save for the interruption caused by World War II. The beauty of the course, with azaleas and dogwoods in bloom, is almost as famous as the high quality of golf that produces memorable roars each year.

“Even in the current circumstances, staging the Masters without patrons is deeply disappointing. The guests who come to Augusta each spring from around the world are a key component to making the tournament so special. Augusta National has the responsibility, however, to understand and accept the challenges associated with this virus and take the necessary precautions to conduct all aspects of the tournament in a safe manner. We look forward to the day when we can welcome all of our patrons back, hopefully in April 2021,” Ridley said.

“We appreciate the support and patience of all those we serve – including the Augusta community, our corporate and broadcast partners and our friends in golf – as we continue to plan for this historic event.”

The PGA Championship, contested last week, was the first major of the year and was played in San Francisco without spectators. The U.S. Open is scheduled for September at Winged Foot near New York City and also will not have fans. Golf’s other major, the British Open, was canceled this year.

The Augusta National Women’s Amateur, a new event started just a year ago, and the Drive, Chip and Putt National Finals were both canceled previously this year. Both are scheduled to be held prior to the 2021 Masters.

The ticket lottery for the women's amateur and the Drive, Chip and Putt have already been held and those who will receive tickets to those events have been notified.

Additional information regarding 2021 Masters badges will be sent to series badge holders in January.