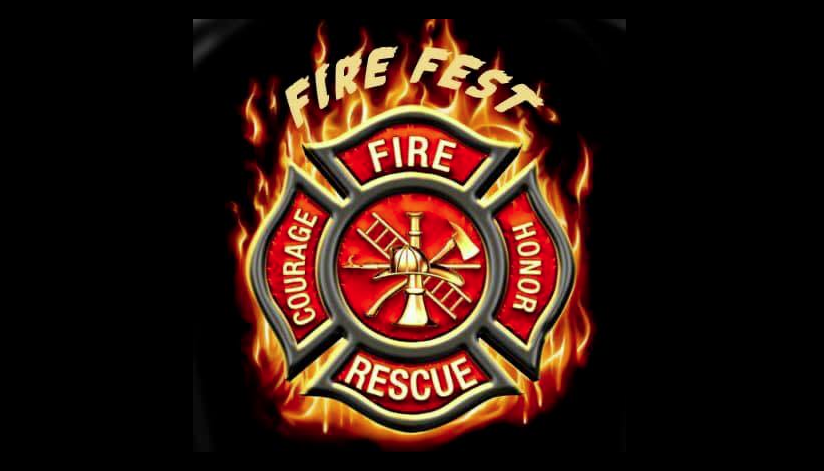 Fire Fest, a project of the fire departments of Wagener and New Holland, is to take place Sept. 11 in Ponder Park, behind Wagener's fire station, at 299 Park Street NE. Events are to run from about 7:30 a.m., with prayers offered by a variety of local pastors, and running into a string of afternoon and evening musical performances by such entertainers as Chapel Hart, Cody Webb and Anybody's Guess. 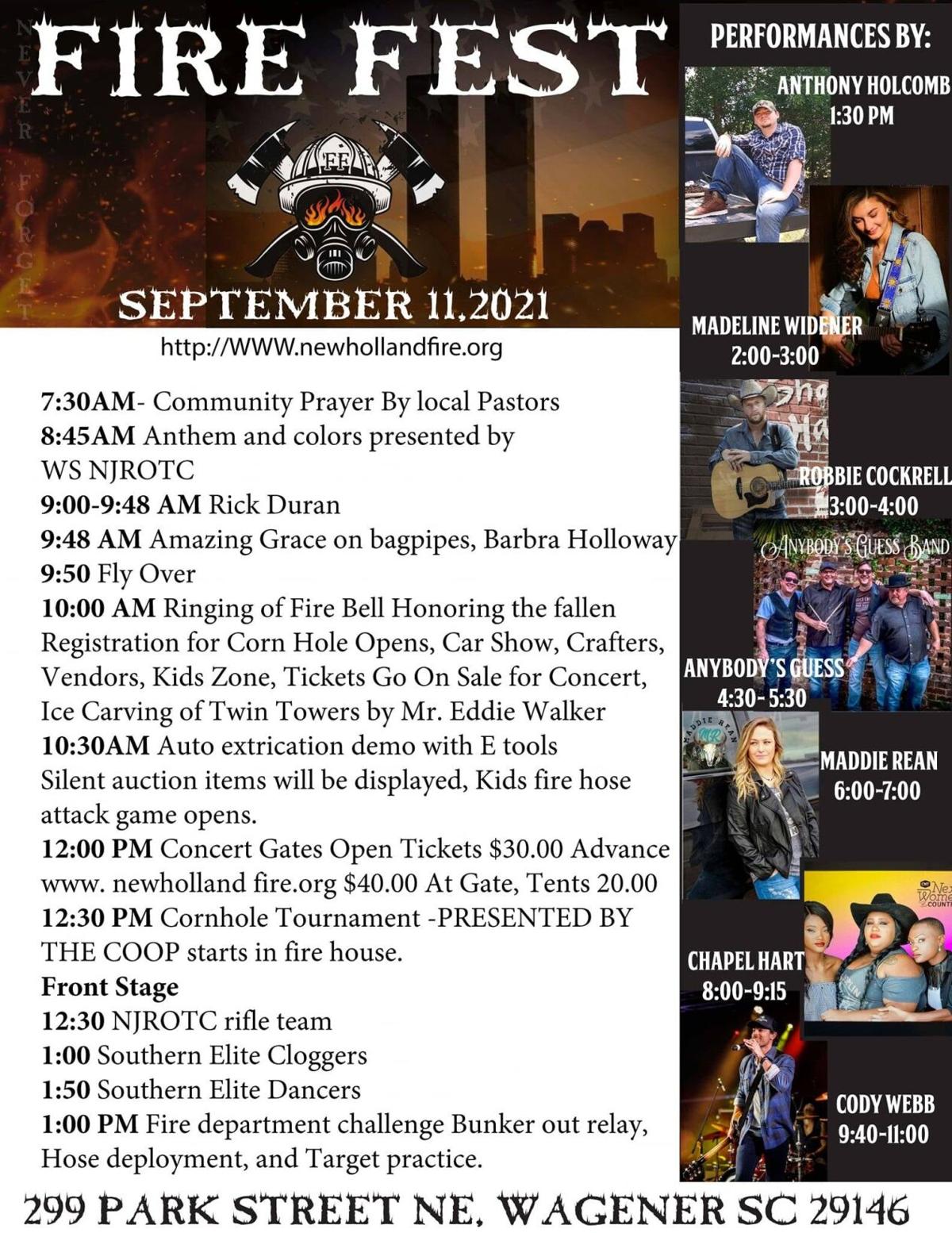 WAGENER — Plans are in place for an all-day gathering in Wagener to mark the 20th anniversary of the Sept. 11 terrorist attacks with prayer, music and a fair-style environment in a park that is now in its final stages of development.

Fire Fest, a project of the fire departments of Wagener and New Holland, is to take place in Ponder Park, behind the town's fire station, at 299 Park St. N.E. Events are to run from about 7:30 a.m. with prayers offered by a variety of local pastors, and running into a string of afternoon and evening musical performances by  entertainers such as Chapel Hart, Cody Webb and Anybody's Guess.

Dennis Jackson, chief of the New Holland volunteer fire department (VFD), said the point is "memorializing the events of 9/11, remembering ... 20 years ago that day ... and honoring the people that lost their lives that day, and then after that, it's about bringing our community back together."

Attractions will include a water slide, bounce houses, car clubs, cornhole competition, pony rides, a petting zoo and a fly-over. Admission is free for the festival and $30 in advance and $40 at the gate for the musical portion of the event (1:30 p.m. to about 11:30 p.m.).

One of the high-profile visitors is Rick Duran, a retired New York Fire Department chief who was in the city on the day of the terrorist attacks. He is to speak at 9 a.m., sharing his memories of the fateful day.

A bagpipes rendition of "Amazing Grace" is also planned along with performances by Madeline Widener, Anthony Holcomb, Maddie Rean and the Robbie Cockrell Band.

The host site itself is a new feature in Wagener, having taken shape over the past year on land partially provided through a variety of donations. It is named in honor of the couple who donated much of the land.

The Fire Fest largely came from conversations Jackson had with David Watson, chief of the Wagener VFD, Jackson said.

"The prayer is going to consist of praying for the victims that were lost of 9/11, our community, and our country as a whole, because we need to be healed; and that's basically how this whole thing came about," he added. "We could tie in memorializing the 9/11 and then also on top of that is having a community event to bring our community back together."

Emergency responders look to the skies in Wagener

He added, "Unfortunately, in our society today, we've got just a country full of hate. There's a lot of people that hate each other, and I'm not sure why, because I don't hate anybody; and we need to learn how to get together and be together and love again."

The event's major sponsor is Tony Jackson Mobile Home Movers. The business' owner and namesake, a 1985 graduate of Wagener-Salley High School, commented on his support.

"The community gave to me. It's time to give back," he said, noting that his business is now in its 20th year and serves not only Aiken County but also much of the surrounding area including Edgefield, Lexington, Richland, Barnwell, Orangeburg, Hampton and Saluda counties, among others.