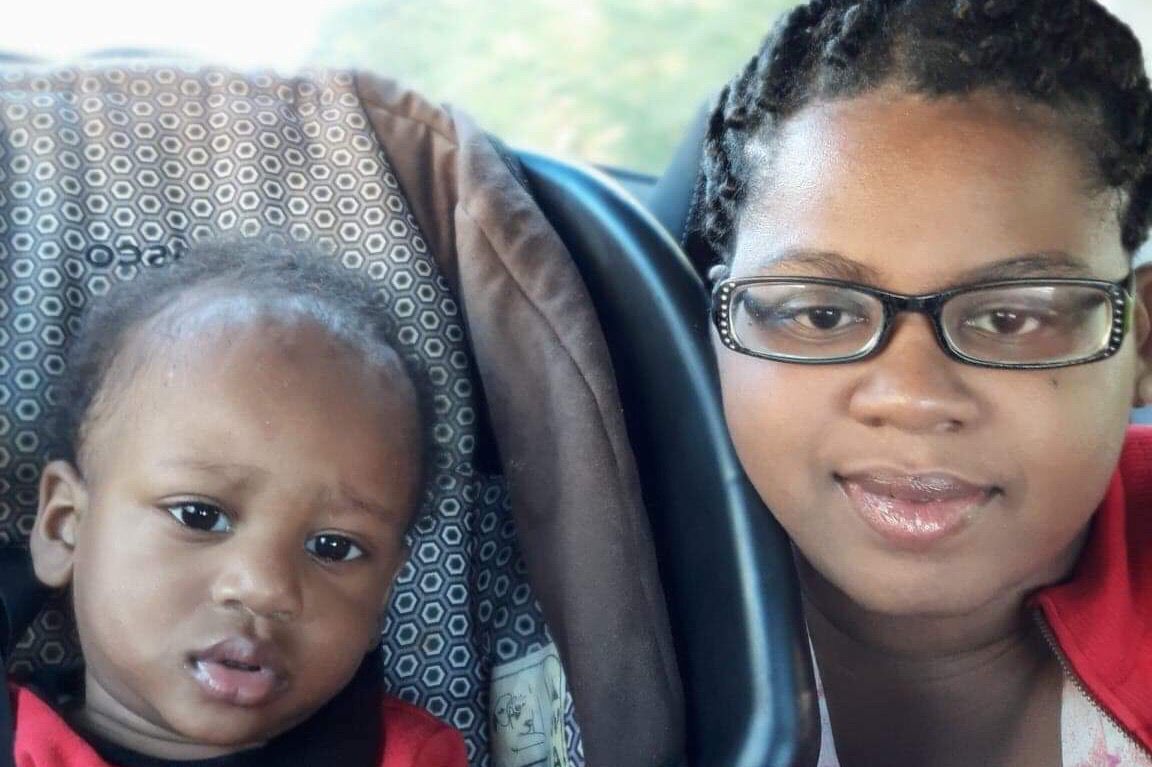 Mel'lisha Jackson and her son, Elijah, are seen in this photo that was posted on GoFundMe by Jackson's sister to raise funds for funeral and recovery expenses. 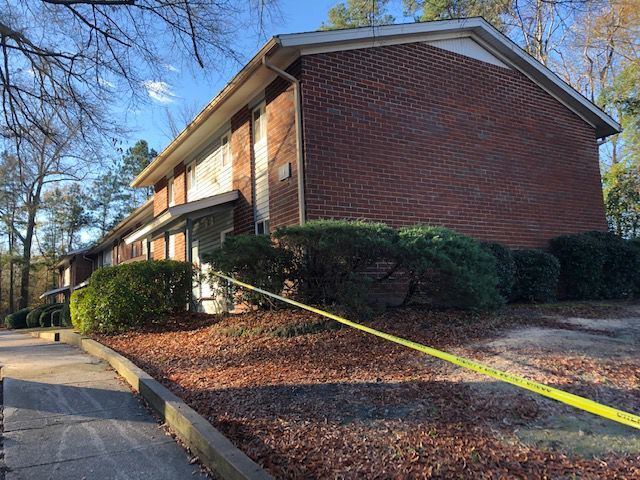 The Aiken County Sheriff's Office responded to a double homicide at Kalmia Apartments in Graniteville the night of Dec. 17, 2019. The shooting resulted in the death of a mother and 1-year-old child. 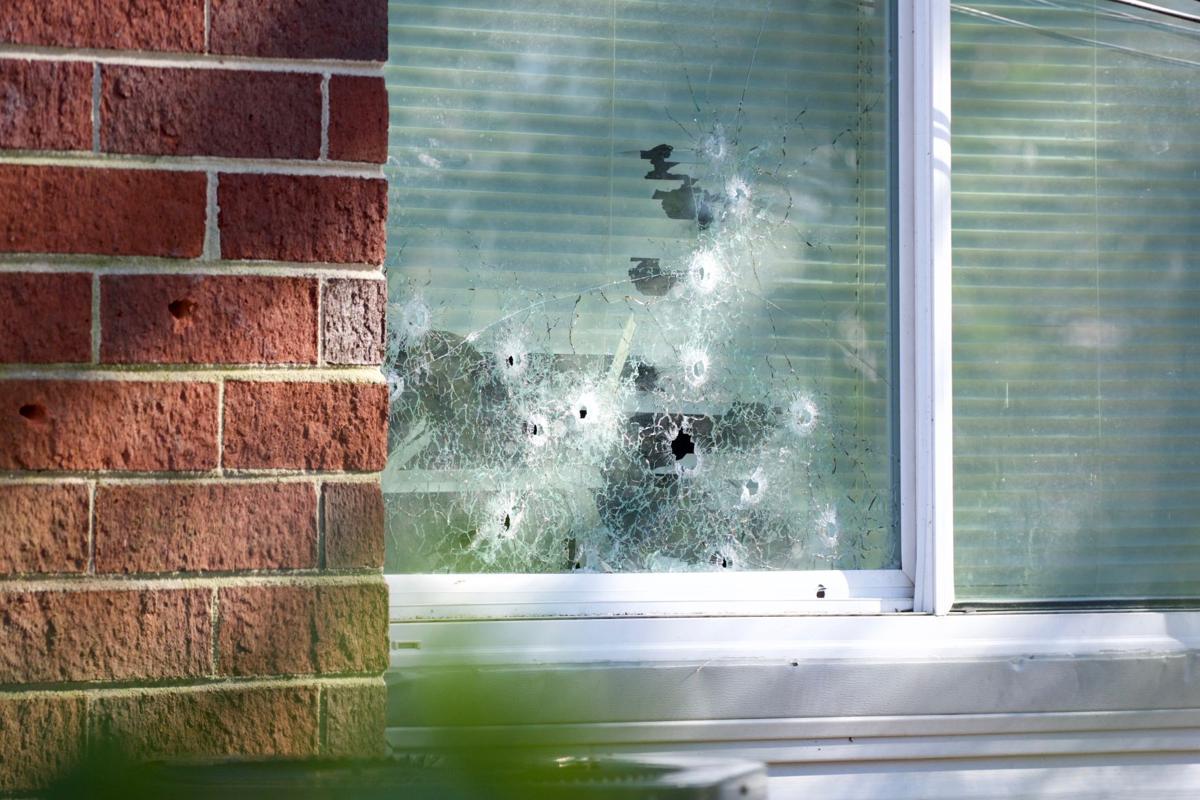 Bullet holes dot the back of the apartment where Mel'lisha Jackson and her son, 1, where shot the night of Dec. 17, 2019. 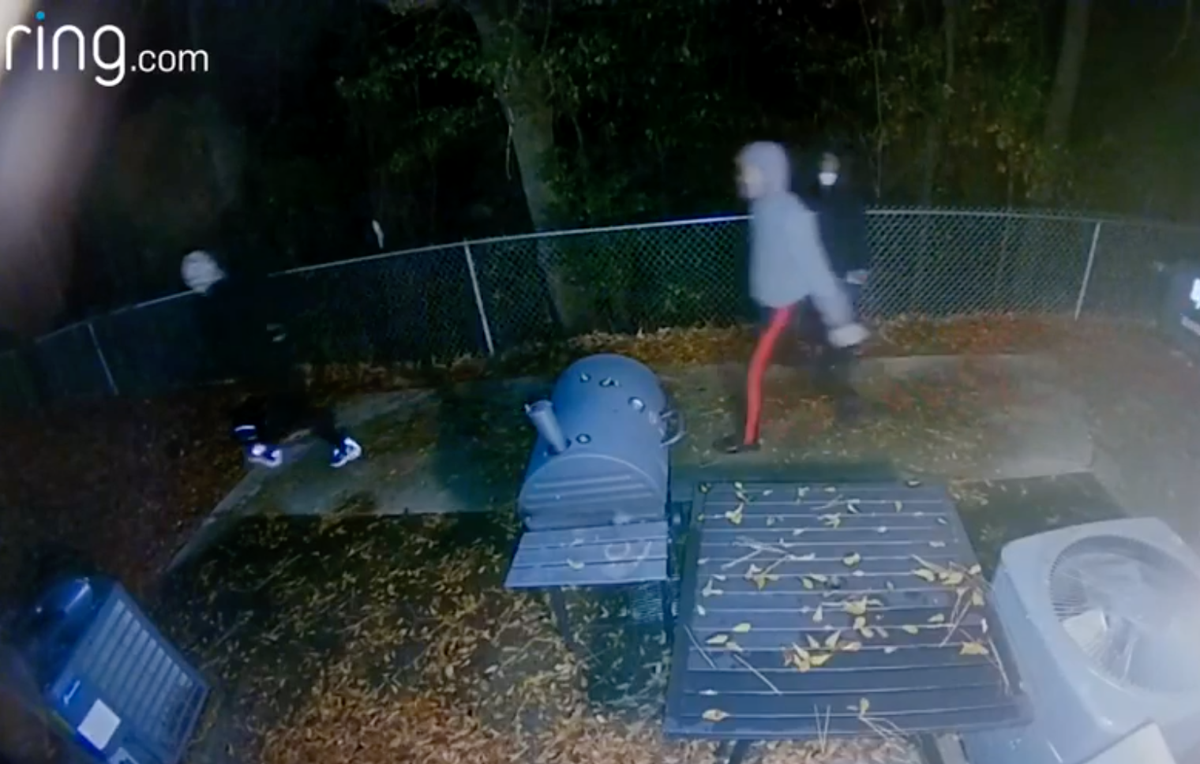 A screen shot of a video release by the Aiken County Sheriff's Office on Dec. 18, 2019 shows three suspect walking behind the Graniteville apartments just before the fatal shooting of Mel'lisha Jackson and her 1-year-old son.

Mel'lisha Jackson and her son, Elijah, are seen in this photo that was posted on GoFundMe by Jackson's sister to raise funds for funeral and recovery expenses.

The Aiken County Sheriff's Office responded to a double homicide at Kalmia Apartments in Graniteville the night of Dec. 17, 2019. The shooting resulted in the death of a mother and 1-year-old child.

Bullet holes dot the back of the apartment where Mel'lisha Jackson and her son, 1, where shot the night of Dec. 17, 2019.

A screen shot of a video release by the Aiken County Sheriff's Office on Dec. 18, 2019 shows three suspect walking behind the Graniteville apartments just before the fatal shooting of Mel'lisha Jackson and her 1-year-old son.

A year has passed since a Graniteville mother and her 1-year-old son were shot in their Aiken County home. One man is facing charges, while two suspects still remain at large and unidentified.

On the night of Dec. 17, 2019, residents of Kalmia Apartments in Graniteville were awakened by the sound of rapid gunfire as bullets flew through the walls of apartment 105.

Deputies with the Aiken County Sheriff's Office rushed to the complex around 11 p.m., according to early reports. There, they found 26-year-old Mel'lisha Jackson shot in the back. She was later pronounced dead at the scene.

Her 1-year-old son, Elijah, had suffered at least one gunshot wound to the “stomach area,” an incident report by the Sheriff's Office reads. He was rushed to the hospital for emergency medical treatment; however, he would later die.

Three other family members were also in the home at the time of the shooting, the Sheriff's Office reported.

The next morning, investigators with the Sheriff's Office went to work, attempting to speak to neighbors and any possible witnesses. The back wall of the home remained marked with bullet holes.

The Sheriff's Office obtained surveillance videos recorded by a doorbell video camera that gave deputies their first look at the suspects behind the shooting.

In the first 25-second video, the three suspects seem to walk casually behind the apartments. The shuffling of their feet across concrete patios and the sound of a person's voice can be heard as they pass by the camera.

In addition to the incident at the apartment complex, a second shooting was reported in the area.

According to an additional Aiken County Sheriff's Office incident report, a woman was driving down Kalmia Apartments Drive and turned right onto Hester Street where she saw three people gathered near a white Nissan. The woman then saw “the flash from a gun and heard the shots.”

She drove off, according to the report, and eventually realized her car had been shot several times. Police found three bullet holes in the woman’s car.

At a bond hearing on Dec. 10, Bill Weeks with the Second Judicial Circuit said the three suspects from the double homicide were the same suspects who fired at the vehicle.

Early into the investigation, the Sheriff's Office announced they believed the shooting was gang related. Mel'lisha and her son were not the intended targets.

Aiken County Sheriff Michael Hunt said that although the faces in the videos released were unrecognizable, the clothing the three suspects were seen wearing could help investigators discover identities.

“Somebody has probably seen these people in those clothes last night, yesterday or maybe even today,” Hunt told the Aiken Standard on Dec. 18, 2019.

On Jan. 4, deputies with the Richmond County Sheriff's Office found and arrested Henderson at a home in Augusta. It's investigators' believe he was attempting to evade capture by hiding in the neighboring state.

At Henderson's bond hearing on Dec. 10, Weeks told the court that video footage shows Henderson in his home wearing clothing similar to the clothing worn by one of the suspects in the surveillance video the night of the shooting.

Shell casings located at the crime scene also proved to be additional evidence against Henderson.

Investigators recovered numerous shell casings at the scene, including a 10mm shell casing.

The shell casing matched the casings from a previous shooting involving Henderson who had allegedly returned fire after his house had been struck in a drive-by shooting in Beech Island months prior, Weeks said.

At that time, Henderson reported that he had thrown his gun into a wooded area behind his house. Investigators were never able to locate the gun.

The S.C. Law Enforcement Division reported the shell casings found at both scenes had been fired from the same gun. Henderson's legal representative is expected to hire a forensics firearm expert to make a determination on the shell casings.

After his bond hearing, Henderson maintained his innocence, and did not make any statements at the hearing.

The Aiken County Sheriff's Office could not confirm if Henderson has assisted investigators in identifying the other two suspects. He continues to be held in the Aiken County detention center.

A cry for answers echoed throughout the community. Bethlehem Baptist Church in Graniteville, where the Jacksons attend church, held a candlelight vigil on the night of Christmas Eve 2019.

“I say this and I want somebody to run and tell it,” Pastor James Abraham of Bethlehem Baptist Church in Graniteville said on Dec. 24, 2019. “Anybody that knows anything about this crime and would sit on your hands and not share it with law enforcement, shame on you. Come forward and make sure we get justice for Mel’lisha and Elijah.”

Now a year later, the cry for answers still continues.

Although the Sheriff's Office has received information from the community, it hasn't been enough to "close in" on those involved. Abdullah said the department is sure there is an individual or individuals who has information that will lead to identifying the other two suspects.

Abdullah urges the community to "keep the tips coming." No matter how small, every bit of information helps, he said.

"It is always our greatest hope to take this case to its fruition where all three suspects are being held accountable," Abdullah said. "We’re doing our due diligence in this case to try to be the voice for a mother and her child. We also know that there is a community that is equally trying to be a voice for that mother and her child, as well; and we just ask any witnesses that have any information to come forward and be that voice, as well."

Anyone with any information is urged to call the Aiken County Sheriff's Office at 803-648-6811.

Anonymous tips can be provided through Midlands CrimeStoppers. A tip could earn a cash reward of up to $1,000 for information leading to the arrest of the person(s) responsible for any crime.