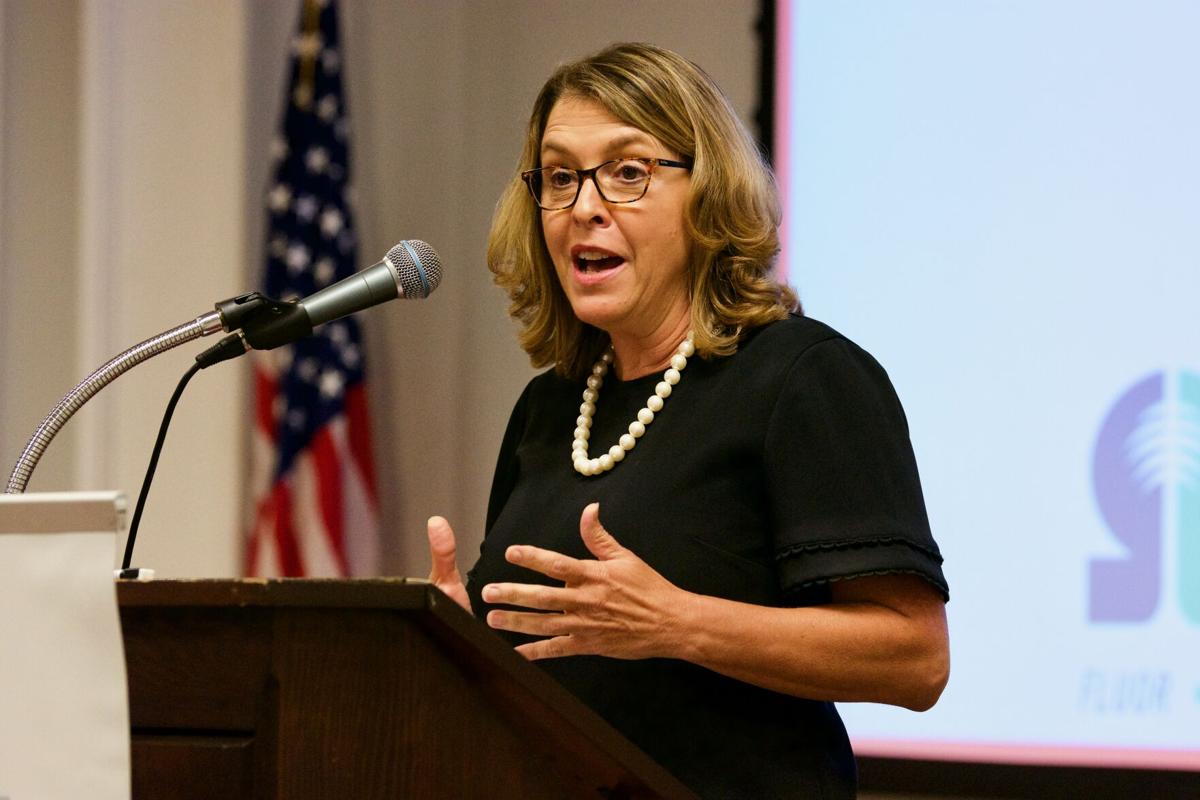 P.J. Browning, the publisher of The Post and Courier in Charleston and the president of the Evening Post Industries newspaper division, speaks Tuesday at Newberry Hall in Aiken. (Colin Demarest/Staff) 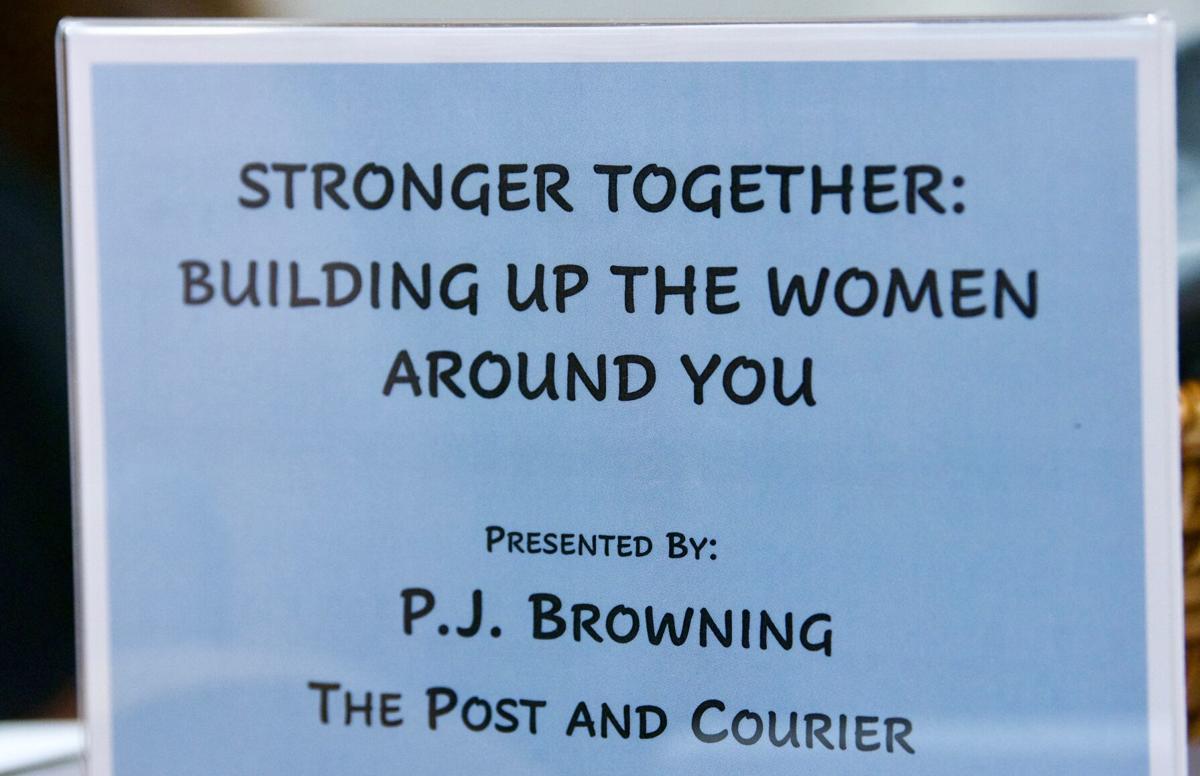 The Aiken Chamber of Commerce's Women in Business luncheon on Tuesday focused on how women could — or should — support other women in the workforce. (Colin Demarest/Staff)

P.J. Browning, publisher of The Post and Courier in Charleston and president of the Evening Post Industries newspaper division, in a speech Tuesday emphasized the importance of women supporting women in the workplace and addressed the lopsided challenges so often faced by women throughout their careers.

Browning was the guest speaker at the Aiken Chamber of Commerce’s Women in Business luncheon.

“I will tell you that while I’m very passionate about what I do, the journey’s not always been an easy one,” Browning said at the beginning of her remarks. “That probably puts me on track with most of you in the room.”

The audience comprised dozens of women representing a breadth of industry, business and politics in the greater Aiken County region.

“Historically, our paths have been different than men; our compensation and our opportunities have been different, as well,” she continued. “We’re making very positive strides, but we’re not quite where we need to be, and I think the best way to get there is together. It’s time that we start building on our strengths and we build each other up.”

Browning – who has worked intimately with a handful of accomplished newsrooms and has the accolades to prove it – on Tuesday urged attendees to be courageous in their actions, bold in their choices, warmhearted in their openness and invested in their cooperation.

“From Susan B. Anthony to Sally Ride and beyond, a common thread for women leaders is courage,” Browning said. “It’s not a character trait that is often attributed to women, but it is one that we’ve rightfully earned – and owned – throughout history.”

The importance of mentors and role models and heroes, she added, should not be forgotten.

“Regardless of where you are in your career path,” Browning said, “mentorship has exponential value, and it values all parties involved.”

“If you’re the CEO in a company or just starting your career, make alliances with other women and make an investment in your future,” she said. “Building those working relationships now, and lifting others up, will not only be remembered, but it will be fulfilling.”

Rhonda Overbey, the Aiken Standard’s publisher, described Browning as an inspiration – and friend.

“I've known P.J. for nearly five years now,” Overbey said while introducing the newspaper division chief. “She’s inspirational, she’s an innovative leader in this industry, and she really talks and walks with a clarity of purpose.”

The Aiken Standard is an Evening Post Industries company.

"We’re making very positive strides, but we’re not quite where we need to be, and I think the best way to get there is together. It’s time that we start building on our strengths and we build each other up.”