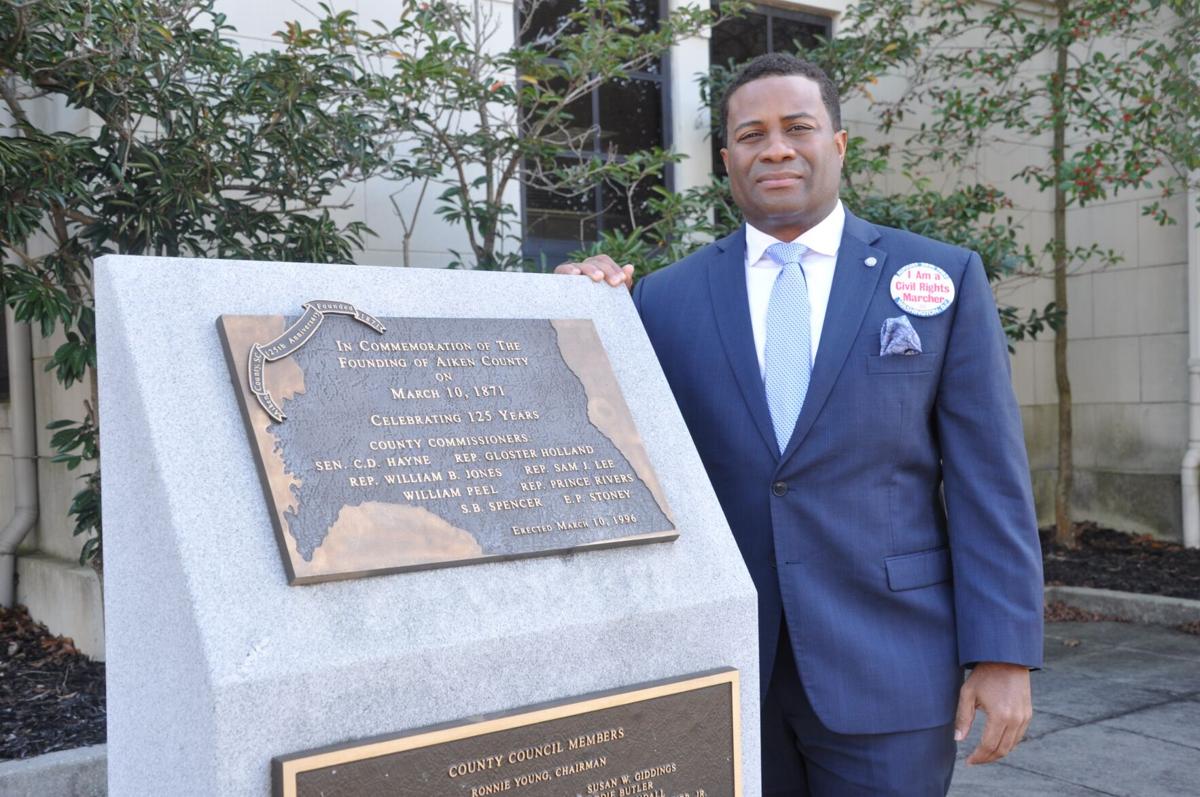 Eugene White, president of the Aiken Branch of the NAACP, is the Aiken Standard's Person of the Year for 2020. He said his civil rights work is a marathon, not a sprint, and has offered specific recommendations for effecting change locally to prevent injustice. 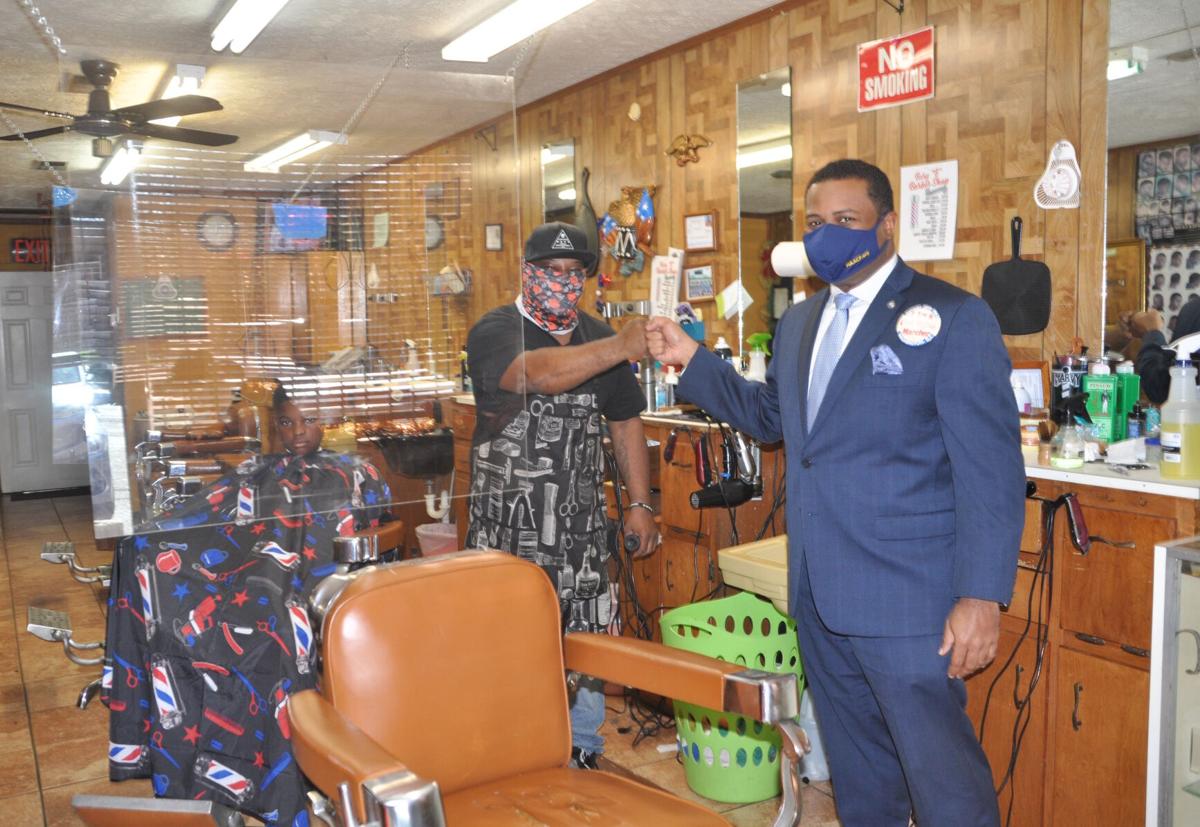 Eugene White, right, president of the Aiken Branch of the NAACP and the Aiken Standard's Person of the Year for 2020, said he always enjoys stopping by the Busy Bee barber shop in Aiken. 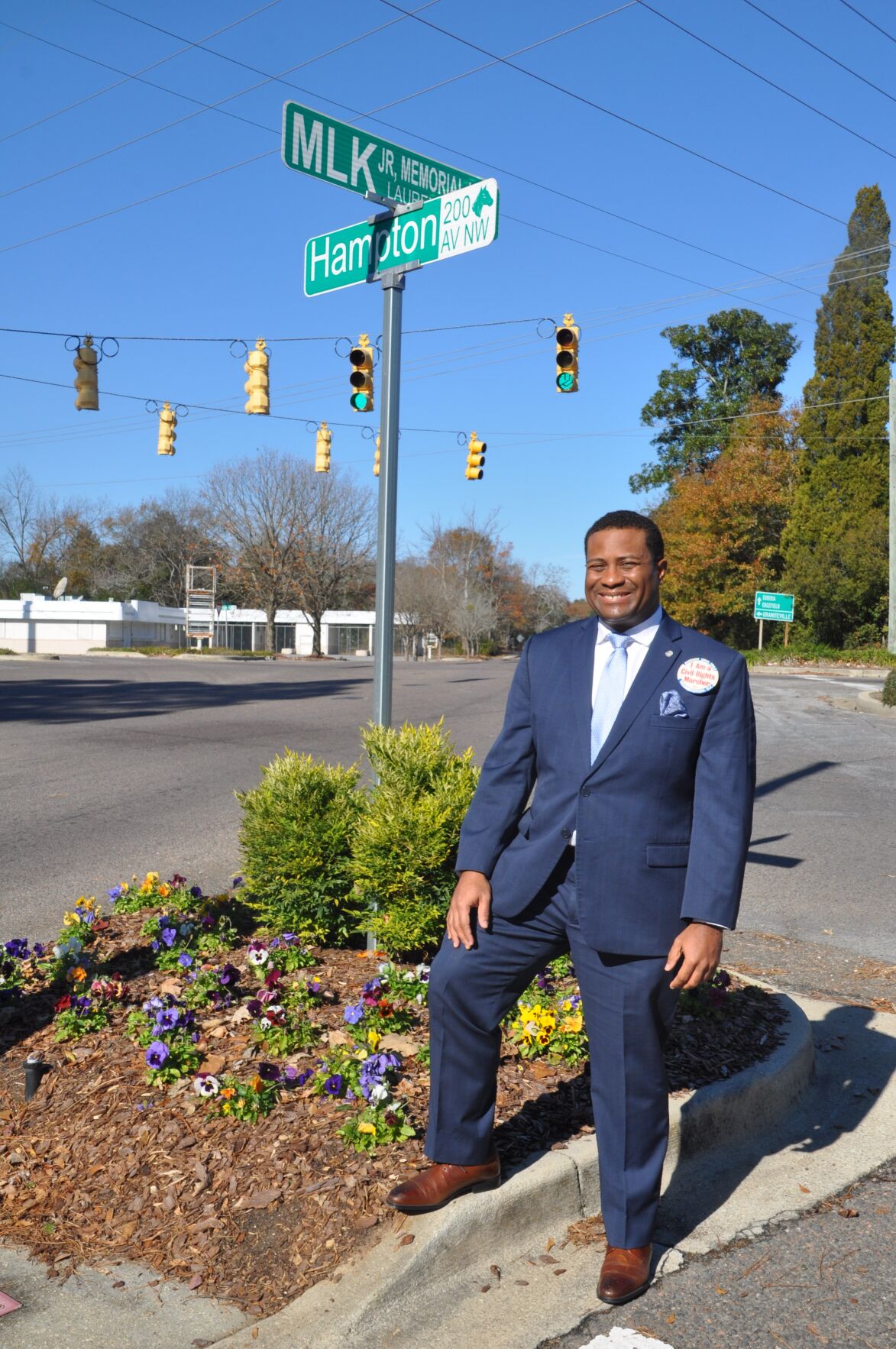 Eugene White, president of the Aiken Branch of the NAACP, is the Aiken Standard's Person of the Year for 2020.

Eugene White, president of the Aiken Branch of the NAACP, is the Aiken Standard's Person of the Year for 2020. He said his civil rights work is a marathon, not a sprint, and has offered specific recommendations for effecting change locally to prevent injustice.

Eugene White, right, president of the Aiken Branch of the NAACP and the Aiken Standard's Person of the Year for 2020, said he always enjoys stopping by the Busy Bee barber shop in Aiken.

Eugene White, president of the Aiken Branch of the NAACP, is the Aiken Standard's Person of the Year for 2020.

During a 12-month cycle disrupted by the global novel coronavirus pandemic, civil unrest nationally and violence, there was a great need for people to step up, take charge and provide guidance.

Eugene White, 46, is among those who did, and that is why the president of the Aiken County Branch of the NAACP is the Aiken Standard’s Person of the Year for 2020.

To describe White, Osbon used the following quote from President Harry S. Truman in an email sent to the Aiken Standard: “It is amazing what you can accomplish if you do not care who gets the credit.”

White is a "leader in our community whose words and actions speaks volumes, but he selflessly does not desire attention or credit, only results,” Osbon wrote. “Under Eugene’s leadership, the Aiken County NAACP has successfully led change in our community. They have led change by identifying areas that can and should be improved. Eugene does not come presenting demands. Instead, he brings to the table a path forward.

“Eugene has demonstrated time and time again the significance that personal relationships bring to successfully dealing with important issues,” Osbon continued. “We often say, ‘Tough conversations are not difficult when you are in the practice of good communication.’ I am proud to call Eugene White a friend, and I thank him for all he does to make our city a better place.”

In early June, the City of Aiken held a press conference in reaction to the nationally publicized deaths of several Black people, including George Floyd and Breonna Taylor, which horrified and angered many.

Floyd died May 25 while being arrested in Minnesota. A Minneapolis police officer pressed a knee into Floyd’s neck while his hands were cuffed behind his back and he was lying facedown on the ground.

Policemen, who had a no-knock warrant, fatally shot Taylor during a raid on her apartment in Louisville, Kentucky, on March 13.

White was among the speakers who addressed those tragedies during the City of Aiken’s event at the Lessie B. Price Aiken Senior and Youth Center.

As part of his talk, he offered specific recommendations for effecting change locally to prevent injustice.

One was to require every law enforcement agency in Aiken County to have a citizens review board with subpoena power.

Another was to take “a hard look” at local law enforcement’s use-of-force policies.

“If, in our evaluation, we find things like chokeholds and knee holds and other techniques that, if used improperly, can hurt someone, (then) let’s evaluate those and train our officers how to handle them in another way,” White said.

He also suggested a ban of no-knock warrants, which allow police officers to enter a home without announcing their presence beforehand.

In addition, “let’s ban the boxes for employment applications in the city and the state,” White said. “Statistics show that African Americans have an exponentially harder time in applying for and winning a job offer and position, and it’s even more the case if you have a unique name,” he continued. “And you dig yourself even deeper in the hole when you have to mark a box that says, ‘I’ve been a felon.’ Let’s take that box away.”

Looking back on that speech recently and the ideas he wanted to express, “I saw myself really as kind of like the guardian of the castle that is Aiken County,” he said. “There were so many things that were going on thousands of miles away – cities burning, unrest and anger. I didn’t want them to happen here, so I tried to change the emotion into a movement to do things that could make Aiken County better.”

In July, Aiken City Council unanimously approved a “ban the box” resolution. The Aiken Standard reported in October that the city of North Augusta also was going to “ban the box.”

White said there were constructive discussions with City of Aiken officials about the existing Citizens Review Board and the Aiken Department of Public Safety’s use of force policy.

“I feel like the Citizens Review Board is in a comfortable place,” White said. “We actually had a new set of eyes take a look at it and decide, ‘This one is OK.’”

White also was happy with how an evaluation of the use of force policy went. It led to some adjustments and clarifications.

Aiken Department of Public Safety Chief Charles Barranco called White “a man of character” who “wants what is best for Aiken” in a telephone interview.

"There was a lot of discussion about our responses to resistance or what people normally call use of force,” Barranco said. “We didn’t change any of our practices, but we went through it and added stuff that we already were doing in our training to make it more clear.”

Barranco also congratulated White on his Person of the Year honor, and added, “I look forward to continuing to work with him.”

In the city of North Augusta, the use of force policy “is very in line with Aiken’s, and we have determined that it is adequate,” White said.

He believes city leaders have been receptive to the concept of a Citizens Review Board.

“Our meetings have been very positive,” White said. “We’ll see how everything shakes out.”

White plans to discuss “ban the box,” use of force and citizen review boards with leaders in other Aiken County municipalities in the future.

He also wants to talk to Aiken County Sheriff’s Office officials about issues.

“This is a long, hot, sweaty marathon as opposed to a 100-yard sprint,” White said. “We know we are going to be in it for the long haul because the civil rights movement took years and years in order to work. Our goal is to build lasting change.”

“That one got done for us, but we don’t know how long it is going to last,” White said.

Meanwhile, White and his colleagues were involved in other efforts this year, including the registration of voters.

The NAACP’s Aiken County Branch also teamed up with Netgear to provide Aiken County students in need and those in other locations with 500 hotspots to make remote learning easier during the pandemic.

Locally, shooting deaths attributed to gang violence have been another concern in 2020. In response, the Aiken County Branch of the NAACP has decided to revive locally its parent organization’s ACT-SO program.

ACT-SO is an acronym that stands for Afro-Academic, Cultural, Technological and Scientific Olympics.

The competition is designed to stimulate and encourage high academic and cultural achievement among Black high school students.

“We want to get kids involved in that competition so they can cultivate their talents as opposed to focusing on other things,” said White, who is program manager for Savannah River Nuclear Solutions at the Savannah River Site.

He was born in New York City but grew up in Aiken County after his parents built a home in Windsor.

A graduate of South Aiken High School, White majored in civil engineering at the University of Washington and then earned an MBA degree from Duke University.

He became the president of the Aiken Branch of the NAACP in 2016.