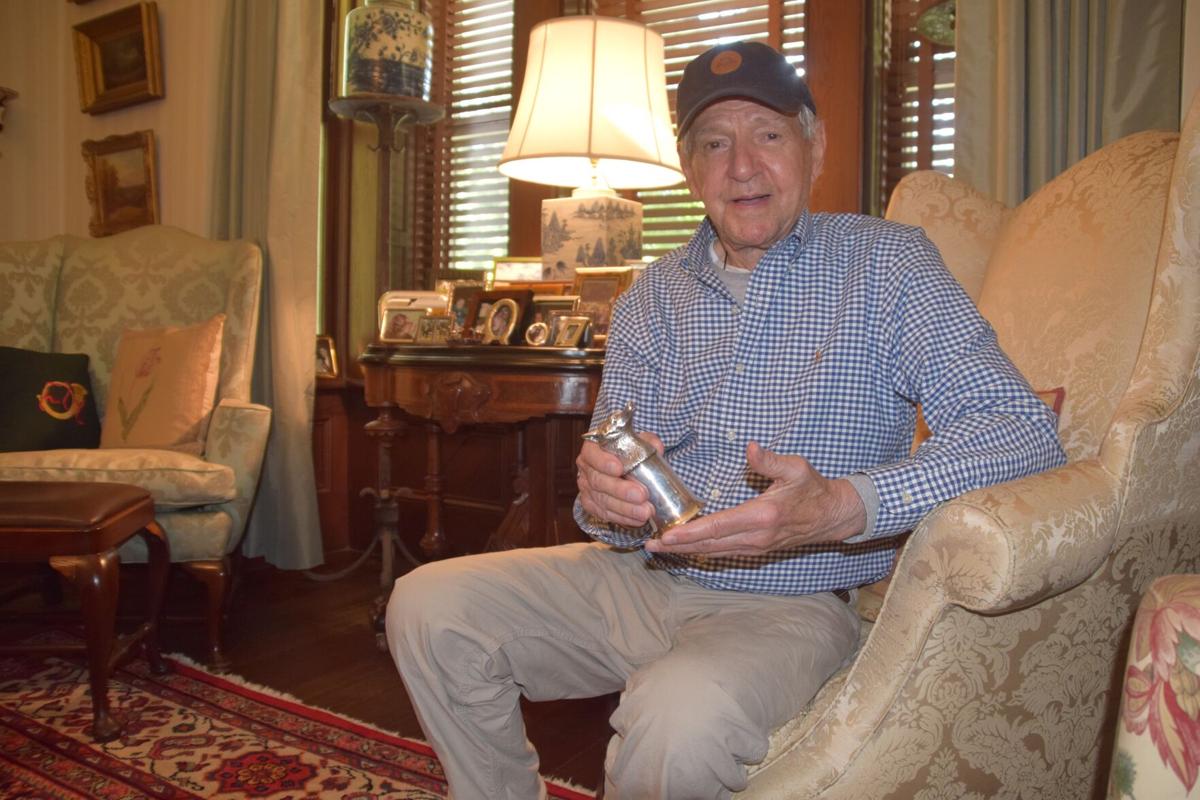 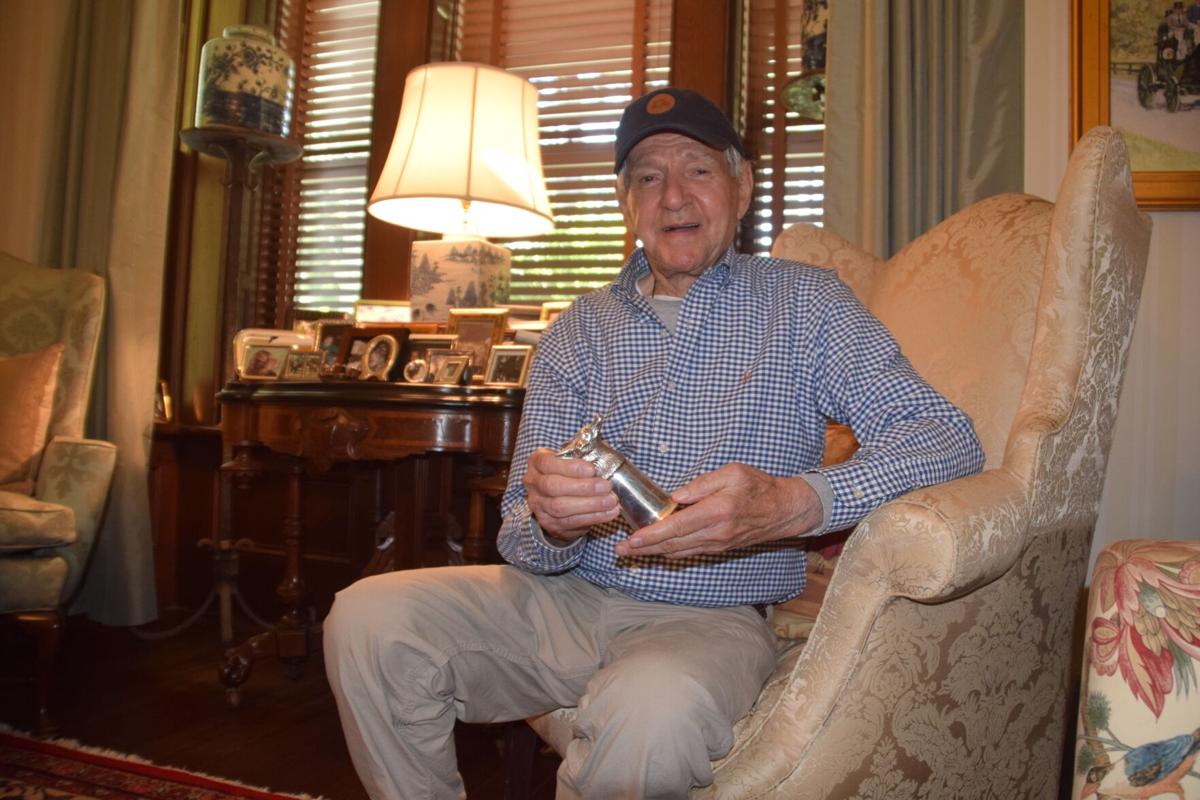 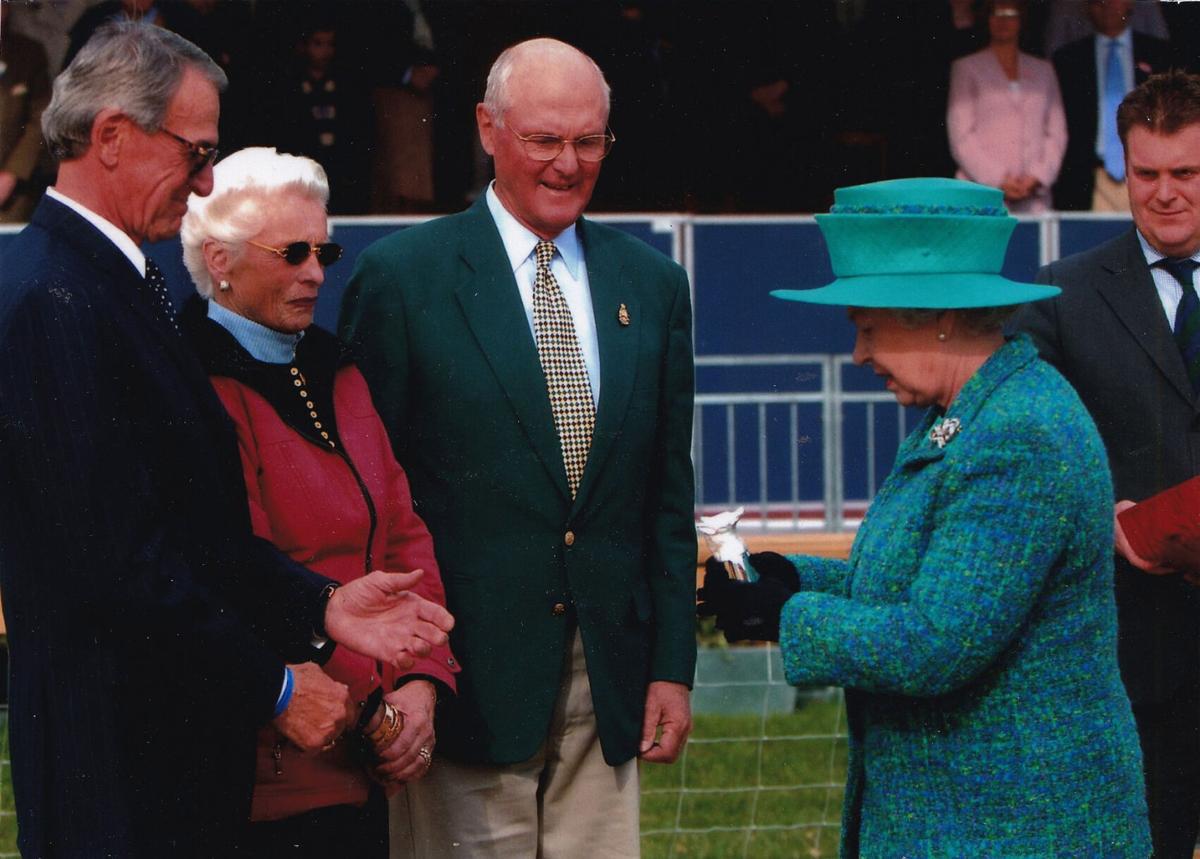 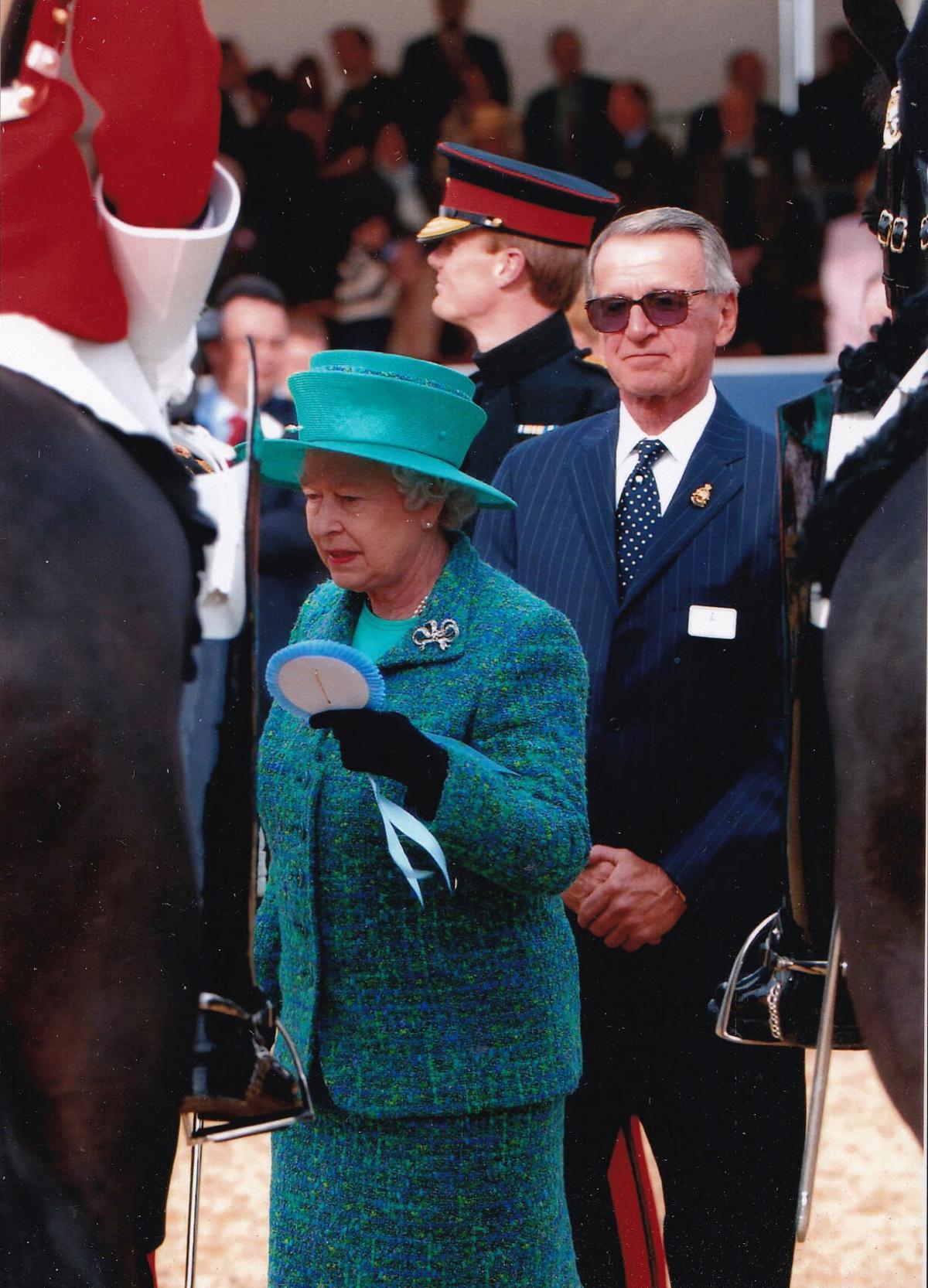 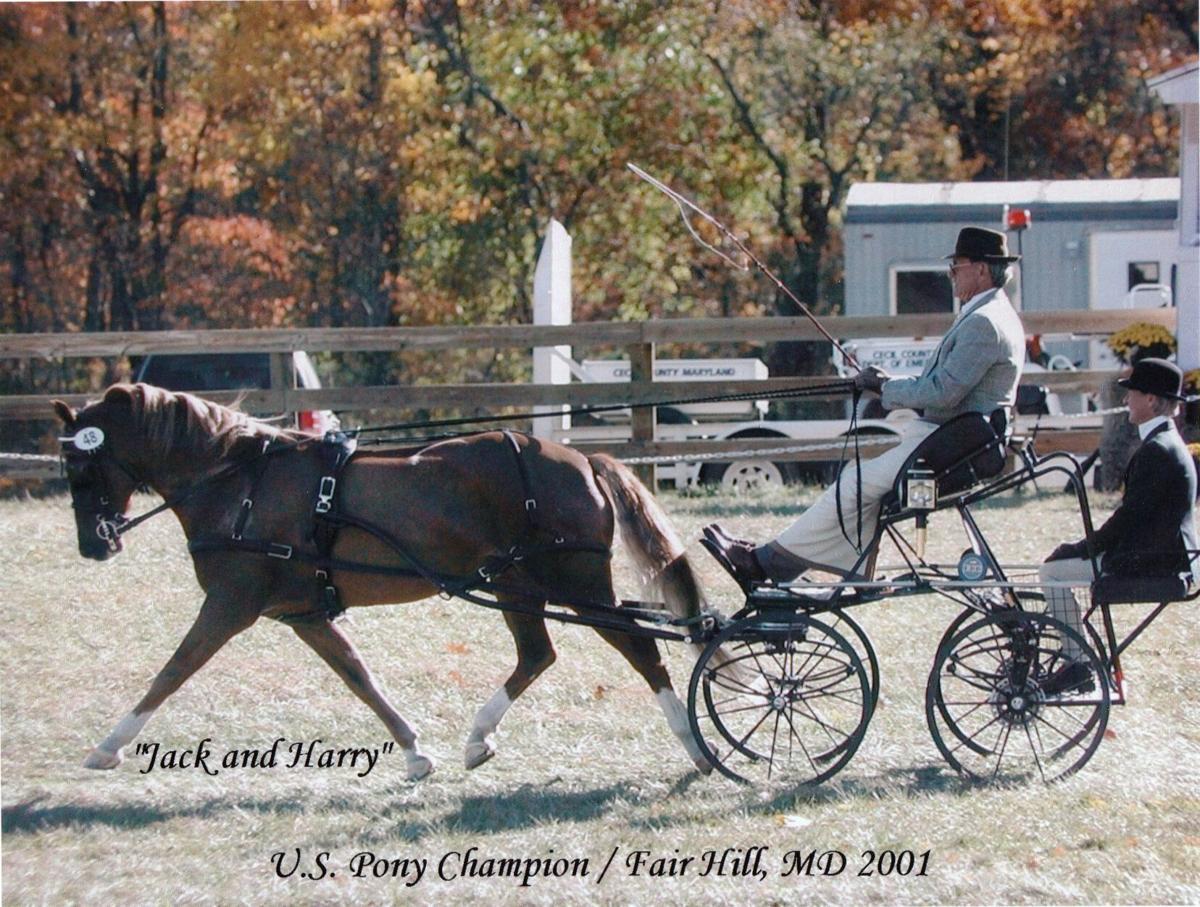 A shared passion for horses brought Jack Wetzel and Queen Elizabeth II together, and the connection was so strong that the Aiken resident and the monarch became friends.

“She was a very, very nice lady,” Wetzel said. “She had a great sense of humor and a great laugh. We laughed a lot when we talked."

Wetzel used to compete in the sport of carriage driving, and he owned a talented pony, a Welsh Cob named Harry.

“He was the most incredible pony that you could have,” said Wetzel, who is the president of the Aiken Horse Park Foundation and a philanthropist. “He never made any mistakes. If any mistakes were made, they were made by me.”

Wetzel got to know Elizabeth’s husband, Prince Philip, who was a fellow carriage driver and was at some of the same events that Wetzel attended.

In 2004, however, Wetzel received an invitation from Elizabeth to the Royal Windsor Horse Show.

“She was quite a pony lady,” Wetzel said. “She bred ponies, and Prince Philip showed her Fell ponies for years. Harry had won three U.S. championships prior to then, and she had heard about him.”

“I called her (Elizabeth’s) secretary and told her I was unable to come, but that I would certainly like to be there, maybe the next year, if I would get an invite, and I did.”

So in 2005, Wetzel and Harry traveled overseas to pursue a Royal Windsor victory in combined driving, which has three phases of competition – dressage, cross country (marathon) and cones.

Wetzel doesn’t remember exactly where he finished overall, but he can easily recall what happened during the dressage phase.

“We warmed up, went into the ring and halted. I took off my hat and saluted,” Wetzel said. “When I looked up, there she (Elizabeth) was, standing in the corner outside the ring watching me, and I thought, ‘Oh my goodness.’ She had a couple of dogs with her.”

When asked if Elizabeth’s presence made him nervous, Wetzel replied: “No, I didn’t want her to see me nervous. I wanted to win for her.”

Wetzel and Harry were No. 1 in the final dressage standings.

“The next morning there was a knock on the door of my hotel room, and it was an invite to sit with her (Elizabeth) for lunch that day in the Royal Box,” Wetzel said. “We talked about horses, and we had a great time. She kept bumping me on the shoulder.

“It was a wonderful,” he continued. “She asked me about my family, about how many brothers and sisters I had (13 in all). I don’t know how it happened. I don’t know why she chose me. That (chose) is the wrong word, I guess. I’ll just say that she allowed me to get to know her.”

Wetzel became a regular in the Royal Box during that show and during his subsequent Royal Windsor appearances with Harry.

“We talked about just about everything, but we never talked about politics,” said Wetzel of his conversations with Elizabeth. “She’s very religious. She said she prayed at night. And she said that she loved people.

In general, when Wetzel saw Elizabeth at other horse shows in England after meeting her for the first time, they would briefly acknowledge each other’s presence.

“I avoided interfering with her at other places,” Wetzel said. “She had very important people with her, and I didn’t feel it was proper for me to butt into her private life, so I just nodded.”

His experiences with Elizabeth included meeting some of her many horses and visiting Buckingham Palace.

She showed him her private gardens and her carriages.

Once Wetzel had dinner with Elizabeth and some other people.

After everyone was finished eating, they passed their plates to her “and she scraped them all and stacked them,” Wetzel said. “Then the maid came and took them away to be washed.”

Wetzel has photographs, a set of cufflinks and an engraved silver stirrup cup that Elizabeth gave him.

“I certainly was surprised when she handed me the cup and thanked me for all that I had done,” Wetzel said. “But I didn’t really do anything except become her friend.”

Even though there were numerous media reports about Elizabeth’s Sept. 8 death at the age of 96, Wetzel found out about it from one of his sisters, who phoned him.

“She said she had some bad news for me, and she didn’t want to have to tell me,” Wetzel said. “But she knew she had to, so she told me. I still could not believe it, so I watched every bit of television that was on about her (Elizabeth).”

He also plans to view the monarch’s funeral Monday.

“She was a very lovely woman, really a lovely woman,” Wetzel said. “I think about her every day of my life because she was so kind to me.”

“She (Queen Elizabeth II) was a very lovely woman, really a lovely woman. I think about her every day of my life because she was so kind to me.” Jack Wetzel, Aiken Horse Park Foundation president