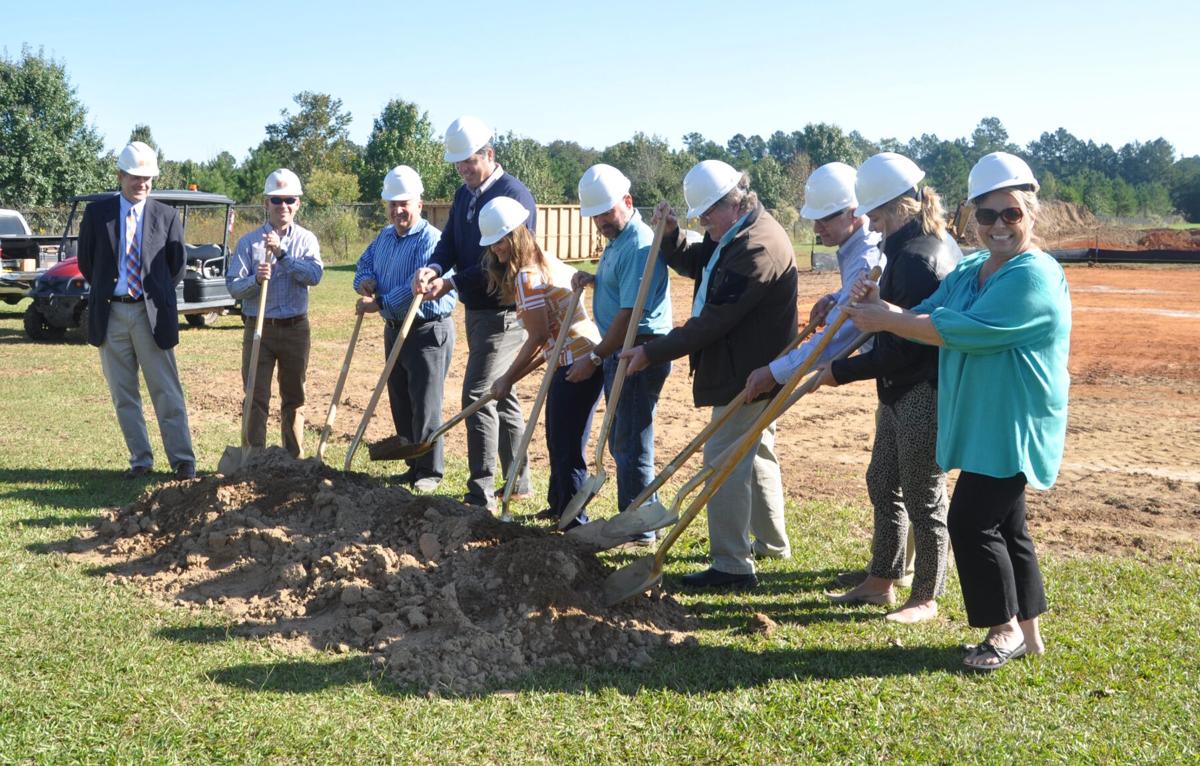 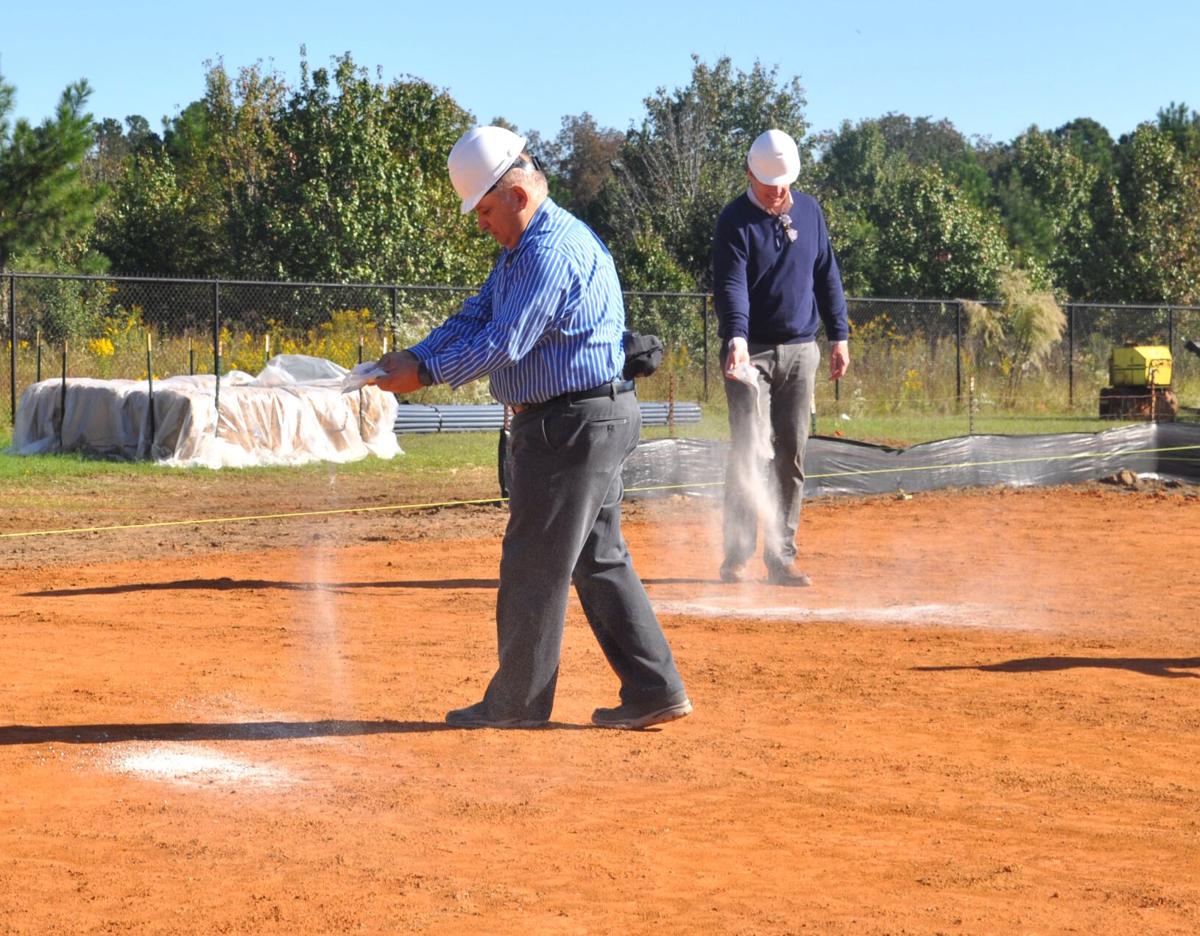 Bernie Cicirelli, left, and Tom Callahan were among those who scattered ashes of dogs that could not be saved on the building site prior to Home for Good Dog Rescue's groundbreaking ceremony Monday for its Almost Home facility on Whiskey Road in Aiken.

Bernie Cicirelli, left, and Tom Callahan were among those who scattered ashes of dogs that could not be saved on the building site prior to Home for Good Dog Rescue's groundbreaking ceremony Monday for its Almost Home facility on Whiskey Road in Aiken.

Wearing white hard hats while using shovels to toss some dirt, Home for Good Dog Rescue’s co-founders and others participated in a groundbreaking ceremony Monday morning for a new facility in Aiken.

It will be called Almost Home.

The prefabricated metal and steel building will be constructed on Home for Good’s 10-acre property at 4568 Whiskey Road.

The cost will be “probably a shade over $1 million,” he added.

Studio 3 Design Group of Augusta is the architect for the project, and J.E. Stewart Builders Inc. of Aiken is the contractor.

Errico said the Almost Home project would take around seven to eight months to complete.

Established in 2010, Home for Good is a nonprofit based in Berkeley Heights, New Jersey.

According to its website, the organization rescues dogs from “high-kill” shelters in South Carolina and Georgia. Then it transports the animals from Aiken to New Jersey and places them in foster homes to prepare them to be adopted.

“We adopt out approximately 1,000 dogs per year,” said Errico, who teamed up with Toni Ann Turco to start Home for Good.

In 2020, the nonprofit's number of canine adoptees is expected to go up “a little bit,” reported Home for Good board member Bernie Cicirelli. “We’re on target for 1,200. There has been an increased demand. A lot of it, I think, has to do with COVID-19. With people being at home more, they’re in a better position to care for a dog and to train a dog.”

Almost Home will have a full-service veterinary clinic. In addition to helping dogs rescued by Home for Good, it will offer low-cost spay and neuter services to the public.

And people will be able to bring small animals other than dogs to the clinic for treatment.

The fees charged to the public “will help subsidize our rescue efforts,” Errico said.

Almost Home also will have a wellness center where rescued dogs with medical issues will be treated and rehabilitated before being transported to New Jersey.

“It will be almost like a halfway house,” Errico said.

Edgefield veterinarian Clarence Bagshaw will be in charge of Almost Home’s clinic and will work part time while continuing to be involved in his own practice.

“We hope to hire a couple of other veterinarians,” Errico said.

Currently, Home for Good has nine employees in Aiken.

“We’ll probably double the size of the staff down here, so we will have nine on the rescue side and possibly nine on the clinic side,” Errico said.

Prior to the groundbreaking ceremony, the participants scattered the ashes of cremated dogs that Home for Good was unable to save in the past on the Almost Home site.

“This building will be kind of like the phoenix bird that rises from the ashes,” Cicirelli said. “It will represent a new future for the new dogs coming through here, and hopefully we’ll be able to save more of them.”