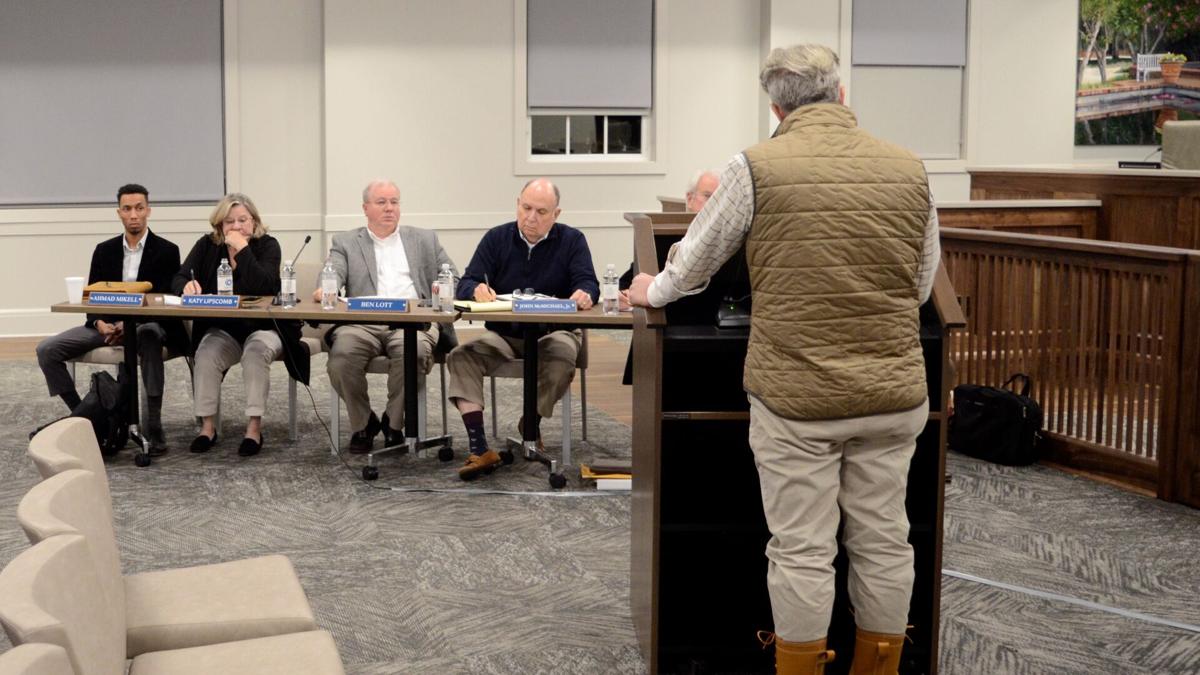 David Blake addresses the Aiken Design Review Board during a public input session to receive information about the condition of the Hotel Aiken and C.C. Johnson buildings. City Council tabled a resolution to reappoint Josh Stewart to the Design Review Board after it was revealed he had not attended enough meetings in 2021 to comply with city code. (Matthew Christian/Aiken Standard) 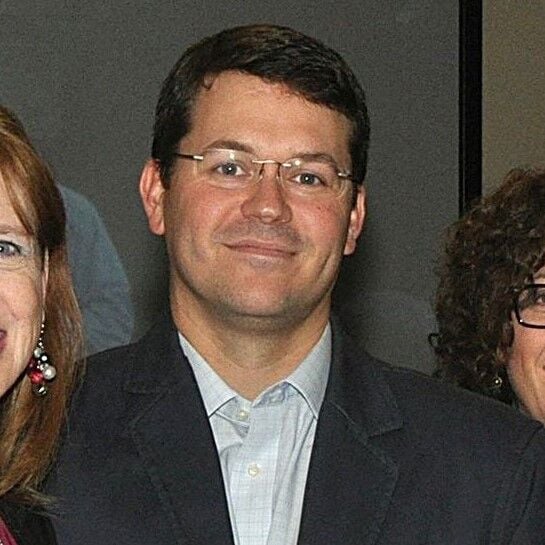 David Blake addresses the Aiken Design Review Board during a public input session to receive information about the condition of the Hotel Aiken and C.C. Johnson buildings. City Council tabled a resolution to reappoint Josh Stewart to the Design Review Board after it was revealed he had not attended enough meetings in 2021 to comply with city code. (Matthew Christian/Aiken Standard)

A member of the Aiken Design Review Board continued to serve on the board for 10 months after he was automatically removed from the board by a provision in the city code.

It was revealed during Aiken City Council's discussion of a resolution reappointing Josh Stewart to the board through Dec. 31, 2023 that Stewart had been automatically removed at the end of 2021 but continued to serve through October.

Stewart met neither requirement in 2021.

Three of those regular meetings, the October, November and December meetings, occurred consecutively.

Mayor Pro Tempore Ed Woltz made a motion to approve the resolution reappointing Stewart. His motion was seconded by Lessie B. Price.

Stewart was appointed to the board by Woltz.

Woltz said Monday that Stewart wants to continue to serve and that he meets the expert qualifications required for the board.

City Code, specifically Section 7.1.7, requires that at least three members of the Design Review Board be knowledgeable in one or more of disciplines including archeology; historic preservation; architecture and construction; American, South Carolina and local history; urban planning and design; structural engineering; law or real estate.

Councilwoman Gail Diggs said she had received some calls on the resolution and that she tries to appoint people to city boards and commissions who have the time to participate. She asked if Stewart's schedule had changed in a way that would allow him to attend more meetings.

Woltz said Stewart and his family had quite a few episodes of COVID-19 in 2021 which he understood to be major issue.

The Aiken Standard called the phone number for Stewart that is provided monthly to city council but found it is the number of his business, J.E. Stewart Builders. The person who answered the phone at the business directed a reporter to send Stewart an email to learn why he missed the meetings in 2021. Stewart had not responded to that email as of Friday afternoon.

Diggs then asked how Stewart's attendance has been in 2022.

Planning Director Marya Moultrie said Stewart had not missed any meetings in 2022.

The minutes of the 2022 Design Review Board meetings indicate Stewart missed the regular meetings on Feb. 1, April 19 and Sept. 6. He also missed a special meeting on Feb. 17.

Kay Brohl asked when Stewart was removed from the board.

Woltz said the city did not "catch" that Stewart had been removed and only informed him that he had been removed recently. He added that the punishment for failing to follow the city code was coming way after the infraction was committed.

Brohl added Stewart was very qualified but also said the by-laws were there for a reason.

Diggs asked how many Zoom meetings were held by the board in 2021.

City Manager Stuart Bedenbaugh said he did not know the amount of Zoom meetings but added there were some meetings from 2020 forward that were conducted electronically.

The minutes provided online by the city indicate the Design Review Board held one electronic meeting in 2021: Feb. 2, 2021.

Andrea Gregory asked how many Design Review Board meetings have been held this year and if Stewart had attended all.

Bedenbaugh then said there were eight regular meetings. He added that the board's attorney, Jim Holly, said Stewart had missed three of the eight.

There have also been four special meetings of the board. Stewart has attended three and missed one.

Brohl then said she felt it was disrespectful for Stewart to be on the board if he was missing meetings without a legitimate reason. She said she didn't know if that was the case.

Price then moved to table the matter to receive input from Stewart on his reasons for missing the meetings. She added if it were her she would not want to serve if she felt the council did not want her to serve.

Her motion was seconded by Diggs.

The council then voted 4-3 to table. The votes to table were Woltz, Price, Diggs and Mayor Rick Osbon. Brohl, Gregory and Ed Girardeau voted not to table.

After the vote, Gregory said a woman she appointed to the Design Review Board earlier this year had called her and asked if she could not attend a couple of meetings to let the dust of her appointment settle.

Gregory said she made a couple of phone calls and was told about the requirements of the city code. She added her appointee had resigned when told of the requirements to attend a certain amount of meetings.

"So what goes well for one, should go well for all others," Gregory said. "I don't think it would be fair to Ms. Hanna to grant an exception to someone and not for her."

Price said she was only looking at the fairness issue for Stewart. She said she would suspect that Stewart would say he was unwilling to serve. Price asked the council to give Stewart the courtesy to say that as should have been done for Gregory's appointee.