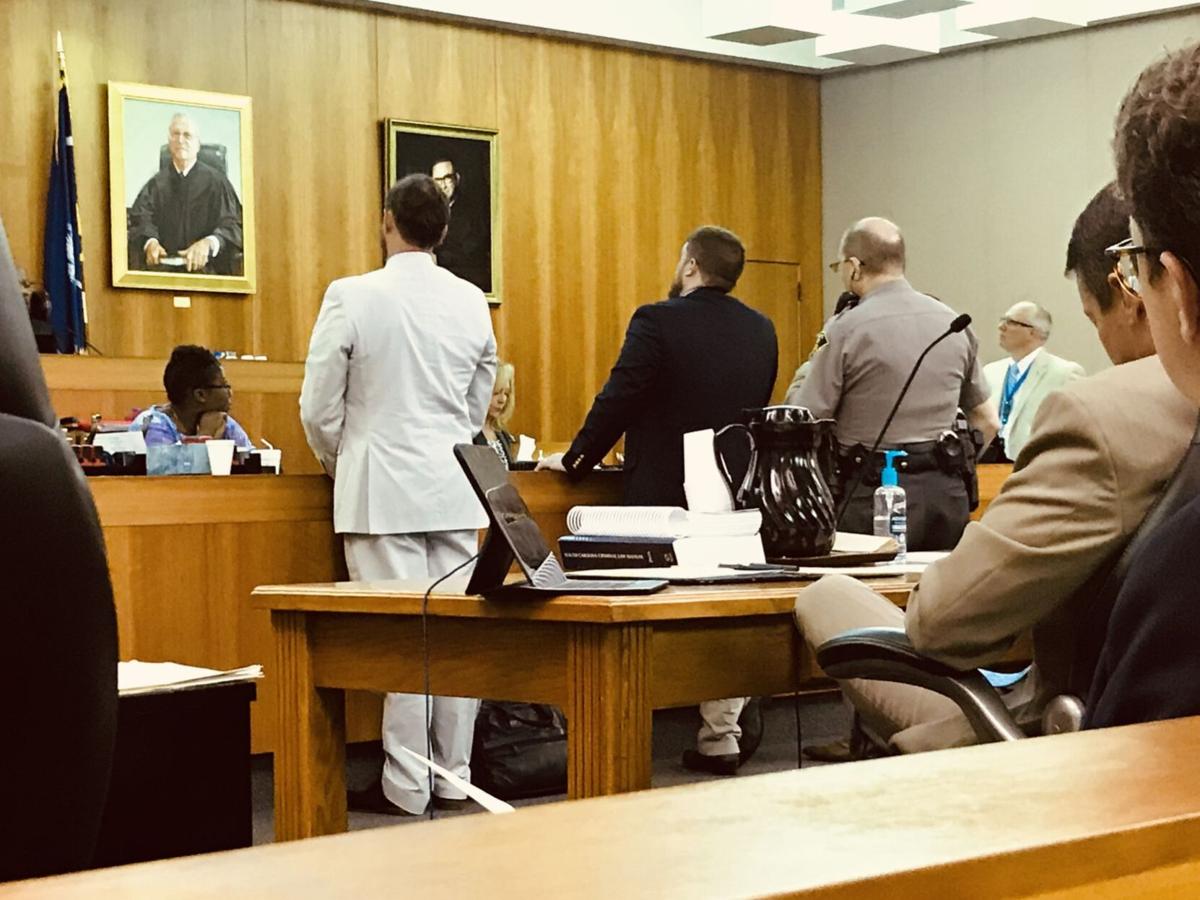 Former state lawmaker Chris Corley, center, appeared in an Aiken County courtroom Wednesday, along with his attorney, Cezar Mcknight, to ask the judge to dismiss the remainder of his probation sentence so he can try to get his law license back in order to work. 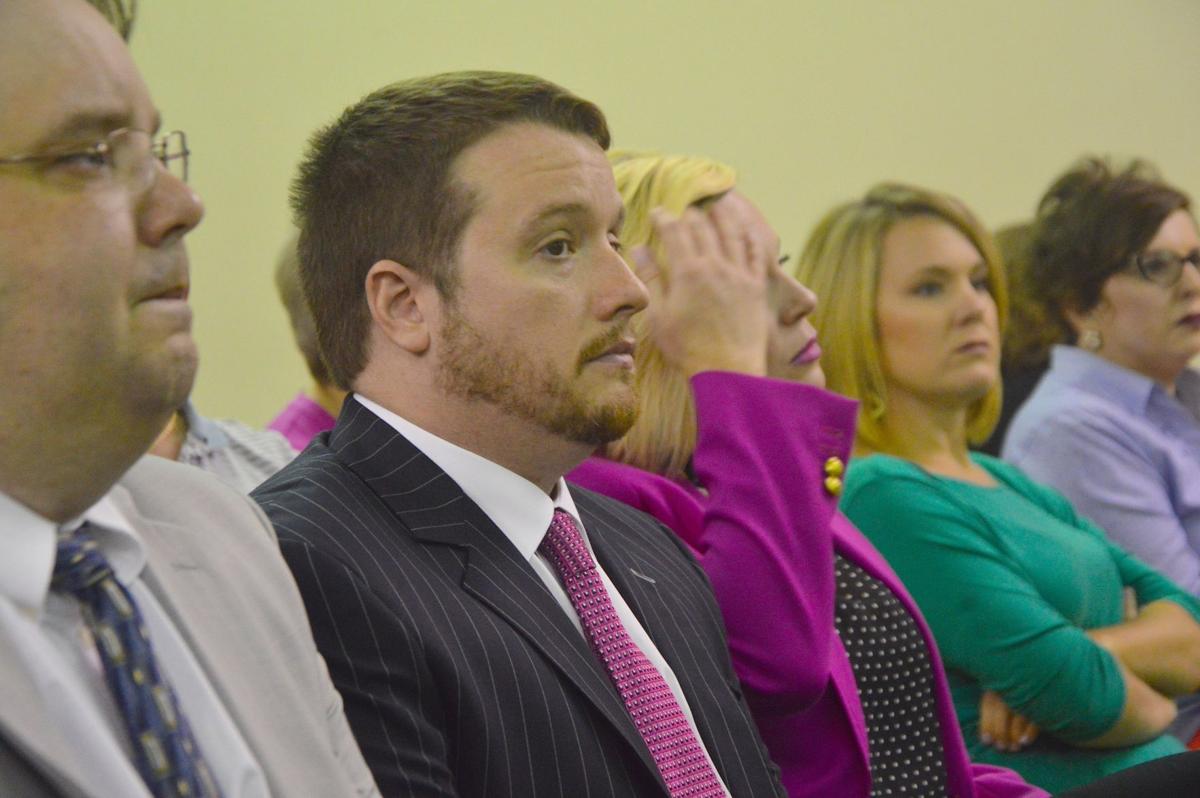 Former state lawmaker Chris Corley, center, appeared in an Aiken County courtroom Wednesday, along with his attorney, Cezar Mcknight, to ask the judge to dismiss the remainder of his probation sentence so he can try to get his law license back in order to work.

For the first time in nearly a year and a half, former S.C. lawmaker and Georgia attorney Chris Aaron Corley made a public appearance in an Aiken County courtroom Wednesday morning.

Alongside Corley were his attorney, Cezar McKnight, and wife, Heather, who was the victim in a domestic violence incident at their home in December 2016, which ended with Corley being sentenced in 2017 to five years of probation.

Corley was almost unrecognizable Wednesday under a long, thick beard. His current look differed greatly from the typical clean-shaven, youthful appearance he kept up for years, especially during his time in the South Carolina Statehouse.

He and McKnight appeared before the judge Wednesday to ask the judge to dismiss his remaining probationary sentence; Corley has been on probation for only about a year and a half, court records show.

McKnight argued why the dismissal request was necessary, stating Corley's probationary sentence caused him to lose his law license and be disbarred in Georgia.

Corley reported finishing all the other requirements attached to his sentence, which included more than 100 hours of community service and anger management.

"He's done everything else required of him," McKnight stated. "We feel the court should be satisfied with all he has completed."

The request for a probation dismissal for Corley has been "taken under advisement" by the judge – who will give his decision on the matter after going over all the aspects of the case and sentencing.

If Corley is granted a probationary dismissal, he can begin taking the necessary steps to get his law license back.

Heather Corley, his wife and victim in the domestic case, explained to the judge Wednesday how hard it has been for the Corley family following the incident and his probation.

"I go to work in the morning, while Chris stays home to make the kids' breakfast, help them get dressed and gets them to school," Heather said, starting to tear up. "We've managed to make it through all this, but it's been hard. (Corley's) lack of income meant we had to make tough decisions to cut back on our spending. This ended up meaning we could no longer let our daughter go to a dance class she likes, because it was too expensive."

On Aug. 7, 2017, Corley pleaded guilty to the felony charge of first-degree domestic violence. His original charge was domestic violence of a high and aggravated nature, but in accordance with his guilty plea, he was allowed to plead to the lesser charge, solicitors said.

He was indicted by the South Carolina Attorney General's Office following a reported "violent incident" at his family's Sugar Hill Drive home in Graniteville on Dec. 26, 2016. Arrest warrants state Corley punched his wife with a closed fist until she bled, bit her nose and pointed a loaded handgun at her – while their three young child were also present.

Due to backlash over the incident, Corley resigned from his Statehouse lawmaker position in January 2017.

Second Judicial Circuit Judge Doyet A. Early presided over Corley's hearing in 2017 and sentenced him to six years in prison, suspended to five years of probation. Several stipulations were added to Corley's probationary sentence, including hundreds of hours of community service and anger management.

"This caused me to almost lose my family, and I did lose my standing in society," Corley told the judge Wednesday. "I'm just so sorry for everything that happened."

On Wednesday, state solicitors did not support the dismissal of Corley's probation because he was "given a break" during his sentencing in 2017, by receiving probation instead of time in prison.

The judge said he needs proof Corley actually finished all the requirements asked of him by the court in accordance with his probation sentence. The judge also said he needs a medical report about Corley's current mental state.