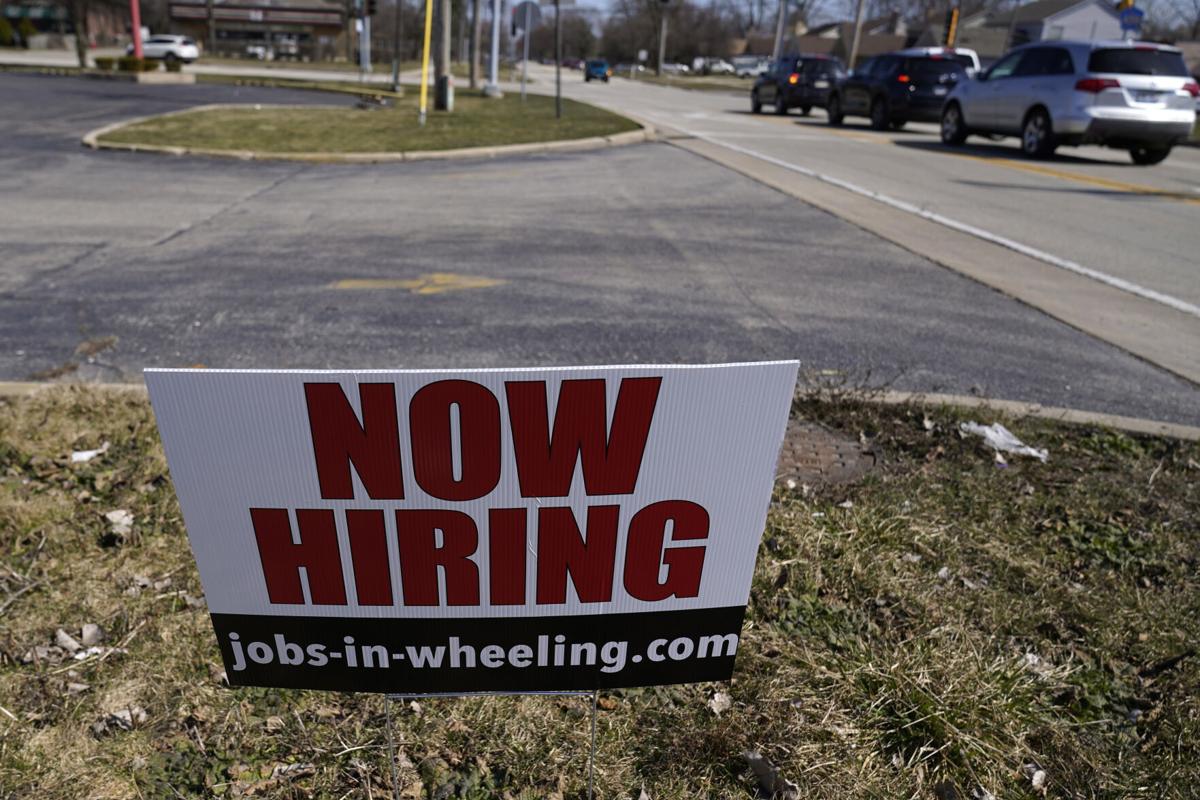 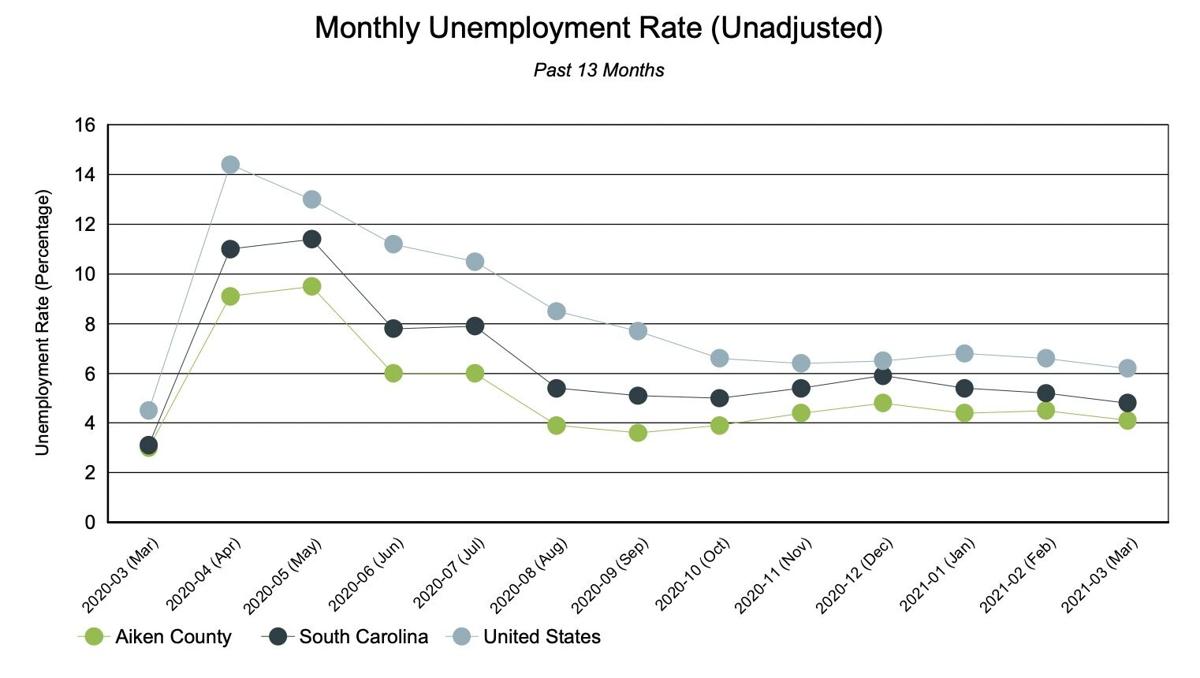 This S.C. Department of Employment and Workforce chart shows the unemployment rate during the months of the pandemic in Aiken County, South Carolina and the United States. (Courtesy/SCDEW)

This S.C. Department of Employment and Workforce chart shows the unemployment rate during the months of the pandemic in Aiken County, South Carolina and the United States. (Courtesy/SCDEW)

As businesses continue their journey back to normalcy after the COVID-19 pandemic, the unemployment rate has remained somewhat steady in Aiken County.

The county's unemployment rate has consistently been lower during the pandemic than the statewide and countrywide rates during the same time period.

Aiken County's unemployment rate for March 2021 was 4.1%, compared to the statewide rate of 4.8% and the countrywide rate of 6.2%. That 4.1% was calculated from S.C. Department of Employment and Workforce data, showing 73,012 employed people in Aiken County and 3,112 unemployed. That same data shows that there are 2,652 job openings in the county.

In comparison, Aiken County's unemployment rate sat at 3.1% in February 2020, the month before the pandemic began to quickly worsen.

"We’re a small town so people are committed to their work places," Price said. "I think that’s probably what’s kept us afloat during this pandemic."

Price said he's seen the demand for workers rise, "but there seems to be a gap in the supply of people that are ready to go back to the workforce."

"I think that people’s view of the workplace has changed significantly, and the concept of the 9-to-5 may be one that is aged," Price said. "... We’ve got to look at ways to accommodate the new workforce under the new normal."

Under South Carolina's unemployment insurance rules, a resident is typically only eligible for benefits for 20 weeks. However, that timeframe has been extended a few times during the pandemic, the most recent of which, the American Rescue Plan Act of 2021, was signed by President Joe Biden on March 11. The act extended the unemployment benefits through Sept. 4, as they were supposed to expire on March 13.

Under this extension, residents on unemployment insurance receive their normal weekly benefit amount between $42 and $326 (before taxes), plus an additional $300 per week, according to SCDEW.

Of those 3,112 unemployed in Aiken County in March 2021, a total of 508 county residents claimed unemployment insurance during March. Statewide, there were 28,699 claimants during the month of March. Of those 508, the divide between male and female isn't that wide, with 275 female claimants and 225 male. There were eight claimants listed as "other."

For a breakdown by race, 229 claimants were Black and 211 were white. Of the remaining claimants, 40 are listed as multiple, 24 are unknown, two are Asian and two are Native American.

SCDEW recently announced it is reinstating a state requirement that requires people receiving unemployment benefits to prove they are actively looking for work. During the pandemic, this requirement was paused.

Those receiving benefits are now required to make at least two job searches per week to remain eligible.

Price said that as people start to go back into the workforce, employers are going to have to understand "that people are just not as available as they once were."

"Scheduling is going to be the key to figuring out how to make sure operations can flow or operations can work with the understanding that people just aren’t going to dedicate their lives to a workplace anymore," Price said.