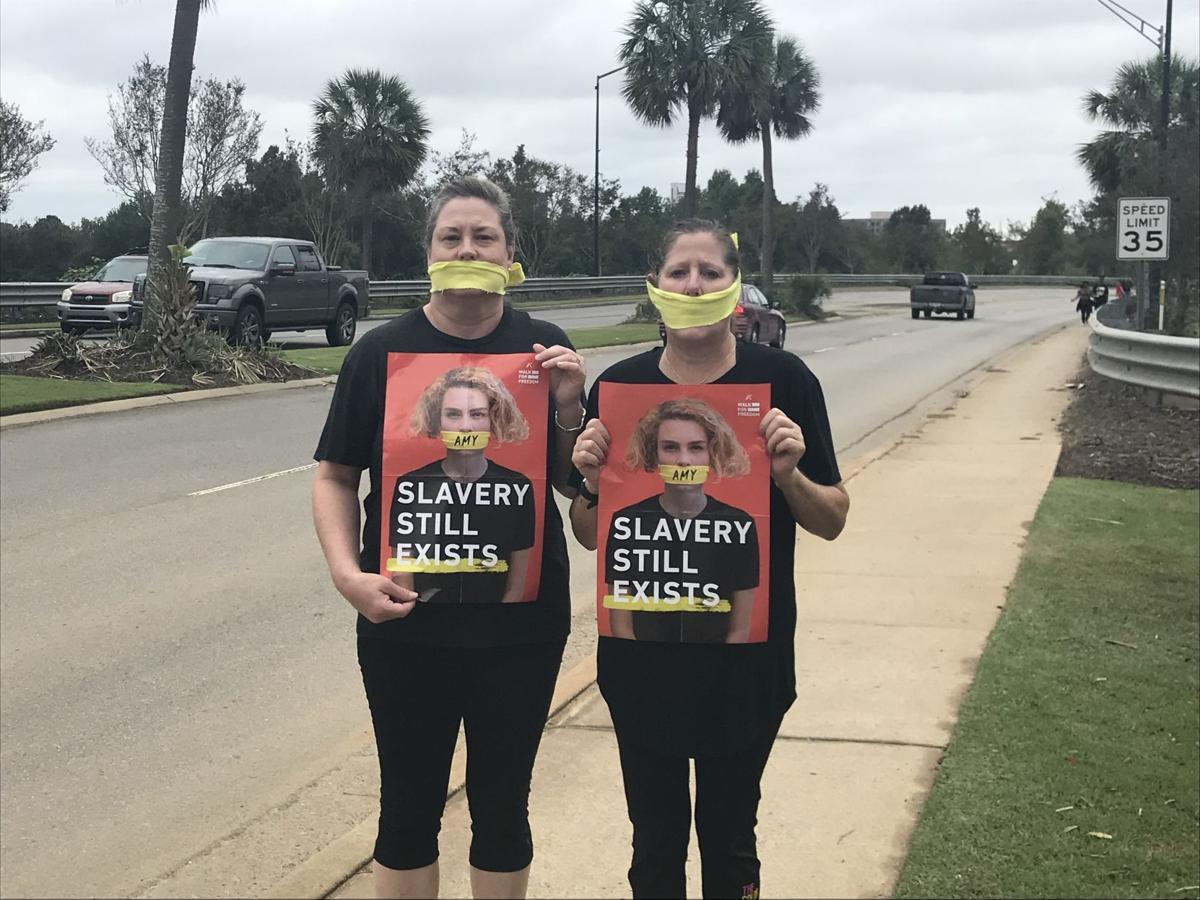 Recent reports have analyzed human trafficking in South Carolina, a prevalent issue on a global scale. In the photo above, Leah Melvin and Ramona Jackson demonstrate during a previous Walk for Freedom event to raise awareness about human trafficking. 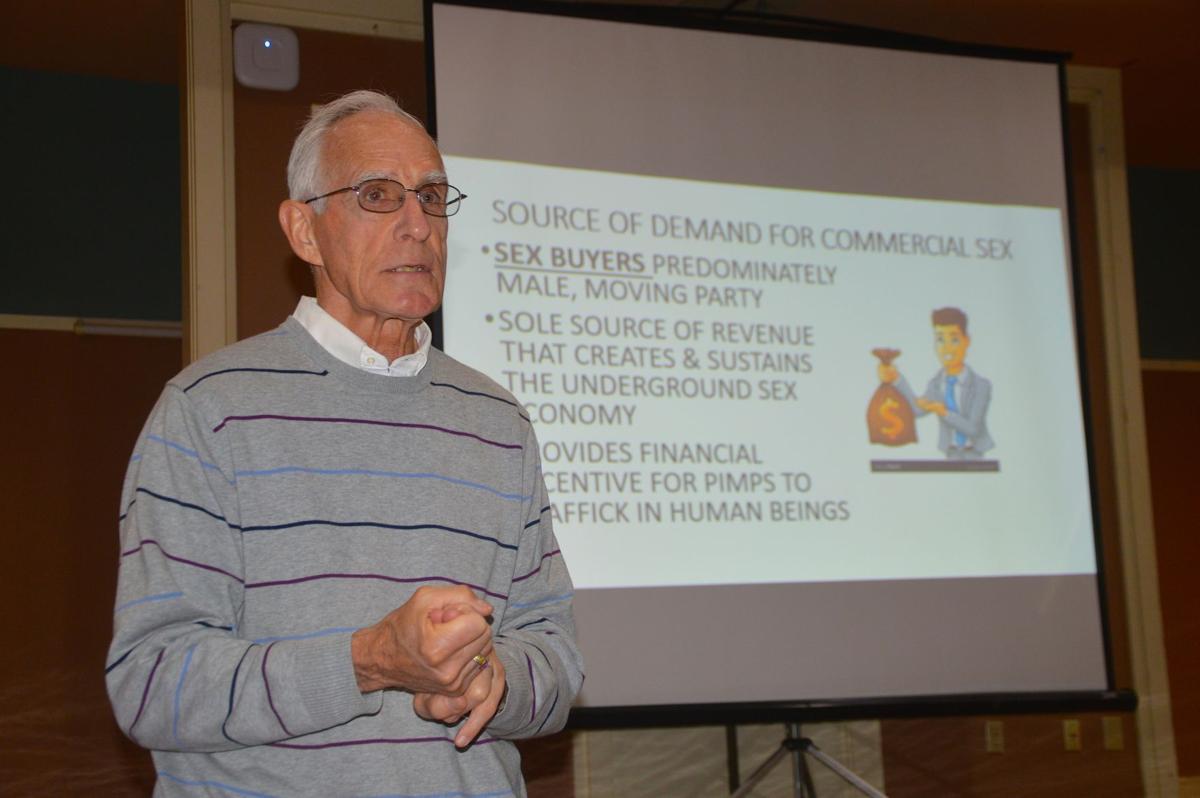 Robert Healey, with S.C. Human Trafficking Task Force and volunteer with Lighthouse for Life, gave a presentation in Aiken after local advocates and law enforcement formed their own Aiken County task force. 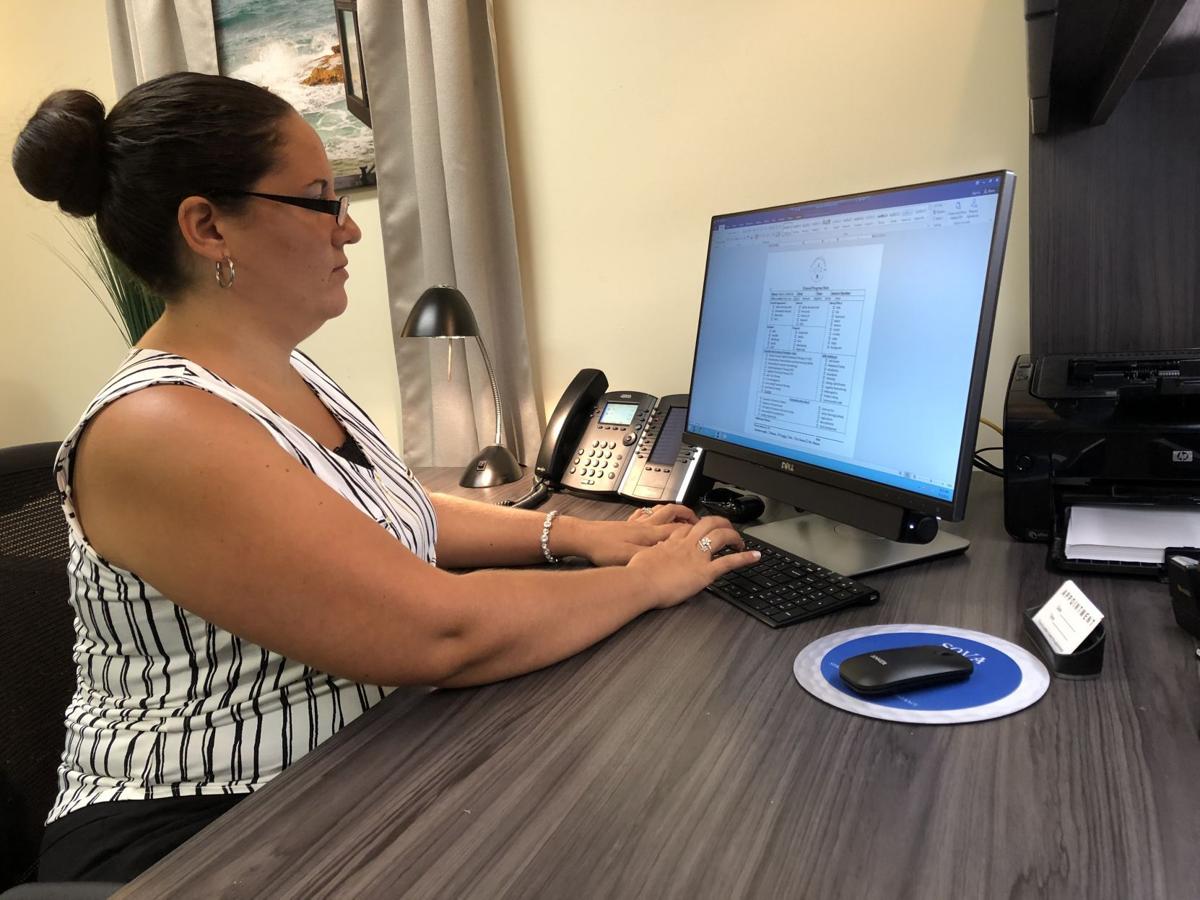 Vianca Anderson of the Cumbee Center to Assist Abused Persons works with victims of sex trafficking in Aiken County.

Recent reports have analyzed human trafficking in South Carolina, a prevalent issue on a global scale. In the photo above, Leah Melvin and Ramona Jackson demonstrate during a previous Walk for Freedom event to raise awareness about human trafficking.

Robert Healey, with S.C. Human Trafficking Task Force and volunteer with Lighthouse for Life, gave a presentation in Aiken after local advocates and law enforcement formed their own Aiken County task force.

Vianca Anderson of the Cumbee Center to Assist Abused Persons works with victims of sex trafficking in Aiken County.

South Carolina also ranks second in the nation in terms of restitution, in which defendants in criminal trafficking cases were ordered to pay damages to their victims.

What is human trafficking?

The S.C. Human Trafficking Task Force defines human trafficking as "modern-day slavery." It affects all individuals regardless of race, socio-economic class or gender, though vulnerable individuals (primarily children, the disabled and indigenous populations) are common targets.

According to a recent annual report from the S.C. Human Trafficking Task Force, trafficking humans is a "profitable business" and is seen as less of a risk to criminals than trafficking drugs or weapons.

Labor trafficking affects around 20 million people worldwide. However, the vast majority of labor trafficking cases in S.C. are related to sex trafficking. Both involve some form of exploitation of victims for labor or sexual purposes.

In 2017, there were 127 cases of human trafficking reported in South Carolina. The vast majority of these cases were sex trafficking and took place in illicit massage or spa businesses. Most victims were female, and most perpetrators were employers of the victims.

Not all sex trafficking cases are large-scale rings. Some involve only one victim, one paying customer and the person who benefits from the sale (referred to as the pimp.)

"We see human trafficking victims that are like child-parent dynamics or that are teenage girls that got caught up with the wrong crowd and they ended up in the trafficking arena," Anderson said.

Most sex trafficking cases involving minors, she said, are the result of a parent or guardian using their children to gain something like money or drugs.

"With those big rings, a lot of times you have that relationship between the victim and the pimp, where the victim feels obligated toward them, and the pimps play mind games," Anderson said. "They are very good at analyzing what a victim's weaknesses are. They have an incredible ability to look at the characteristics of an individual and see what her weaknesses are … to where she feels like she can't leave."

Signs of human trafficking can be difficult to detect given the variability of the crime.

"If you see somebody who appears to be very fearful of their caregiver or parents and has marks of abuse like bruises – especially if they don't make eye contact – that can be a sign," Anderson said.

Human trafficking is a worldwide issue that has been found in every region of the United States.

Although Aiken County has seen few cases in recent years, victim advocates claim sex trafficking is prevalent in the county.

"It's definitely an issue here because we're so close to Columbia and Charlotte," said Vianca Anderson, Bilingual Councilor and Clinical Coordinator at the Cumbee Center. "There are some human trafficking hotspots here because of the proximity to I-20 and the 1-95 interchange. Human trafficking is everywhere."

The Cumbee Center provides victim services to people who have been sex trafficked. Interim Executive Director Jessica Coach said most of the victims they see either haven't reported their traffickers out of fear or because they are reluctant to identify as a victim of human trafficking.

"The arrest itself and finding human trafficking in this county is a big deal," Abdullah said.

The South Carolina Human Trafficking Task Force operates out of the Attorney General's office and was formed in 2012 to combat the state's human trafficking problem. Localized task forces have cropped up since then.

The 2nd Judicial Circuit Human Trafficking Task Force, which includes Aiken County, was formed in 2018. It was formerly known as the Multi-County Task Force.

It is chaired by Capt. Maryann Burgess and Officer Eleanor Hunter of Aiken Public Safety.

Burgess said members of the task force deal with human trafficking "as it relates to law enforcement." She said cases are more commonly seen in the county than the city due to its size and proximity to interstates.

The 2018 report found there was "not abundant or comprehensive data about human trafficking as it is happening" in the state, which makes identifying the size and scope of the industry difficult.

South Carolina did make the most progress of any state in relation to domestic minor sex trafficking, from a "C" rating in 2017 to a "B" rating in 2018.

This progress was partially due to recent changes in human trafficking state law. Prior to the changes, law enforcement was limited in their ability to refer minors to DSS for suspected sex trafficking unless the perpetrator was the minor's parent or guardian. A bill passed in April last year allows law enforcement and related authorities to refer victims who are minors to DSS for the appropriate services.

Amendments now require felons to serve at least 85% of their sentencing for trafficking minors, and a first offense can rack up 30 years in prison.