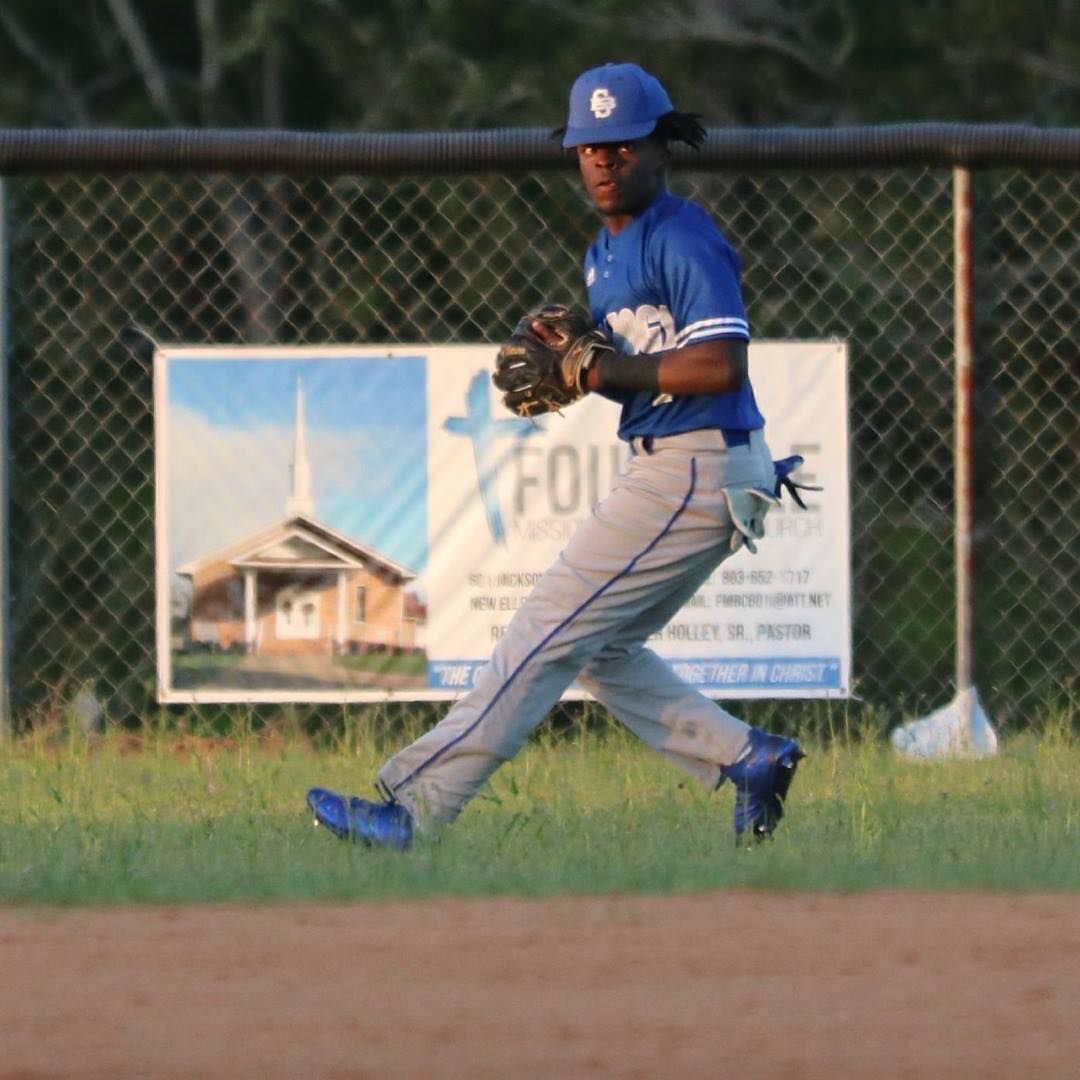 Jeremiah Duncan has been described as a caring friend loving son and cherished brother. His life was cut short after being murdered in February. 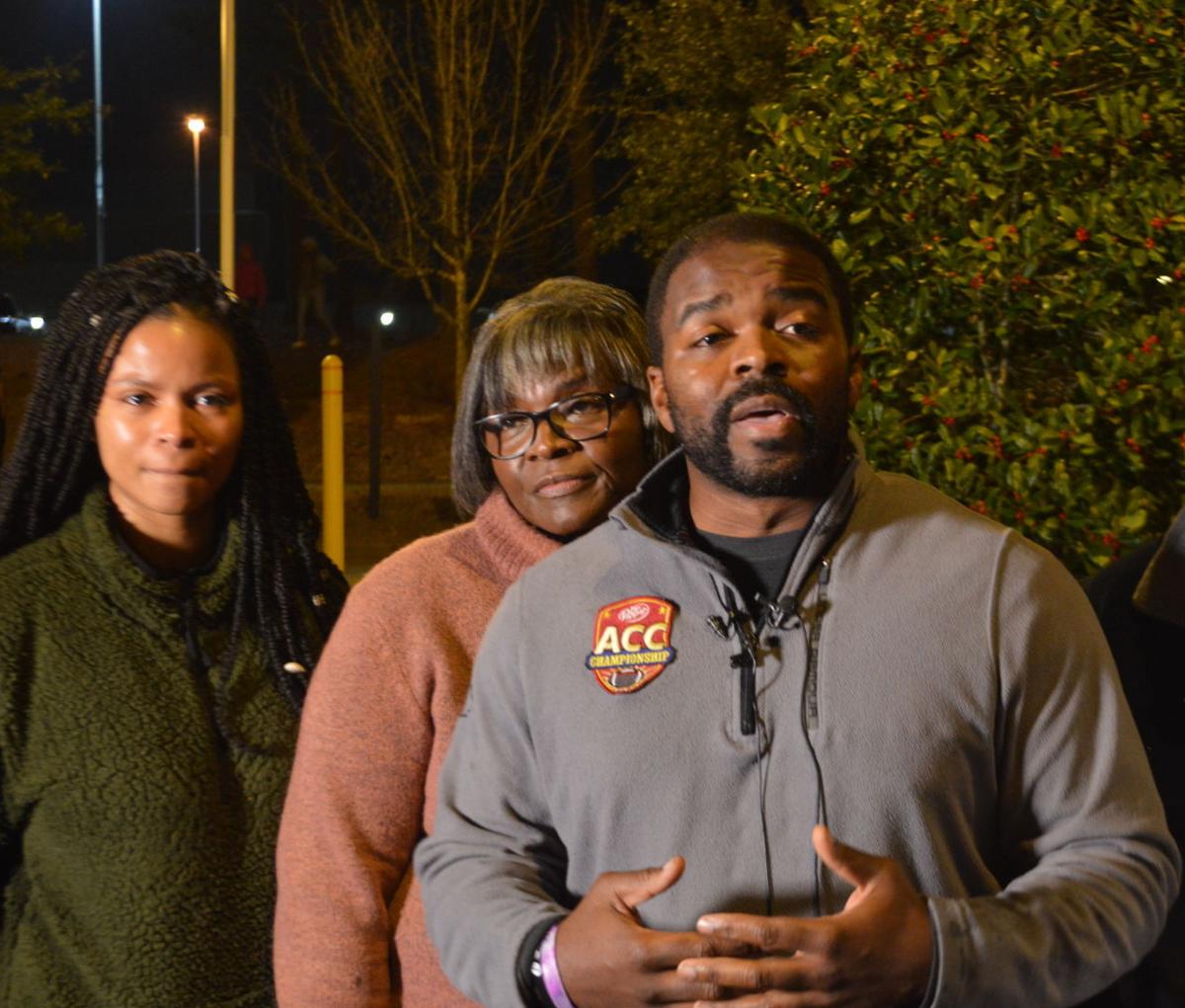 Maurice Duncan speaks on behalf of other members of the Duncan family at the candlelight vigil held in honor of Jeremiah Duncan after he was found murdered in February. 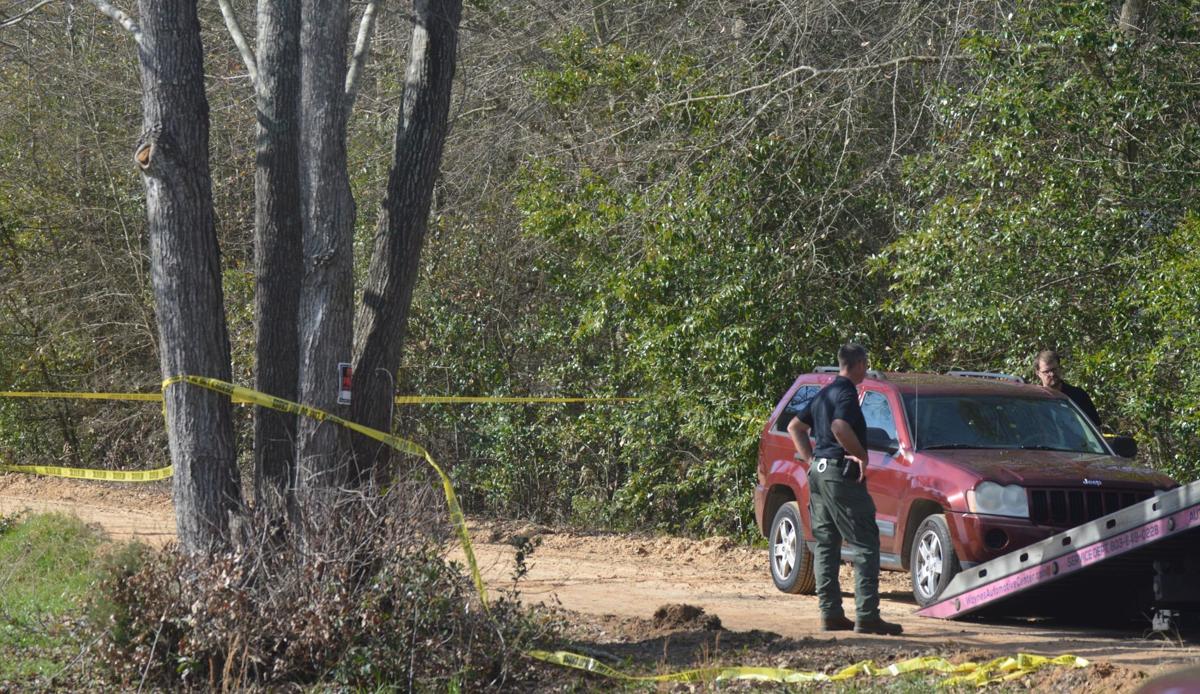 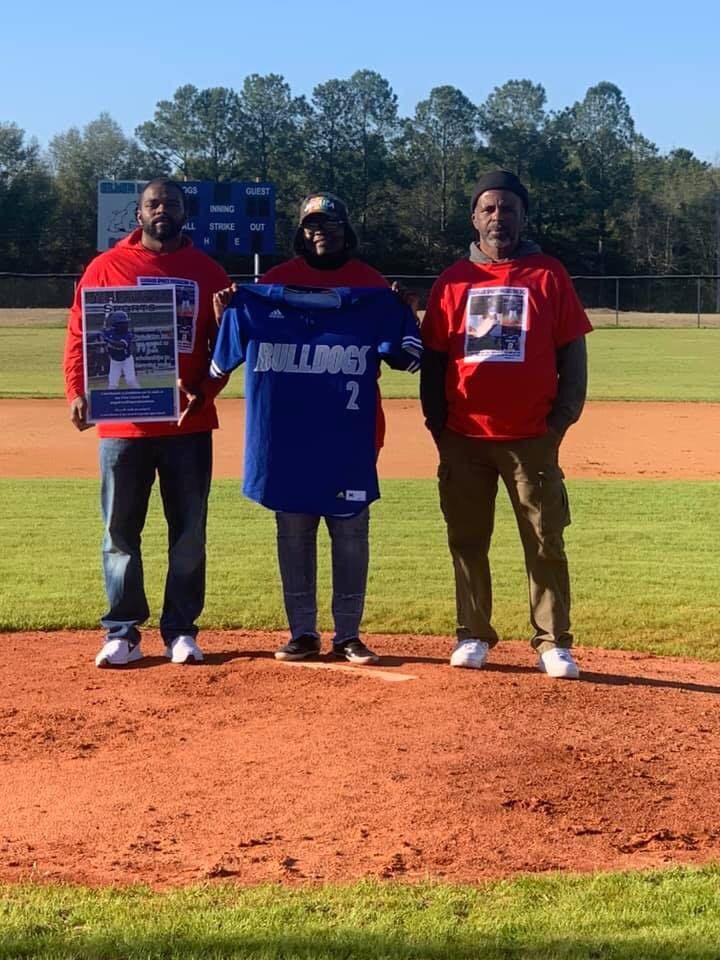 In March, the family of Jeremiah Duncan gathered at Silver Bluff High School to announce the launch of Jeremiah's Sports Foundation Inc. Jeremiah, who attended USC Aiken was loved sports, was found murdered in February and the case is still unsolved. Pictured, from left, are Jeremiah's brother, Maurice Duncan; his mother, Judy Duncan; and his father, Maurice Duncan Sr.

Jeremiah Duncan has been described as a caring friend loving son and cherished brother. His life was cut short after being murdered in February.

Maurice Duncan speaks on behalf of other members of the Duncan family at the candlelight vigil held in honor of Jeremiah Duncan after he was found murdered in February.

In March, the family of Jeremiah Duncan gathered at Silver Bluff High School to announce the launch of Jeremiah's Sports Foundation Inc. Jeremiah, who attended USC Aiken was loved sports, was found murdered in February and the case is still unsolved. Pictured, from left, are Jeremiah's brother, Maurice Duncan; his mother, Judy Duncan; and his father, Maurice Duncan Sr.

Jeremiah Duncan would have been excited to return to the USC Aiken campus this fall.

He would have been eager to see his friends, to pursue his passion of playing baseball and to continue his studies as an incoming junior, his mother Judy Duncan said.

But that won't happen, as Jeremiah's life was cut short earlier this year in what would be determined as a brutal homicide.

On Feb. 4, the Aiken County Sheriff's Office received a dispatch call at 7:53 a.m. regarding a vehicle parked near the intersection of Talatha Church Road and Gunter Road.

A body, later identified as 20-year-old Jeremiah Duncan, was found slumped over in the driver's seat with an apparent gunshot wound to the head.

The driver side window was shattered, according to an incident report by the Sheriff's Office.

A nearby resident reported hearing several gunshots at approximately 12:43 a.m. along with the sound of a motorcycle cranking and stalling out three times before leaving the area.

No suspects have been named, and the case remains unsolved but still ongoing, according to the Sheriff's Office.

The day after Duncan's body was discovered, several friends and family members gathered to honor his life at a vigil held on USC Aiken's campus.

Under a covered picnic area in one of the university's housing courtyards, the crowd huddled together with candles in hand as rain drizzled around them.

Many described Duncan as a true friend, a loving brother and caring son.

He was a graduate of Silver Bluff High School and was a multi-sport athlete.

Looking back now half a year since his death, Judy recalled Jeremiah's dream was to play on USC Aiken's baseball team as a walk-on his junior year.

"If Jeremiah was here, he’d be getting ready and all geared up to go back to school because he would be starting his junior year," Judy said. "He always came back strong. There was no doubt that he would have achieved what he wanted to achieve by being on that baseball team this year if his life would not have been cut short."

The past six months have been anything but easy for the Duncan family.

As the coronavirus pandemic began settling in across the country, the family was still grappling with Jeremiah's tragic death.

"You’re really kind of left with being at home with a lot of things being shut down in the country," said Maurice Duncan, Jeremiah's older brother. "You’re left with your own thoughts, and you don’t have those answers that we all seek. It’s been very difficult just trying to understand why this has happened and if we’re ever going to get some answers."

Although several questions still surround Jeremiah's death, the Duncan family continues to work to keep his memory alive by establishing the Jeremiah's Sports Foundation, a nonprofit that looks to give out scholarships to students in the area.

The foundation also serves as a platform to spread awareness of the dangers of gun violence.

"We need for the people to stop taking matters into their own hands," Judy said. "We have to stop this senseless killing. It doesn’t make sense to have this eye for an eye mindset. We’re just hurting families and taking lives."

A voice for the voiceless

The Duncan family is still hopeful that Jeremiah's case will be solved.

This past month, the Duncans, along with community leaders and other families of unsolved fatal shooting victims, met with Aiken County Sheriff Michael Hunt and other law enforcement officers to ask questions about the progress of cases.

"I pray that justice comes, and it will come," Judy said. "In that meeting, Sheriff Hunt looked at me, and he said, ‘Mrs. Duncan, I want you to know they are scared, and I want you to know that we’re going to get them.’ It made me believe that they’re doing the best that they can do to bring justice."

In the meeting, the Sheriff's Office mentioned investigators are following leads and continuing to investigate the cases, but a big hindrance in cases like Jeremiah's is those in the community not speaking up.

Capt. Eric Abdullah with the Sheriff's Office has since been posting news releases on Facebook that remind the public of unsolved cases that investigators believe someone in the community knows something about.

In addition to Jeremiah's case, the Sheriff's Office has made two other posts under the hashtag #BeAVoice4TheVoiceless.

One post tells the story of 25-year-old Brandon Odom, who was a father of two children.

Another post sheds light on the murder case of Willie James Simmons Sr.

On Oct. 6, 2019, Simmons was found shot in his home, located on the 3100 block of Silver Bluff Road, with a gunshot wound to the chest. He later succumbed to his injuries at the scene.

The Aiken County Sheriff's Office plans to make similar posts for other cases to encourage community members with information to come forward.

"It is personal to us when we have cases like this we’re investigating," Abdullah said. "A family has been impacted, and we’re just releasing this information again in a different format so folks can see these are real people."

On the Jeremiah's Sports Foundation website, Jeremiah's personal slogan, "Never quit. Never give up," can be seen in capital lettering.

The Duncan family said the phrase continues to be a inspiration to not give up until Jeremiah's case is solved.

They encourage the community to do the same, not just for Jeremiah's case but for all unsolved murders.

"We can’t continue to turn a blind eye," Maurice said. "We can't continue to erode our communities by remaining silent. There’s people that know something. Whether it’s my brother’s case and all these unsolved murders in Aiken or the CSRA. We’re better than this. Help give the families closure."

Anyone with any information about Jeremiah's death or any other unsolved murder case is encouraged to contact the Aiken County Sheriff's Office at 803-648-6811.

Anonymous tips can also be sent through midlandscrimestoppers.com or by phone at 888-274-6372.