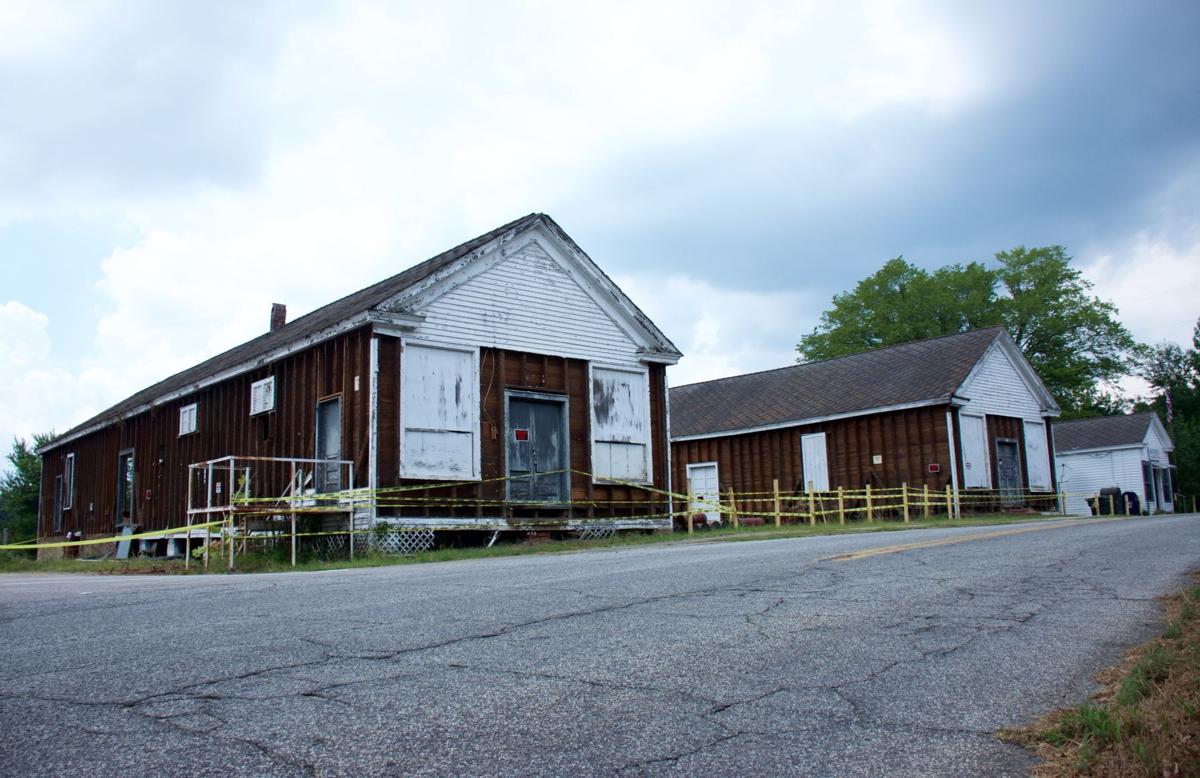 Developer and entrepreneur Weldon Wyatt plans to redevelop this property in Vaucluse. 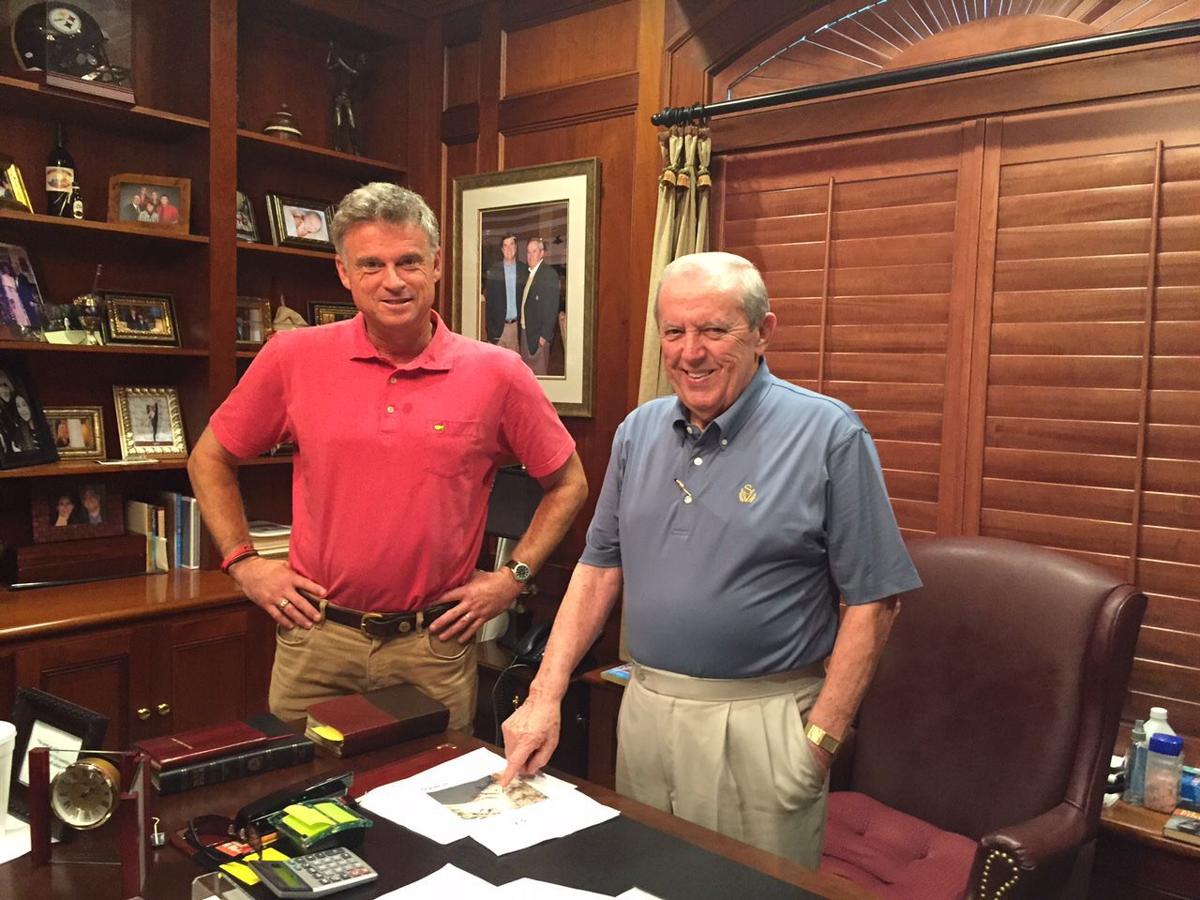 Turner Simkins, left, president of the Horse Creek Trust, and developer and entrepreneur Weldon Wyatt take a break after talking about Wyatt's plans for property in Vaucluse on Tuesday in Wyatt's office at the Sage Valley Golf Club in Graniteville.

Developer and entrepreneur Weldon Wyatt plans to redevelop this property in Vaucluse.

Turner Simkins, left, president of the Horse Creek Trust, and developer and entrepreneur Weldon Wyatt take a break after talking about Wyatt's plans for property in Vaucluse on Tuesday in Wyatt's office at the Sage Valley Golf Club in Graniteville.

Developer and entrepreneur Weldon Wyatt has a plan for a small piece of property in Vaucluse that he believes will make the community a better place to live.

“Obviously, I can’t please everybody, but when I get through with it, I think people will be very proud of what’s been done,” Wyatt said during an interview Tuesday. “I want to create something that will be a destination place that will bring attention to Vaucluse.”

Wyatt’s goal is to construct a building that would house a restaurant and a general store on land he said he and his son, Tom, own at the corner of Senn Street and Walton Street.

The property, which is next to Vaucluse Pond, is part of the Vaucluse Mill Village Historic District, which is listed in the National Register of Historic Places.

The new building would be located where two other structures now stand.

The existing buildings, which are vacant, have been there since the early 1900s and were used for different purposes over the years.

One was a general store, a grocery store and a community center. The other was a warehouse and a movie theater.

“I have experience with restoring buildings,” Wyatt said. “I bought The Willcox (in Aiken in the 1980s) and redid it. I know what’s feasible and what isn’t feasible. But these buildings (in Vaucluse) have become so deteriorated. Rotten is rotten. They also are so close to the road that it actually would be dangerous if you tried to put anything in them.”

The structures are in the process of being torn down.

Work has been halted temporarily, Wyatt said, because of issues related to asbestos and obtaining the proper paperwork from the S.C. Department of Health and Environmental Control.

But Wyatt expects the demolition to resume soon.

“We will try to use as much of the wood as we can in the new building, which will be set back from the road and have landscaping in front of it,” Wyatt said. “It will extend out over the pond, and there will be a deck where people can sit and have dinner.”

Wyatt has asked Aiken architect McDonald Law for design suggestions, and Wyatt also might consult with others to find a style that doesn't clash with Vaucluse's overall appearance.

“It will have a concept similar to a Cracker Barrel, but it won’t look like a Cracker Barrel,” Wyatt said. “The store will have staples like milk and bread, it also will have hardware-type stuff. It will carry things like you could get at Walmart, but on a smaller scale.”

Gift items also will be available.

As for the restaurant, Wyatt believes that a focus on seafood would be a good idea.

“It will be open three nights a week – Thursday night, Friday night and Saturday night,” he said. “The general store could serve hamburgers, hotdogs and sandwiches every day.”

While Wyatt will be the driving force behind the new building’s construction, he hopes to find someone to lease it when it is finished and operate the general store and restaurant.

“We are going to be talking to some restaurant people about this concept,” Wyatt said. “I don’t know how to run a restaurant, and I want to find the right person.”

Also on the Vaucluse property is another smaller building that serves as a post office.

“We won’t tear that down,” Wyatt said. “We’ll let it sit there, and I think we would try to preserve it.”

But he believes it would make sense to move the post office to the new general store/restaurant building.

“The post office closes at 4:30 in the afternoon now, and many people don’t get off work until 5 o’clock,” Wyatt said. “People could come in at other times to get their mail (in the new building).”

According to Aiken County land records, the property on Senn Street is about a half-acre in size. GAC LLC, an entity associated with Wyatt, purchased it for $10 from Avondale Mills Inc. in 2007.

Wyatt said he has sentimental feelings about the property because, as a teenager, he worked in the building on it that used to be a grocery store.

Offering advice and other assistance to Wyatt on the Vaucluse project is Horse Creek Trust President Turner Simkins.

Horse Creek and Turner are involved with Graniteville Restoration Partners in the effort to redevelop and repurpose parts of the Graniteville and Vaucluse, including the abandoned Vaucluse Mill and its property.

“To the extent that I can, I would like to help out and make sure that whatever happens is done in a way that ultimately enhances the future of the area,” Simkins said. “Right now, we see the Vaucluse Mill being used as housing that would have higher-end loft apartments. Any community needs a place where it can get staples like sugar and milk, so what gets done on that corner (in Vaucluse) would be a great way to serve existing and future residents.”