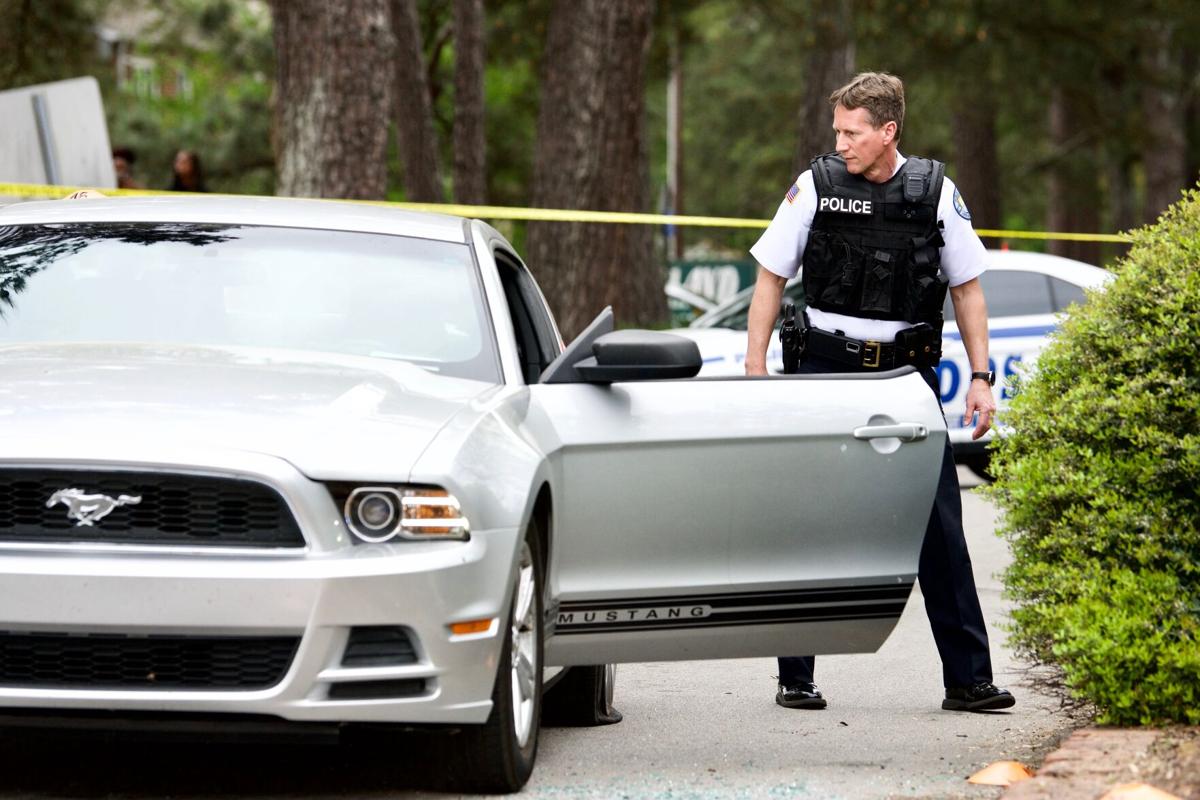 Police responded to a shooting near an entrance to Crosland Park early Thursday evening. A person with the Aiken Department of Public Safety inspects a car inside a taped-off area. (Colin Demarest/Staff) 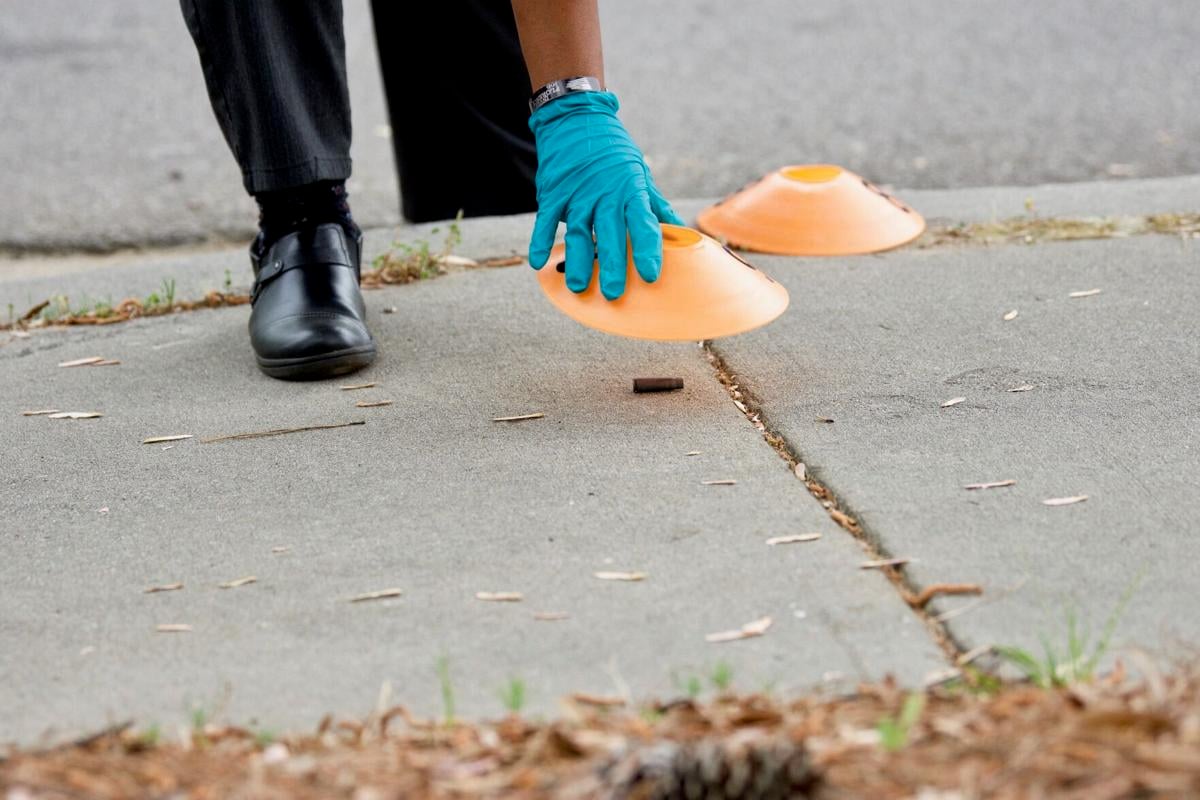 Police are investigating a shooting that occurred Thursday near an entrance to the Crosland Park neighborhood in Aiken.

No injuries had been reported as of 9 p.m., about four hours after the initial call went out. Two people had been arrested on unrelated drug charges, though, according to the Aiken Department of Public Safety.

Casings littered Aldrich Street, near the York Street Burger King, where police had two cars taped off early in the evening. The back window of one car, a Mustang, was blown out. The second car had jumped a curb and smashed into a tree.

The finer details of the shooting — what, exactly, the cause was, how many people might have been involved, or how it played out — were not disclosed in the department’s nighttime announcement.

Public Safety and the Aiken County Sheriff's Office responded to the scene initially.

Officials are urging those with information to call 803-642-7620 or to submit an anonymous tip to Crime Stoppers.

This article will be updated as more information becomes available.