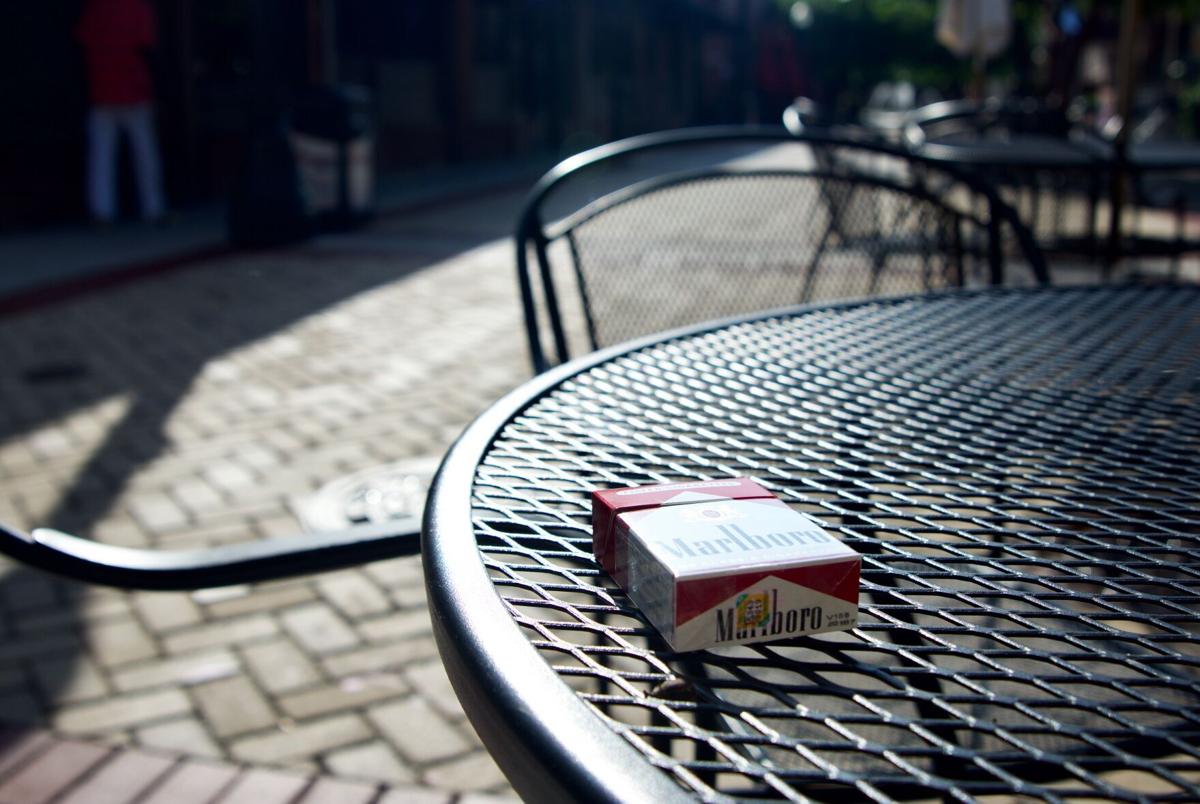 A petition to ban smoking in The Alley, pictured, was recently submitted to the City of Aiken. 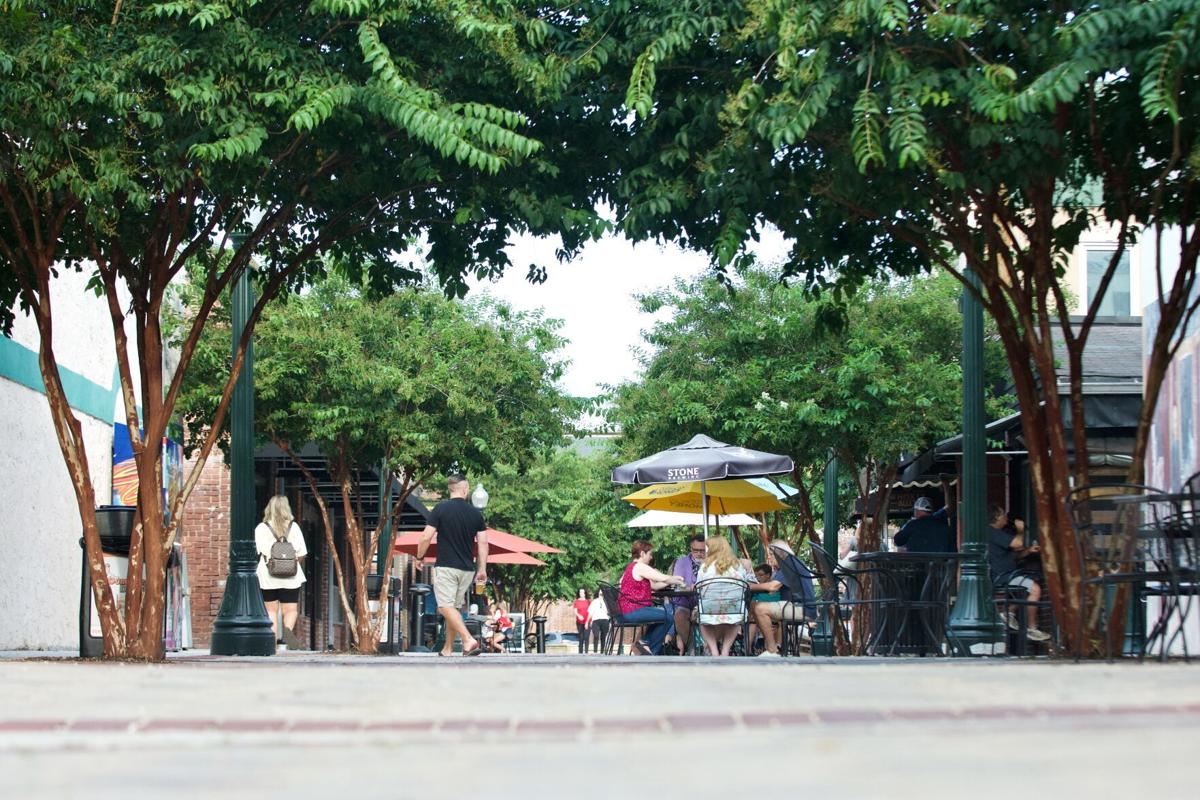 A view of The Alley in downtown Aiken from Laurens Street on Friday evening. 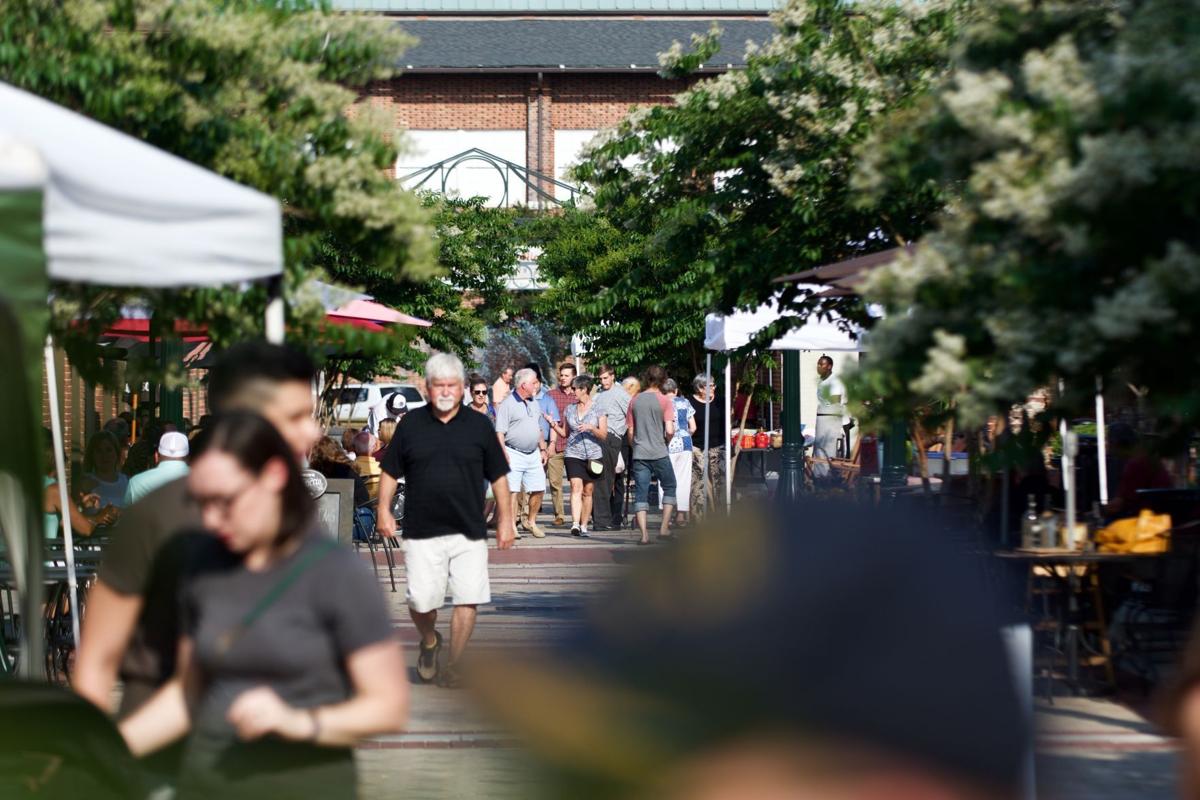 The Thursday Market in The Alley, a recurring summertime event, is pictured.

A petition to ban smoking in The Alley, pictured, was recently submitted to the City of Aiken.

A view of The Alley in downtown Aiken from Laurens Street on Friday evening.

More than 180 people have formally lobbied the City of Aiken to ban smoking in The Alley, a bustling downtown strip home to restaurants, bars, businesses and, pre-pandemic, concerts and other live entertainment.

A petition with pages of signatures was submitted to the city Monday, Aiken City Manager Stuart Bedenbaugh confirmed, and has since been circulated among City Council members. A few of the signatories hail from as far away as South Hamilton, Massachusetts, and La Habra Heights, California.

It's the first petition to bar smoking in The Alley that Bedenbaugh has seen since joining the city in 2011. But, Bedenbaugh said, there's been a recent history of informal conversation of such action among city residents.

"Regularly, individuals will share with me their view that they think The Alley could be more enjoyable with smoking not being allowed," he said.

The push to ban smoking in The Alley – a pedestrian-only stretch tying together Laurens and Newberry streets and Park Avenue – was organized by Jen Easters, with the actual petition made available online via change.org.

Easters, a former Aikenite who now lives in nearby Georgia, told the Aiken Standard the purpose of the petition was to make The Alley more palatable, especially at a time when the coronavirus public-health crisis has driven diners largely outdoors.

A recent outing to and meal in The Alley, Easters said, was ruined by smoke wafting from cigarettes a touch too close to the table.

"I asked my friends," Easters said Thursday, "'Why has nobody done anything about this?'"

The Alley has been a point of pride for the city, which worked for years to develop and transform the former road and its surroundings into what it is today. The Alley itself is often featured in promotional materials and is used in the city's attractiveness pitch.

But The Alley sometimes suffers an identity crisis: Families and younger children are often seen there in the earlier hours, whereas late nights are populated with revelers. Restaurant staff take smoke breaks. Bar-goers take drags between sips of their beers or cocktails. And the divided crowd can bristle, cutting glances and hushed comments included.

Easters emphasized her aim wasn't to make The Alley more family friendly, as some have previously sought or advocated.

"My point was: What a shame," she explained. "We're at a time when we're in a pandemic … and here we are with the cigarette smoke."

The city manager "absolutely" believes the Aiken City Council could restrict smoking in The Alley, as it is city-owned property. (The Municipal Building, where City Council meets, abuts The Alley to the south. Live music can be heard from council chambers.) The exact approach – an ordinance or resolution, for instance – would need double checking, he said, and City Council would likely workshop the idea before moving forward with it, if at all.

Greater Aiken Chamber of Commerce President and CEO J. David Jameson this week said his team is for now "neutral" on the smoking ban.

Masks, face coverings required in New Ellenton as of Friday

"I know that restaurateurs and some of the retailers are kind of split on it also," he continued, "whether it's the right thing to do."

Aiken Mayor Rick Osbon on Friday said there are several factors and loads of information to weigh when it comes to the suggested restriction – especially at a time when restaurants are hurting badly and many businesses are trying their best to reel in as many customers as possible.

"There's a lot of things to consider," the mayor said.

A few people in downtown Aiken this week expressed disapproval or mild indifference when asked about a smoking ban in The Alley; one of the people informally polled said it would be more of an inconvenience than anything else. Designated smoking areas, the person suggested, could be a good compromise.

At least one business in downtown Aiken supports the proposed ban.

The Centers for Disease Control and Prevention has argued that smoke-free policies do not adversely impact the hospitality industry, citing studies in Colorado, Kentucky, Massachusetts, Minnesota, New York, Texas and Washington. Outdoor smoking bans have been enacted in places such as USC Aiken, now a tobacco-free campus.