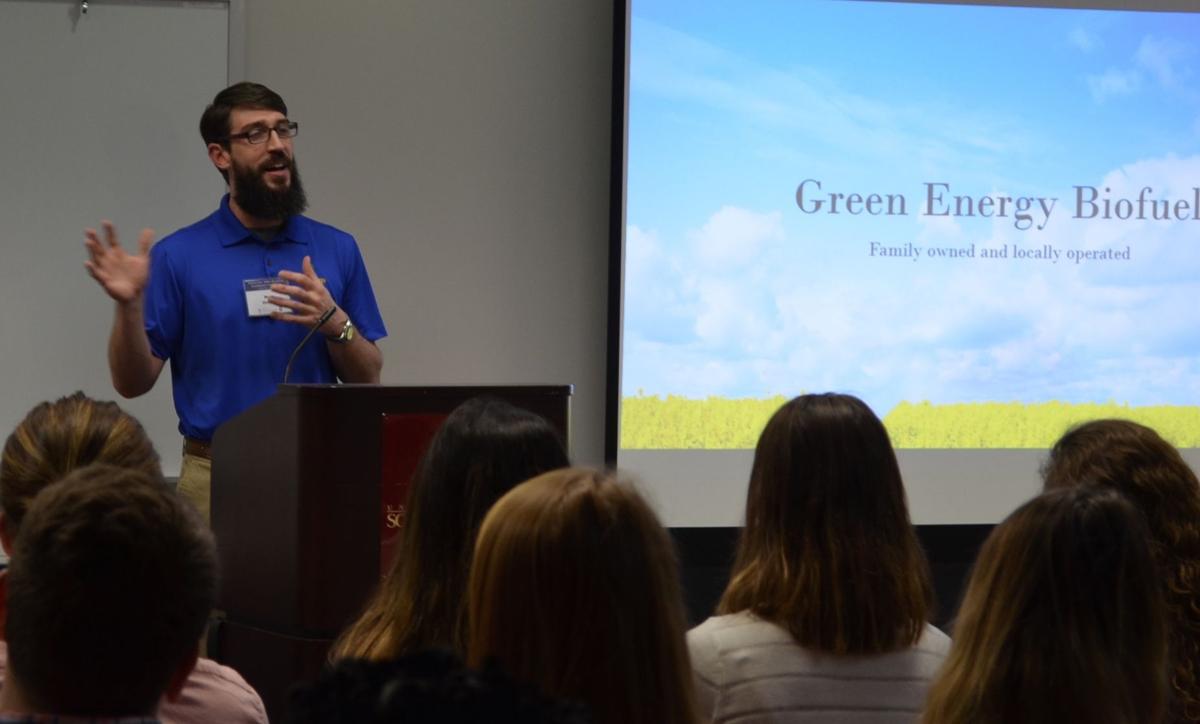 Green Energy Biofuel COO Matt Osteen speaks at the Business Leadership Symposium on Thursday at USC Aiken. Students at the school asked several questions about choice of major, internship and job opportunities, and the business of biofuel. 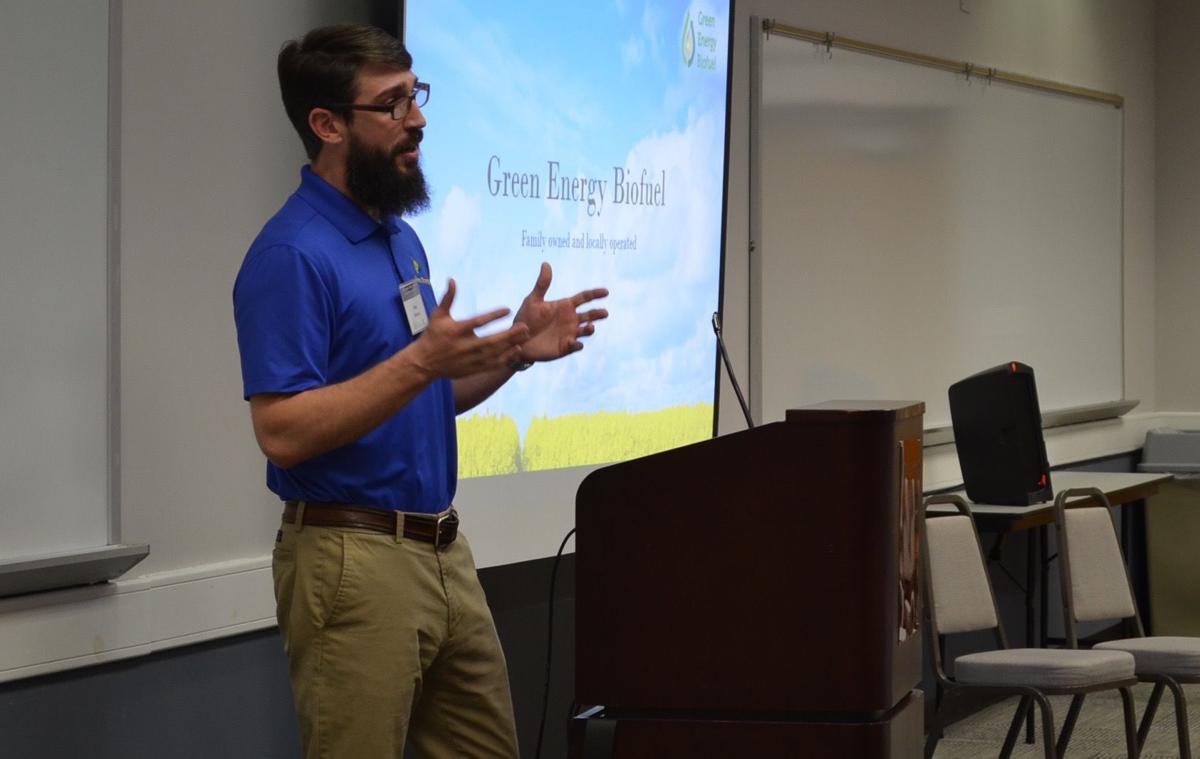 Green Energy Biofuel COO Matt Osteen speaks at the Business Leadership Symposium on Thursday at USC Aiken. Students at the school asked several questions about choice of major, internship and job opportunities, and the business of biofuel.

Green Energy Biofuel made waves at the Business Leadership Symposium at USC Aiken on Thursday with talk of expansion, employment and alternative fuel sources.

"I don't know how many of y'all are getting ready to graduate, but our expansion plans are moving rather quickly," said COO Matt Osteen to USC Aiken students at the symposium.

Green Energy Biofuel up-cycles and processes waste oil from a variety of sources, such as cooking oil from restaurants and large-scale food manufacturers.

"Oil used to cook our food, which in the past was landfilled by the millions of gallons, is collected, purified, then converted into golden delicious biodiesel that can run in any diesel engine without modifications," according Green Energy Biofuel's website. "It burns more efficiently than petroleum diesel, lubricates the engine, cleans out engine particulates, and emits less pollutants than petroleum diesel."

According to Osteen, it can also "smell like french fries" when being burned in an engine.

CEO and co-owner Joe Renwick started the company after making his first batch of biodiesel in his garage in North Augusta. The facility in Aiken, which opened last year, produces biodiesel feedstock. Osteen, who graduated from USC Aiken, said it produces around 65,000 gallons a day, though its production capacity is even higher.

It is the only female-owned biofuel company in the nation, with co-owner Beth Renwick owning 51 percent of the company.

Osteen said what drives the business is a mix between sustainability and an environmentally-friendly mindset.

"We are carbon-neutral as a business," Osteen said. "We do not produce any waste from what we bring in."

The company currently sources only a small amount of waste oil from some restaurants in Aiken, but Osteen said they would be happy to include more local restaurants to the list.

"We can service any restaurant around here," Osteen said. "…I would love to see that number go up. That would be fantastic."

The Aiken facility employs around 40 people locally and is capable of processing around "60 million gallons of used cooking oil" a year, according to the company's website.

They use a fleet of 37 trucks to transport their product to biodiesel manufacturers across several Southeastern states.

A new, innovative way to create fuel now has a major base of operations in Aiken County.