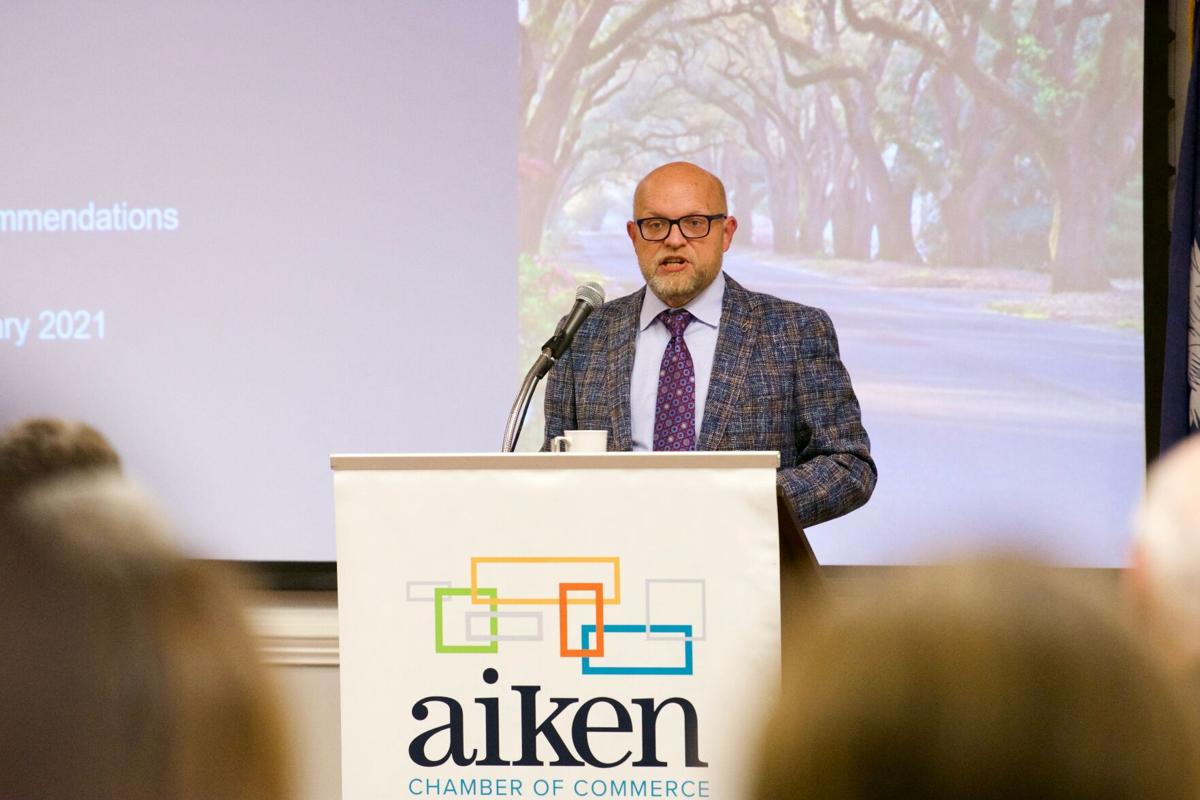 Tim O'Briant, the economic development chief with the city of Aiken, speaks at an Aiken Chamber of Commerce forum Friday morning at Newberry Hall. 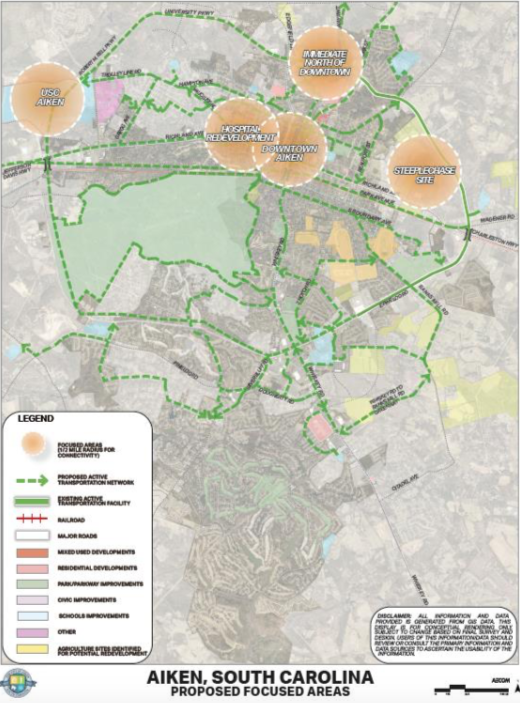 A nearly finalized economic development blueprint produced by experts for the city of Aiken has reinforced, if not confirmed, goals the local government and private sector have for years pursued.

To better position itself for the future, the AECOM study states, the city should attract and retain new residents of various ages and generations; identify areas for growth and development; leverage key investments, like the prospective DreamPort cybersecurity complex and the Advanced Manufacturing Collaborative at USC Aiken; promote the region’s “rich equestrian heritage”; and beautify neglected gateways in an effort to “enhance” and tease “the true charm” of the city.

The recommendations break down further: investing in education, health care services and minority businesses; partnering with the Hitchcock Woods Foundation and the horse community; and supporting housing options at diverse price points, for example, could pay dividends.

Areas of specific importance and focus, the review mentions, include downtown Aiken (the city’s secret sauce, O’Briant said), the Northside and the eastern flank near the new steeplechase property.

“Again, this is a document of lists of jobs to be done,” O’Briant said at the First Friday breakfast at Newberry Hall. “That’s an exciting way to start 2021, with a long list of things to do and good people to do it.”

About 20 other studies and analyses, dating back to 2001, informed the unfinished AECOM evaluation, which will eventually be passed through the Aiken Municipal Development Commission and on to City Council for adoption and distribution.

That could happen soon. The development commission has already flipped through a preliminary version of the report and found it helpful.

Mayor Rick Osbon and City Council members, O’Briant stressed, have “made it absolutely, abundantly clear over the last four years or so that economic development is a very high priority for our community and for them as elected officials.”

“It will really be a rallying cry for our entire community,” the economic development chief continued. “You know, ‘What do we need to do to better ourselves?’ Because, like I said, Aiken is an exceptional community, but every community can grow.”

Aiken Chamber of Commerce President and CEO J. David Jameson on Friday said his team was taking the AECOM-handled plan seriously. It is not, he said, an idle request.

Partnerships and cooperation, he added, will be key to getting things done.