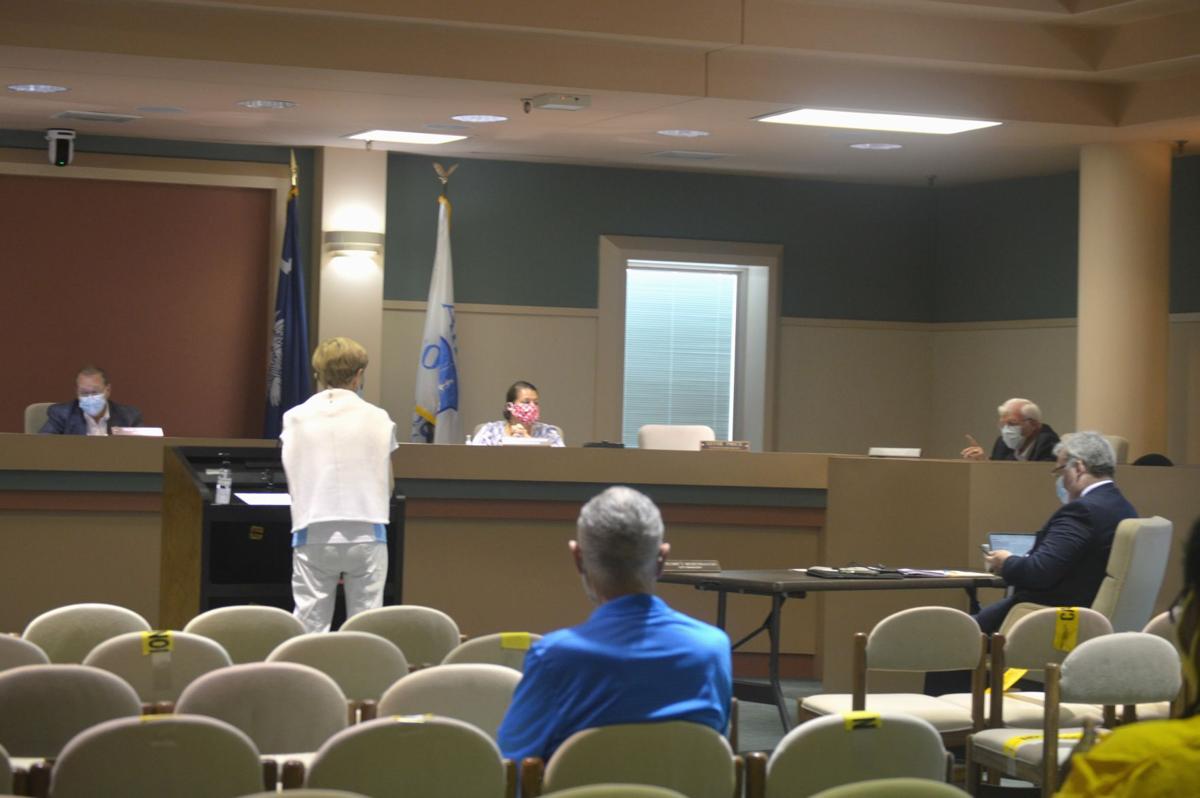 Six residents attended the City of Aiken's special Thursday meeting to express their views on a resolution to encourage mask wearing in public. 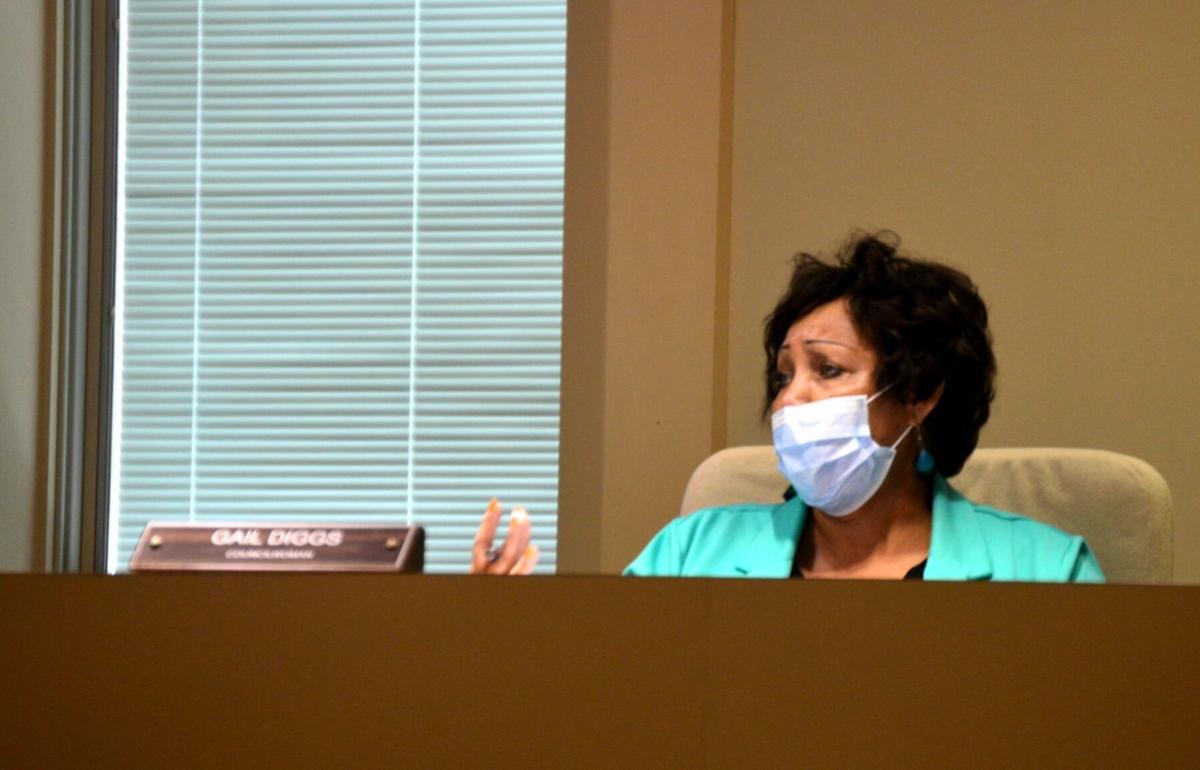 Gail Diggs implores residents to wear a mask in public at the special Thursday meeting. A survivor of various ailments, Diggs said she has personally seen the impact the coronavirus has had on residents and insists that being socially responsible would ensure lower cases in the future 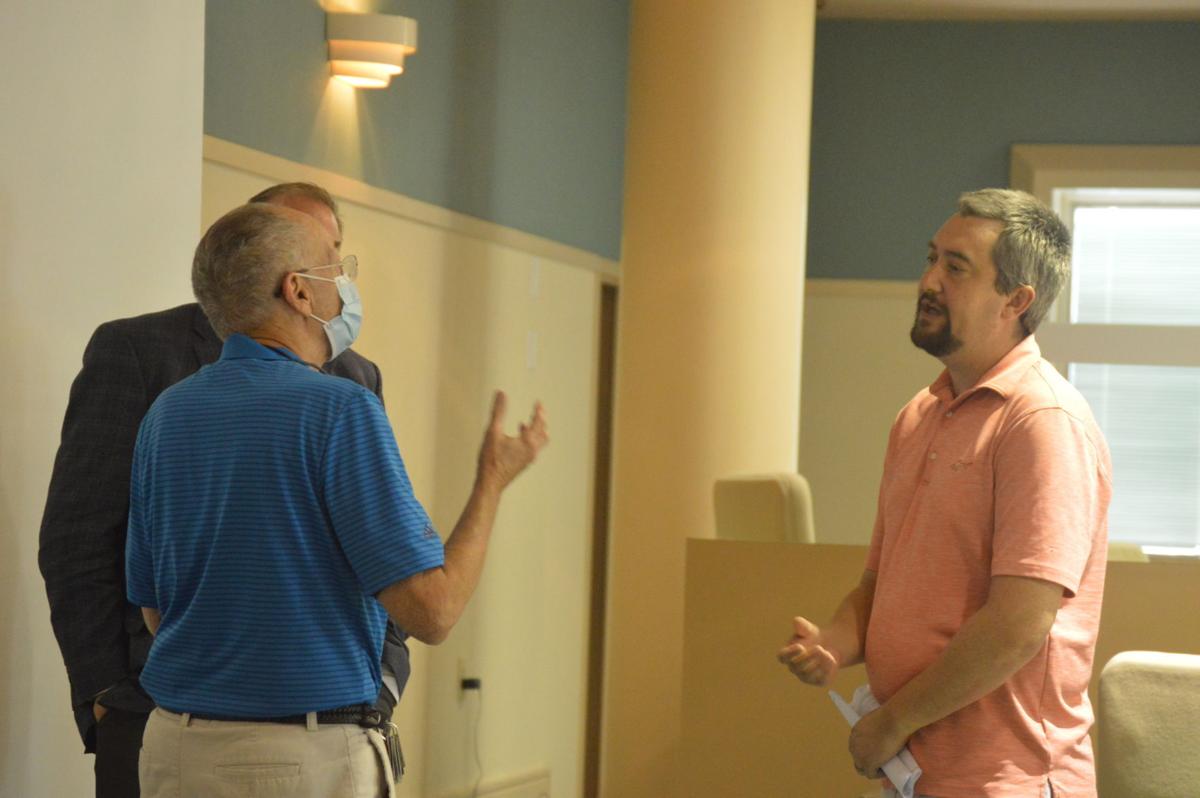 Six residents attended the City of Aiken's special Thursday meeting to express their views on a resolution to encourage mask wearing in public.

Gail Diggs implores residents to wear a mask in public at the special Thursday meeting. A survivor of various ailments, Diggs said she has personally seen the impact the coronavirus has had on residents and insists that being socially responsible would ensure lower cases in the future

Passions flared in the Aiken City Council Chambers on Thursday during a special called meeting as members agreed on a resolution encouraging the Aiken public to wear face coverings in enclosed public places.

The resolution cannot compel residents to wear masks in public, but acts as a strong plea for them to do so.

"The resolution is a good start, but it's a Band-aid on the problem," Council member Lessie Price said after council voted on the resolution. "We need to move to an ordinance."

City Council voted unanimously to pass the resolution after several citizens came forward to express their thoughts on the issue. However, some council members and citizens alike are adamant about passing an emergency ordinance to mandate wearing masks in public.

Following the vote, Aiken City Manager Stuart Bedenbaugh said he would work with the city attorney to construct an ordinance for future review. He suggested the best option would be to make it an emergency ordinance, which lasts 61 days.

Bedenbaugh cited 26 cities and three counties in South Carolina that have passed similar ordinances so far.

"Three to four of them are resolutions, but the rest are ordinances," Bedenbaugh said.

Several citizens praised it as a first step, with the majority asking why the council wasn't considering an ordinance.

"What I'd like (council) to address is why everybody … keeps saying 'we don't have the ability to enforce masks,'" said Arnold Gellman, a retired physician who now lives in Aiken. "We're so lucky here in Aiken, I'm so glad to be here, but we don't know how long we're going to be safe. People will come here, and if it gets to a certain point, we'll all be at risk as well."

Aiken County remains low in the number cases compared to other counties in the state, Bedenbaugh said. Aiken County surpassed 400 cases and 10 deaths as of Thursday afternoon.

S.C. Gov. Henry McMaster repeated his June 26 declaration during Wednesday's briefing that there would be no additional restrictions such as closing beaches or issuing a statewide mask mandate.

"If passing a law with a stiff criminal penalty stopped crime, we wouldn't have any crime in this state," McMaster said Wednesday. "(There) wouldn't be a soul in the jails. But passing a law – having a resolution … it may help, but it does not stop it. We cannot enforce this."

McMaster previously referred to a mask-wearing mandate as "impractical" because it is "not enforceable" on the state level.

Aiken resident Kelsey Dodson, who did not wear a mask because of a respiratory ailment, took a neutral stance on the council's resolution.

While Dodson encouraged the promotion of face masks in public, he said he felt it was the city's job to inform the public rather than issue a mask mandate, citing the Declaration of Independence on individual freedom.

"Encourage (residents) with any other options you can ... rather than (start) something that can later be the building block for a mandatory ordinance that I personally feel is a violation of my rights," he said.

Following Dodson's comments Council member Gail Diggs discussed the effects she's seen on her constituents as well as the patients she's seen at the health clinic where she works.

"I've had five family members who have died from this virus, some of them gone much too soon," Diggs said. "I've seen the severity of this virus."

Diggs, a lupus and cancer survivor, implored the community to wear masks and think of others who are more susceptible to the virus.

"This virus is not going away right now, it has too many willing hosts," she said.

Council member Andrea Gregory, the mother to a young daughter, said it was important to better educate the public.

"I hate to say this, but the City of Aiken has not encouraged education and put out the material that need to be put out in the proper manner," she said. "We're taking this resolution as a step in the right direction from leadership to encourage and strongly remind people in our community about the repercussions of not being socially responsible."

Health officials in states such as California have already mandated masks in public, though people with medical conditions that prevent them from wearing masks are exempt.

Disobeying the order can result in a misdemeanor or a fine in California.