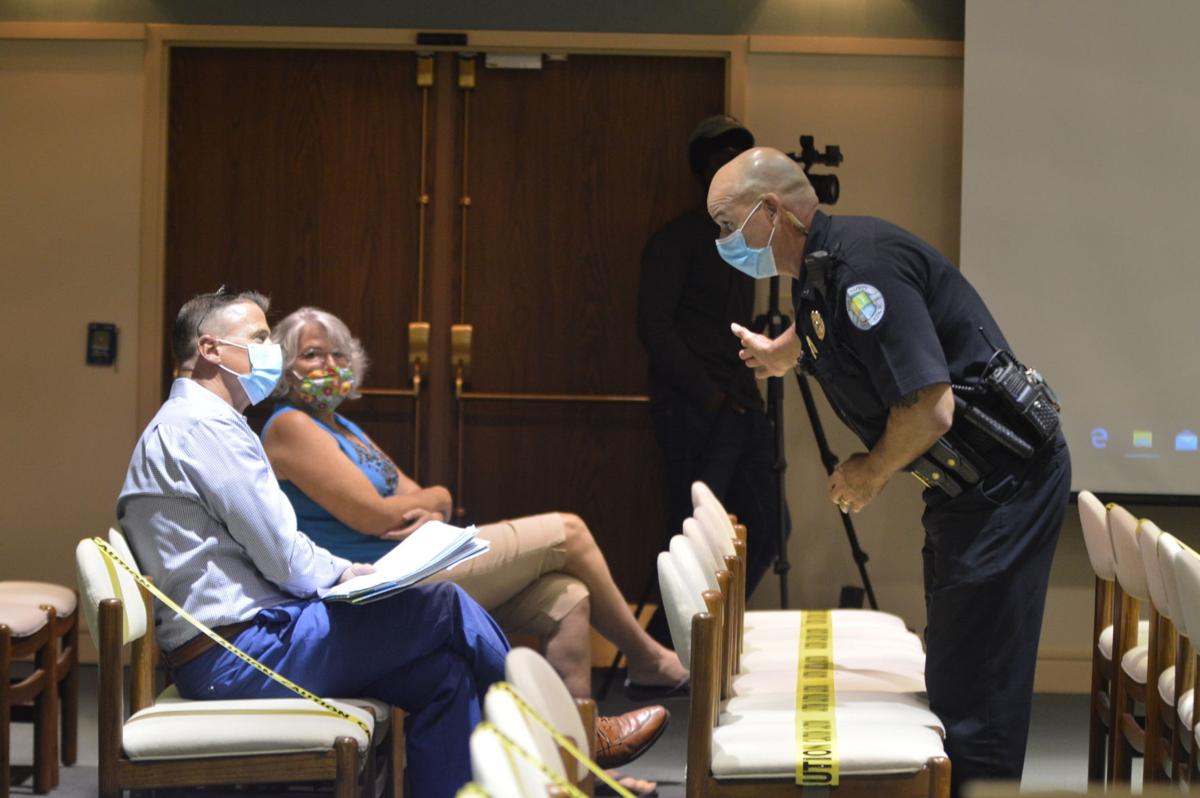 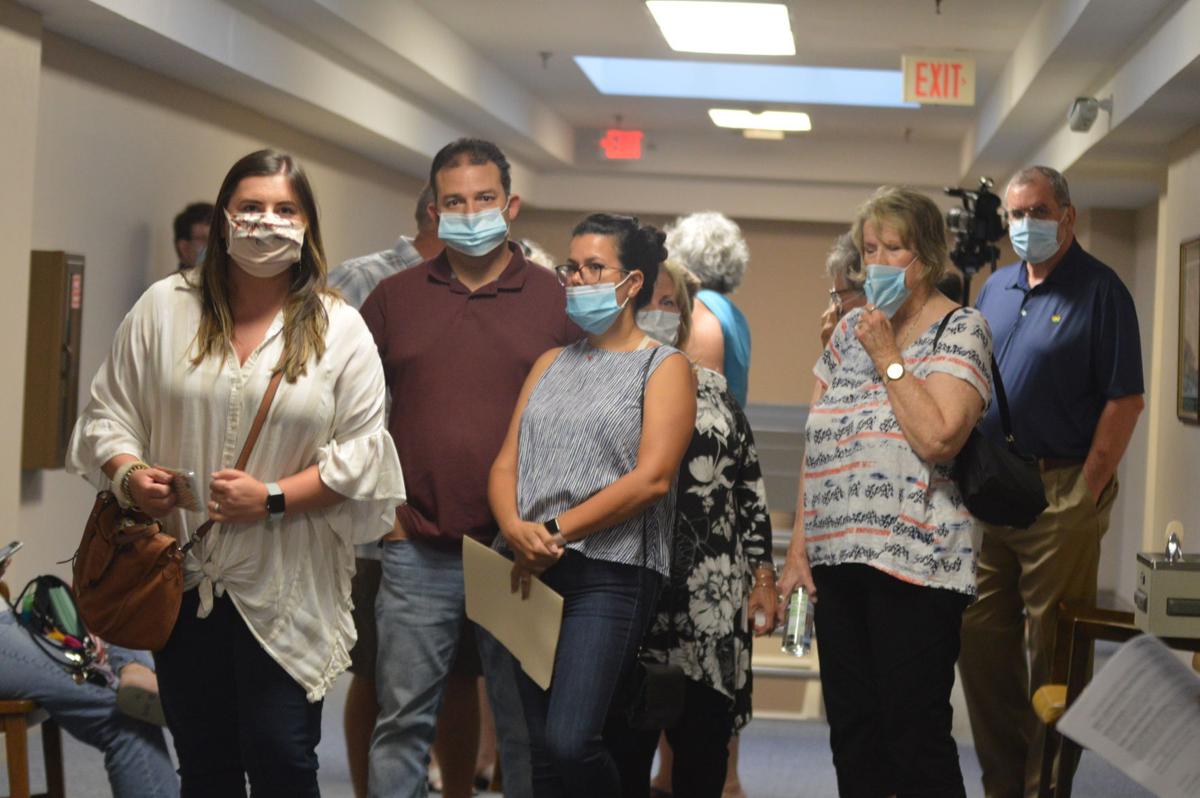 A crowd of people wait outside the Aiken Municipal Chambers to comment on Aiken City Council's mask mandate ordinance. 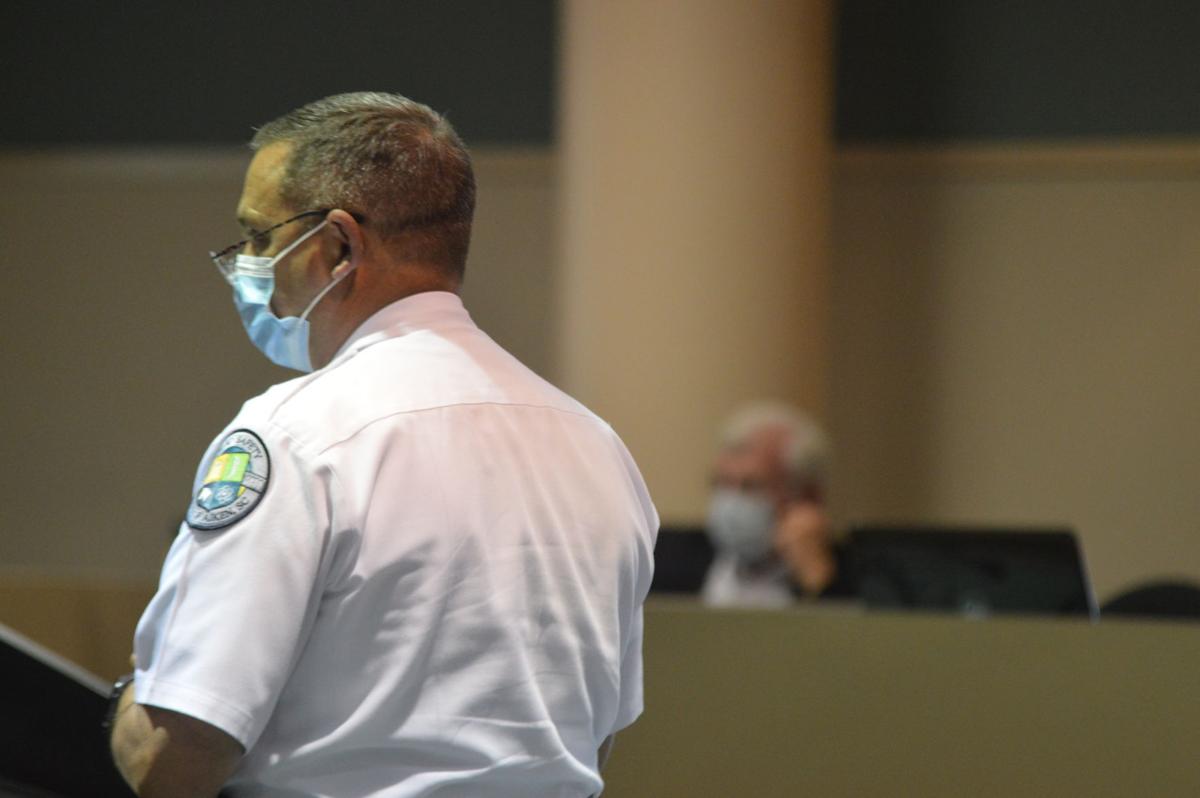 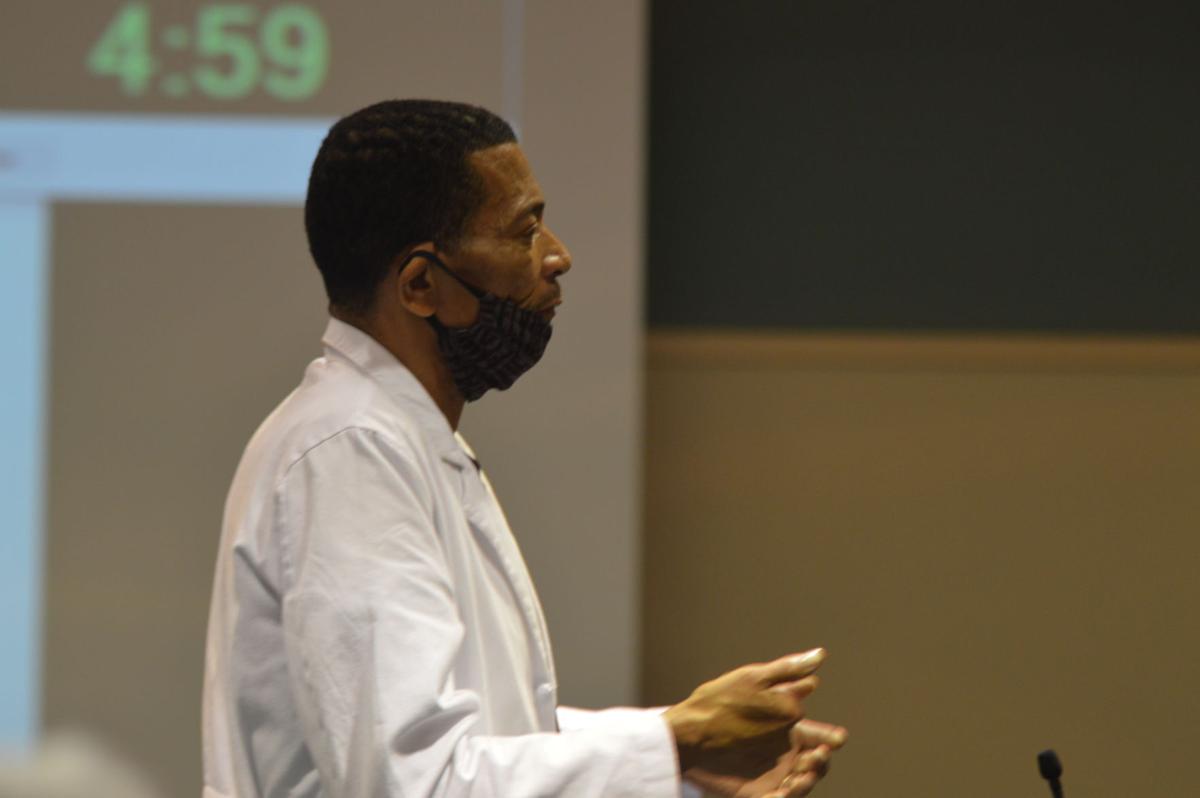 A crowd of people wait outside the Aiken Municipal Chambers to comment on Aiken City Council's mask mandate ordinance.

The City of Aiken will soon be a mask-mandated town.

After a two-and-half-hour debate with Aiken residents, Aiken City Council voted 5-2 to pass an emergency ordinance that will go into effect at noon Friday and last 61 days.

The mandate requires for customers to wear masks in retail and in foodservice establishments with exemptions.

The majority of people who attended Council's Monday night meeting were against the ordinance that would mandate the wearing of masks.

City Manager Stuart Bedenbaugh stated at the start of the meeting that 84 comments were submitted electronically to the city. A total of 49 were in favor while 35 were opposed to a mask ordinance.

At the start of the meeting, City Attorney Gary Smith said that it was his opinion that Osbon could participate in the meeting via telephone.

"If we need to extend the emergency ordinance we can," Osbon said before the vote. "I hope we don’t have to."

In a work session before the meeting, Aiken Department of Public Safety Chief Charles Barranco explained to council what the ordinance would mean for residents who break it.

If Public Safety is called to a business for a resident who will not wear a mask, an officer can ask the resident to leave or wear a mask.

If the resident refuses to do either, the resident can be charged with a misdemeanor trespassing fine up to $1,037 and/or 30 days in jail, Barranco said.

"We do expect to get a lot of calls, but it's hard to say right now," Barranco said.

While the council chambers had a 22-person max capacity to abide by health official guidelines, dozens more waited outside the chambers to comment.

One man, Aiken Resident and business owner Gene Hart, was removed from council chambers by a Public Safety officer shortly before council took its vote.

Hart stated beforehand the mandate was too rigorous on both his employees and customers and could lead to unwanted confrontations with Public Safety.

“The police could be in my lobby harassing someone with health conditions and I find that not to be in good standing at all,” Hart said.

Girardeau’s reasoning was that the resolution passed two weeks prior was not “given the chance” to take effect.

Girardeau stated he wasn’t against either ordinance per se but that the resolution should have had time to work.

“We went straight in (an ordinance) … and I think you’re selling the community short,” Girardeau said.

A few residents such as Kenneth Jones, a doctor at Rural Health Services, spoke in favor of the mask ordinance, citing recent studies that show how masks prevent bodily fluids from spreading.

Over 2,200 new COVID-19 cases were confirmed in South Carolina on Tuesday, including 67 in Aiken County.