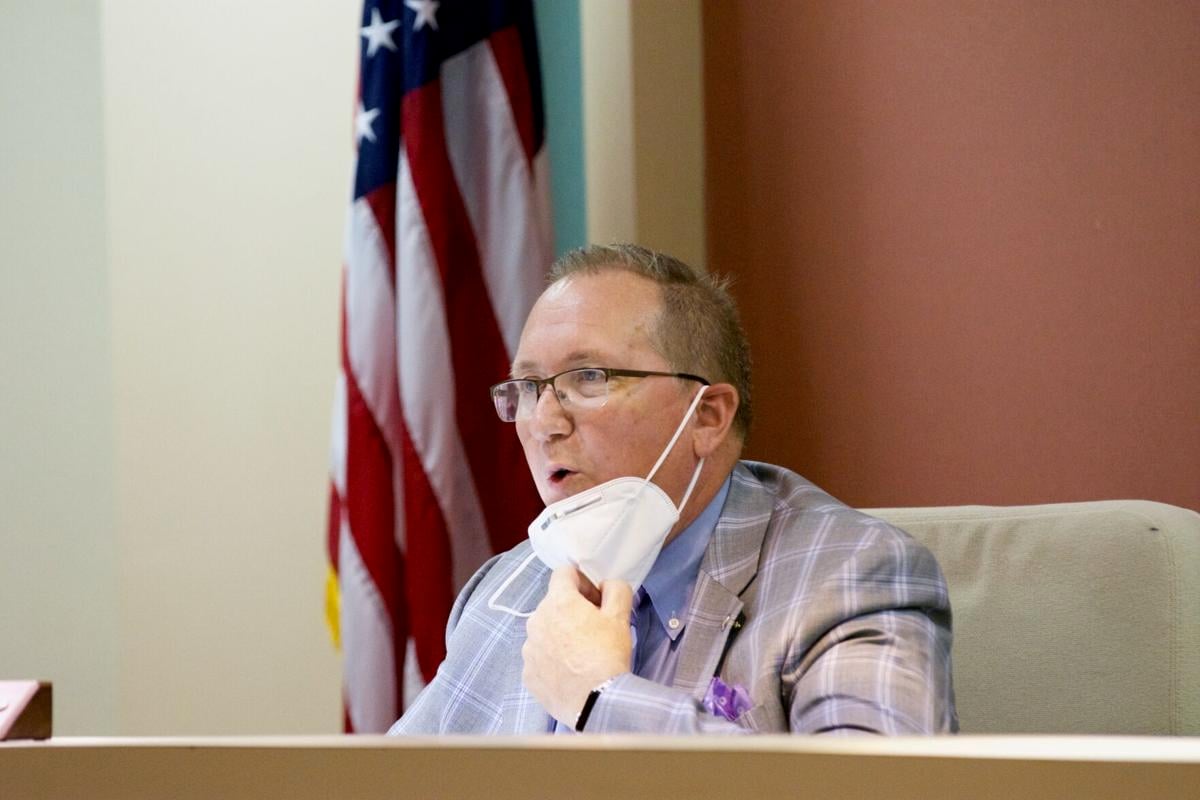 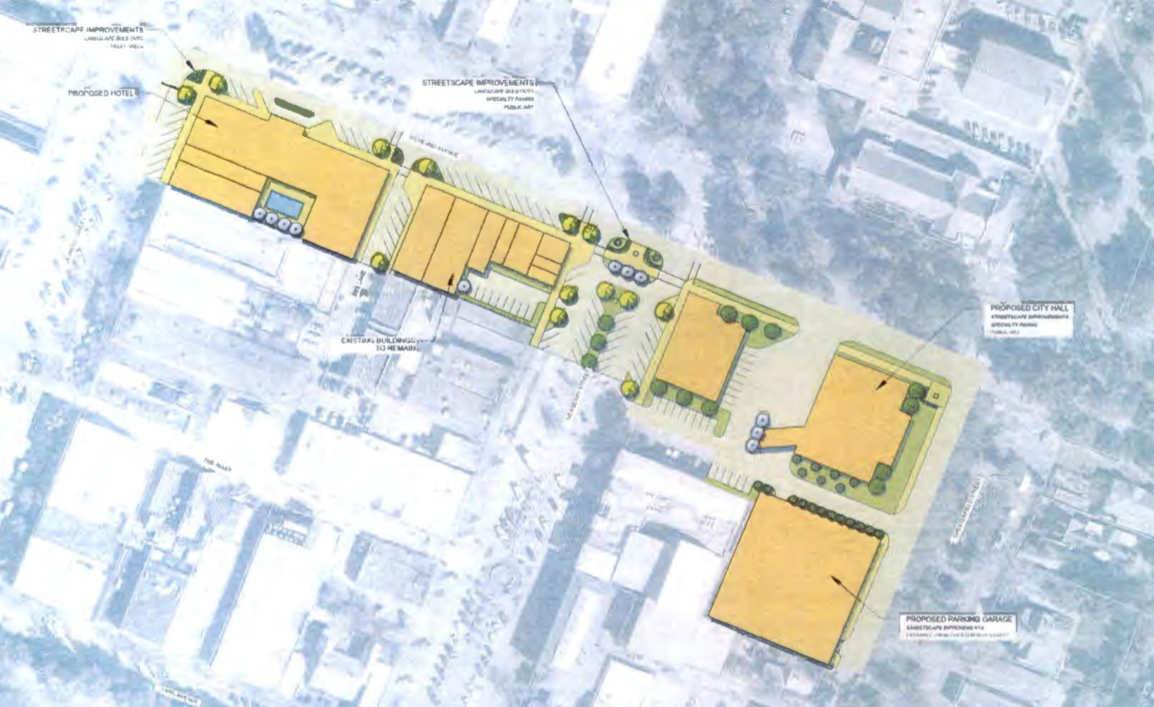 This map, included in the Aiken Municipal Development Commission's redevelopment plan, shows Hotel Aiken to the far left and the former Regions Bank building to the far right.

This map, included in the Aiken Municipal Development Commission's redevelopment plan, shows Hotel Aiken to the far left and the former Regions Bank building to the far right.

The Aiken City Council on Monday night approved a commission's proposal for downtown redevelopment, simultaneously setting the stage for further consideration and review while not committing the city to any one project or multimillion-dollar undertaking.

Council's approval of the Aiken Municipal Development Commission's brainstorm for a well-traveled stretch of Richland Avenue, between Laurens and Chesterfield streets, was unanimous.

Included in the newly accepted plans – a nonbinding vision of what could be – is a completely revamped Hotel Aiken; a strip of neighboring businesses and stores straddling Newberry Street; a finalized city hall, reviving and repurposing the former Regions Bank building; and public parking, potentially a parking garage, in the past a dicey subject.

The upgrades in total, both public and private, would cost upward of $35.5 million, city documents show. The reboot of the historic hotel, now years in the making, could cost $15 million. A 180-space parking garage would not exceed $4.5 million. And streetscape enhancements, like landscaping and places for art, could run up to $2 million.

Plenty of funding options are available; almost a dozen, including some federal, were listed for City Council's review.

The development commission focused on this specific stretch of Richland Avenue because, according to city documents, it is home to "dilapidation, obsolescence" and "deterioration," among other blights.

The city has for years worked to improve and brandish the image of downtown. The Alley, the dining-and-entertainment web connecting Laurens and Newberry streets and Park Avenue, is an example of such efforts.

The Aiken Municipal Development Commission is a relatively new body.