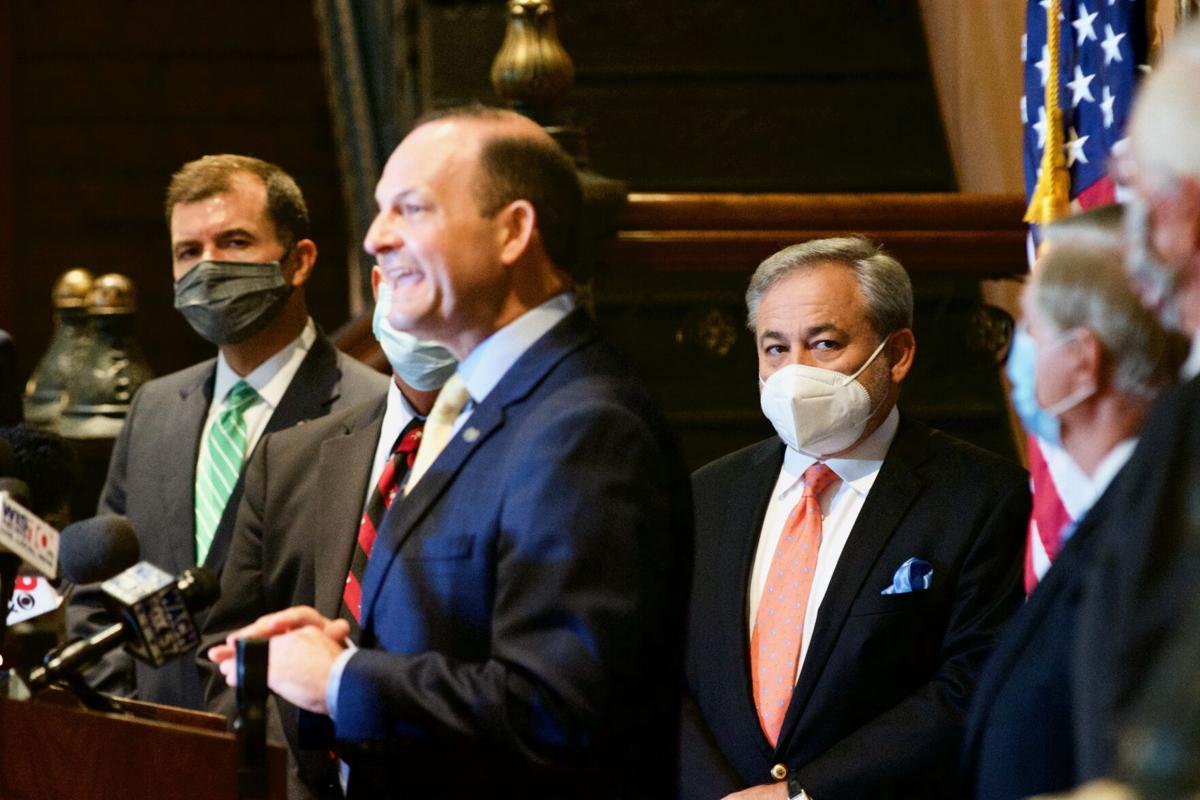 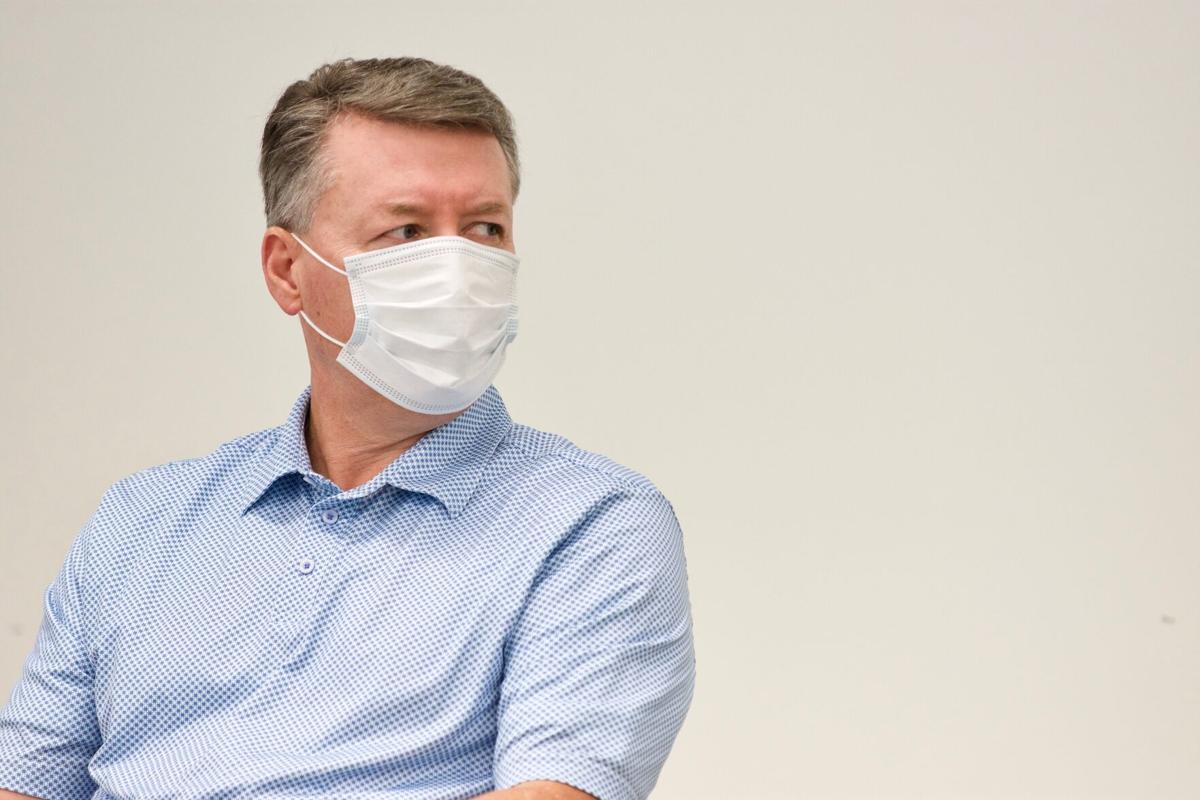 Leaders in the greater Aiken community have formally demanded that roughly $525 million of the landmark $600 million Savannah River Site plutonium settlement be given to the region they describe as most affected by – and dedicated to – long-term plutonium storage and nuclear operations: Aiken, Allendale and Barnwell counties.

In a two-page letter, dated Thursday, members of the Aiken Municipal Development Commission argue the three counties surrounding and comprising the 310-square-mile Savannah River Site deserve the largest, and only, payout, save for attorneys.

"The risk of SRS operations and shipping/storing plutonium rests squarely within these three counties," reads the missive. Signatories include J. David Jameson, the president and CEO of the Greater Aiken Chamber of Commerce, and Stuart MacVean, the president and CEO of Savannah River Nuclear Solutions, the site's top contractor and the team in charge of K-Area, where metric tons of the toxic plutonium are kept.

Plutonium is a key ingredient in nuclear weapons; it can also be used to fuel deep-space probes and voyages.

‘I have no regrets’: AG Wilson defends plutonium deal after Gov. McMaster’s rebuke

"Any effort to exploit the settlement proceeds for unrelated state projects would be a disservice to those communities who share the ongoing risk," the letter continues, its writers emphasizing that the allocation of settlement funds should be entirely objective and not based on wants, pitches, projects or lawmaker agendas.

The letter reviewed by the Aiken Standard was addressed to S.C. Attorney General Alan Wilson, who spearheaded for years legal battles against the U.S. Department of Energy, the Savannah River Site steward.

Those looped in include S.C. Gov. Henry McMaster, who, in a rankled letter of his own, objected to the state's new plutonium pact with the Energy Department; the Aiken County Legislative Delegation, which includes state Senate Majority Leader Shane Massey, R-Edgefield; the Aiken County Council; Aiken Mayor Rick Osbon; and the Aiken City Council.

Wilson and U.S. Secretary of Energy Dan Brouillette unveiled the historic arrangement at a Statehouse press conference Aug. 31. Terms of the deal, months in the making and recently polished, include a DOE promise to remove from South Carolina 9.5 metric tons of plutonium by 2037, years ahead of prior projections, and an upfront $600 million payment from the Trump administration – the single largest legal settlement in the Palmetto State’s history.

The money already being fought over is sourced from a national judgement fund; U.S. Attorney General William "Bill" Barr signed off on the move, officials have said.

Should the plutonium cache not be relocated or otherwise dealt with by 2037, the Energy Department will face reinstated fines and legal liabilities. A senior Energy Department official has said the common ground found was "more satisfactory" than what was statutorily called for.

"As you are aware, the settlement is a result of the failure of the U.S. government to fulfill its obligations to our communities in return for a good faith effort to accept plutonium from across the country," the Thursday dispatch reads.

The 9.5 metric tons, Brouillette said, could be intricately processed and sent to the Waste Isolation Pilot Plant, a repository similar to a salt mine, in southeastern New Mexico, could be staged at other Energy Department installations, or could be utilized in a faraway nuclear reactor.

Plans, though, are not concrete.

The $600 million payment should arrive in weeks, officials said at the end of August. Approximately $75 million is already reserved for attorney fees, a point McMaster took umbrage with and a stipulation Wilson defended. The Aiken Municipal Development Commission's letter acknowledges the earmark but does not disparage it.

What to do with the millions and millions and millions of dollars is ultimately up to state lawmakers and the governor. State Sen. Tom Young, an Aiken Republican, has stressed that the Aiken, Barnwell and Allendale blocs will need to cooperate, as such a hefty purse tees up a fight. Osbon, Aiken's mayor, has argued the same point.

State Rep. Bill Taylor, another Aiken Republican, has floated the idea of using the money for the futuristic Advanced Manufacturing Collaborative as well as the DreamPort cybersecurity complex, both slated for the USC Aiken campus.

The latter has been described as a S.C. National Guard priority.

"We must take advantage of the momentum of growth in this region," Wilson said of the CSRA. "The impacts of a sizable investment of the $600 million would be a great benefit to the region."

The Savannah River Site, this year marking its 70th anniversary, employs about 11,000 people. About half of the site's workforce lives in Aiken County. A sizable cohort lives in neighboring Georgia.

The Aiken Municipal Development Commission on Tuesday discussed the settlement figure and mulled what, exactly, should be done. The letter was not mentioned.

"Needless to say, that is a lot of money, a lot of money," said Keith Wood, the commission's newly elected chairman. Wood works for Amentum, the lead parent of liquid-waste contractor Savannah River Remediation. "And there are many within this community that feel that most of those funds should be forthcoming to the communities that are impacted around the Savannah River Site."

In an effort to distill some local sentiment, Jameson on Tuesday said that "if Boeing were having some settlement with the state of South Carolina, that money would go to" Charleston County.

"And I don't think in Aiken we'd be sitting here with our hand out," the chamber president added. "If BMW were having a big settlement with the state of South Carolina, I don't think Aiken County would expect any of that."