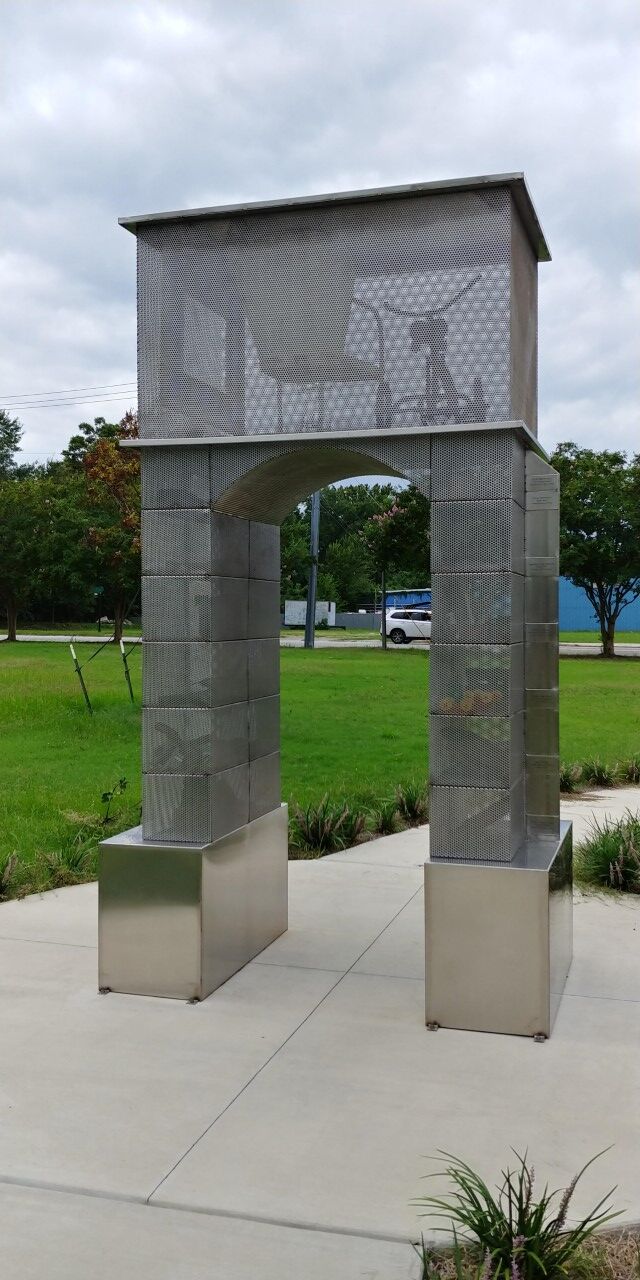 The name of the game was profit. From 1785 to 1795, the 10 years that the city served as the capital of Georgia, Augusta’s economy was based largely on the tobacco trade. Wanting his own slice of the market, South Carolinian Ezekiel Harris – not much is known of his origins except for the fact that he once lived in the Old Edgefield District – set his sights on the Georgia side of the Savannah.

Harris purchased in 1794 over 300 acres just north of Augusta and set about creating what he hoped would be his own commercial empire. He built a warehouse near the river and constructed a fine, two-story house in 1797. That house, which is now operated as a museum by the Augusta Museum of History, offered accommodations for tobacco planters who had arrived to do business with Harris. He also provided a free ferry service for growers in South Carolina wishing to let him broker the sale of their crops.

Harris also set about dividing his property into house lots, which he sold to interested parties; and the village of Harrisburg was established. Just like its founder’s business schemes, however, the municipality failed to prosper. It was only in the 1870s with the expansion of the Augusta Canal and the construction of two large cotton manufacturing complexes – the Sibley Mill on the site of the former Confederate powder works and the John P. King Company, which was reputed to be the largest such plant in the South – that the community flourished. A housing boom resulted from the construction of residences for those working in both enterprises.

The last 50 years have not been kind to the once-bustling community. Closure of both mills led to commercial stagnation, empty lots and absentee landlords. The construction of the Calhoun Expressway in the early 1980s cut the old Harrisburg neighborhood in half, further exacerbating the decline in property values.

Still, longtime residents of this community located between downtown Augusta and Summerville have tried to hang on to the area’s identity. They formed a Harrisburg West End Neighborhood Association. Most recently the residents have set their sights on public art as a means of telling the story of their past, present and future.

Just last year, the Harrisburg Portal was erected in A.L. Williams Park at the corner of Broad and Eve streets. Designed by Larry Millard, Professor Emeritus at the University of Georgia, the 10-and-a-half-foot-tall structure is formed of perforated, stainless steel boxes housing objects donated by local residents in 2018-2019. Some are personal items, such as a skateboard, a tricycle and a patio chair. Others are articles salvaged from area businesses and educational institutions: window weights from a burned residence, textile bobbins from the historic King Mill, and bricks and steel from the abandoned Martha Lester School. The boxes, 12 on each side with a single large box as the crosspiece, form a triumphal arch not unlike those erected by ancient Romans to celebrate military victories. This particular arch, however, serves as not only a neighborhood memorial but also a time capsule of sorts, encasing items of significance to area residents.

Credit belongs to the Porter Fleming Foundation, the Greater Augusta Arts Council  the Harrisburg West End Community Group and the City of Augusta for the creation of this innovative work of public art that stands as a reminder of neighborhood pride.