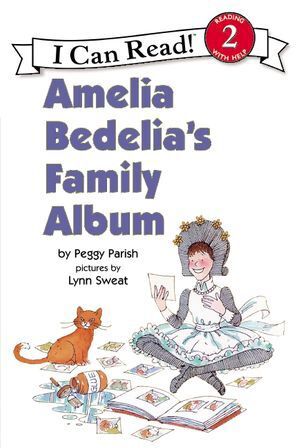 Several weeks ago, I wrote in this column about a number of commemorations involving Aiken’s 19th-century man of genius, James M. Legare, including the dedication of his grave site at St. Thaddeus Episcopal Church as an American Library Association Literary Landmark.

Given the popularity of my recent series of columns devoted to a stay-at-home reading list, I thought that I would highlight a children’s book author with South Carolina roots, one who got a literary landmark of her own just last year.

Last May, the American Library Association honored Peggy Parish with the installation of a literary landmark plaque on the façade of the Harvin-Clarendon County Public Library in the town of her birth: Manning, South Carolina. The author of 50 books, Parish is best known for her 11-volume series featuring one unforgettable character.

When they finally decide to hire a new housekeeper/cook, the fictional Mr. and Mrs. Rogers have no idea of what is in store. Indeed, with that single addition to their household, they launch a prolonged but invariably entertaining investigation into how many of our most common expressions can be misinterpreted by a literal-minded person.

Enter Amelia Bedelia, the fictional creation of Peggy Parish. In each volume in the series – from “Amelia Bedelia” in 1963 to “Amelia Bedelia’s Family Album” in 1988 – readers, both young and old, have found delight in the main character’s literal interpretations of frequently used figures of speech. When asked to “put out the lights,” for example, Amelia proceeds to hang light bulbs on the laundry line; when asked to make a chicken dinner, she prepares a meal that only a chicken might eat (in this case, cracked corn).

The inspiration for this enduringly popular children’s book character came from Peggy Parish’s classroom experiences. After graduating in 1948 from the University of South Carolina with a degree in English, she taught at the primary and secondary level for many years. Her longest period of employment was at the Dalton School, a private, coeducational college preparatory institution on New York City’s Upper East Side. While on the faculty of that school, she began writing children’s books. The rest is history. Amelia Bedelia eventually became an international sensation, her adventures translated into several languages and selling millions of copies.

Peggy Parish returned to her native Manning, South Carolina, in 1972. She continued to write books as well as conduct creative writing workshops for children and serve as an on-air book reviewer for a television station in Columbia. In 1988, at the age of 61, she died unexpectedly of an abdominal aortic aneurysm.

On an earlier visit to the coast, I stopped in Manning to see the statue of Amelia Bedelia paid for by the citizens of her native town and placed in 1999 just outside the front door of the library that now boasts an ALA plaque. Roughly life-size, as if Amelia were indeed a living person, the sculpture captures the fictional character as she was depicted in her adult incarnation. She wears a high-collared dress and full apron; on her head is a zany hat with an upturned brim adorned with five flowers with wide petals.

A small cat stands next to her right foot. Many of the Bedelia books feature a cat; indeed, the last volume penned by Parish herself, “Amelia Bedelia’s Family Album,” boasts a white cat on the back cover and on many of the inside pages. Readers who have followed Amelia’s antics after Parish’s death – her nephew Herman has continued to write books about his aunt’s popular character – might also identify the sculptured feline as Tiger, the cat Amelia adopts in “Amelia Bedelia and the Cat.”

To date, Herman Parish has augmented his aunt’s legacy by writing almost 30 additional Amelia Bedelia titles, most filling in Amelia’s backstory by concentrating on her life as a young girl. After the death of Peggy Parish, fan letters continued to be delivered to the family, many of them questioning when the next book might be published. Eventually, with the help of his late aunt’s editor and her illustrator at the time, Herman Parish decided to try his hand at creating a Bedelia narrative.

This extraordinary level of activity finds its source in one woman’s desire to teach her students that words are not always meant to be taken literally. All of the Bedelia books, both Peggy’s and Herman’s, are still in print; the publisher is HarperCollins. If you a looking for gifts for children in your family, think about a introducing them to Amelia Bedelia and thereafter engaging in what is bound to be a stimulating conversation about homonyms and idiomatic expressions.