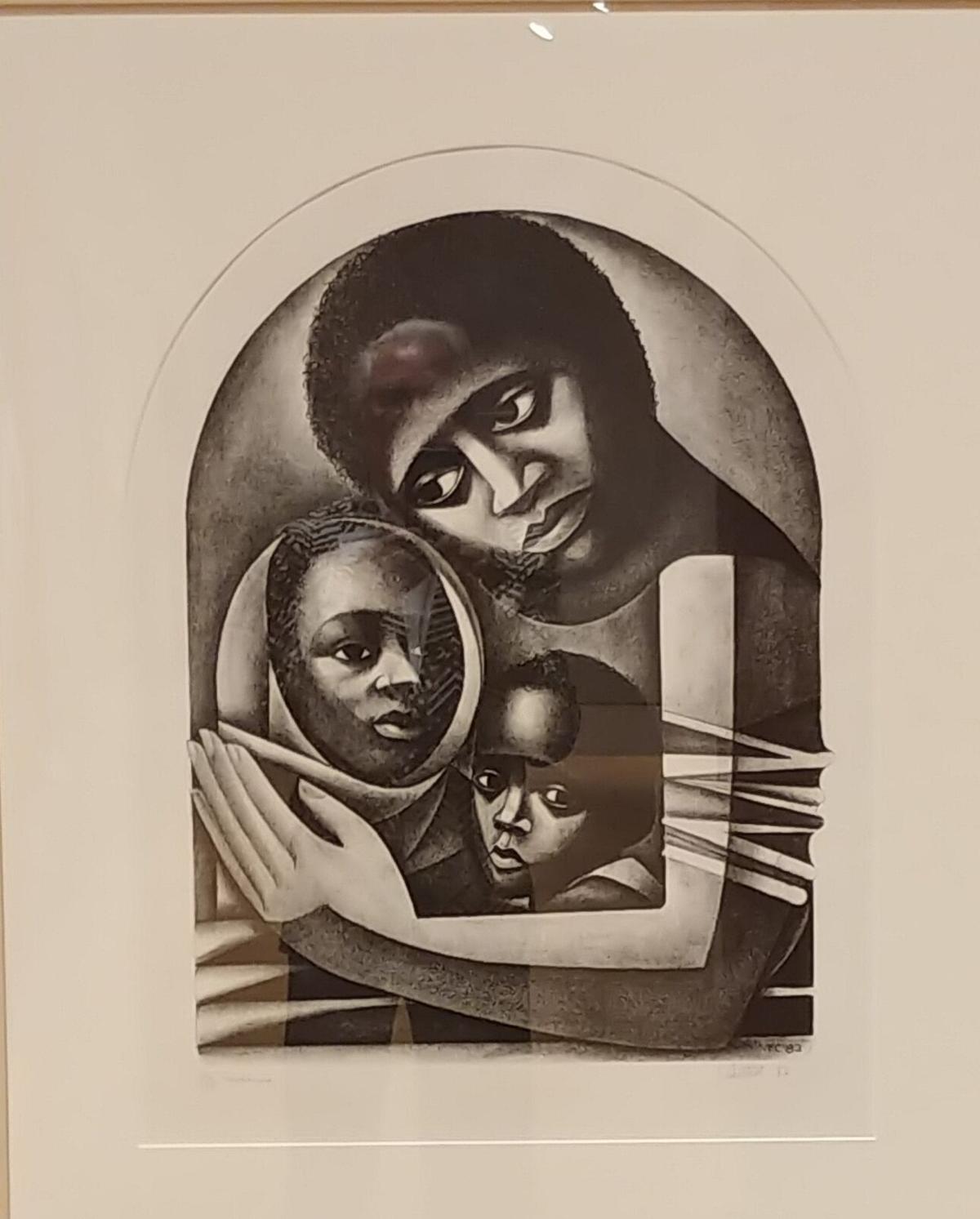 Social realism has never gone completely out of fashion. Not even in our country’s greatest periods of prosperity have artists completely lost touch with the downtrodden and the oppressed.

It was, of course, during the Great Depression that the term “social realism” came to prominence when artists in various visual and literary media focused their attention almost exclusively on the plight of those most significantly impacted by the dire economic conditions of the time. One has only to scan Dorothea Lange’s photograph “Migrant Mother” or peruse the pages of John Steinbeck’s novel “The Grapes of Wrath” to experience, even vicariously, the hardship endured by those depicted in these classic works.

Currently on view at the Columbia Museum of Art is the work of yet another artist, Elizabeth Catlett (1915-2012), who never lost touch with the social realist impulse that informs her artistic expression. A Rosenwald fellowship, funded by philanthropist Julian Rosenwald and targeted to African Americans artists and intellectuals from the 1920s to the 40s, fueled her study in Mexico in 1946. That key experience, especially her contact with socially conscious artists like Diego Rivera, confirmed her path as a social realist and activist. She eventually found an artistic sanctuary in Mexico at a time when life for a Black artist in this country – and a female artist to boot – held relatively few opportunities and posed many challenges.

The current show at the CMA can be divided into two parts: two-dimensional works – lithographs, serigraphs and woodcuts – and sculpture.

The graphic works focus almost exclusively on the human face and form. In this category resides the artist’s most famous image, a variation on a subject that she returned to time and time again in her creative life: the sharecropper. The current show contains a 1965 linocut simply entitled “Sharecropper,” depicting a female agricultural worker, her weathered face shielded from the sun by a broad-brimmed straw hat, the upper part of her shirt fastened by a safety pin. For Catlett, this particular individual is a stand-in for countless others in her position, hardworking tenant farmers caught in a position of economic bondage to those that owned the land they worked.

Visitors to the gallery spaces devoted to “The Art of Elizabeth Catlett” cannot help but be impressed by the number of times that the artist pays homage to the dignity and strength of women. Catlett herself once wrote: “You can be Black, a woman, a sculptor, a printmaker, a teacher, a mother, a grandmother, and keep a house. It takes a lot of doing, but you can do it. All you have to do is decide to do it.” These are roles that she herself played in her life, and we can witness these autobiographical elements in her work.

Herself a mother of three, for example, Catlett returned again and again to images of female parenthood, as in her depiction of a careworn mother sheltering in her embrace two young children in the 1982 lithograph entitled “Madonna.” And yet, transcending the domestic realm, Catlett was also for a good part of her life a woman in search of a path that would allow her to explore a fuller range of her creative talents. One can see this particular quest in her color lithograph entitled “Red Leaves,” wherein an African American female figure sits with a book in her lap, lost in reverie. In the background is a cascade of red floral shapes. Is this a vision of the tangled future through which she must blaze a trail? Notable as well is the fact that the pages or “leaves” of the book are blank as if the story of her life is yet to be written.

Catlett eventually became known for her tendency to blend the figurative with the abstract, and her sculpture offers perhaps the best examples of this merging of the two approaches. Two prime examples of this confluence of figurative and abstract forms are the mahogany sculptures “Magic Mask” with its single aperture in the middle of the “forehead” representing the third eye and “Maternity” whereby the viewer can peer into the interior space or “womb” of the urn-like body of the piece to see a child poised for emergence.

For those unacquainted with the work of this significant American artist, the current CMA show provides an excellent introduction. In addition to a representative sampling of Elizabeth Catlett’s work organized thematically, there is a timeline of career highlights emblazoned on one wall of the second gallery devoted to this exhibition and, in that same space, a collection of pieces by other artists who influenced Catlett or whom she herself impacted. The exhibition is therefore both an admirable showcase and an effective contextual exercise.