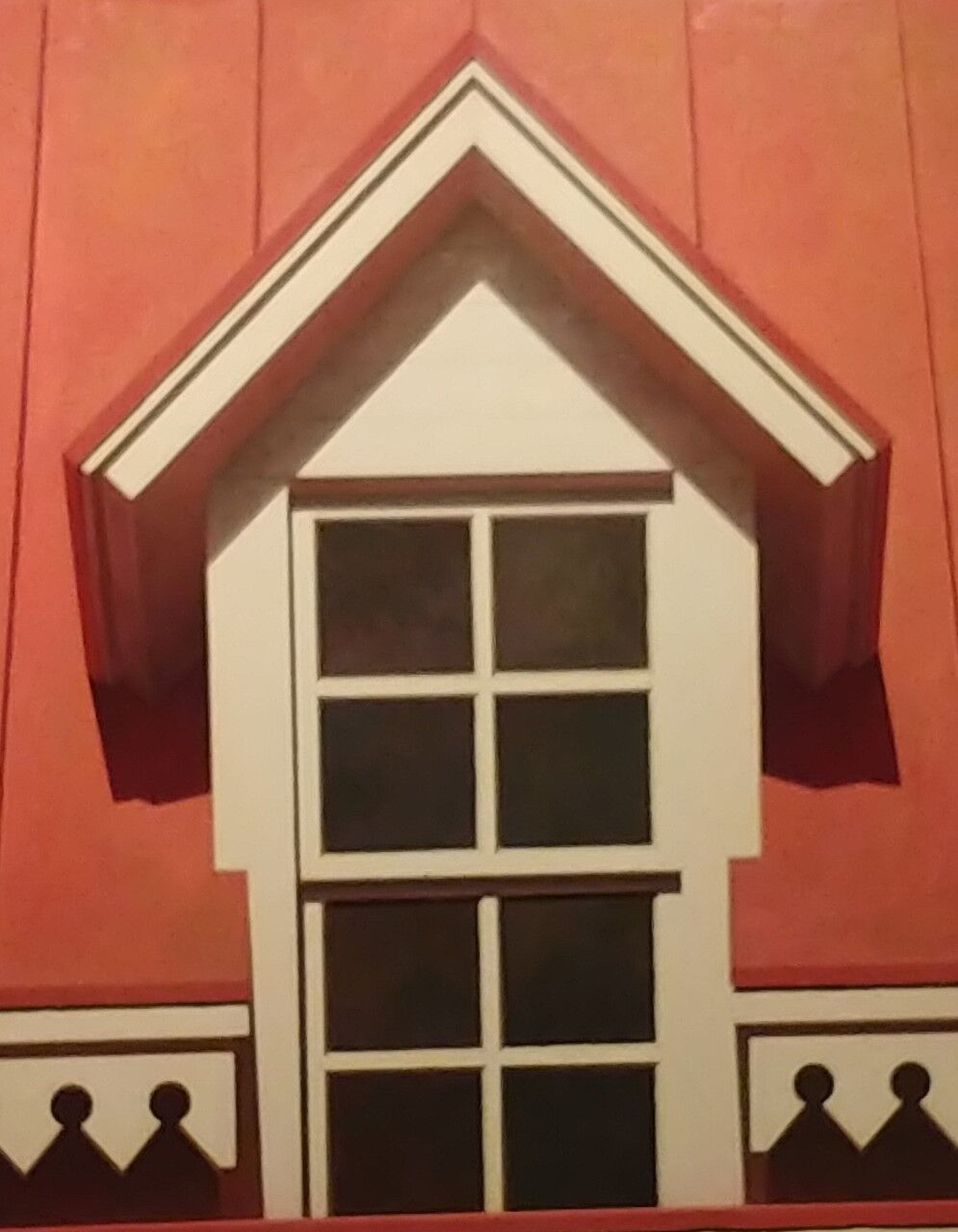 Newness is a basic human need. Scientists have discovered that our brains are preconditioned to seek out new things. Indeed, the ventral tegmental area of the human brain is apparently activated by novelty, as evidenced by the increased level of dopamine produced in response to any confrontation with unfamiliar objects and exposure to fresh experiences.

Until June 6, visitors to the Morris Museum of Art in Augusta can give a boost to their neurotransmitters by confronting its latest acquisitions. Nearly 30 recent additions to the museum’s permanent collection are on display in the Coggins Gallery off the second-floor lobby.

At any given time, only about 5% of the Morris’s permanent collection is on view to the public, so this is an excellent opportunity to see art that may not resurface again for years to come. Let me address a few of my personal highlights.

It is always a pleasure to be able to scan one of Ed Rice’s keenly observed and meticulously rendered architectural studies. The winner of a 2014 Governor’s Award in the Arts (formerly known as the Elizabeth O’Neill Verner Award), Rice has built his career on generating images that honor architectural history through the masterful manipulation of geometric forms. A centerpiece of the current show, a 2009-2010 oil titled “Carpenter Gothic” focuses on a single pointed-arched dormer window framed on each side by jig-sawn embellished bargeboards. These details common to a North American design style popular in the late-19th century pay homage to architecture as a fine art. The repeated emphasis on windows and doors that we find in Rice’s work also reinforces their symbolic function as portals to the past.

In 2014, Ed Rice was the subject of a short film titled “Preservation of Place.” Directed by documentarian Mark Albertin and produced by the Morris, the film features the artist at work in his North Augusta studio. A DVD of this fine cinematic effort is available for purchase in the museum shop.

Another new acquisition by a favorite artist of mine is a glass sculpture by Richard Jolley, who was the subject of a one-man exhibition at the museum in 2004. The piece recently added to the permanent collection is a female head “sculpted” from blown glass. The sandblasted surface of the head – from the neck to the elaborate updo – is blue green with applied violet spheres around the base to replicate a beaded necklace. “Enchanted” is the title of this fanciful work, and “enchanting” is the effect produced by Jolley’s skillful manipulation of this translucent material for which he has gained an international reputation.

In addition to the pleasure of examining “new” works by familiar artists, I was happy to encounter in this temporary exhibition pieces by artists heretofore unfamiliar to me. These include four baskets woven of white oak sapwood splits and runners of the coralberry or Indian currant by Arkansas-based fiber artist Leon Niehues. The forms of these interwoven receptacles resemble those of ceramic vases with their necks and elongated bellies. In essence, Niehues, who has been named an Arkansas Living Treasure, makes traditional wooden containers look new by experimenting with forms and materials.

Also noteworthy in the current show is a small-scale, oil-on-linen painting by contemporary Athens-based artist Ridley Howard. Since his graduation from the University of Georgia in 1996, the artist has built a reputation largely based on his “Shapes and Lovers” series, whereby he combines intimate interpersonal tableaus with boldly colored geometric forms. In “Neck Kiss #1, Striped Sweater,” for example, an erotic moment is captured in a square within a square. In the lower right square, a young man is caught in the act of gently smooching the neck of his girlfriend, who is sporting a sweater, one of whose stripes features the same lip-red tint that frames the off-center scene on the left side and top. An intimate act is thus depicted on an intimate scale.

These works and more are now on view at the first repository devoted solely to the art of the American South. Prepare yourself for a dopamine rush as you confront what’s new at the Morris Museum of Art. For more information, visit themorris.org.