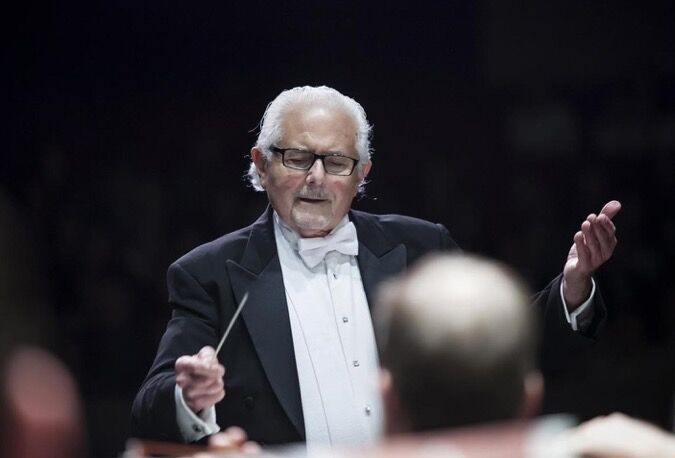 The Aiken Symphony Orchestra will present a series of eight concerts for its upcoming season.

ASO's seventh season will include national and world-renowned guest artists as well as the return of popular favorites including “Home for the Holidays,” and Handel’s “Messiah.”

The season will open Oct. 30 with a classical concert featuring internationally acclaimed pianist Marina Lomazov who will be playing the Tchaikovsky Piano Concerto, No. 1, Opus 70, B Flat Minor.

Hugh Panaro also will return for the ASO Pops Concert, "Bravo Broadway." Panaro’s resume includes Broadway performances as Phantom in “Phantom of the Opera,” as well as title roles in “Les Miserables.”

In a departure from previous seasons, the coming season will feature several guest conductors, giving patrons an opportunity to evaluate and be exposed to new and very talented orchestral directors. As in the past, preceding each classical concert, Dr. Donald Portnoy and a guest conductor will present “Illuminations,” a pre-concert talk . All classical concerts take place at 7:30 p.m. at the USC Aiken Etherredge Center. The Nov. 21 concert will begin at 3 p.m.

Ukrainian-American pianist Marina Lomazov will perform Symphony No. 7, Opus 70, D Minor by A. Dvorak and Piano Concerto No. 1, Opus 23, B-Flat Minor by P.I. Tchaikovsky. A Juilliard School graduate, Lomazov has given major debuts in New York, Boston, Chicago, and with national and international symphonic orchestras.

An Illuminations talk will be held prior to the concert starting at 6:30 p.m.

New York City-based Claire Bryant is a graduate of The Juilliard School and the San Francisco Conservatory of Music. She will perform Symphony No. 2, Op. 17, C Minor (Little Russian) by P.I. Tchaikovsky and Cello Concerto No. 1, C Major by J. F. Haydn on the cello.

She has served as assistant faculty at The Juilliard School from 2007-2012. She has performed as a soloist with orchestras from South Carolina to California and internationally from Honduras to Finland.

Opening this year’s Christmas Pops performance will be an orchestral overture of Christmas favorites, which will also include the Aiken Civic Ballet dancing to the Nutcracker Suite by P.I. Tchaikovsky.

This year’s Christmas Pops will feature television and Broadway stars Rachel Potter and Patrick Thomas who will perform solo and duet in a variety of popular Christmas songs and carols accompanied by the orchestra.

Potter was cast on Broadway as Ariel in the “Voyage of the Little Mermaid,” as Belle in “Beauty and the Beast,” and Nemo in “Finding Nemo.” She also played Wednesday Addams in the musical version of “The Addams Family.”

Thomas has had roles in “3rd Rock from the Sun,” “Murder She Wrote,” “Addams Family Reunion,” “American Hero,” “The B Boy Who Saved Christmas” and others.

This will be Potter's and Thomas’ ASO Christmas Pops debut.

The ASO and the Aiken Symphony Festival Chorus will perform Handel’s Christmas masterpiece of the Baroque period. Soloists returning for the performance will include Diana Amos, soprano; Rachel Calloway, mezzo-soprano; Dominic Armstrong, tenor; and Jacob Will, baritone.

An Illuminations talk will be held prior to the concert at 6:30 p.m.

Dr. Ari Streisfeld holds degrees from the Eastman School of Music, Northwestern University and Boston University. He is currently an assistant professor of violin at the USC School of Music. He has garnered critical acclaim worldwide for his performances. He will perform Violin Concerto No. 5, K219, A Major (Turkish) by W. A. Mozart and Symphony No. 5, B Flat Major by F. Schubert.

Yuriy Bekker is a critically acclaimed violinist and conductor. He will perform Enigma Variations, Op. 36 by E. Elgar and Violin Concerto No. 1, Op. 26, G Minor by M. Bruch.

An Illuminations talk will be held prior to the concert at 6:30 p.m.

The ASO Presents Bravo Broadway, 7:30 p.m. May 14 at the Etherredge Center